Moderna Museet in Stockholm, Sweden presents Gerard Byrne's film Jielemeguvvie guvvie sjisjneli (Film inside an image) (2016) from 8 April until 3 September 2017.
Shot at the Biological Museum in Stockholm, the film presents a new and twisted vision of Nordic nature as seen by the Irish artist. Built in 1893, the Biological Museum was the first to use a large-scale diorama, positioning three-dimensional objects against a painted backdrop to give the illusion of animals or people in their natural habitat.
Based on the museum's setting, which features animals native to Sweden against a backdrop by wildlife painter Bruno Liljefors and lit by a single source of light from the windows in the ceiling, Byrne compares the similarities of the museum to that of a camera. At a time when film and photography were still in their infancy, visitors to the museum had an opportunity to experience the Nordic wilderness in the middle of a buzzing city.
Jielemeguvvie guvvie sjisjneli (Film inside an image) captures this setting in one unbroken track of the camera – the animals appearing as if they have paused mid-movement. The work is reminiscent of Byrne's earlier video installations, which recycle images and conversations from various media and epochs, exploring our perceptions of the contemporary world while revisiting history.
Click here for more information on Gerard Byrne's Jielemeguvvie guvvie sjisjneli (Film inside an image) at Moderna Museet. 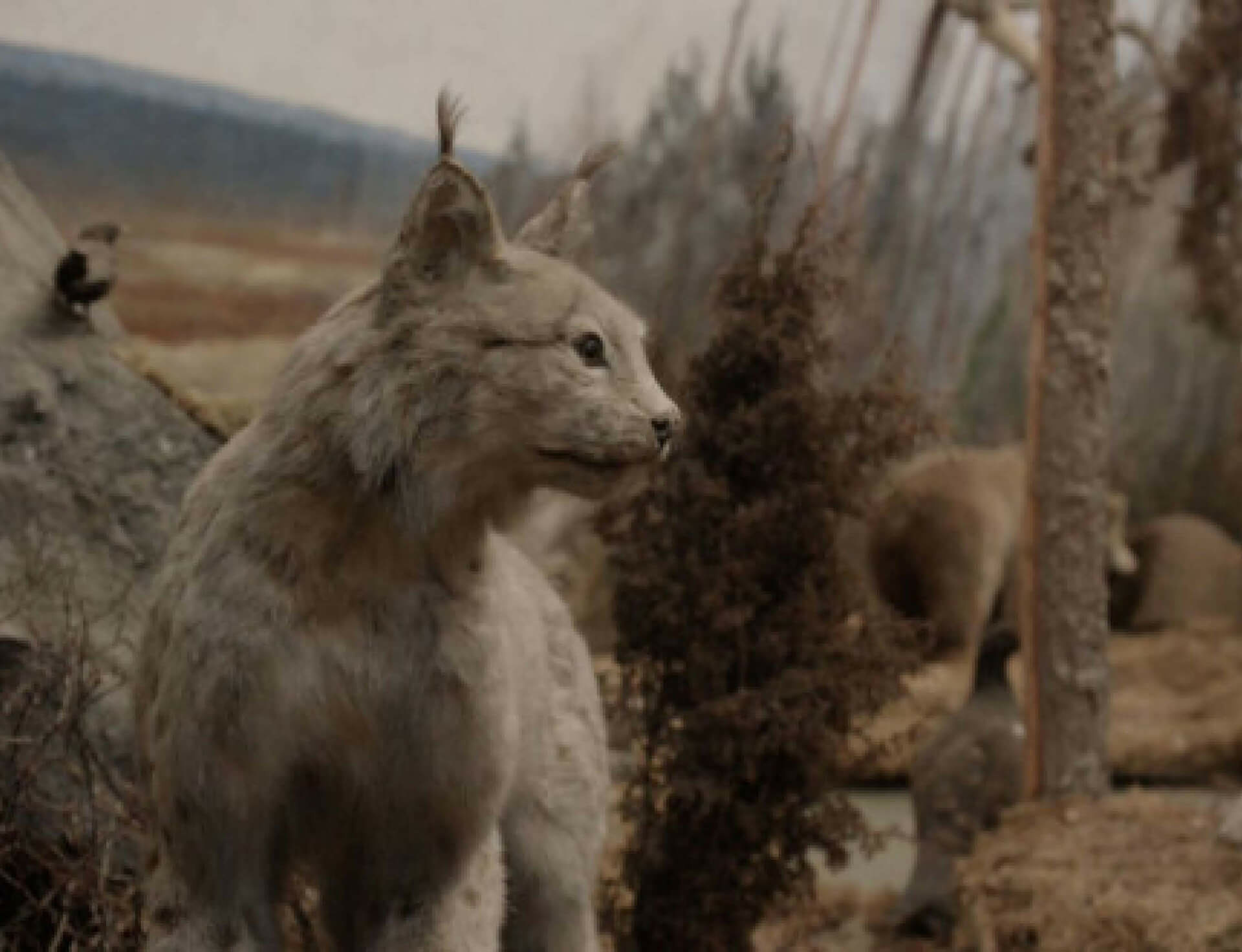