Created after the artist met Professor Noam Chomsky, the new satirical play features Chomsky onstage alongside Elon Musk, Ayn Rand and Karl Marx, with a zany plot involving a technology contest, a contraption called the Print-a-Friend and a surprise appearance by Donald Trump. Making its world premiere at MIT's Simmons Hall on April 26 and 27, 2018, ‘Manufacturing Mischief’ has been conceived as part of Reyes' residency as the inaugural Dasha Zhukova Distinguished Visiting Artist at the MIT Center for Art, Science & Technology.
"My goal is to create a new puppet play that deals with issues of technology, ideology and the current political climate from a critical perspective, while also serving as entertainment and speaking both to scholars and a broader audience alike," says Pedro Reyes. "My time at MIT has been influential in creating this piece, and it is an honor to create a work inspired by Professor Noam Chomsky." (More info here)
Reyes has integrated theatre into his repertoire since 2008, often using handmade puppets from Japan inspired by the Bunraku tradition. His puppet plays include The Permanent Revolution (2014) on the life of Leon Trotsky and other political satires featuring key figures in the history of philosophy, such as Karl Marx and Adam Smith.
Following the world premiere at MIT, ‘Manufacturing Mischief’ will travel to Carnegie Mellon University in Pittsburgh and to The Tank in New York City.
Read more about the project in the The New York Times. 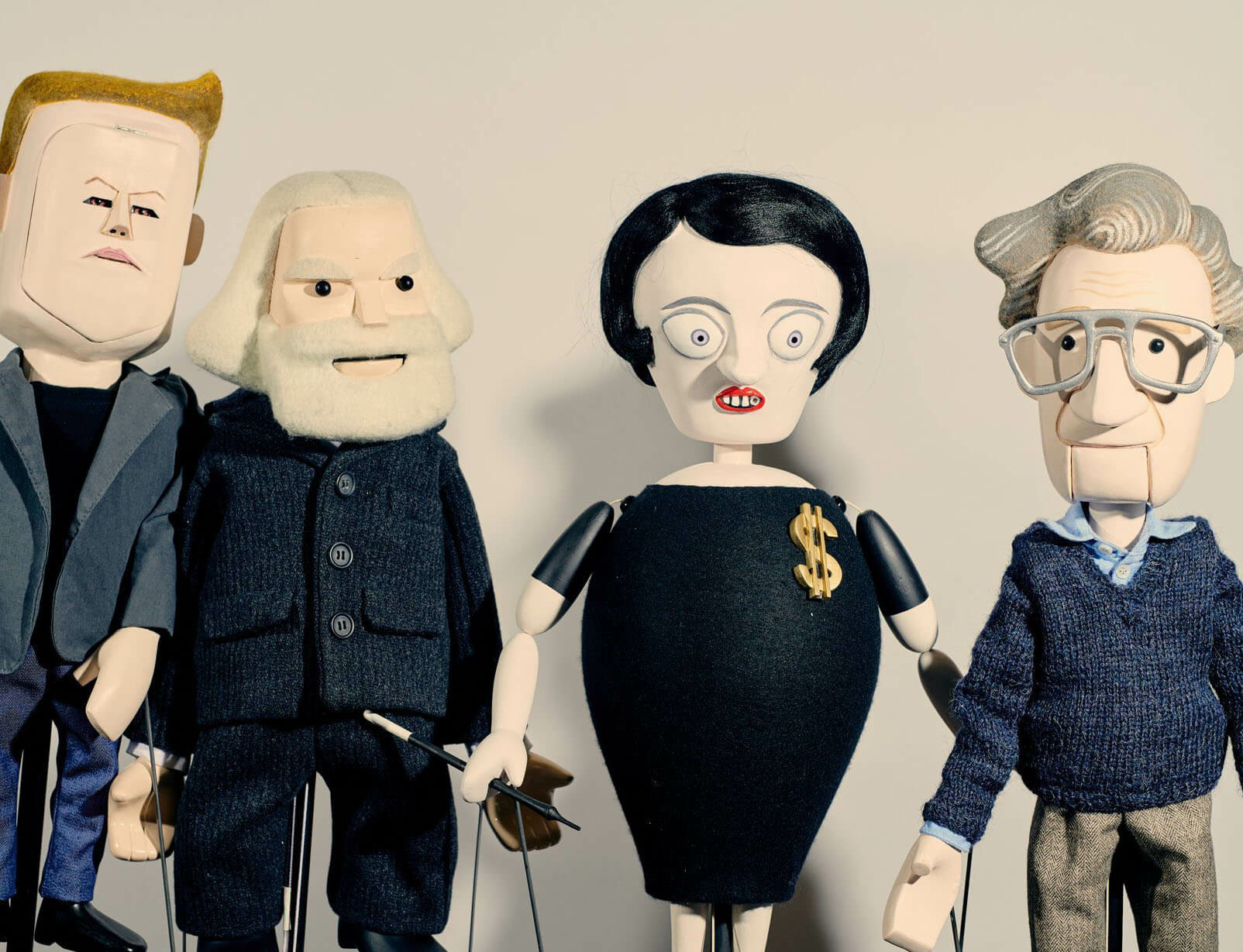