From 3 November 2016 – 5 March 2017, the Museum of Contemporary Art Australia (MCA) presents a new exhibition by Tatsuo Miyajima entitled Connect with Everything. One of Japan's leading contemporary artists, Miyajima is known for his immersive and technologically driven sculptures and installations. This is the artist’s first major exhibition in the Southern Hemisphere and is exclusive to Sydney, shown as part of the Sydney International Art Series 2016–17.
Miyajima's vast installation Mega Death, which was first presented at the Venice Biennale in 1999 when the artist represented Japan, forms a key highlight of MCA's exhibition. Mega Death is a room-scale installation of brilliant, blinking blue LEDs, each representative of human life or energy. A silent, twinkling memorial to the death during the Second World War recalling Hiroshima and Auschwitz, the lights are programmed to switch off at intervals, plunging viewers into complete darkness momentarily, before lighting up and counting once more.
Another highlight of the MCA exhibition is a recent installation, Arrow of Time (Unfinished Life), which was recently presented at The Met Breuer, New York. Central to Miyajima’s practice are numerical counters that count from 1 to 9 repeatedly using light-emitting diodes (LEDs), which then go dark momentarily. For Miyajima, the repetition of numbers, along with the shift from light to dark, reflect the importance of time. The artist draws inspiration from Buddhist philosophy with its exploration of mortality and the human cycles of life, death and renewal.
Other works included in the show, such as Changing Time with Changing Self (2001) and Warp Time with Warp Self (2010), immerse visitors in a different way. They bathe people in coloured light, surround them from above and below, and reflect them through the use of polished, reflective surfaces including glass and mirror. This concept is what Miyajima calls "Art in you". Despite his use of high-end technology, Miyajima has also harnessed elemental materials – water, earth and coal – for some works. Counter Coal (2008/2016), for example, comprises a vast black mound of coal in the gallery, punctuated by red LEDs. In the MCA exhibition, a second work wraps around its perimeter. Entitled Time Train to the Holocaust (2008/2016) it features a model train that hauls tiny blue counter gadgets in its wagons.
These key sculptural and immersive installations are accompanied by paintings, works on paper and performance videos. In the 1990s, Miyajima commenced a series of live works where actors or Miyajima himself repeatedly counted down from 9 to 1, and back up again. At each interval the performers would submerge their face into a bowl of liquid (water, milk or red wine) suggesting the fluids of life. An example of this work, including Counter Voice in the Water at Fukushima (2014), will be presented at the MCA.
For more information on the exhibition, please visit www.mca.com.au/exhibition/tatsuo-miyajima/
Image: Tatsuo Miyajima, Arrow of Time (Unfinished Life), 2016, LED, IC, electric wire, iron. Courtesy Tatsuo Miyajima, The Metropolitan Museum of Art and Lisson Gallery © the artist Photograph: Thomas B. Ling. 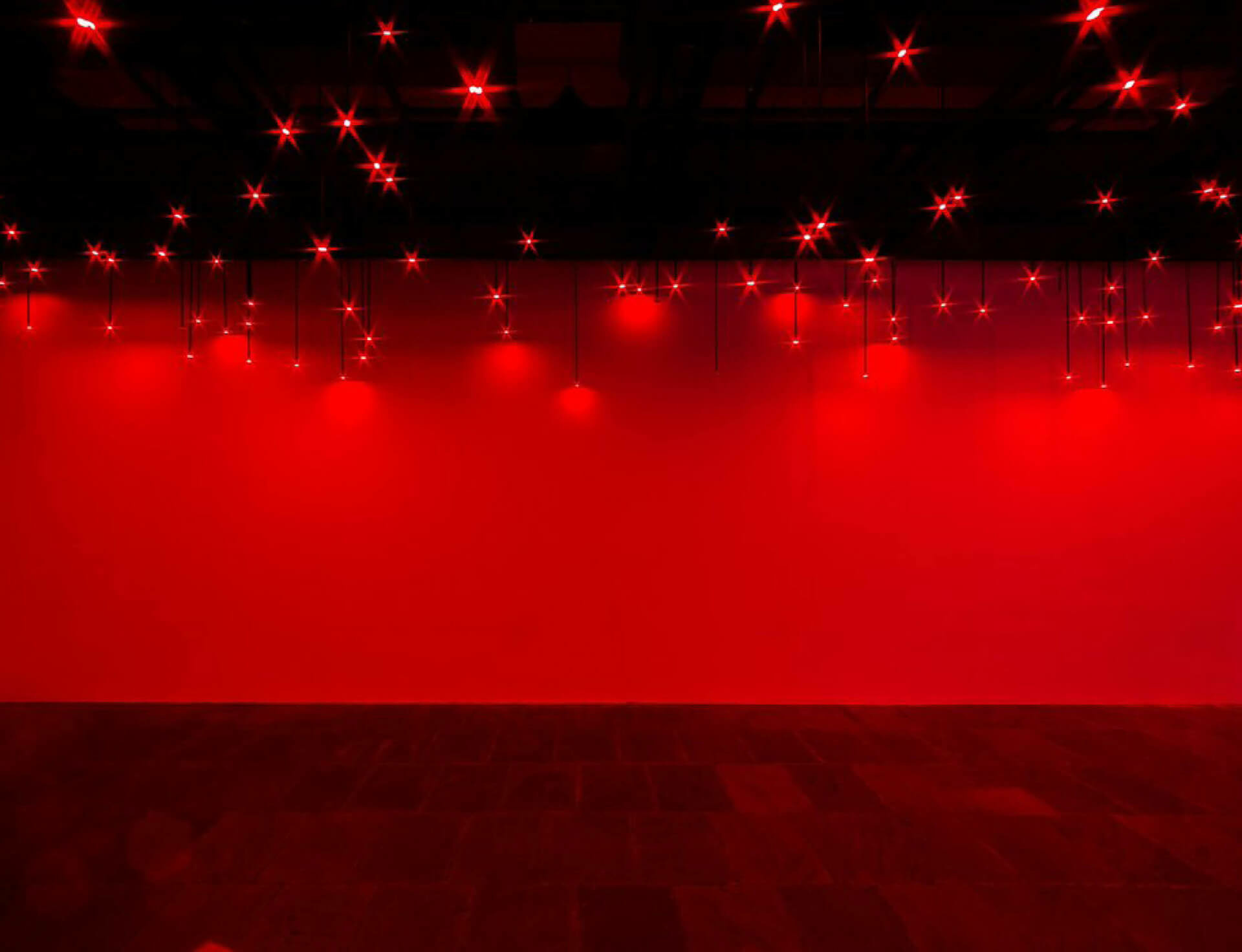