Marina Abramović in London: death, Maria Callas and breaking the rules of Opera

Ahead of her dramatic operatic takeover in London, we spoke to Marina Abramović about ‘Seven Deaths’, her multifaceted homage to soprano Maria Callas

‘I’m an international gypsy with two suitcases running from place to place!’ enthuses Marina Abramović only moments into our conversation. Halfway through a four-month trip that includes 19 stops, the indefatigable artist is back to her nomadic ways after an unplanned sabbatical – prompted by the Covid-19 pandemic – of reading books, growing vegetables, and planting trees in the countryside.

For now, the Serbian performance artist is in London to open a duet of solo exhibitions across Lisson Gallery’s spaces on Cork Street and Lisson Street, the culmination of her lifelong preoccupation with Greek American opera singer Maria Callas. An immersive film installation, Seven Deaths, captures a series of heart-rending demises that Abramović undergoes on-screen, to the soundtrack of seven Callas solos.

The artist’s fascination with the ill-fated diva began in her grandmother’s kitchen in Belgrade, when she was 14 years old. From the radio, an unfamiliar voice – Callas’ voice – pierced the space. ‘I remember standing up in the middle of the kitchen and starting to cry. It was immediately emotional. And I have no idea why,’ she says. Now 74, Abramović has spent much of her life endeavouring to make a work in tribute to the woman who inspired her.

Ideas for the project percolated in various guises over the decades, from film to a theatre play. Abramović settled on an opera – an unlikely medium for the radical performance artist – with 7 Deaths of Maria Callas, which debuted in Munich last year. ‘I am secure in my skin as a performance artist, so I was interested in doing something new, to go into a world that I had never been to before,’ says Abramović of her first foray into the traditional art form. ‘The opera world has such strict rules – so it’s a good thing to break them.’

And break them she does. Joined by long-term collaborator, actor Willem Dafoe, the artist adds a new twist to the macabre fates she meets in the course of an hour and 50 seconds in her film homage at Lisson: from consumption (set to La Traviata); to jumping (Tosca); strangulation (Otello); harakiri (Madama Butterfly); knifing (Carmen); madness (Lucia di Lammermoor) and self-immolation (Norma). Here, Abramović commits to her different characters – herself, Callas, or the jilted bride, among others – with abandon.

"Marina Abramović: Seven Deaths" is on view at 22 Cork Street through 17 October and at 67 Lisson street through 30 October. 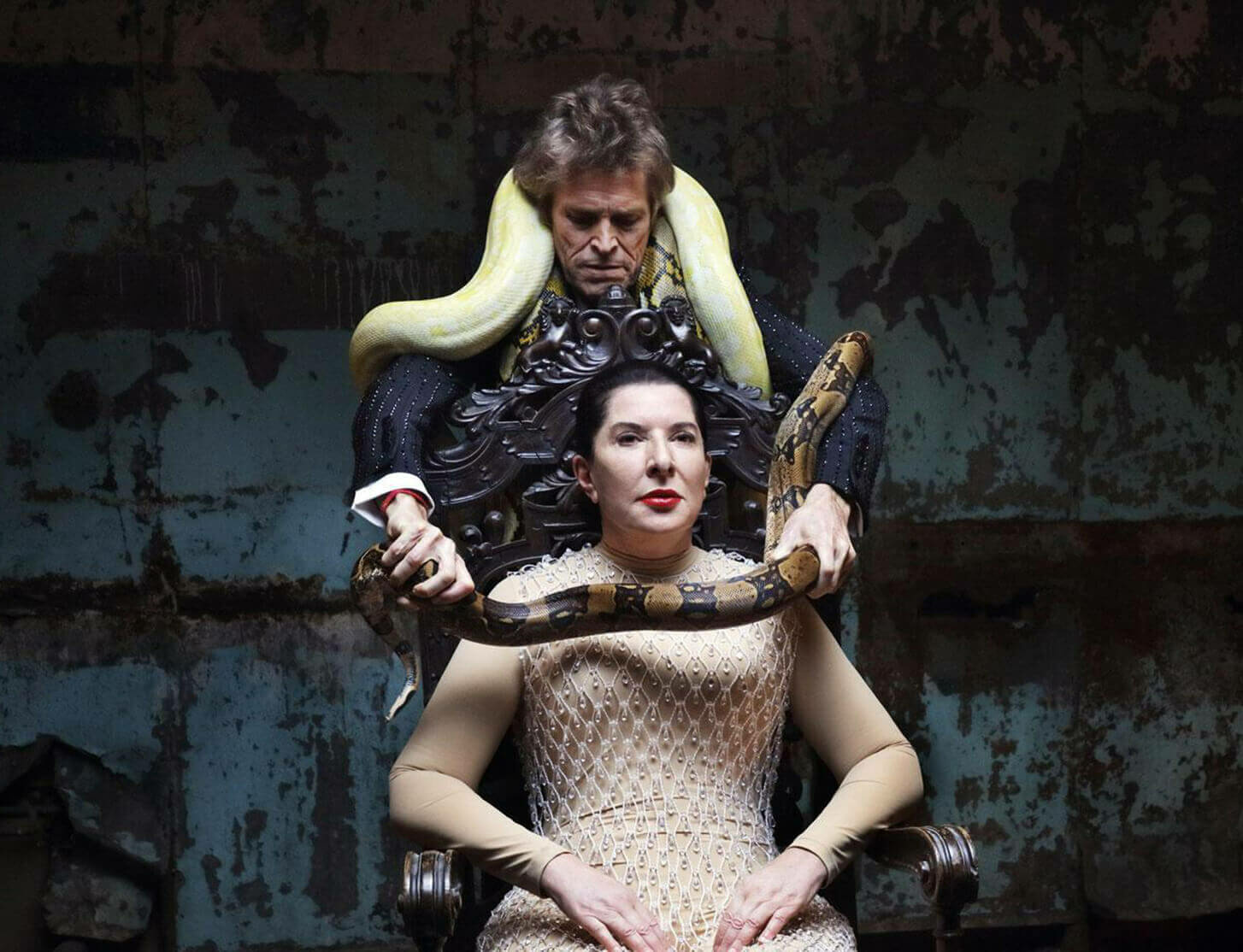