Even in this acute moment in our history, the artist is able to slow down his looking to find and celebrate the beauty of human determination.

Charles Baudelaire said in his 1863 essay that the “painter of modern life” is the “passionate observer” who can be “away from home and yet […] feel at home anywhere.”

Among contemporary artists, the Chinese observational painter Liu Xiaodong is the closest embodiment of Baudelaire’s ideal that I know. For years, he has been, in the words of Baudelaire, an “independent, intense, and impartial spirit” who observes the “ebb and flow” of the world around him. This has led him to set up a temporary studio near an orphanage in Greenland and one among Uyghur jade miners in China’s harsh northwest.

Liu recently told me by email that he was in Eagle Pass, Texas — the first United States settlement on the Rio Grande — from January 28 to February 17, 2020, working on a series of large plein-air portraits for his exhibition Liu Xiaodong: Borders at the Dallas Contemporary. The show, which was scheduled to open this spring, has since been indefinitely delayed.

After Liu finished, he came to New York, where he met up with his wife, the painter Yu Hong, and their daughter, Liu Wa, also an artist, who were visiting for other reasons. Because of COVID-19, their flight to Beijing was cancelled, and they have been stranded in New York for months. In the masked, socially distanced conversation I had with him and Yu in the West Village, late in the afternoon on June 26, Liu told me that he had been studying to improve his English and working on watercolors every day (images of which he had been sending me). 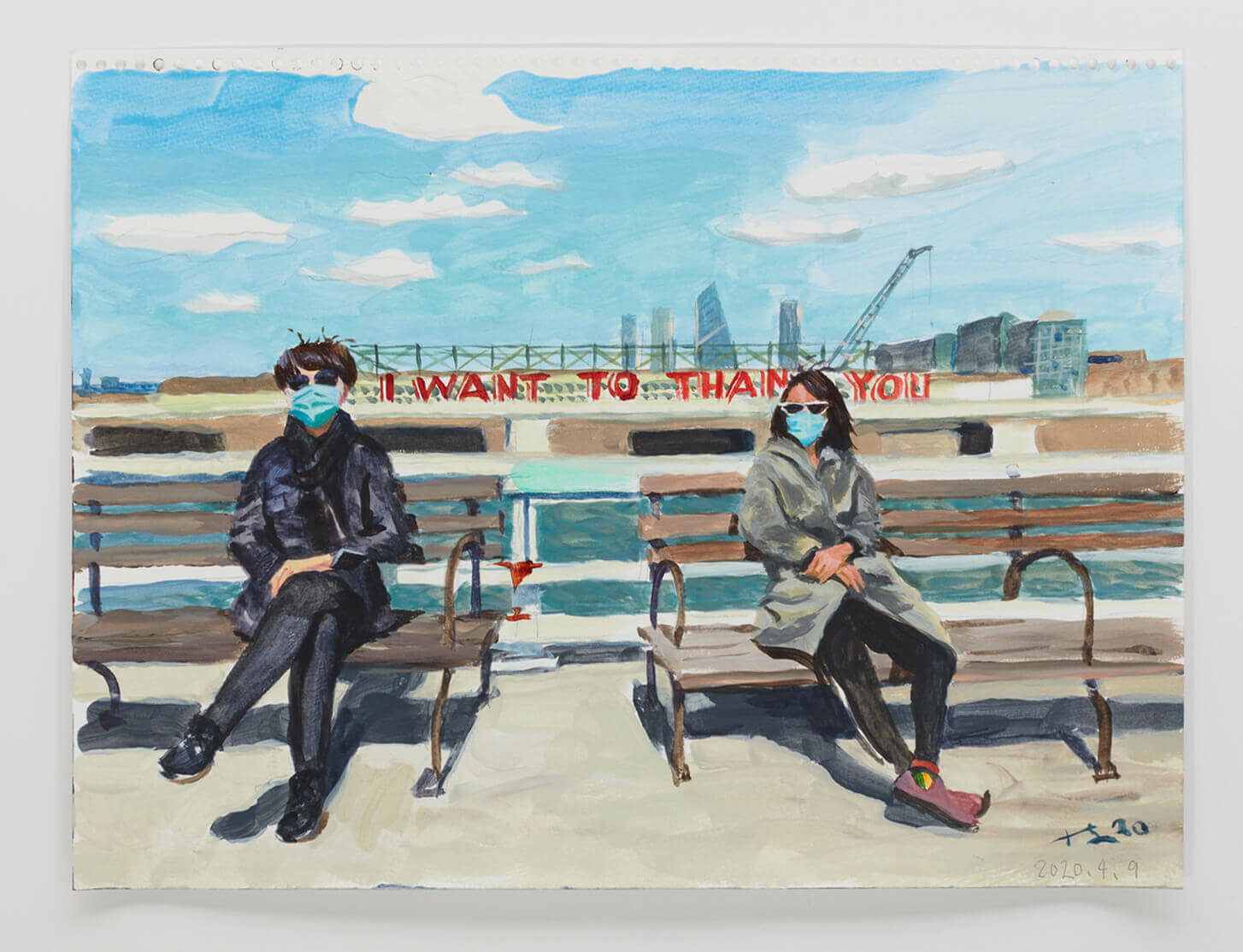