Lisson Gallery's presentation at Frieze London this year centres on the theme of the performative self. Bringing together works that highlight issues of gender, sexuality, the body, politics and race, the booth will invite the audience’s participation in considering their own perceptions and parameters of identity.

The Frieze London presentation complements the gallery’s wider activity – on and off-site – this autumn, with the opening of exhibitions by Dan Graham and Rodney Graham on 3 October, alongside a series of special, one-off performances throughout September and October, celebrating and exploring the act of performance and self-expression.

As a precursor to the fair, on 14 September, Haroon Mirza with Daria Khan and Mimosa House present a one-night event of live performance titled ‘Supernature in Two Parts’, exploring the supernatural powers of humans, plants and minerals. Following this, on 30 October, Dan Graham will present an evening of performances in his ‘stage set’ at 27 Bell Street, with special guests Thurston Moore of Sonic Youth, and the British rock band, The Raincoats.

At the fair, Lisson Gallery’s booth will feature work by artists who, at the core of their practice, seek to explore, analyse and provoke the notion of identity, with artists including Marina Abramović, John Akomfrah, Broomberg & Chanarin, Nathalie Djurberg and Hans Berg, Susan Hiller, Liu Xiaodong, Tony Oursler and Laure Prouvost.

Liu Xiaodong will present his painting, Sasha in skin coloured tights (2018), revealing a full-length nude portrait of an actress, Sasha Maria von Halbach. This was realised during Xiaodong’s residency in Berlin in advance of his major show in Dusseldorf, ‘Slow Homecoming’, where the work premiered. The work exposes the physical plurality of a transgender woman through an intimate act of revelation. Liu is renowned for placing individuals deemed minorities in society within the canon of classical portraiture and history painting.

The booth will also feature the early seminal work, 10 Months, by Susan Hiller: a personal documentation of her pregnancy in 1976-77 where the artist recorded the external and internal changes she experienced. The result is a series of nine photographs of her pregnant belly, accompanied by journal excerpts, corresponding to the lunar months.

Broomberg & Chanarin, an artistic duo known for tackling politics, religion, war and history, will present Return now and take me (i - viii), 2010. Produced in Cairo ahead of the 2011 civil unrest, the artists inscribed the lines of Constantine Cavafi’s intimate poem Return now and take me onto the glass windows of used taxi windows. On returning to London, they produced a series of black-and-white portraits of trans-men, which they mounted behind these glass panels to complete the work.

Serbian performance artist Marina Abramović, who pioneered the use of the body as both a subject and a medium, will display her film, The Lips of Thomas (1975-1993) – a performance piece where she pushes her body to its physical limits. Withstanding pain, exhaustion and danger in her quest for emotional and spiritual transformation, Abramovic’s 40-year career has embraced themes from self-discovery, sexuality, the female body and objectification to danger, endurance and pain.

The presentation at Frieze London this year will also feature a freestanding pavilion at the core of the booth, designed by Thomas Croft Architects, dedicated to film. A curated series of works will be presented during the week, including John Akomfrah’s Transfigured Night (2013), Laure Prouvost’s DIT LEARN (2017), and Nathalie Djurberg & Hans Berg’s two new works, Snake With a Mouth Sewn Shut, or, This is a Celebration and One Need Not be a House, The Brain Has Corridors (2018). 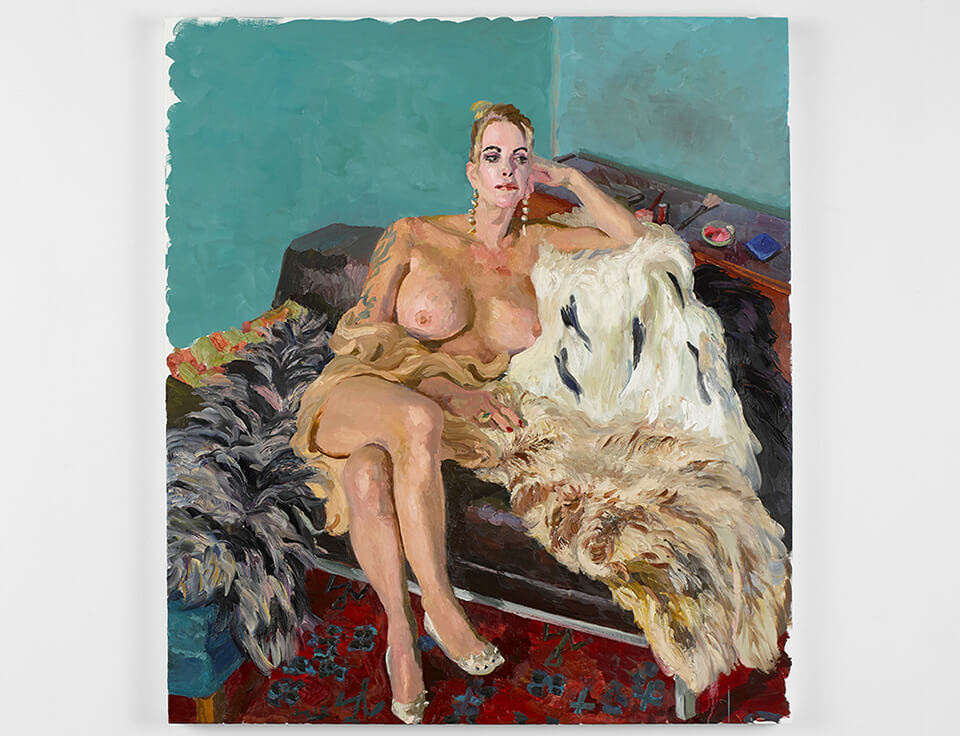