Lisson Gallery launches publication in celebration of its 50th anniversary

Available from October 2017, ARTIST | WORK | LISSON documents the history and legacy of Lisson Gallery over the past 50 years. Under the art direction of famed Dutch designer Irma Boom, the publication features an A-to-Z of every artist who has had a solo exhibition at the gallery: from ABRAMOVIC, AI, AKOMFRAH, ANDRE and ARCANGEL to RYMAN, SANDBACK and WEINER.

The gallery’s extensive and unique archive provides the publication with more than 2,000 illustrations gathered from five decades of resources. Running over 1,000 pages, the book provides a double page spread to each artist for each exhibition he or she has had at the gallery – over 500 exhibitions in total. Each artist’s section is accompanied by a short narrative, notable review or previously published extract by many of the finest writers of the last half century including: Stuart Morgan, Okwui Enwezor, Iwona Blazwick, Germano Celant, Chrissie Iles, Lisa Phillips, Roberta Smith, Homi K Bhabha, Tom McCarthy and Robert Storr. Critical texts are placed alongside sketches by artists such as Richard Deacon or hand-drawn layouts for catalogues by Sol LeWitt, as well as installation instructions from Carl Andre or exhibition notes by Dan Graham. The publication also contains images of postcards addressed to the gallery’s founder Nicholas Logsdail over the last 50 years, from artists including Ceal Floyer, Shirazeh Houshiary, Anish Kapoor, On Kawara and Richard Long.

As well as a deep collection of textual, archival and visual material, ARTIST | WORK | LISSON includes a number of short essays by Nicholas Logsdail and other members of Lisson Gallery, including Greg Hilty (Curatorial Director), Alex Logsdail (International Director) and Ossian Ward (Head of Content). Since its inception in 1967, Lisson has had a presence on Bell Street near Edgware Road station in London and now encompasses two locations in the area and two in New York. The publication captures a snapshot of the evolving art scenes of these communities over the last half-century, as well as various locations around the world through the gallery’s participation in art fairs, biennales and off-site projects. These contributions, distributed throughout the book, address specific themes relevant to the gallery’s unrivalled longevity and position at the center of international contemporary art.

The cover of ARTIST | WORK | LISSON has been specially designed by Daniel Buren, who has been exhibiting at Lisson Gallery since the 1970s. Limited edition covers by several gallery artists, including Broomberg & Chanarin, Ceal Floyer, Julian Opie and many more, will also be available.

The book will be distributed by Cornerhouse Publications and will be available to purchase here. 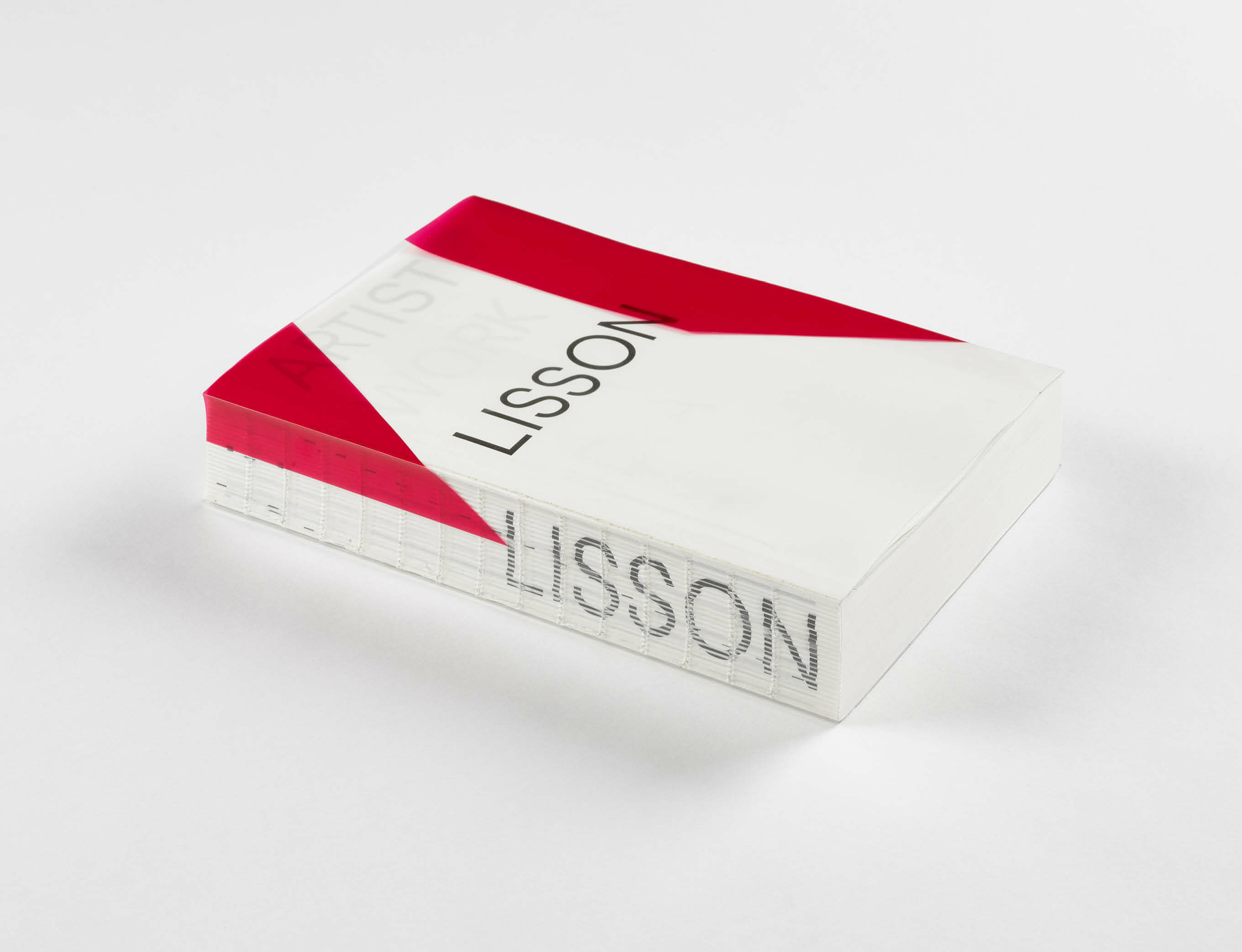