Lisson Gallery is delighted to return to West Bund Art & Design for the fair’s 2022 edition with a selection of new and historical works by its artists. Coinciding with the first solo presentation by Julian Opie in Lisson’s new Beijing gallery, the booth will feature iconic portraitures by the British artist, as well as paintings by Allora & Calzadilla, Peter Joseph, Christopher Le Brun, Anish Kapoor, Joanna Pousette-Dart, photopraphy by Marina Abramović, alongside sculptures by Olga de Amaral, Richard Deacon and Tatsuo Miyajima.

At the centre of the booth is a vibrant red sculpture by Kapoor. Behind this is a large-scale painting by the artist entitled Shudder (2021). Although Kapoor only recently began exhibiting his paintings – including his recent painting show that inaugurated Lisson Beijing – painting has been a fundamental element of his practice for decades. An extension of his wider oeuvre, Kapoor continues to delve into the concept of the object in space, now also through painting.

Alongside Shudder is Poblado D (2014), a shimmering and intricate sculpture by Olga de Amaral, whose appearance marks the artist’s debut in China. Amaral’s works result from a layering of multiple materials and a meticulous process of covering, building, weaving and constructing that creates a tightly composed pattern. The surface of Poblado D (2014) is comprised of tiny linen squares covered with gesso, paint and gold leaf, seamlessly blending together geometric and fluid arrangements of painted and gilded strands into one.

In the viewing room of the booth is a portraiture of four figures walking in unison by Julian Opie, whose first exhibition with Lisson Beijing this November will feature a series of new works. In parallel with his appearance at West Bund, Opie’s major exhibition ‘OP.VR/HEM@shenzhen’ is currently on view at MIXC World, Shenzhen featuring the debut of his latest virtual reality work. Complementing Opie’s work in the same viewing room is a panel painting by Joanna Pousette-Dart that suggests a sense of flux, movement and ambient light that one encounters in nature, alongside a stainless steel sculpture entitled Alphabet U (2015) by Richard Deacon, whose solo exhibition is currently on view at Lisson Shanghai.

The presentation also highlights Aeolian Chart (2022), a blue watercolor on paper by Allora & Calzadilla. Through a complex research-oriented practice, the Puerto Rico-based artist duo critically address the intersections and complicities between the cultural, the historical and the geopolitical. The work depicts wind direction and speed as it moves across a particular region in the world. The textual and numerical information that normally appear in wind forecasts, however, is replaced with world events in maritime history, resulting in a new map in which the wind movement and speed of the present overlaps with past events.

Lisson’s West Bund selection also includes a pair of black and white photography by Marina Abramović, a work balancing on the precipice between painting and sculpture by Jason Martin, and a LED numeral installation by Tatsuo Miyajima. 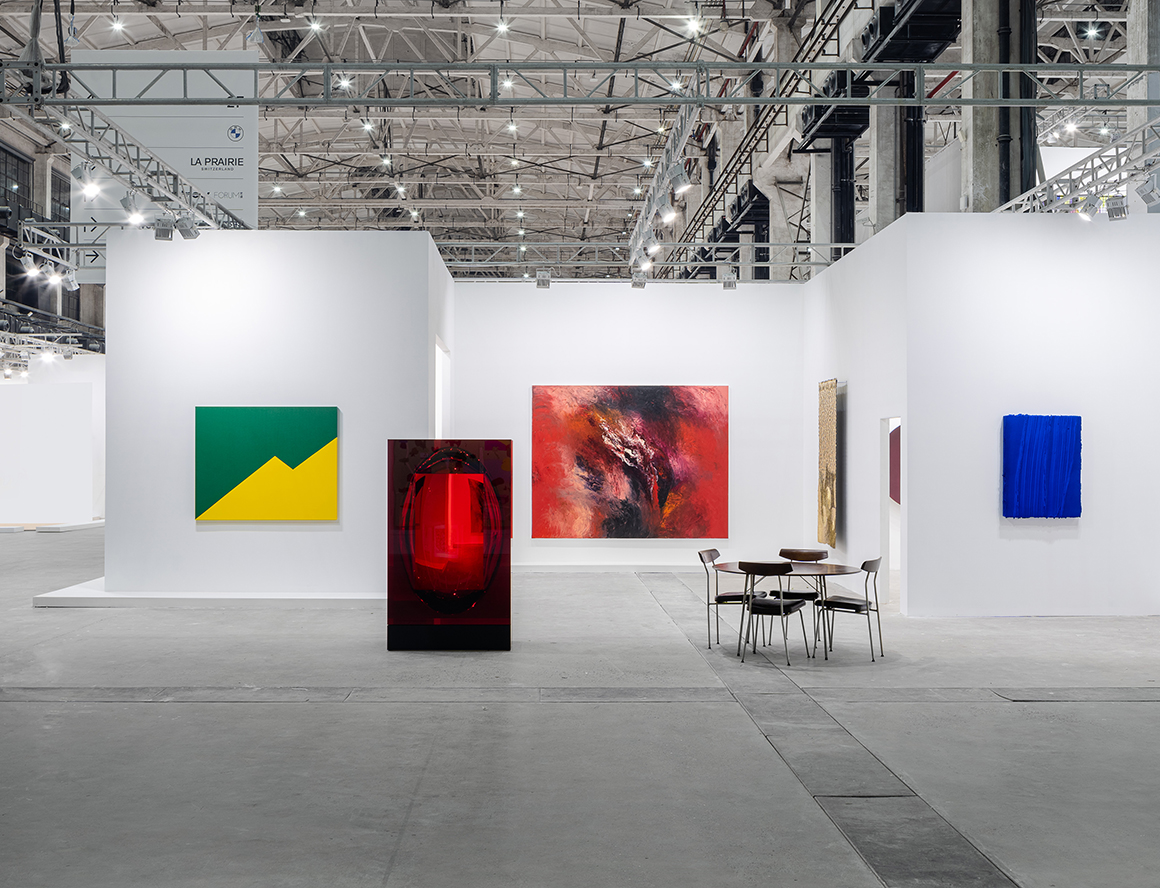