Lisson Gallery is delighted to return to Art Basel for its 2021 edition with a selection of new and recent works by a range of the gallery’s artists. Alongside painting by Rodney Graham and Stanley Whitney, sculpture by Ai Weiwei, Anish Kapoor and Pedro Reyes, and a new large-scale wall piece by Lawrence Weiner, Lisson is also pleased to present works by artists that have more recently joined its roster – Olga de Amaral and Masaomi Yasunaga – both of whom held their inaugural exhibitions with the gallery this year.

Flecks of gold leaf permeate the otherwise densely coated contours of Amaral’s Sol rojo doble (2013), the layers of which are intermittently held together by miniscule, precise stitches. This presentation is the first by Lisson of Amaral’s work in Europe, following an exhibition of her work at its East Hampton space in August. Alongside this, an acrylic on canvas work (What it Takes, 2013) and a monumental Estructura (Gemini, 1971/2019) by Carmen Herrera exemplify the artist’s command of form and space through both painting and sculpture.

Also highlighted in Lisson’s Art Basel selection are two paintings from a new series by Rodney Graham that continue his explorations into texture and composition. A gouache on cardboard work by Hélio Oiticica, Untitled (1955), similarly displays the influence of Modernism and Abstraction on the artist’s early painted works, while a boldly coloured 1969 shaped canvas work by Leon Polk Smith, 25 modules, showcases Smith’s committed exploration into the possibilities of perception of space within the painted surface. Square Moiré Sampler (in two sections), a rare large-scale work on paper by Channa Horwitz from 1985, exemplifies the artist's exploration of her system of eight nd highlights her lifelong fascination with capturing space, movement and time through structure, line and pattern.

Among the sculptural works presented are Ai Weiwei’s Bowl of Pearls (2009), a 2019 light box work by Mary Corse, and Pedro Reyes’ Xochitl (2021) in white marble, which stands as a monolithic representation of its namesake, translating to English as ‘flower’. The work featured in the artist's New York exhibition at Lisson Gallery this May, which delved into the language, lore and crafts of Mesoamerican civilisations to offer a reimagining of how we might understand the American continent today. 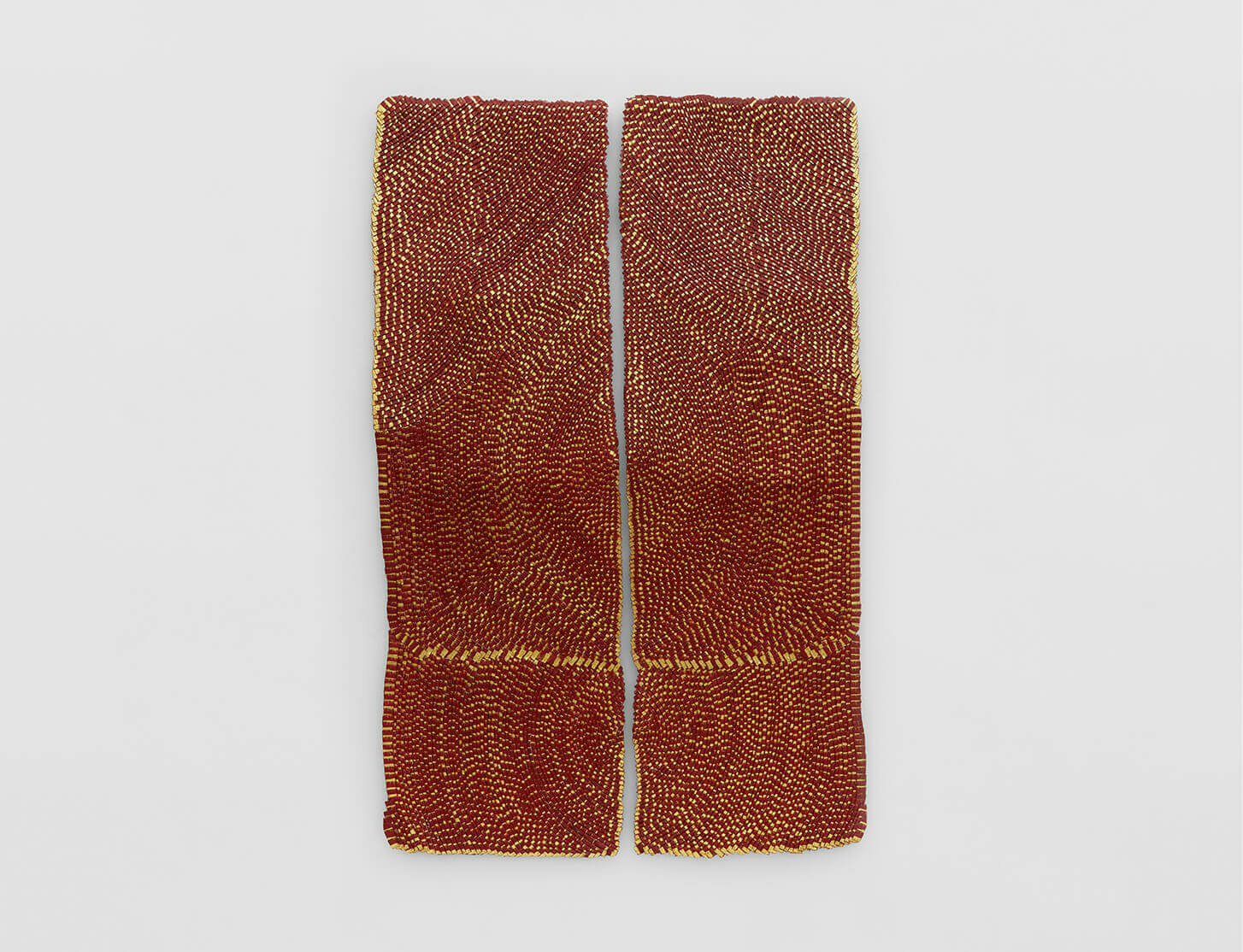