We are deeply saddened to confirm the passing of Joyce Pensato yesterday after a short battle with illness. Her vivacious and joyous approach to life – creating an aura of play and fantasy whenever receiving studio visitors, for example – was reflected in her free-wheeling and pugnacious paintings and murals of pop cartoon heroes and heroines from Batman and Mickey Mouse to Donald Duck and Marge Simpson.
Her enamel-flecked universe – developed and collated over 40 years across different Brooklyn studios, which she referred to collectively as ‘Joyceland’ – includes toys, objects, ephemera and photographs that not only influenced her work, but were props for what she considered as her figurative renderings of her subject matter, much in the manner of traditional still life painting. Her earliest training was in figuration and in self-portraiture at the New York Studio School, where she benefitted from the wisdom of Joan Mitchell, a formative influence whose own painting stool she coveted and incorporated into Joyceland. She also shared a studio with Christopher Wool who would remain a loyal friend during a long gestation before her work emerged, fully formed into solo shows at Anne de Villepoix in Paris and Max Protetch in New York in the mid-1990s.
Her hard-won combination of Abstract Expressionism, Pop Art and Existentialism led to representation with Petzel Gallery in 2007, Corbett vs. Dempsey in Chicago and Lisson Gallery in London in 2014. Chief among her solo museum shows – at the Contemporary Art Museum St. Louis (2013); High Museum of Art, Atlanta (2014); Modern Art Museum of Fort Worth (2015), Kunstraum Innsbruck (2015) – was her display at the Museum of Contemporary Art, Chicago (2016) where she installed her most ambitious wall-sized mural, Felix and Lincoln, which included photographs blown up to monumental scale among her dripped and layered gestures.
Alex Logsdail, Executive Director of Lisson Gallery, paid tribute to Pensato this morning, saying, “Joyce was truly a force of nature and larger than life, and stayed true to herself and her unbelievable spirit to the very end. Everyone who met Joyce knows how infectious her energy and vision was. I cannot properly express the magnitude of this loss.”
In a recent conversation with the curator Florence Derieux, Pensato was asked whether it was the daily act of drawing that was of utmost importance to her, rather than her unadulterated painting practice or the performative accumulation of her sculptural assemblages; her response was characteristic: “It’s all part of me.” 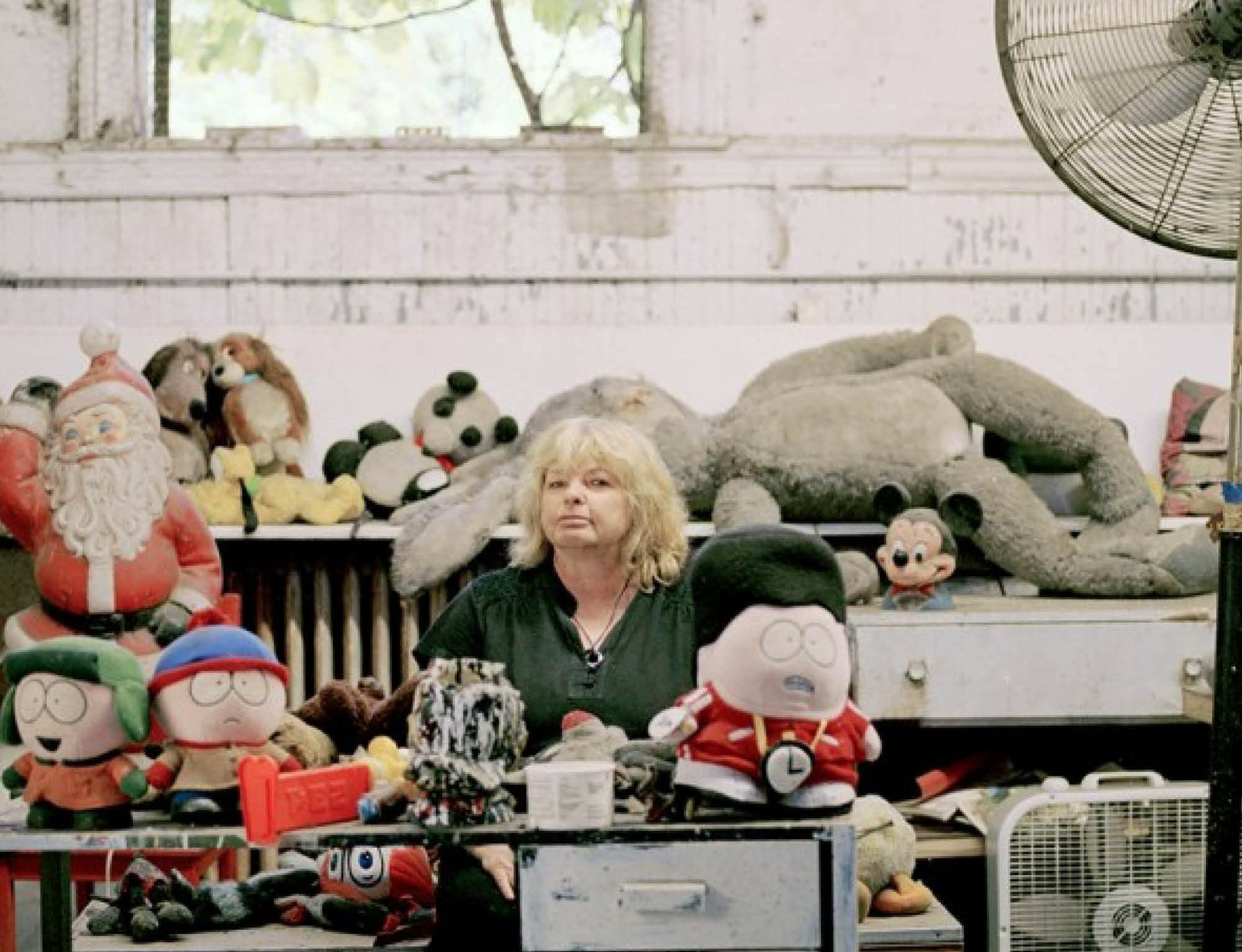