It is with great sadness that 303 Gallery, Hauser & Wirth, Lisson Gallery, Galerie Rüdiger Schöttle and Esther Schipper announce the passing of Rodney Graham, aged 73. He died on Saturday, surrounded by family, after struggling with cancer for the past year. He is survived by his mother Janet Graham; his sister, Lindsay Graham; his brother, Alan Graham; his partner, Jill Orsten; Shannon Oksanen; Scott Livingstone and their children Ray and Coco Livingstone.

Born and based in Vancouver, Graham was a laid-back polymath, steeped in art, music, film, literature, psychoanalysis and popular culture. Alongside Ian Wallace, Jeff Wall and Stan Douglas, Graham emerged from art school in Canada during the 1970s as a radical pioneer of lens-based media, albeit with the added ability to skewer and further the conceptual and minimal art practices prevalent in New York at the time. His works vary in materials, subjects and intention, but can always be said to be performative, whether that is in the noisy 35mm projector beaming moving images of a chandelier spinning out of control (Torqued Chandelier Release, 2005, then realised as a physical work in Vancouver, 2019) or the artist recreating Albert Hoffman’s bicycle ride around Berlin’s Tiergarten after ingesting the first hit of LSD (Phonokinetoscope, 2001).

As a musician, Graham voraciously performed and wrote his own songs and albums, often with his band or accompanied by his own sculpture, but his musical interests and knowledge also transcended his rock’n’roll roots. In 1990 he remixed Wagner’s score for Parsifal to create a vastly extended cycle of the opera that would likely outlast this planet by many billions of years.

Perhaps Graham is best known for his acting, through large-format, back-lit cibachromes depicting himself variously as: a photo-booth owner in the 1930s, a gallery owner in the ’40s, an abstract painter in the ’50s, an ageing rocker in the ’70s, a disgruntled sous-chef, a lighthouse keeper and a leaping hermit, among many other guises. Despite titling his last major touring show ‘That’s Not Me,’ there was always an element of playful self-portraiture in these lightboxes. Indeed, describing his interpretation of a scene from Hitchcock’s To Catch a Thief in which Cary Grant’s cat burglar is accused of robberies that are not his but bear his signature, Graham remarked: “This role spoke uncannily to me of my own life”. The artist is, of course, hiding in plain sight throughout – camouflaged beneath a cavalcade of historical, comical or fictional characters and details, which amounts to a collective portrayal of the existential everyman. In truth, each reference or setting was meticulously researched and choreographed, often with a Hollywood-style set built at his studio for each cinematic scene.

In later years, Graham became an accomplished painter, despite protestations that he was again just playing a role: “It may be a burden to reinvent oneself again and again, but it makes things more interesting." Beginning with a few key fragmentary references from the modernist era, Graham would create paintings by dissecting other paintings, part of his career-long staging of a never-ending panoply of imagistic and collagistic possibilities.

Logsdail notes further that: "I was first introduced to Rodney by Dan Graham in the late 1980s. He and Shannon became such close and loyal friends, both personally and professionally. Our first big project was support and fundraising for his 70mm technicolour film Vexation Island made for the Canadian Pavilion in Venice. He should have won the Golden Lion. The work was seen by tens of thousands of people, putting him on the map." 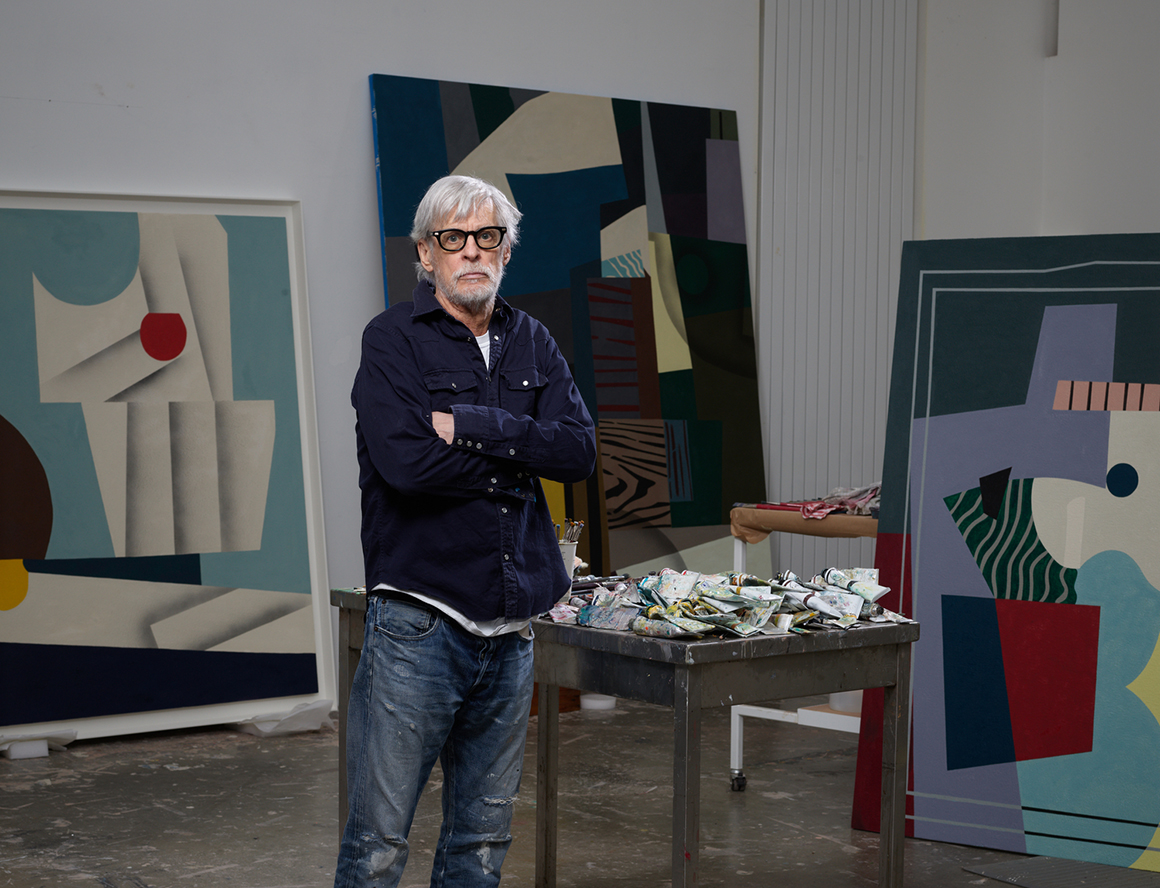