‘I’ve drunk from every river on Dartmoor’: land artist Richard Long on changing the face of art - The Guardian

He started with a giant snowball, then took a walk in a field that ended up inventing a new form of art. Now 77, Long talks about being being expelled from art college, his hiking tips, and the joys of staying close to home

Richard Long never carries water with him when he walks. The legendary British land artist, who famously turned walking into an art form, has tramped for days, sometimes weeks, through terrains as barren as the South African Karoo desert, India’s tribal lands and the Hoggar mountains of southern Algeria without once taking so much as a canteen, a flask or – God forbid – a plastic bottle with him.

“It’s just a question of what’s practical,” he says. “Water is heavy. Finding it is one of the things that determine where I go. When I got to the Sahara it had just rained. I could see it shining on the ground. I followed it till I got to the first dried-up watering hole.”

Now 77, Long is tall and rangy, as you might expect of an inveterate walker, 6ft 4in, with a wayward glint beneath his beetling black eyebrows and an air of slight restlessness, as though he might get up and bound out of the door at any moment.

So I take it the title of his new exhibition, Drinking the Rivers of Dartmoor, isn’t intended metaphorically? “Not metaphorical at all,” he says shortly. “I’ve been drinking from every river and stream on Dartmoor all my adult life.”

The afternoon in 1967 when Long, then a 22-year-old student, decided to walk back and forth across a field until he had created a line of flattened grass, then photograph it and call it A Line Made By Walking is one of the great mythic moments in British art. In one simple gesture, Long set the tone for British conceptual art and initiated an entirely new art form: land art, which in its British form, personified by Long, was more fugitive, less monumental than the American variant – about gestures rather than bombastic structures. Long would go on epic walks and come back with nothing more than a photograph of a ring of stones he’d made on a mountain top or the briefest description of where he’d been. That would be the work.

Long has extended that idea into gallery-based art, with elemental circles of shattered slate and wall-filling drawings of smeared mud, winning every major accolade – Turner prize, Venice Biennale, CBE. Yet art conceived and created in the landscape, which deals with time and space, but seems to exist in a permanent present, remains the core of what he does. So it’s interesting, and surprising, to see him looking back in this new exhibition, not just to older work from as far back as 1970, but to recent pieces with a retrospective, even autobiographical feel.

Read the full interview by Mark Hudson in The Guardian here.

Richard Long: Drinking the rivers of Dartmoor is on view through 21 January, 2023. 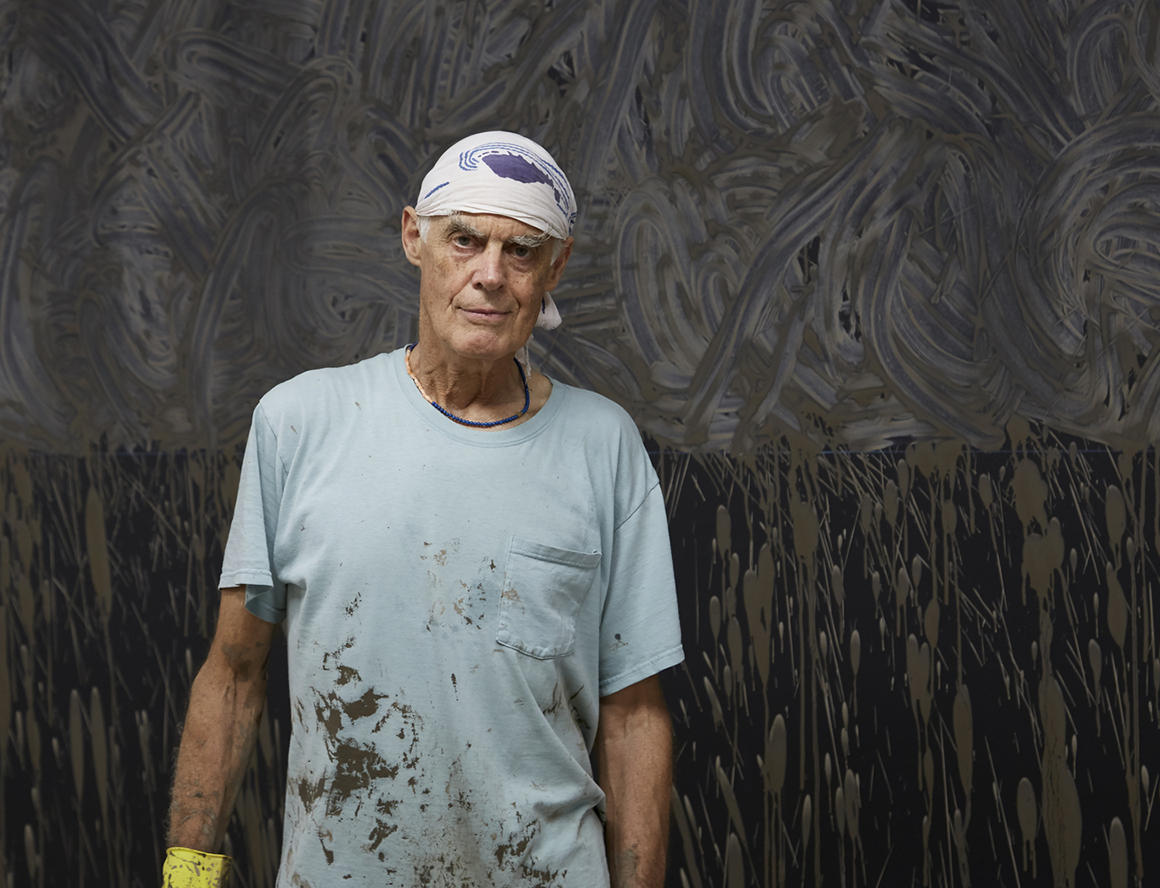