Hugh Hayden Explores the Thorny Sides of the American Dream: In the studio with the artist whose sculptural pieces are as mesmerizing as they are unsettling.

At the eccentrically daft dinner parties that Hugh Hayden stages regularly, guests are showered with hospitality and hobbled by irksome contraints. Much thought and care goes into these culinary installations, which he has been presenting in different forms since high school. Using his training as an architect, Hayden, now 37, once designed a set of interlocking tables with semicircular cutouts that enclosed diners, who were seated on spinning stools. In an earlier year, he bound and blindfolded his guests, and spoon-fed them. He usually dictates the dress code – most recently white shirt and black pants. "They're a lot of fun, but it requires you to submit to the experience," said Kayode Ojo, a sculptor and a friend, of the soirées. "He's a very generous host. It's almost a lot of pressure as a guest, as well. You're a bit trapped."

The uncomfortable reality of interacting with a space that's not quite what you had envisioned is a theme that runs through much of Hayden's art. His sculptures include church pews upholstered with bristles, a carved wooden football helmet with internal spikes, and an Adirondack chair with protruding limbs. "All of my work is about the American dream, whether it's a table that's hard to sit at or a thorny school desk," Hayden said. "It's a dream that is seductive, but difficult to inhabit."

When I visited his studio, it was replete with wood blocks and tree branches, along with pieces from past shows hanging on the walls, and works in progress. Two assistants were seated at a large table, in confines that were made more claustrophobic by the friendly, bounding presence of Hayden’s large Ibizan hound, Mars. A shipment of hammered copper pots and pans that he’d bought at a flea market on a recent trip to Brussels had just arrived. He was melding brass instruments to 12 of them; they would join 12 cast-iron skillets that he was backing with African-style masks, each different, but all of them simulating his ears and mouth. The two dozen customized pots and skillets would hang from a three-tier rack. He had called the piece Soul Food, and planned to include it in the ICA Miami exhibition along with Boogey Man, a large replica of a police car draped in a white sheet with eyeholes reminiscent of a Ku Klux Klan hood. “Calling it the boogeyman is in terms of a child being told who to be afraid of,” Hayden said. At the time of my visit, the piece was being fabricated in China. He had shortened the car in the middle, lending it a cartoon aspect that made it even more evocative of the Philip Guston Klan paintings that recently had provoked controversy because of their subject matter. 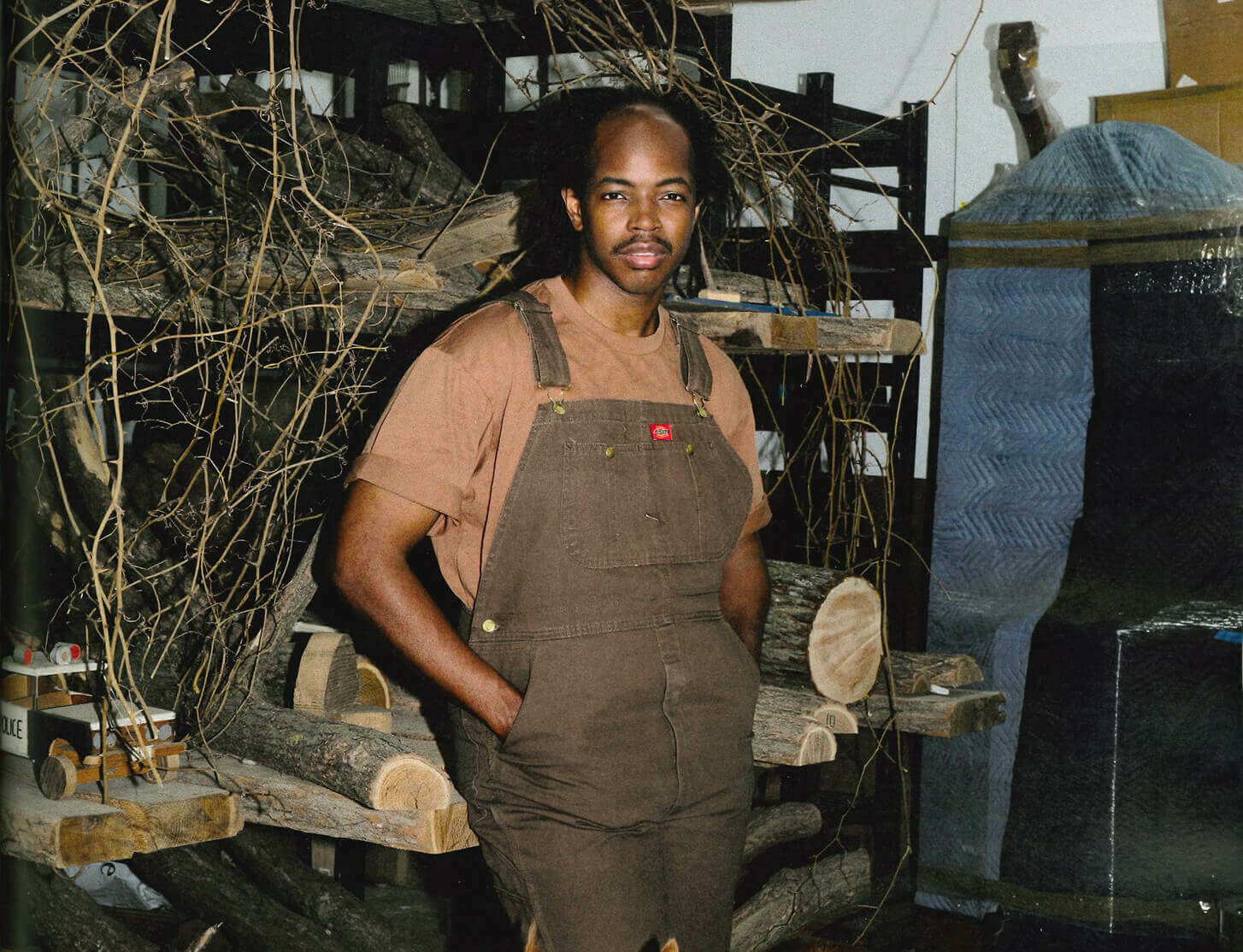