“Just watch your eyes,” the sculptor Hugh Hayden warned as he circumnavigated the wooden school desk he had made from cedar logs, their branches still attached. The limbs erupted from the seat and desktop, in all directions — strange, unruly, alive.

Hayden, 38, was in the last stages of production at Showman Fabricators in Bayonne, N.J., completing his most ambitious project to date. “Brier Patch,” an art installation opening Jan. 18 in New York’s Madison Square Park, assembles 100 newly minted school desks into outdoor “classrooms” across four lawns. The largest grouping morphs ground up from an orderly grid of right-angled chairs into a wild tangle of potential eye-scratching branches intersecting midair.

“He’s simultaneously questioning opportunity and inequity in the American education system,” Brooke Kamin Rapaport, deputy director and chief curator at the Madison Square Park Conservancy, said, offering an interpretation of the “brier patch,” a reference to the fictional Br’er Rabbit stories as well as to a thorny crop of plants. The show opens amid a storm of debates roiling classrooms over curriculum changes addressing systemic racism and whether to remain open amid the Omicron surge.

Hayden, who is from Dallas, studied architecture at Cornell and worked for a decade in that field before receiving his M.F.A. from Columbia in 2018 and moving on to a full-time career as a sculptor. Working mostly in wood by hand, he reconstructs vernacular objects in the American landscape — a picnic table, an Adirondack chair, a suburban fence, a school desk — subverting their utility and meaning by giving them human qualities.

At Showman, Hayden demonstrated how his logs, salvaged from the Pine Barrens in New Jersey, are split and planed into usable planks that still preserve their long branches, defying standard lumber production. “My wood is like bone-in chicken, with the foot even — you’re still seeing this is a tree,” he said. The result looks almost magical yet “there’s no smoke and mirrors,” he noted, interested in shifting how people might think about an everyday piece of wood.

The following day, the artist, dressed in a camouflage hunting jacket and cap, led his visitor through a capacious new studio in Williamsburg, Brooklyn, his large Ibizan hound vying for attention. Hayden moved here in October from a smaller space in the South Bronx to help keep pace with his ballooning exhibition schedule, which in 2021 included solo gallery shows at Clearing in Brussels and Lisson in New York.

Read the full feature by Hilarie Sheets in The New York Times here.

Boogey Men is on view at ICA Miami through 17 April. 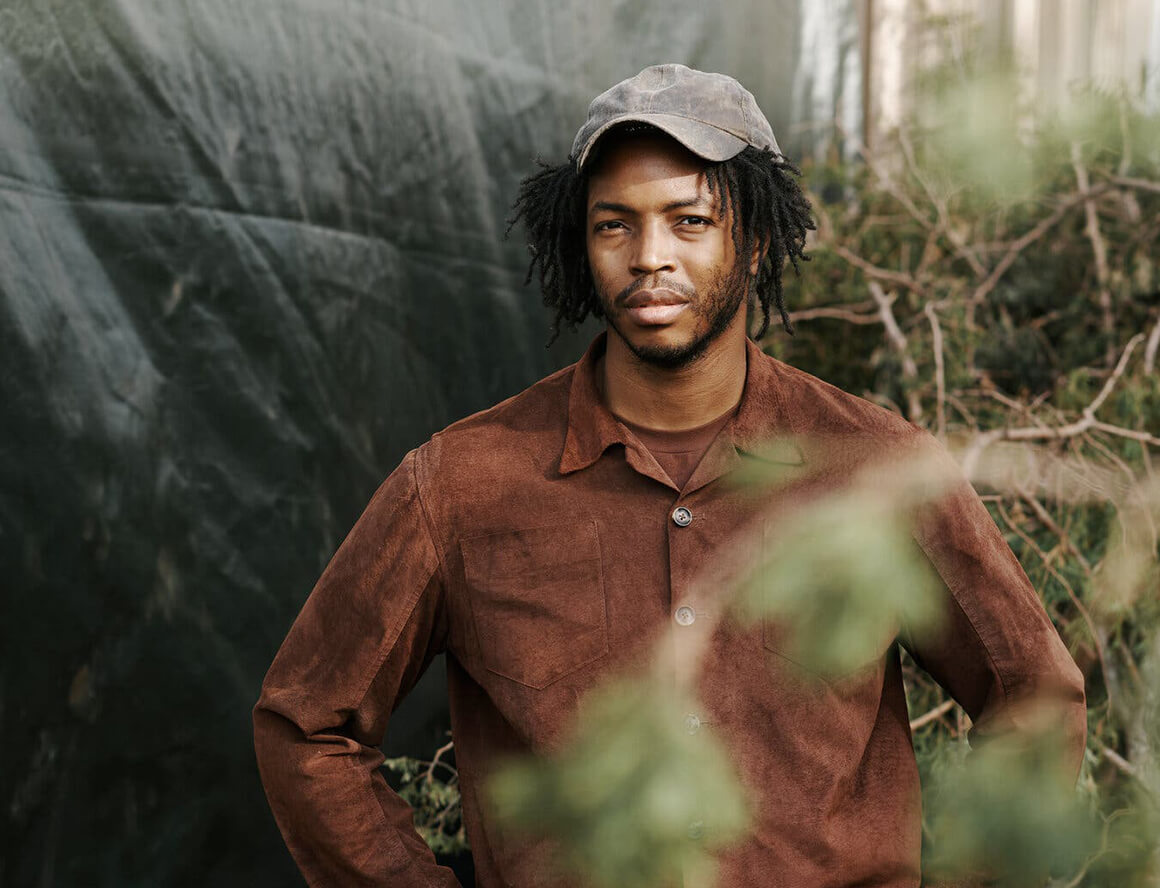