At the opening of Hugh Hayden’s second solo show at Lisson New York earlier this summer, the artist wore a custom Bode jersey, as did all of his assembled fabricators and friends. It was a hot sticky night, but a good one nonetheless, much like the intimate dinner parties that Hayden used to routinely bake his apartment for—in the name of art and company. For proof, one party-goer tweeted: “Lisson party was great. Hotel terrace, talk and ambition, painters, supermodels, lightning storm, well-staffed bars, mountain of healthy food, no desserts, all paid for. Just the sort of art world I’d like to see return.”

Maybe this isn’t exactly Hayden’s vision of hospitality, but this Gatsby-like persona is one that resonates with Emily Bode, who remembers the beginnings of the artist’s exhibition-making in New York and his dinner performances. The two met sometime in college or right after although they can’t quite remember when. Both of them, despite their diverging practices,—as a fashion designer and trained-architect-turned-fine-artist respectively—share an unabiding passion for looking at the anthropological clues embedded in the objects around us and what they say about us.

Working out of a studio in the Bronx, Hayden is a center of gravity constantly orbited by Mars, his dog, who accompanies him almost everywhere. In “Huey,” Hayden’s latest exhibition, he had to fight Mars’s affection for wood to transform the Chelsea white cube into a chapel replete with ebony carved reliquaries of leisure and labor, rattan basketball net altars, and pre-spiked pews. Bode and Hayden also had to contend with Mars when they sat down the week before the party to discuss the new show, the origins of their friendship, and the joys of Lincoln Logs.

Hugh Hayden: Huey is on view through 13 August. 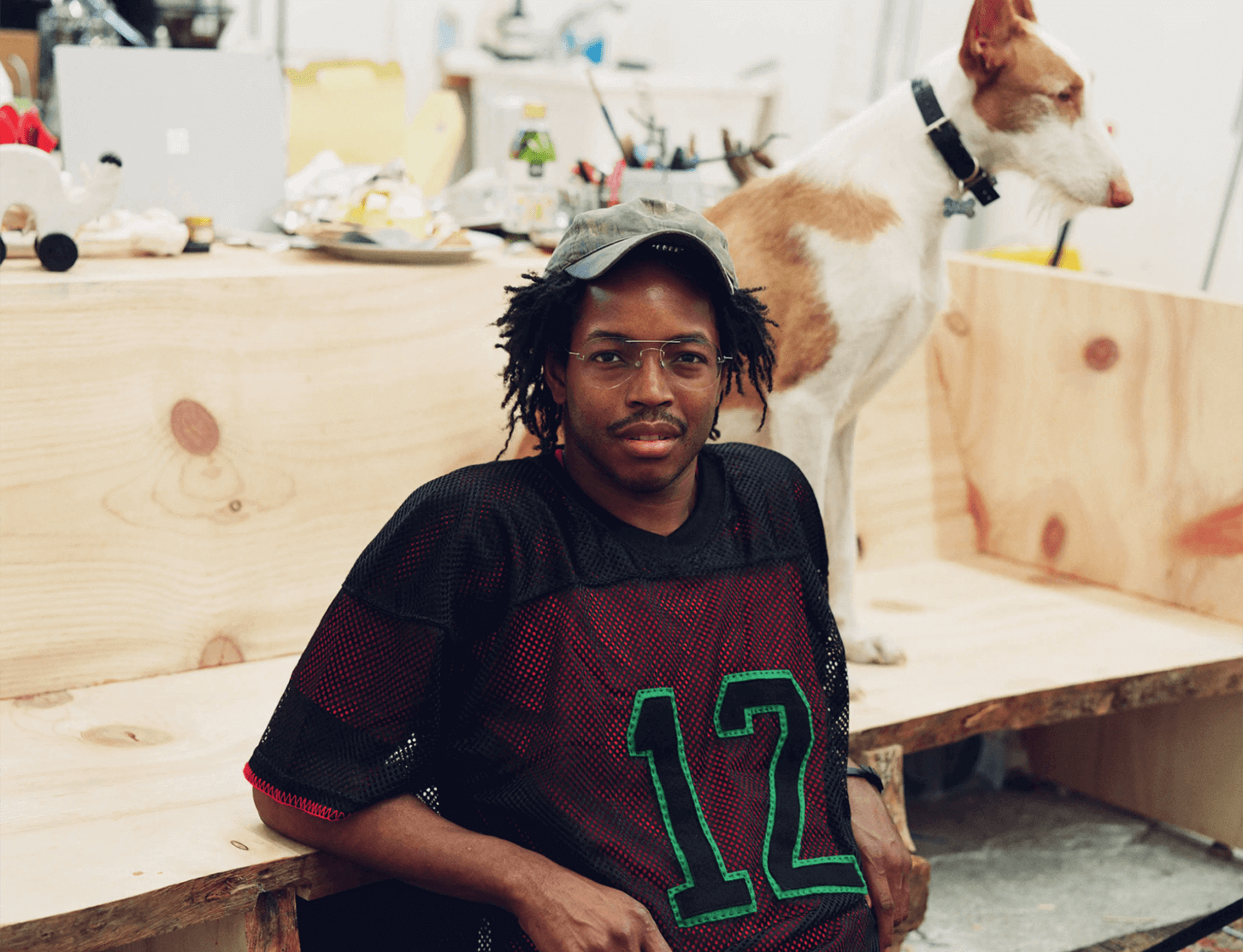