“Black Atlantic,” presented by Public Art Fund and currently on view at Brooklyn Bridge Park, brings together newly commissioned works by five artists—Leilah Babirye, Hugh Hayden, Dozie Kanu, Tau Lewis, and Kiyan Williams—sited across the waterfront park’s three piers, with views of New York Harbor and the Statue of Liberty beyond. Hayden, who also curated the show, and co-curator Daniel S. Palmer talk about conceiving the exhibition as a group show with a focus on craft and materiality, adapting artworks for public display, and the relevance of sculpture’s reality-building capacity for younger artists of the African diaspora today.

Daniel S. Palmer: Hugh and I met in 2012, when he was in residency at Abrons Art Center. So I’ve been aware of and admired Hugh’s work for a long time, and we have been in dialogue for quite a number of years. When I was at Public Art Fund it was a major focus of mine to want to be able to share Hugh’s work with the city, so we started a conversation originally about doing a solo project together at Brooklyn Bridge Park. And then Hugh, do you want to talk about how your thinking evolved to what’s become “Black Atlantic”?
Hugh Hayden: A big part of it also has to do with my background as an architect—in all of my exhibitions there’s some consciousness to approaching the site and creating works that are going to have a dialogue with the site. On this maritime setting, in Brooklyn, looking at Manhattan and also the Statue of Liberty, in some ways it would be impossible not to have some dialogue with the water and maritime history. And it evolved into this interest in what’s called the Black Atlantic and the legacy of the transatlantic slave trade, but also the African diaspora and how that has reverberated. Initially it was about my experience as an individual, but with a subject matter like that, part of it was that I couldn’t be a sole voice. I also started thinking of the park as an outdoor museum, where each lawn or each space was a gallery. So there was the idea that you could have different works engaging with the site. And then with all that, coupled with the reaction to George Floyd and 2020, there was an opportunity to share the stage more people who I thought would have a voice in this dialogue and reflect a variety of different voices of the African diaspora that don’t have a traditional notion of a person of African descent in the United States, in New York City, but who also work in sculpture, and who are really involved with understanding materiality physically and sculpturally and conceptually. It was an opportunity to share the stage, and a way of engaging with a larger audience and sharing the opportunity with other artists whose work I admire.

Black Atlantic is on view along Brooklyn Bridge Park's Waterfront through November 22. 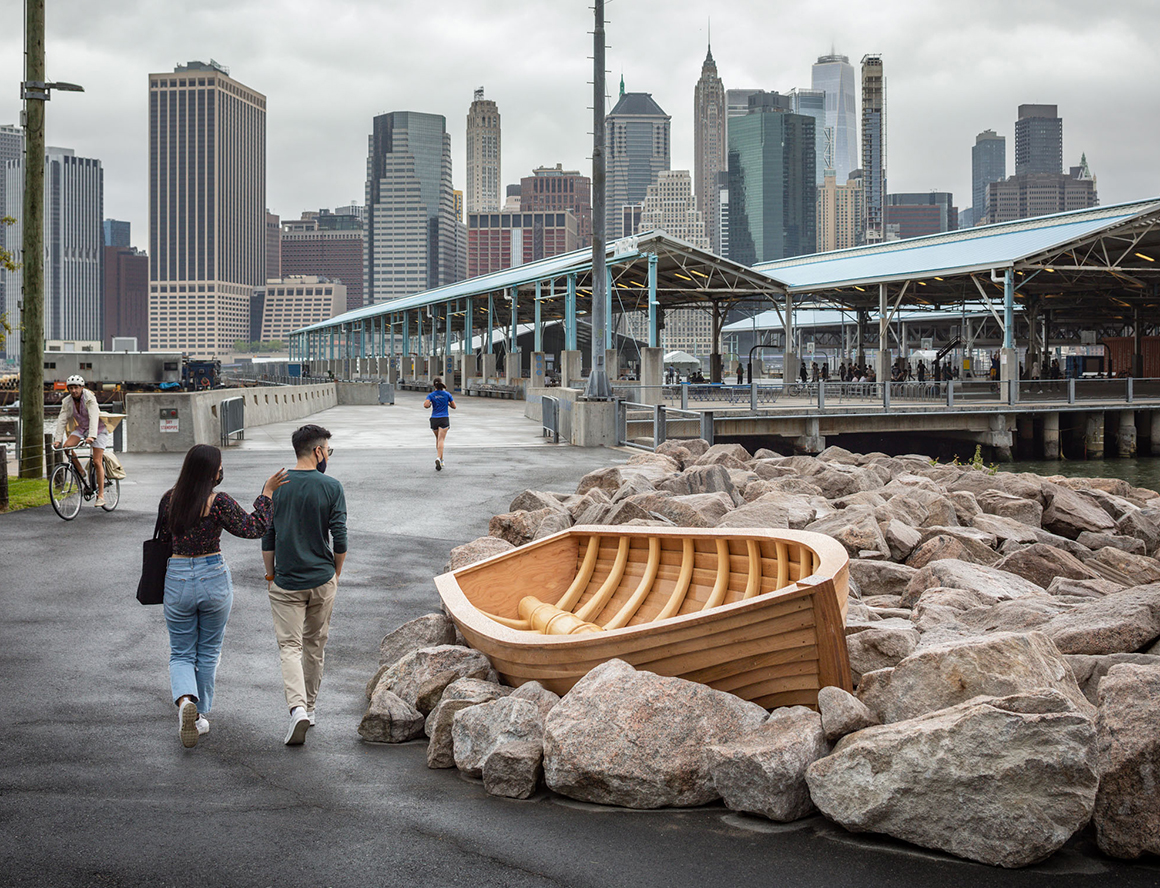