First established in 1996 with the Projeto Hélio Oiticica, Centro Municipal de Arte Hélio Oiticica (The Hélio Oiticica Cultural Center) exhibited seminal works by the late Brazilian artist in Rio de Janeiro until 2009. After 12 years, it will now re-open to the public on 5 November 2021, in its original location in the center of the city and with a robust new series of programmes.

Under the direction of Artistic Director Cesar Oiticica Filho, Centro Municipal de Arte Hélio Oiticica will present temporary exhibits, lectures, seminars and research projects, with a mission to promote dialogue and collaboration between local Brazilian and international artists. Oiticica Filho eschews the term exhibition, preferring to call the work at the Centro a “programme”, following in Oiticica’s footsteps by prioritizing collaboration and interaction above all else. Working together with prestigious nearby universities such as Universidade Federal do Rio Janeiro, Universidade do Estato do Rio de Janeiro and Uni Rio, the center will facilitate discussion across disciplines ranging from visual arts, architecture, music, design, engineering, agriculture, film and more.

The space is a partnership with the Municipal Cultural Office in Rio de Janeiro, and will be spread over three floors in a historic building by Tiradentes Square. It will feature six exhibition spaces, two mezzanines, two multipurpose rooms, a research room, 100-seat auditorium and a coffee shop.

The first programme features one of Oiticica’s never-before-realised Penetrables, PN10, conceived by the artist in 1971 when he was living in New York on a Guggenheim Fellowship. This work was part of a larger project conceived by Oiticica called Subterranean Tropicália Projects, which he envisioned for Central Park. The work will be installed outside of the building to be in direct dialogue with the city and will be open to artistic intervention while on display, as the artist intended for his immersive, environmental installations. Inside the center, an exhibition on the first floor will detail Oiticica’s artistic process through the display of sketches, drawings and models, including the large-scale maquette for Cães de Caça (Hunting Dogs Project) (1961), and the artist’s first ever Penetrable, PN1, from 1960. The programme will also present the world premiere of the private version of Block-Experiments in Cosmococa—Program in Process CC2 Onobject, a collaboration between Oiticica and filmmaker Neville D’Almeida made in 1973.

Education programming and temporary exhibitions of artists and works in conversation with Oiticica’s will begin in early 2022. 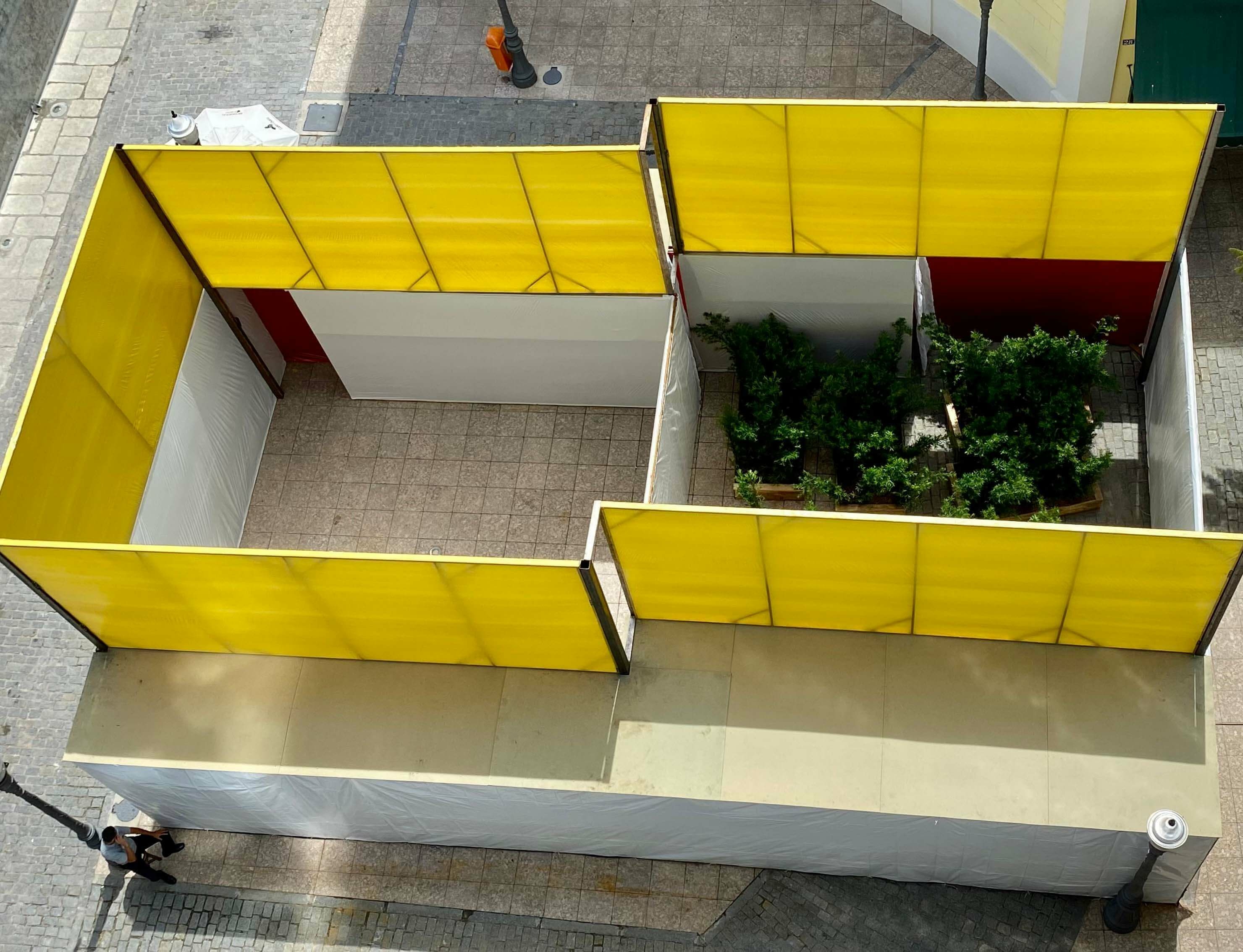