The first institutional solo exhibition in Spain by Channa Horwitz, ‘The Factor Eight’, has opened at The Museo de Arte Contemporáneo de Castilla y León. Containing works spanning from the early 1960s to 2011, the exhibition highlights Horwitz’ continued development of three key series throughout her career: the Language Series, Sonakinatography, and her later creative works.
Born in 1932 in Los Angeles, where she lived and worked until her death in 2013, Channa Horwitz made her work largely on the periphery of fashionable scenes, instead pursuing fascinations in mathematics, science, music and dance, by forming sets of rules and limitations from which to visually map out sound and motion. Horwitz noted: “The less choice I had the more I could discover”. The resulting method is what Horwitz titled Sonakinatography (Sound, Motion, Notation) – a visual philosophy and playful means of exploring and expressing the fourth dimension two-dimensionally, from which various consequent bodies of work stemmed.
'The Factor Eight' introduces the basic principles of Horwitz' methodologies through studies, works on paper and a wall mural, the largest ever realised, following the study Mural Proposal for Ovitz (2011). The title itself refers to her preference for 8x8 graph paper, for it’s reference to the time signatures of choreographed dance and music composure. The exhibition precedes Lisson Gallery's second show by Channa Horwitz, which will open in London on 15 March
'The Factor Eight' runs until 26 May 2019. Find more information on the MUSAC website. 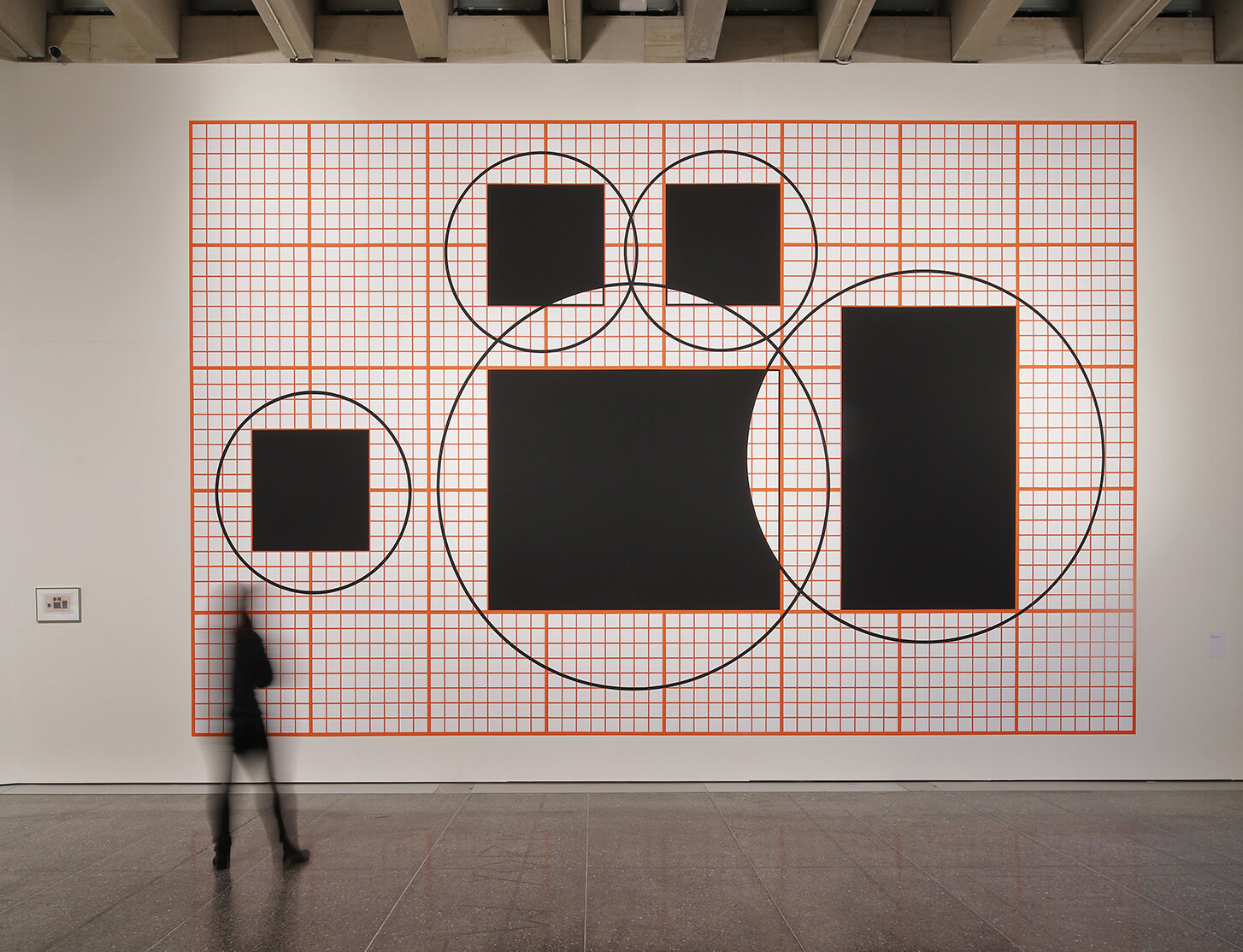