The pioneering land artist speaks to William Cook about the many miles he has travelled – from Alaska to Lapland, the Andes to the Himalayas – and the joy it brings him

In an upstairs room at the Lisson Gallery in London, Richard Long is telling me about his new one-man show. He’s matter-of-fact, but if you’re not familiar with his artworks his words may need some explaining – for this is a man who virtually created his own art form.

Is he a sculptor? Is he a photographer? Is he a poet or a painter? He’s all these things, and more. He’s been making art for half a century, yet even after all these years his work still feels like something completely new. “I realised that art could be made by walking,” he says. “That brought time and distance into a work – and once I realised that, I had an amazing freedom to make work on an enormous scale.”

Most of Long’s artworks consist of short descriptions or photographs of solitary walks he’s undertaken – over long distances, in remote places, in Britain and around the world. Often, he makes simple sculptures in the landscape he travels through, from natural objects that he finds en route. A stone circle is his favourite motif. Yet these sculptures are incidental, rather than the central activity.

“I often say that if a work in the landscape takes more than about half an hour to make, there’s probably something wrong with it,” he told the curator Lucy Badrocke. “Quite often, I have the urge to make a sculpture and then the need to keep on walking takes over.” What makes walking so alluring? “It’s the best way to see the world,” he tells me. “It’s a different type of attention, a different scale.”

His pioneering work has won him widespread acclaim: the Turner Prize in 1989, a CBE in 2013 and a knighthood in 2018, but there’s nothing grandiose about him. As Nicholas Logsdail, the founder of the Lisson Gallery, observes: “He’s happiest when alone outdoors with a rucksack on his back.” Spending so long outside in isolated places has shaped his body and his temperament. Walking has kept him fit, of course. His voice is quiet yet forceful. He chooses his words with care.

Read the full feature by William Cook in The Independent here.

Richard Long: Drinking the rivers of Dartmoor is on view through 21 January, 2023 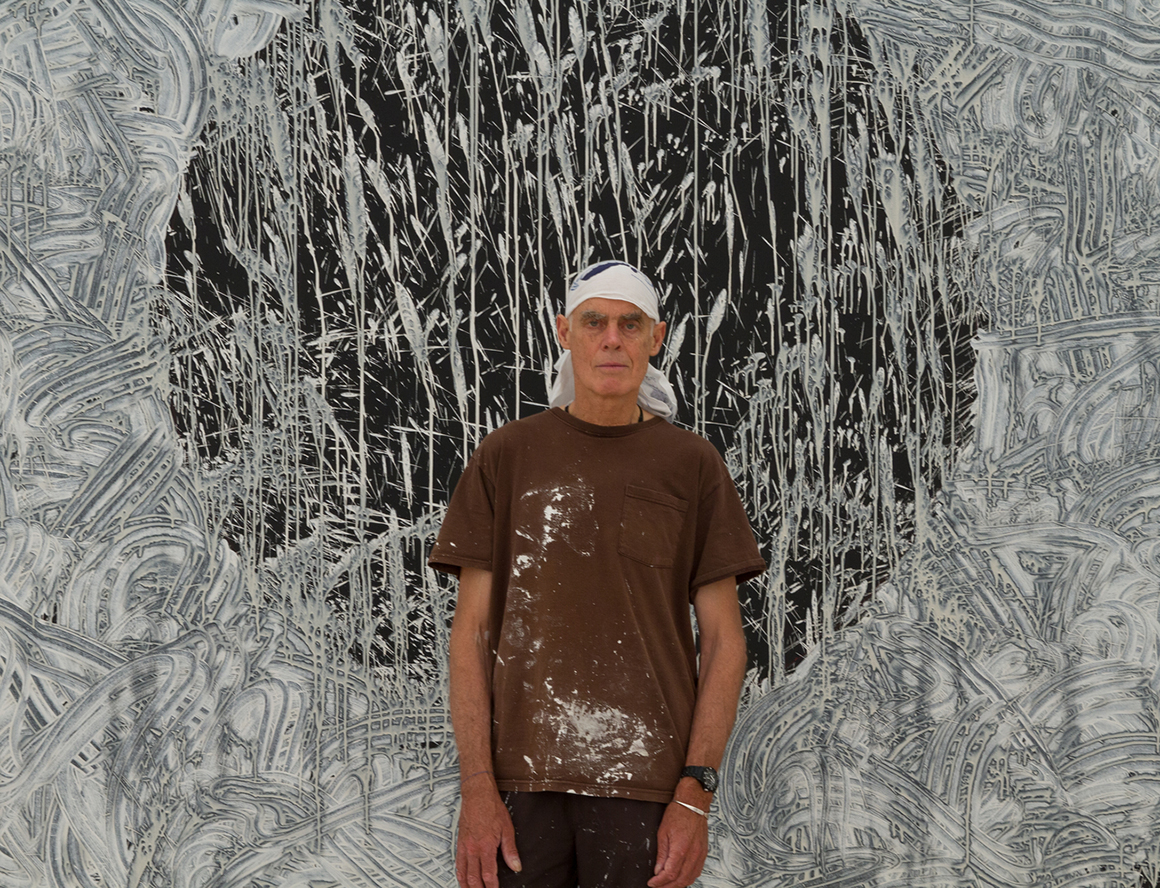