Episode 8: ON AIR with Spencer Finch on the poetry of Emily Dickinson

Brooklyn-based Spencer Finch recreates or approximates many different phenomena, both manmade and natural, visual and physical. Poetry is a great influence on his work and even a model for creating forms, experiences and installations that are as succinct and evocative as a string of words seemingly effortlessly stitched together, but to great effect. In this conversation with Mackie Healy, recorded in his studio in Gowanus, New York, Finch discusses his discovery and love of Dickinson’s work alongside that of WH Auden and James Schuyler among others.

Listen to this and all other episodes of ON AIR on Soundcloud, Spotify, or Apple Podcasts.

In addition to being an artist-in-residence at Emily Dickinson's home in Amherst, Massachusetts, Finch has in the past made many homages to her poetry including the short verse, Before I got my eye put out, for which he measured the sunlight in her garden and recreated the effect of a passing cloud by means of fluorescent tubes covered in gel and suspended theatre filters. The resulting work is entitled Sunlight in an Empty Room (Passing Cloud for Emily Dickinson, Amherst, MA, August 28, 2004) (2004). He also created a monumental public work of coloured glass panels for the Morgan Library and Museum’s Gilbert Court, entitled A Certain Slant of Light (2014-215) as well as an installation of 366 candles commemorating the year 1862, in which Dickinson completed 366 poems in 365 days – for the work 366 (Emily Dickinson’s Miraculous Year), 2009. Although all of her 1,800 poems were published posthumously, Finch still considers Dickinson a rich archive of ideas, as well as an important moral guide: “Almost all of my titles of the past five years come from Emily Dickinson, she is an endless source.”

Emily Dickinson (1830-1886): There's a certain slant of light; She sweeps with many coloured brooms; This is the land the sunset washes; The grass so little has to do; The outer from the inner; The brain is wider than the sky; A bird came down the walk; If I can stop one heart from breaking – all courtesy of Librivox.org 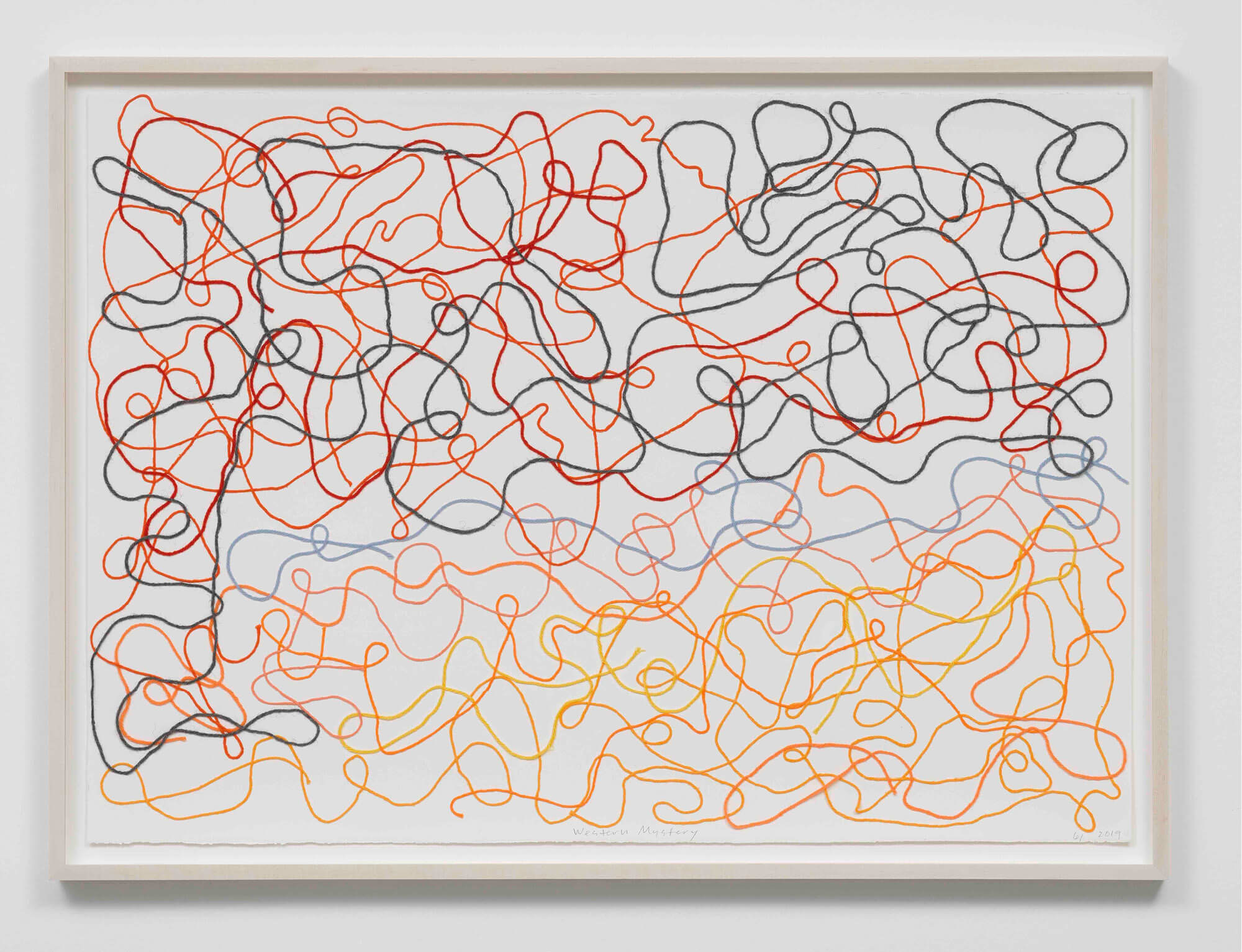 Yarn and acrylic on paper 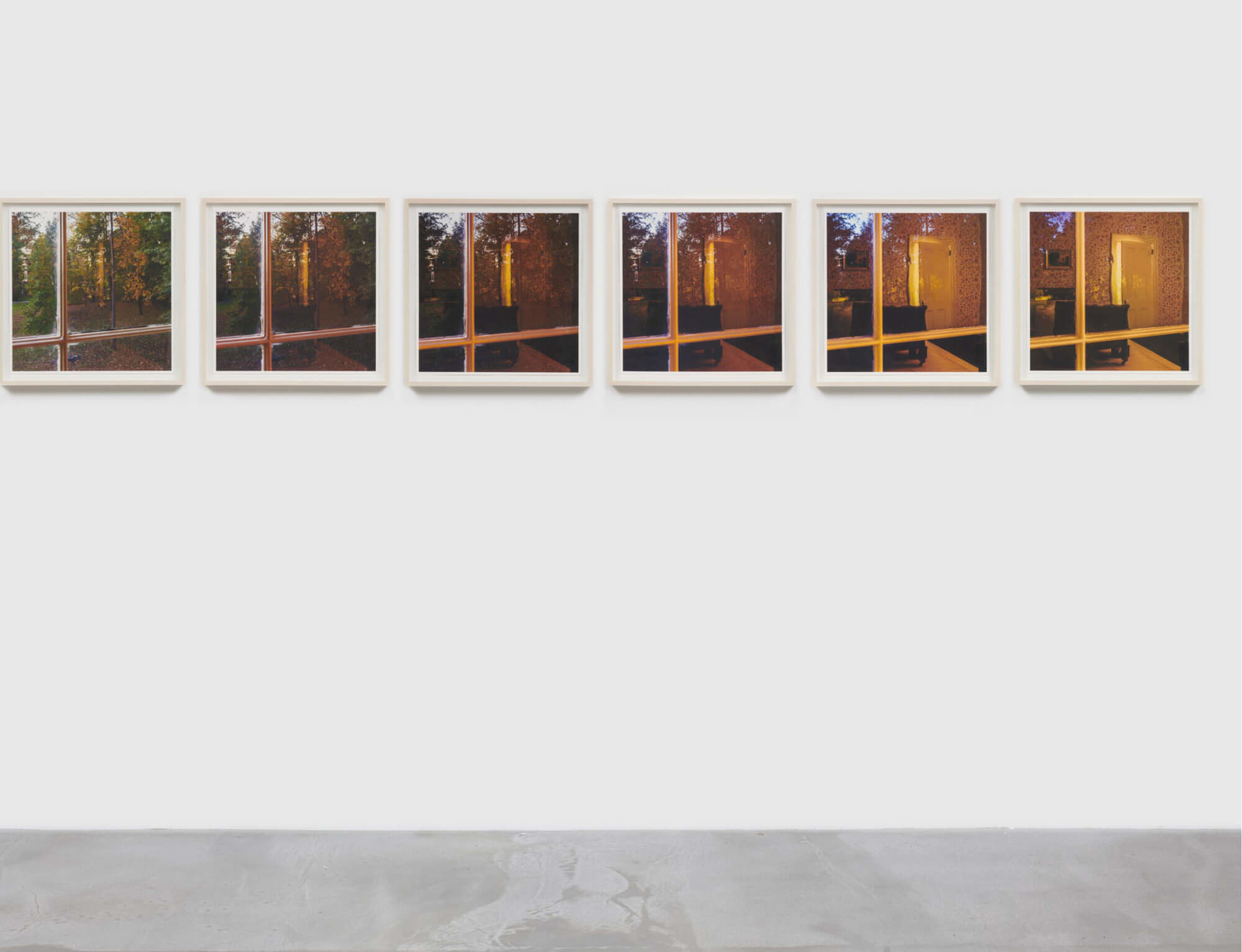 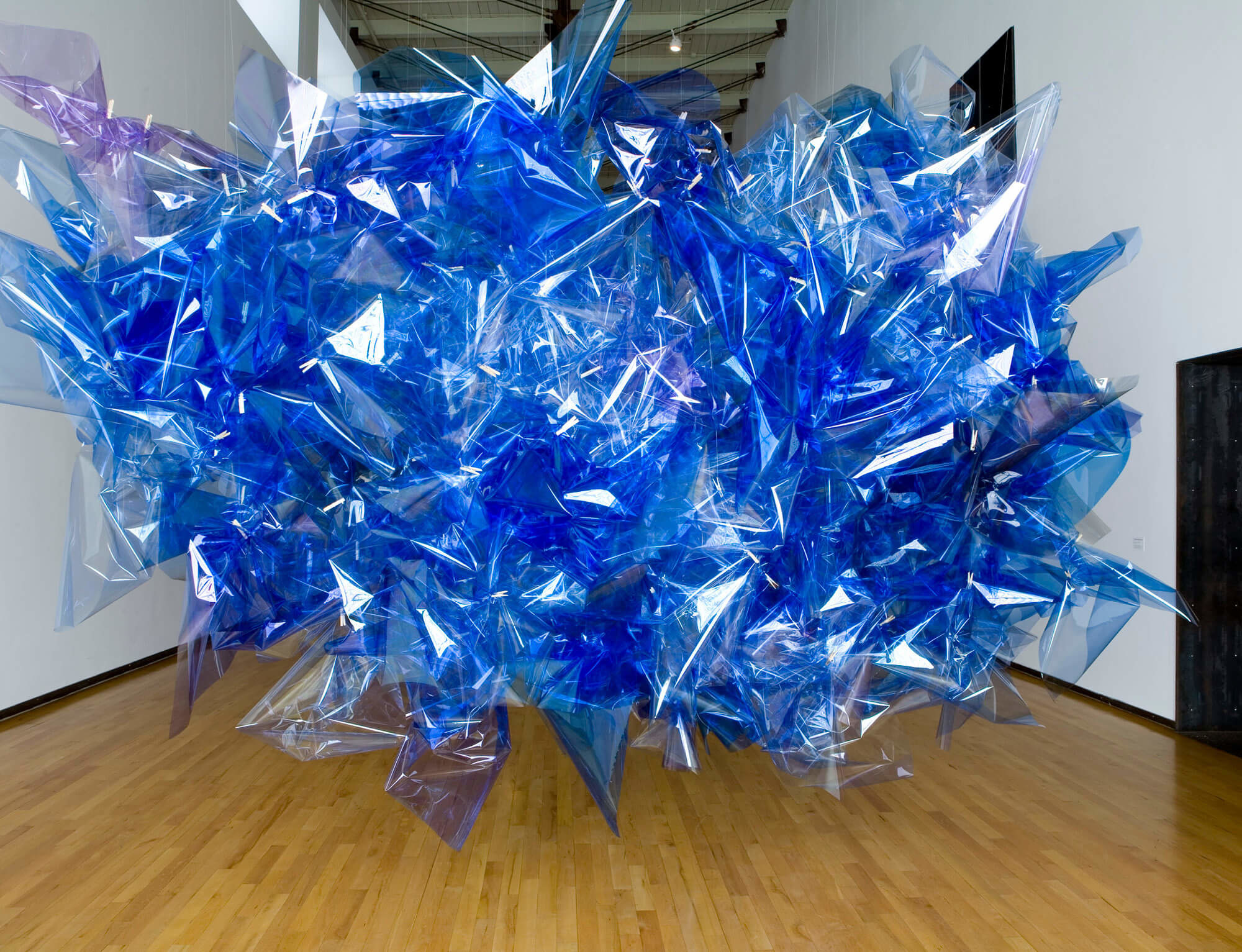 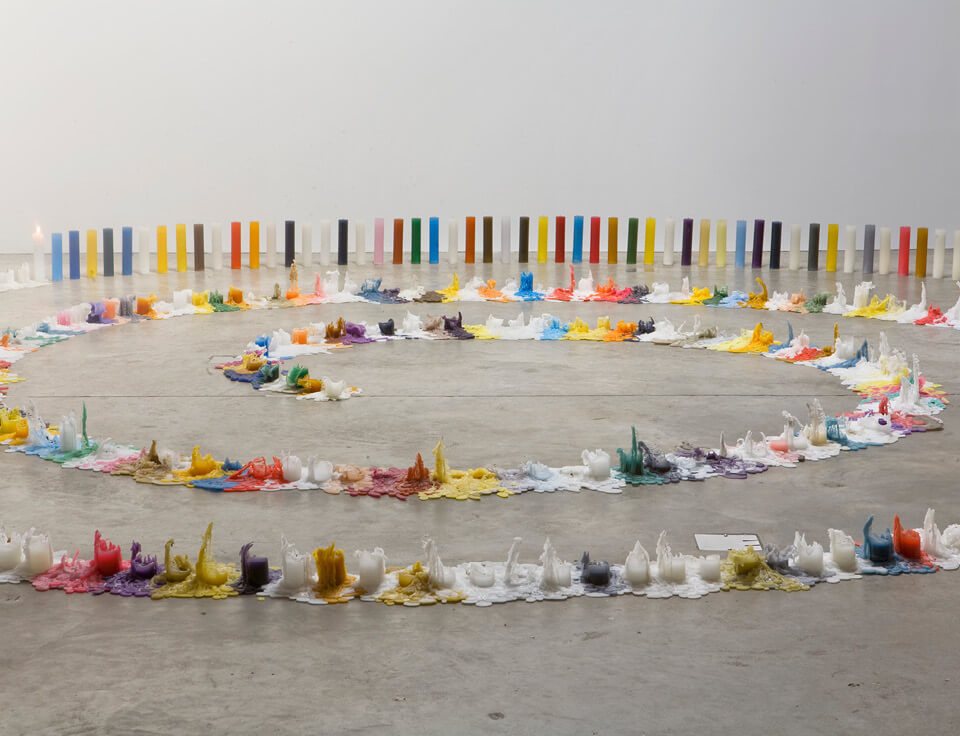