'Christian Jankowoski, at home in Berlin' - The Financial Times

Jankowski’s uncanny ability to take in the gestures, comments, fashion, music, sets and tropes of anything – from casting a Jesus lookalike to labelling a luxury speedboat art – designates him as one of the most interesting figures in art today, and is somehow reflected in his peaceful loft apartment. From the white Michel Ducaroy Togo couches designed for Roche Bobois to the simple barstools or poured-stone kitchen counter – with a huge crack down the middle (“The worker just thought it was OK like that”) – each element is both there yet inconspicuous, so understated that it becomes evident. In some ways, it is an ostentatious modesty and non-design that Jankowski teaches, an ethic of non‑consumption, a morality of restraint.

“I grew up in Göttingen in the ’70s,” he says. “My parents were in the SPD party, left-leaning and interested in taking their children to museums or on trips.” In the middle of his loft apartment is an enormous grey sculpture of a woman’s manicured hand holding a drill bit. It’s a counter-monument, as many of his works seem to be. “This piece is about the conflation of the working class and bourgeoisie,” he says. In Monument to the Bourgeois Working Class, Jankowski points to the logical impossibility of class warfare, even for some of its theoretical architects. The hand subject is sourced from a photo by Mexican mural painter David Alfaro Siqueiros (1896-1974), himself caught between dreams of revolution and a life of luxury. The work looks extremely heavy – but it’s made of cardboard, wood and polyurethane. Heavy and light are played out in other pieces as well, such as a work in which Jankowski asked Polish heavyweight champions to move some enormously cumbersome – and culturally loaded – bronze historical monuments.

Jankowski seems driven by a plan to subvert authority and enable free discussion. Perhaps it’s due to some epigenetic memories of war, of the injustice of his father’s family being driven from a German-Polish homeland or, even further back, of spice-trading forebears. His interest in opening dialogue and creating a system of democratic exchange is almost mathematical. In one exhibition in South Korea, Jankowski cleaned up a museum installation of the late artist Nam June Paik’s messy studio after it had been shipped from New York to Seoul, producing before and after photographs of the transformation. “I would never have reorganised it if it had been the actual studio of, say Francis Bacon,” he says. “But it was already de-installed and reinstalled, and so I felt free to touch it.”

Read the full interview and feature on Jankowski's home by Cornelia Lauf in The Financial Times here.

Photo: Jankowski’s Monument to the Bourgeoisie Working Class, 2012, sits in the middle of the apartment © Felix Brüggemann 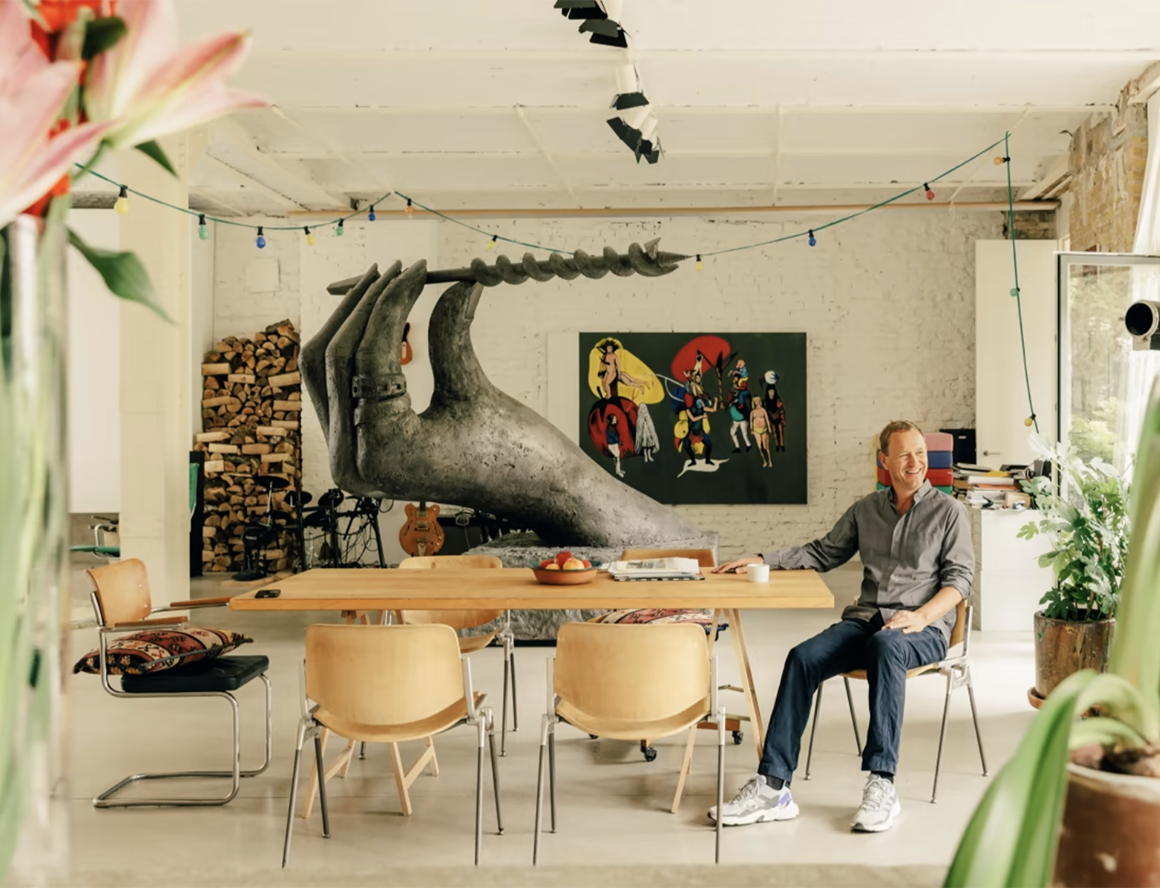