Bernard Piffaretti in conversation with Raphael Rubinstein in The Brooklyn Rail

In early May, French painter Bernard Piffaretti was in New York for the opening of his exhibition at Lisson Gallery in Chelsea. On the morning of the opening, Bernard and I sat down at the gallery to talk about his work. In preparing for our meeting, it struck me that even though I have known Bernard for a long time—we met in Paris around 1990 through Shirley Jaffe—I knew very little about his early years, so that’s where we began. The interview was conducted in French, which I have translated. A few brief written passages, also originally in French, were added later. Only the last four-word sentence, which clearly evokes Kerouac but maybe also Canned Heat and Willie Nelson (I didn’t ask), was originally in English. One more linguistic note: the word “poncif,” which Piffaretti applies to one body of his works on paper, turns up in one of Baudelaire’s notebooks: “Créer un poncif, ‘c’est le genie. Je dois créer un poncif” (To create a poncif—that’s genius. I must create a poncif.). In his recent edition of Baudelaire’s nachlass (Charles Baudelaire, Late Fragments, Yale University Press, 2022), scholar and translator Richard Sieburth explains that “A poncif is a pouncing pattern (or stencil)—or, more broadly, any trite, worn-out, or stereotypical expression lacking originality.” For nearly forty years, now, Bernard Piffaretti’s self-generating paintings, always begun with a central dividing vertical line that gets flanked by two identical compositions (sometimes called “the Piffaretti System”), have been raising difficult questions about originality, yet originality itself is never lacking in his work, and neither is genie.

Piffaretti: It happens to me as well. I always say that while I am working on the first half, this situation that I am placing on the canvas is already a memory of what will happen afterwards on the second half. This is why I am not at all in the same situation as the Abstract Expressionists who engaged all the canvas. Nor is my work like Rauschenberg’s mythic Factum I and Factum II (both 1957), which was a direct criticism of that generation. People often cite Factum I and Factum II in writing about my work—interestingly, both Factums will be in the National Gallery’s The Double show—but I think there is a fundamental difference. Clearly, Factum I is the original and Factum II is a copy. That’s not the case with my paintings, where you can’t know which side came first. With Rauschenberg, “1 plus 1 equals 2,” but for me “1 plus 1 equals 1.”

Read the full conversation between Bernard Piffaretti and Raphaeil Rubinstein in The Brooklyn Rail here.

'Bernard Piffaretti: Pick Up' was reviewed by David Rhodes for The Brooklyn Rail. Read the full review here.

'Bernard Piffaretti: Pick Up' is on view at Lisson Gallery New York through 11 June.

Image: Portrait of Bernard Piffaretti, pencil on paper by Phong H Bui. Based on a photograph by Robert Banat. Courtesy the Brooklyn Rail. 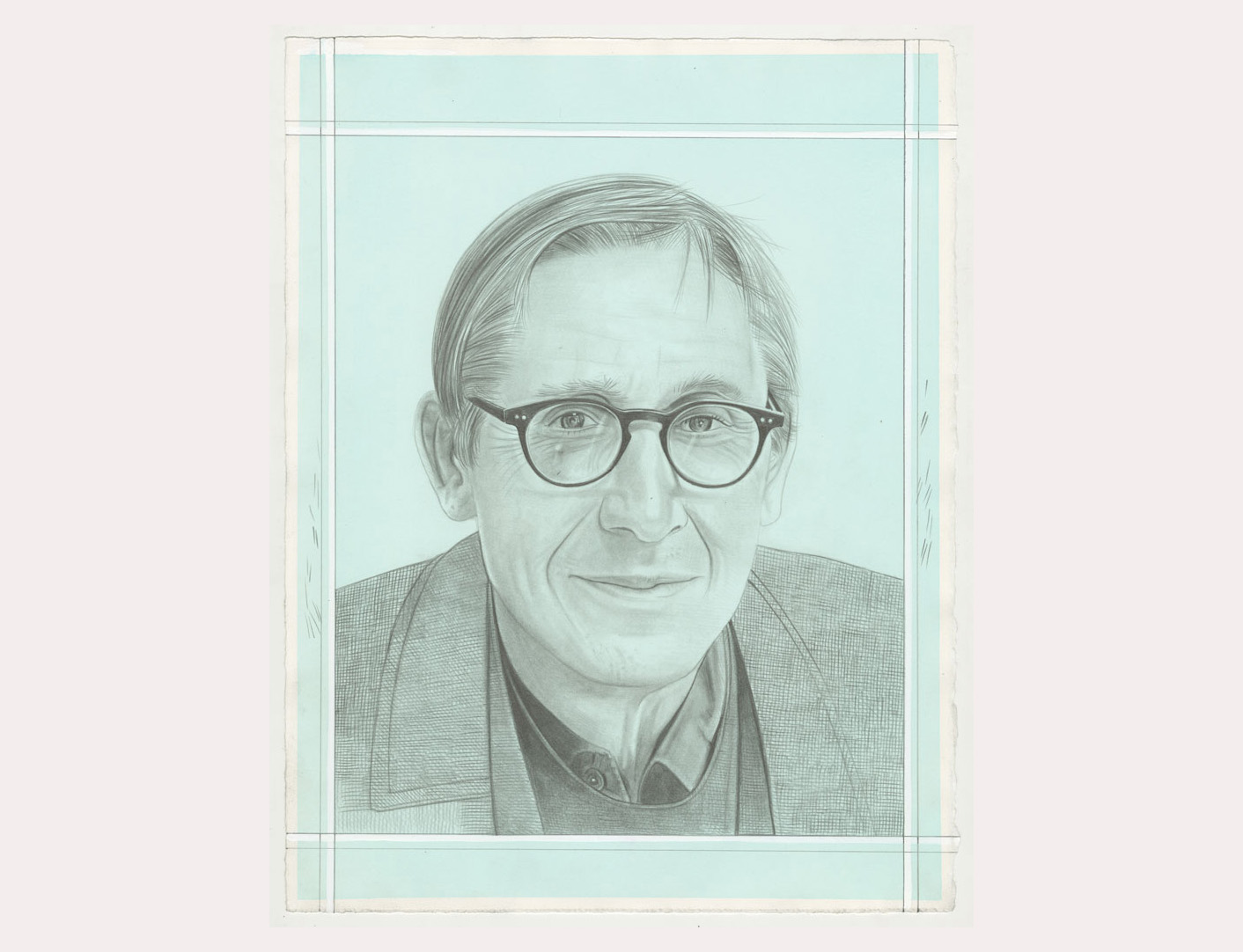