Ai Weiwei will be the first artist to exhibit across the entirety of the Renaissance palace, presenting a series of new and major works from the façade of the building and the courtyard to the piano nobile and the Strozzina gallery. Mirroring the artist’s relationship between tradition and modernity, key works will be hung in response to the architecture of the Palazzo Strozzi, a 15th-century palace built as a political statement considered today to embody the history of Florence.

Curated by Arturo Galansino, Director General of the Fondazione Palazzo Strozzi, 'Libero' includes key monumental installations, sculptures and objects, as well as videos and photography series created throughout Ai Weiwei's career. Works range from those produced during his years living in New York in the 1980s, when he first encountered his ‘masters’ Andy Warhol and Marcel Duchamp, to his large iconic assemblages from the early 2000s that consist of objects such as bicycles and stools, to more recent, socially engaged works such as portraits of political dissidents built with LEGO bricks and his projects on migration in the Mediterranean region.

Over the past twenty years, Ai Weiwei has become a leading voice on the international art scene and China’s most famous living artist. Known for his political activism and meticulous artistic research, Ai Weiwei has also become a symbol of resistance against censorship. The show at Palazzo Strozzi offers the opportunity to both explore Ai Weiwei’s work and his personal narrative.

To find out more about the artist, visit the Ai Weiwei Story on Palazzo Strozzi's website, which provides a chronological account in pictures of the artist's life and career to date. 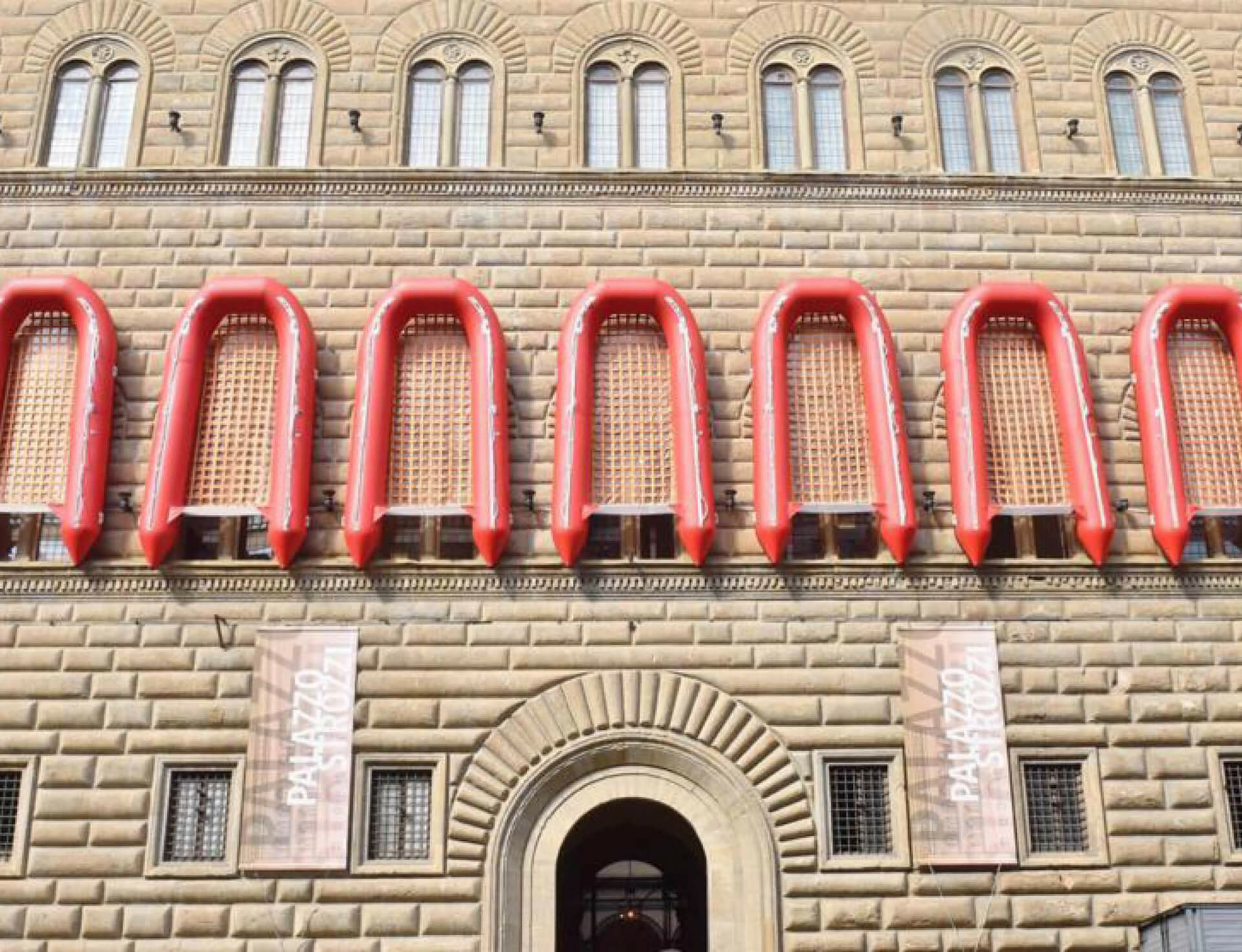