The fifth edition of Art Basel Hong Kong’s Film sector programme presents a selection of films that explore art’s entanglement with the present time. The programme includes three films that document various projects by Liu Xiaodong: Dong (2006), Liu Xiaodong: Hometown Boy (2010), and the Asia premiere of On the other Riverbanks in Berlin (2017).

Dong is a documentary by Chinese director Jia Zhangke - a member of the Sixth Generation of film directors in China with whom Xiaodong became close in the 1990s and 2000s - and follows the artist as he paints a group of labourers near Hubei Province’s Three Gorges Dam, and a group of sex workers in Bangkok. Hometown Boy sees Liu return to his hometown of Jincheng, Liaoning Province, to spend three months painting his family and childhood friends, and discusses the town’s now drastically different environmental, social and economic landscape. On the other Riverbanks in Berlin follows the progress of Liu’s paintings of actress Sasha Maria von Halbach and artist Zhuang Wei, with a focus on queer and transgender issues.
On Thursday 28 March, the screening of this most recent film will be preceded by a discussion between Liu and the Film sector’s curator, Li Zhenhua. Visit the Art Basel website for information on how to book.
Image: still from On the other Riverbanks in Berlin, 2017 © Liu Xiaodong 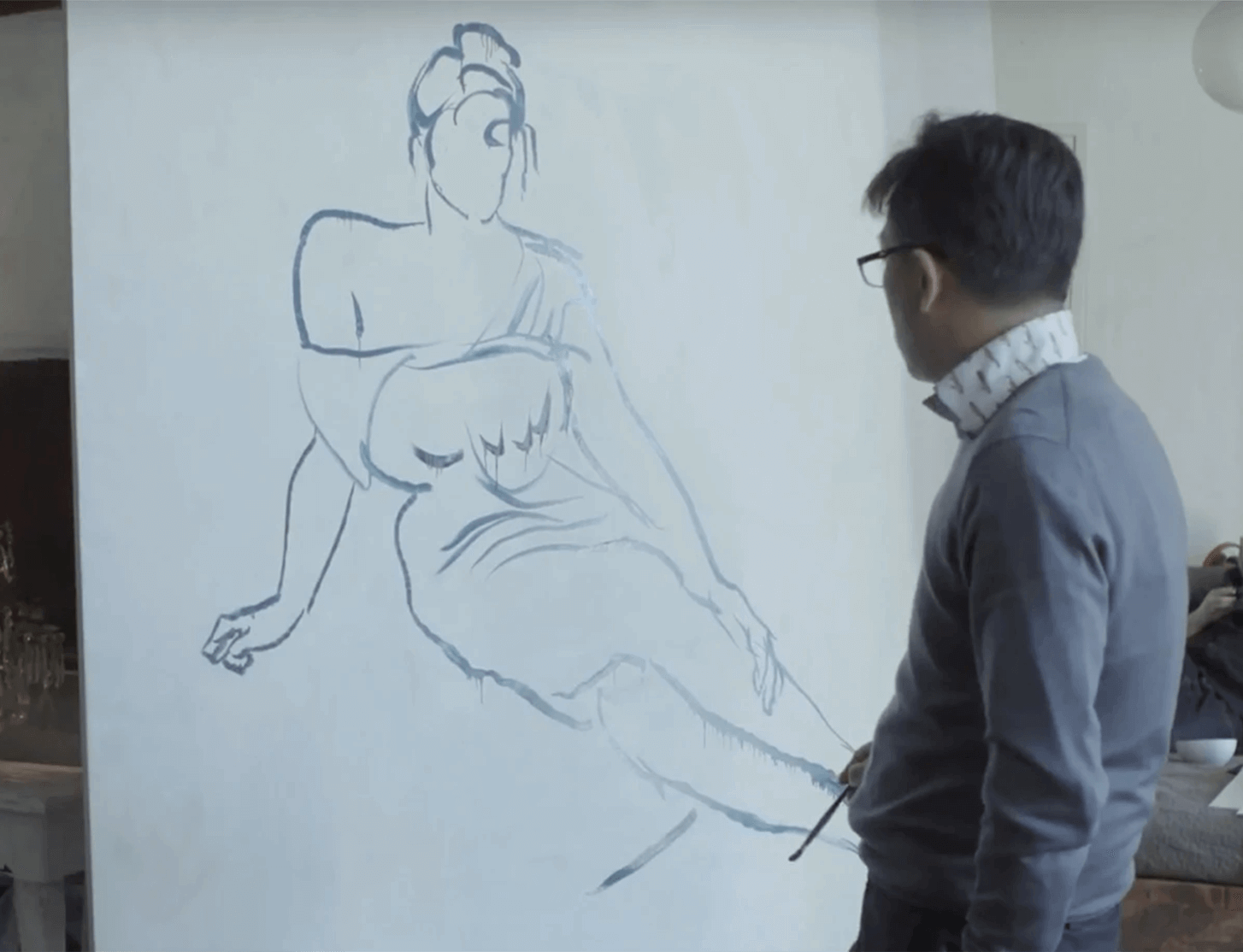