Announcing details of our presentation at Art Basel 2019

Lisson Gallery’s Art Basel 2019 presentation – across a new, larger booth (D17) this year – will encompass a series of individual, curated spaces, exploring ideas such as the concept of the self, both internally and metaphysically; the varying formal and expressionistic approaches to abstract geometry as adopted by artists over the past half-century; and the utilisation and radiant effects of light.
The first space is focused on works by Anish Kapoor, Susan Hiller and John Latham – artists who have all, at the heart of their practice, explored fundamental questions of the self – whether through a distorted mirrored reflection, an examination into the origins of life, the phenomena of near-death experiences, encounters with the subconscious, or the metaphysical surroundings of our universe. Entering the booth, visitors will be greeted by a new, deep red sculpture by Anish Kapoor, Acrylic Red Void (2019), flanked by a large-scale mirror and a new painting by the artist – the same body of work as is currently on show at Lisson Gallery London. Nearby, two of Susan Hiller’s earliest works, Salt and Clove (both 1972) sit side by side, seminal works from the late artist’s oeuvre and an example of her experimentation into materials and poignant questioning of belief systems. Here, she used salt and clove to create a tie-dye mixture that was sewn into the canvas, resulting in a unique colour and texture to each work. On the opposite side, Canvas Event # 1 (1994) by the pioneering conceptual artist, John Latham, features a spray-painted and twisted canvas on a wooden stretcher, resulting in a cosmic effect that the artist described as the birth of the universe.
The central room will be centred on the differing approaches to abstract geometry, whether through the gestural, ever-shifting colourful grids of Stanley Whitney, the quest for formal simplicity as embraced by Carmen Herrera, or the precise, hard-edge style that came to define the work of Leon Polk Smith. 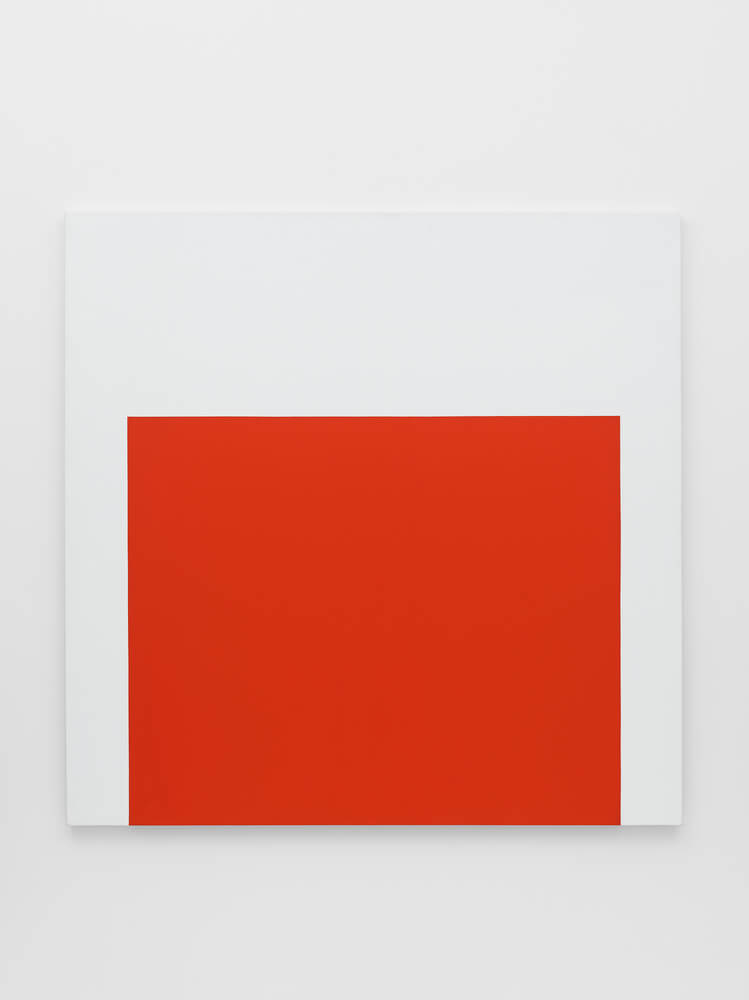 Carmen Herrera, Red Square, 1974, Acrylic on canvas, 152.4 x 152.4 cm, 60 x 60 in © Carmen Herrera
In the centre of the space, Ai Weiwei will present White wash (1993-2000), a collection of clay urns dating from the late Stone Age, coated in industrial paint. Complementing this nod to and play on history, Ryan Gander will present a new work, Retrospective Study for Dramaturgical Framework, 2019 (Torso of a youthful athletes next move, with elongated armature) - a recreation of a partially damaged, classical sculpture of a Torso depicting a youthful athlete from the first half of the second century AD, modelled on an ancient sculpture. Gander’s alternative version of this classical work presents a figure frozen in time ¬– from a fractionally different moment, as imagined by the artist. The fantastical surreal world of Laure Prouvost will also be welcomed to Basel – with a new work, Lèche Car (2019), overlooking this central room. This piece follows her recent exhibition representing France at the 58th Venice Biennale and precedes her major commission this summer with Transport for London.
A further, connected room will be dedicated to works that are made with, or react to, light. This space will include a new alabaster work by Marina Abramović entitled Hair Series No. 1 (2019), a lightbox by Rodney Graham presenting an ornate French telephone - a previous unused prop from one of the artist’s multi-layered stage-sets, and Untitled (Electric Light) (1968/2018) by Mary Corse, a lightbox made using a combination of Argon, Plexiglas, a high frequency generator, light-tubes and monofilament. On the outer wall of this space, a blue, pink and yellow fluorescent glow will emit from a light installation by Dan Flavin, Untitled (for the Vernas on opening anew) (1993). 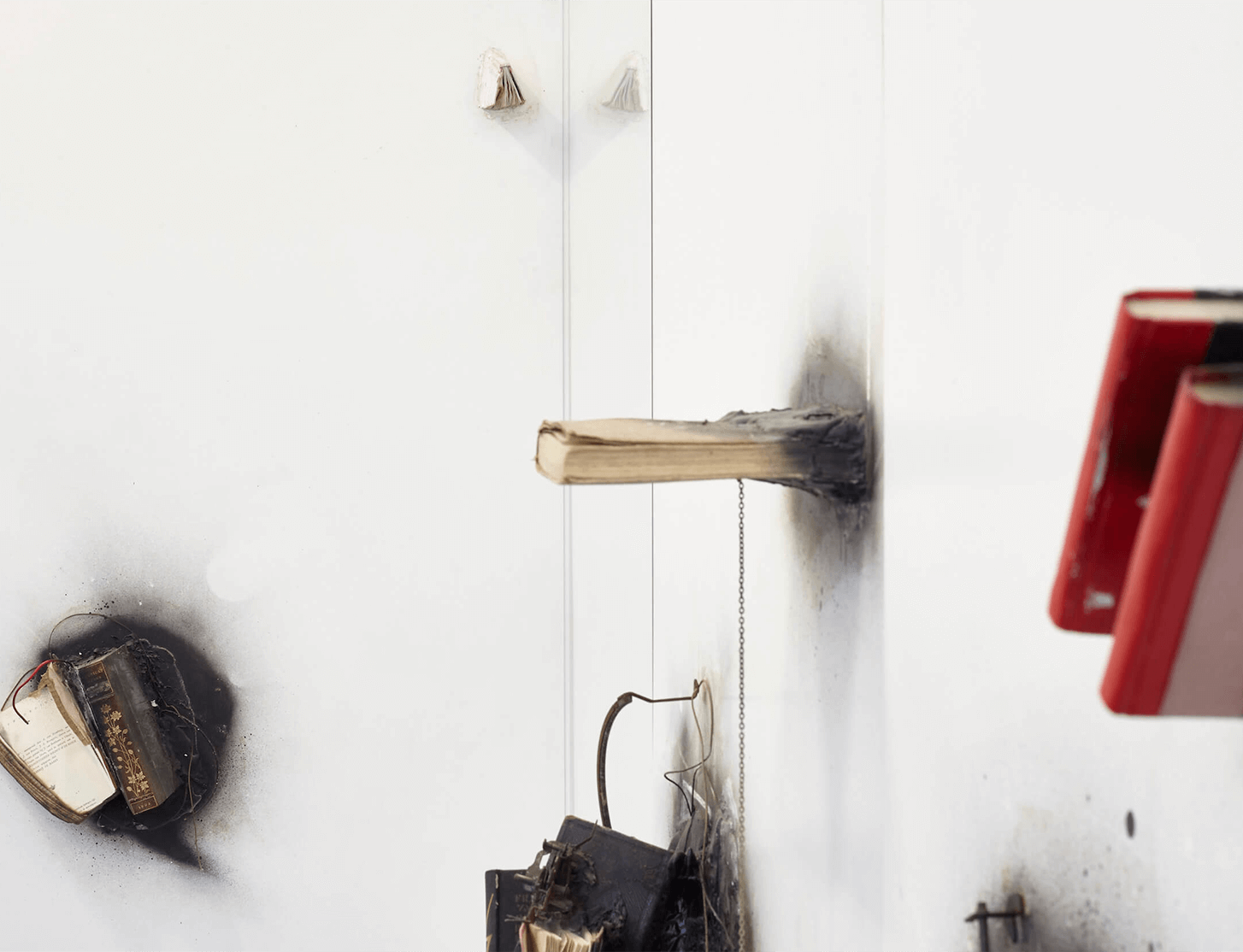 John Latham, Story of the RIO, 1983 (detail), plastic, glass, books, plaster, metal fittings, spray paint, 150 x 85 cm each, 59.1 x 33.5 in each © John Latham
Beyond the booth, this year Lisson Gallery will present a monumental work by John Latham as part of the fair's Unlimited sector. Story of the RIO (1983) consists of 18 vertical panels hung continuously. Most of the panels are made of white plastic, and on the surface one sees specks of black paint from a spray gun, and in some cases plaster, books, wires and scrap metal. These are interspersed with some plain glass panels of the same dimensions. Because of its size and shape and use of new materials, it stands out in Latham’s corpus as a visual departure from previous works; although it revisits the spray-gun idiom, first used in 1954, and the ‘book reliefs’, first made in 1958 by attaching books and other materials onto surfaces with plaster. Noa Latham, John Latham’s son, who wrote the book, ‘Quantum of Mark and Least Event: The interaction of John Latham’s art and ideas’ will be in Basel to present this work. 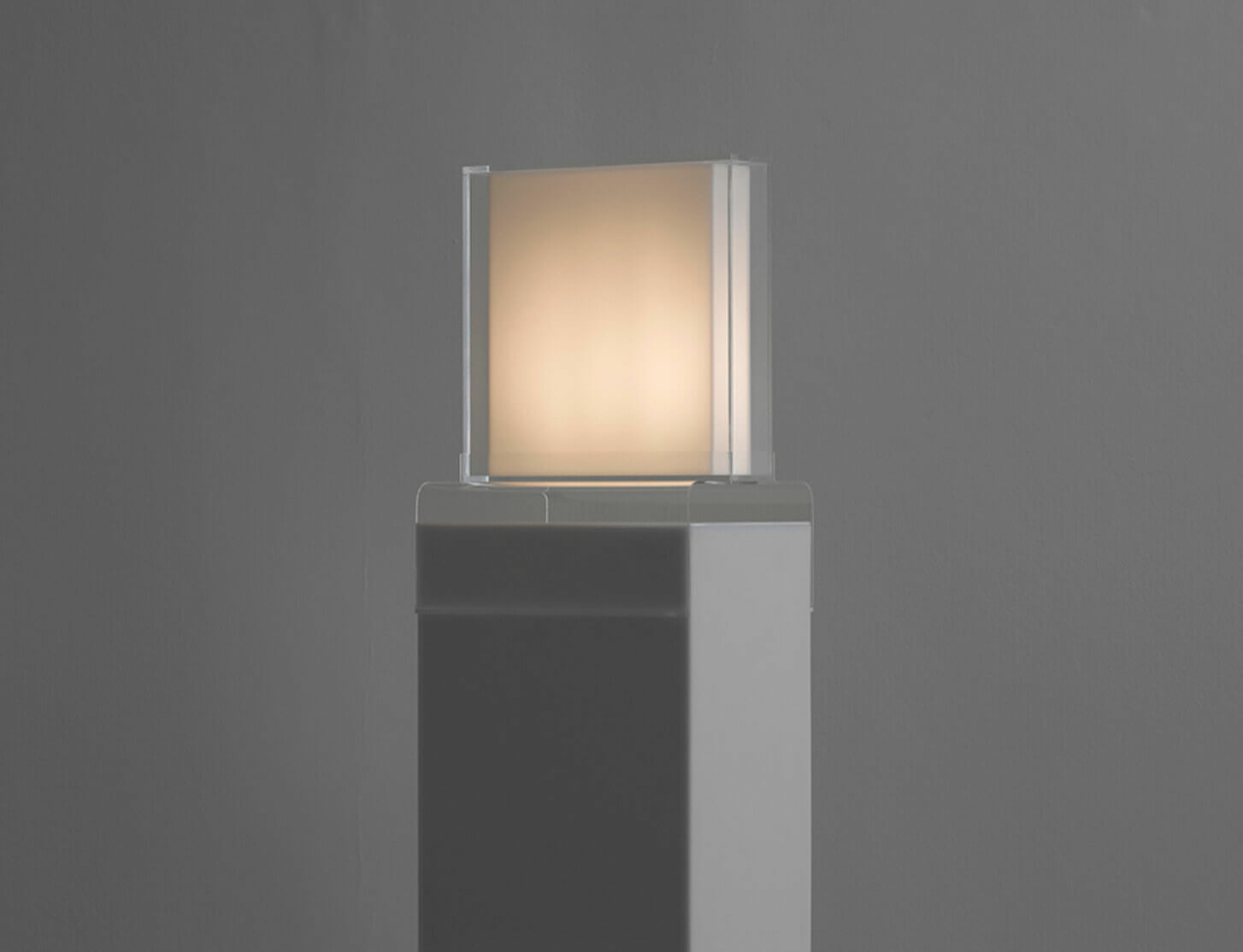