Kapoor "has made his mark across the world. Now he’s about to leave a lasting impression on Venice."

The studio of Anish Kapoor occupies a long stretch of an anodyne south London road. The British-Indian artist started with one space 25 years ago and, as his fame and wealth have accrued, so have his workrooms, each door allowing access to a different aspect of his oeuvre – and possibly his mind. In one large high-ceilinged hall, you can’t move for ginormous red splodgy paintings, fervent excrescences that remind you of hell, or someone’s guts. In the next, more confined, some of Kapoor’s assistants (more than 20 people work here) execute more technical work. The one after that privileges another Kapoor signature, his mirror pieces, large concave glasses that discombobulate you as you peer into them. Then there’s a chamber devoted to all things black (red is Kapoor’s longstanding love, but black is his big crush) before finally, through an entrance stacked with hundreds of canvases, we reach a moment of calm: a vast space at least 40ft tall, with high windows letting in crisp winter light. Down below are 10 or so large pictures, and a wide wooden desk absolutely submerged in paint.

“Here is my easel,” says Kapoor, now 67, with a trademark chuckle that betrays both good humour and occasional nerves. He is a small, slight figure clad in black jeans and an aggressively frayed turquoise jumper; his trainers, white a long time ago, are similarly caked in oils. At the other end of the complex, a meeting room containing neat art books and objets is the antithesis of here. But then these are the two poles – precision and mess – between which Kapoor has been swinging for the past 50 years; decades of the slick and monumental jostling with the weird and chaotic, reflecting his interest in endlessness, ritual and sex. In the smaller room, he had been detailing his ongoing fascination with sacrifice. I look over the desk. Is this a place for sacrifice, then? “Indeed it is,” sighs Kapoor. “Yikes!”

There’s a certain scale to everything Anish Kapoor does. He can’t help it, he says – things grow and expand without him even realising. It was like that with this studio – “it just happened to me!” – and it’s been the same with much of his career, an extraordinary trajectory that has seen him show in pretty much every great establishment in the world; his 2009 retrospective at the Royal Academy (the first time an Academician took over the whole of the main galleries), attracted more than 250,000 visitors. According to Sir Charles Saumarez Smith, president of the RA at the time, the show, with an exploding wax cannon, a small train buzzing around and various other bravura pieces, was a game-changer: “Now people are used to exhibitions that are experiential – but at the time I don’t think people had seen work that was so theatrical, and adventurous, and had an aspect of danger to it.”

Kapoor’s public commissions, meanwhile, have seen him serve up Cloud Gate in Chicago (aka The Bean), Marsyas in Tate Modern’s Turbine Hall and the ArcelorMittal Orbit, a huge intestinal swirl commissioned for London’s 2012 Olympics. But it is definitely, he swears, the same haphazard and surprising process that has led to his latest project, a takeover of Venice this spring, a centrepiece of this year’s Biennale that sees him not only showing at the city’s prestigious Gallerie dell’Accademia but also exhibiting works in what he calls several times “my mad, mad project!” Two years ago Kapoor bought the Palazzo Manfrin, an 18th-century edifice that reports describe charitably as “crumbling”; he is doing it up and turning it into… well, that’s still to be decided.

Read the full interview by Louis Wise in The Financial Times. 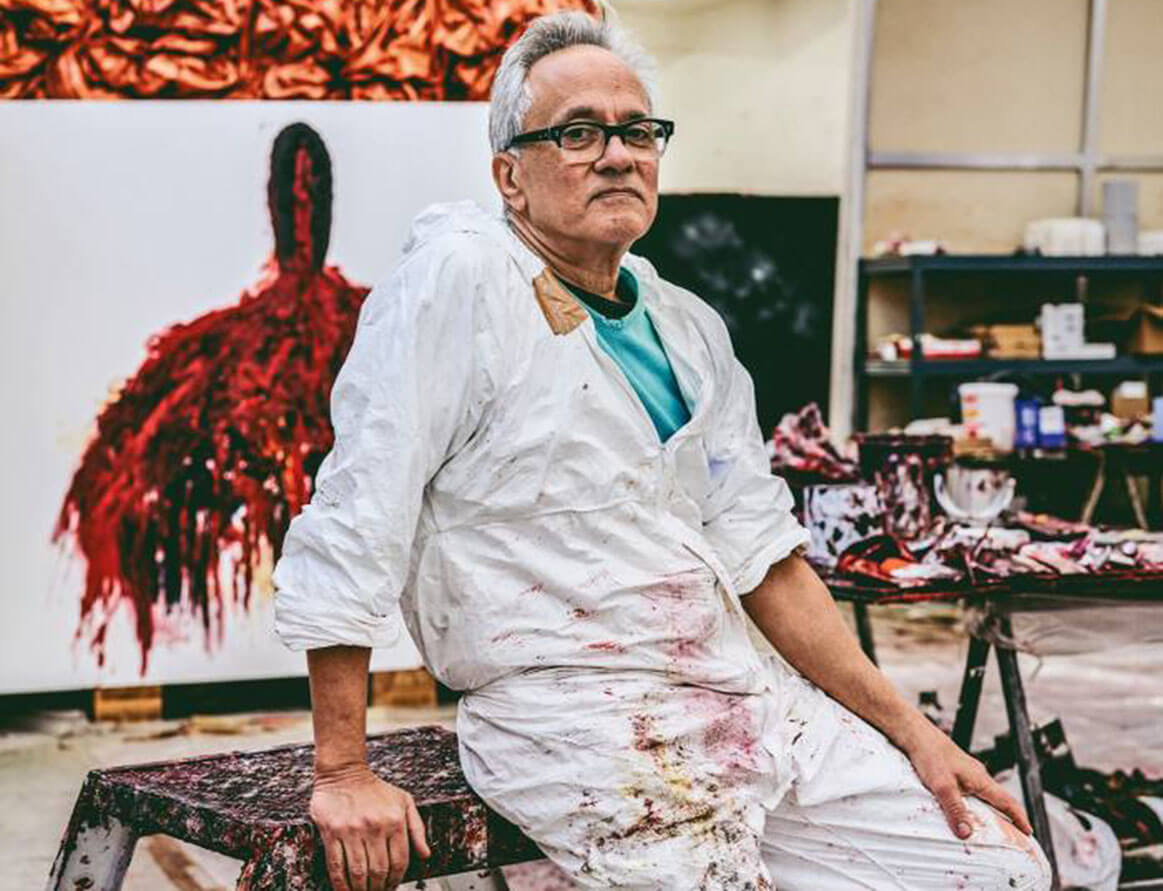