The Fundación Luís Seoane presents Angela de la Cruz. Escombros, which brings together 16 works made by Spanish artist Angela de la Cruz between the years 2009 and 2014, the first exhibition dedicated to the artist by an art centre in her hometown.

Angela de la Cruz. Escombros takes its title from one of the works included in the show, Debris (2012), in which the artist refers to rubbish and to the waste afloat in the oceans that finally surfaces on the seashore. The theme is closely related to one of the leitmotifs in her oeuvre, natural disasters—to be precise, the dire consequences of the tsunami that devastated the coasts of Thailand in December 2004 and the impact that the images of the subsequent debris and wreckage had on her.

References to water, remains and refuse brought in by the sea, along with what is left after the disaster, are repeated constantly throughout the exhibition. Such is the case of Battered III (Mud) (2012), an aluminium picture in which we make out numerous dents, as if it had repeatedly crashed into a static mass, as occurs with the objects that the sea crashes against the rocks. It is also true of Wet (Blue) [2012], in which the presence of water, physically absent from the work, can be made out thanks to the mark it left on the lower part of the canvas. The works included in the show establish close relations with the architectural space, in this case thanks to the exclusive use of two colours, white and brown, in an allusion to light (an element very present in the Fundación Luís Seoane building) and to mud (the stagnant water that remains after the flood, after the disaster).

A publication under the same title is to be published on occasion of the exhibition. Besides extensive documentation of the exhibition, it will include recent works by Angela de la Cruz and essays by the artist; the curator, Carolina Grau; and the director of the Fundación Luís Seoane, David Barro. For more information visit the exhibition website. 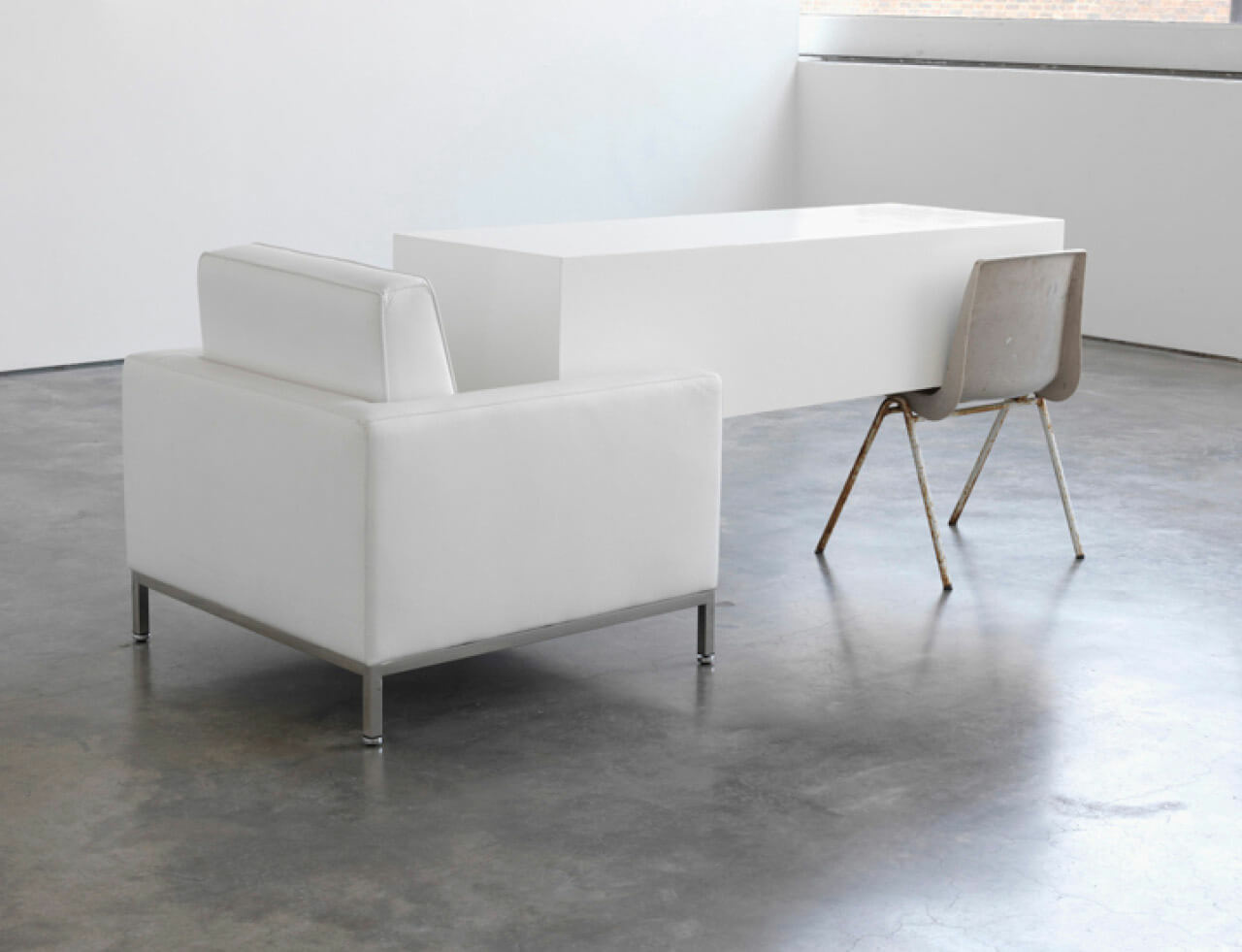