John Akomfrah’s films have shaken up official narratives around Black identity and imperialism. His latest tries to make sense of life in the pandemic.

Akomfrah, now 64, is too modest to call himself a High Priest of cinema. Yet for the past 40 years, he and his collaborators have shaken up official narratives around slavery, Black identity, imperialism and the environment with boundary-pushing films that seem timely today, even if they were largely ignored by the art world until recently.

These mosaic-like films retell marginalized histories, from his raw 1980s documentaries about race to his exploration of mankind’s destructive impulses in immersive multiscreen epics such as “Four Nocturnes,” which impressed critics at the 2019 Venice Biennale. After years of being sidelined, Akomfrah is enjoying newfound recognition.

His latest work, “five murmurations,” a three-channel film, will show at Lisson Gallery in New York from Sept. 9 through Oct. 16. The work is an attempt to make sense of some momentous events of the past 18 months: the coronavirus pandemic, and the murder of George Floyd, which sparked global protests in support of Black Lives Matter.

“It felt like there were almost two pandemics, overlapping, jostling and clashing with each other,” Akomfrah said recently in an interview at his airy London studio."

“I wanted to find a way of speaking about how generalized the sense of threat felt,” Akomfrah said.

Like Akomfrah’s previous films, “five murmurations” draws visual connections across media, time periods and geographies, creating echoes and affinities that allow new insights to emerge. In one kaleidoscopic sequence, for instance, stills of the police officer Derek Chauvin kneeling on Floyd’s neck are juxtaposed with archival photographs of the executed revolutionary Che Guevara and the Renaissance painter Andrea Mantegna’s “Lamentation over the Dead Christ.”

“There’s something really Christlike about George Floyd’s aura in death,” Akomfrah said. “Part of it is just the very public nature of the death: The banality, the stupidity of it — the sheer awfulness of it — seemed to transform him into something else.”

Read the full feature by Elizabeth Fullerton in The New York Times here. 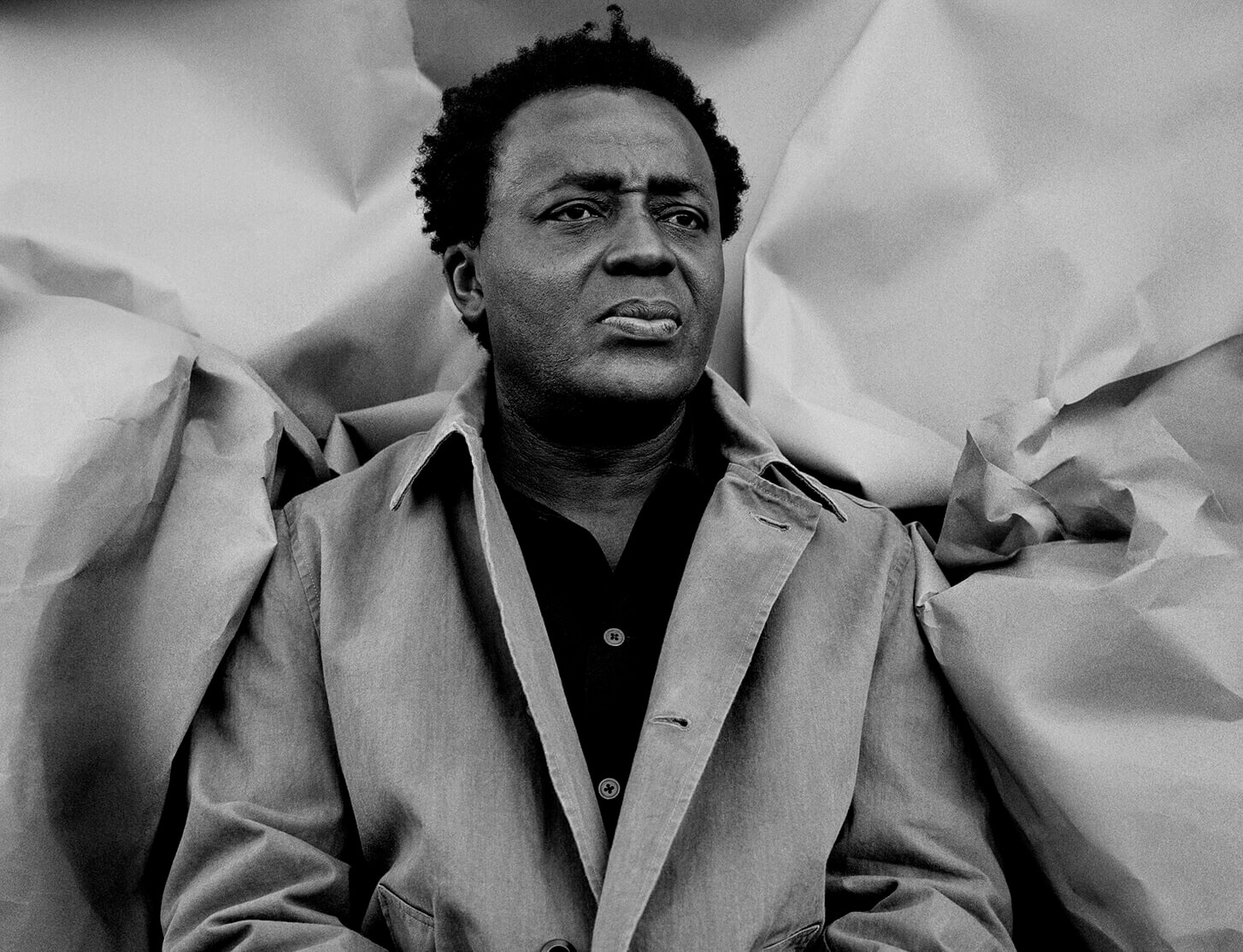