This week (19-22 November) marks the European Parliament's first ever Human Rights Week, commemorating the 70th anniversary of the Universal Declaration of Human Rights. Initiated by EP President Antonio Tajani, the conference brought together MEPs, high-level guests, members of national parliaments, representatives of regional and international organisations, artists and civil society delegates to reflect on the relevance and importance of the core principles of human rights. The speakers discussed issues including digital human rights monitoring, protecting the human rights of minorities, and new challenges in a global and digital world.

The Chinese artist and activist, Ai Weiwei delivered the keynote speech, focusing on sustainable development and human rights. Weiwei argued for a revision of the concept of human rights, to encompass a variety of multidimensional relationships, and to centre efforts on the individual as opposed to any political entity or interest group. The artist also confronted the meaning of human rights in the changing nature of our world, as science and technology develop and our privacy and personal freedom are threatened. Weiwei ended the speech by stating that: "A belief in ourselves and a belief in others, a trust in humanitarianism’s power to do good, and an earnest recognition of the value of life—these form the foundation for all human values and all human efforts."

An excerpt of the lecture, translated by Allan H. Barr, can be seen below, and the full version is available to read at this link.

At the core of human rights is the question of what it means to be human. To be human has specific implications: human self-awareness and the actions taken to uphold human dignity—these are what gives the concept of humanity a special meaning.

Human self-awareness and human actions are embodied in the interplay between individual thought and language and the wider society, in economic security, the right to education, and the right to free association and free expression; it is human actions that create conditions for protecting expression and encouraging bold thinking. If we abandon efforts to uphold human dignity, we forfeit the essential meaning of being human, and when we waver in our commitment to the idea of human rights, we are abandoning our moral principles. What follow from such a failure are duplicity and folly, corruption and tyranny, and the endless stream of humanitarian crises that we see in the world today.

More than two centuries have passed since the concept of human rights was first proposed. During that time humanity has gone through various stages of historical development and the world has seen enormous changes. In Europe, what was once a collection of colonialist, autocratic states has transformed into a democratic society with a capitalist orientation, establishing a democratic framework and a mechanism that protects individual rights. Under the new globalizing order, other societies are also seeing structural changes, and the concept of human rights is facing grave challenges. In part the challenges stem from the disparate demands of countries in different stages of development, with contrasting economic situations and competing economic interests. But challenges also come from divergent conceptions of human rights, from divergent understandings of human dignity, morality and responsibility, and from different interpretations and applications of the core principles of human rights. In the contemporary world, as we weaken our grasp of the fundamental values and principles of human rights and humanitarianism, we risk losing our right, responsibility, and power to uphold human dignity.

History shows that a moral failure is always accompanied by painful realities, visible everywhere. The global refugee crisis is worsening daily, and 70 million refugees have been forced to leave their homes by war and poverty. Our living environment is constantly being degraded, and the ecological balance is ever more fragile. Armed conflicts persist and potential political crises lurk; regional instabilities grow more acute; autocratic regimes brutally impose their will, while democratic government is in decline. Unreasoning and unrestrained expansion under a nationalist, capitalist order is exacerbating the global gap between rich and poor. Our views of the world have become more divided and more conflicted than ever before. 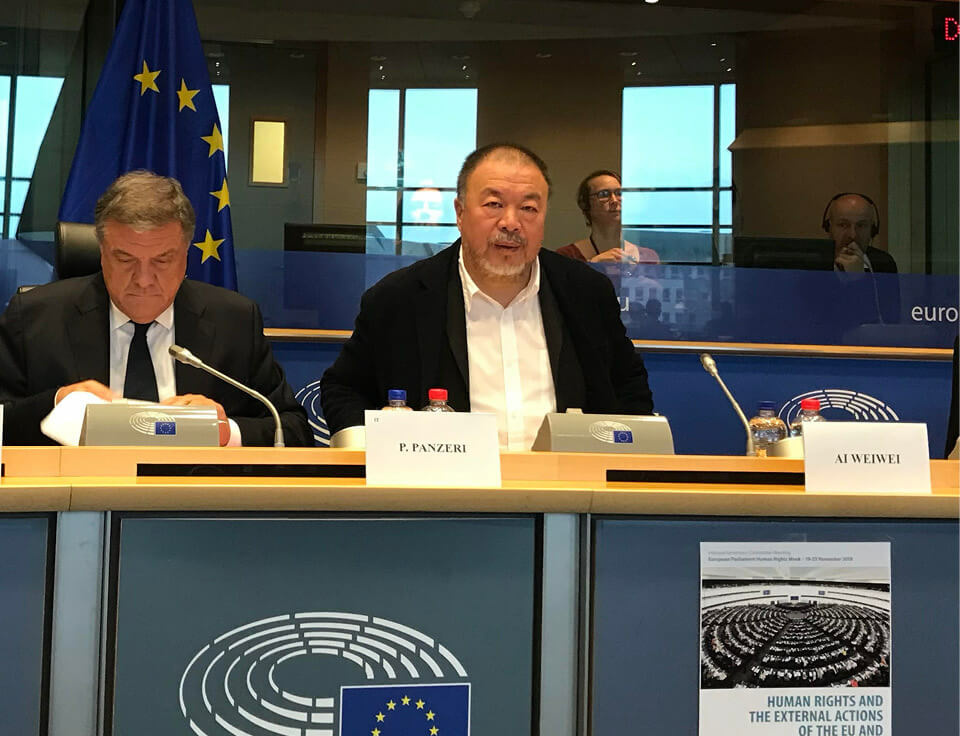