Broomberg & Chanarin: 'Don’t Start With The Good Old Things But The Bad New Ones'

In the exhibition ‘Don't Start with the good old things but the bad new ones’, at C/O Berlin from 30 September until 4 December 2016, Broomberg & Chanarin present two recent works that reference the German poet Bertolt Brecht’s War Primer and The Holy Bible, using them as vehicles to explore the documentation, dissemination and currency of images within the media and photography's innate fascination with conflict and human suffering.

Broomberg & Chanarin's limited edition book War Primer 2 features in the exhibition. A belated sequel to Brecht's 1955 publication, the book is composed of brutal imagery juxtaposed with passages of text describing concrete acts of violence. Unlike the original, which collects newspaper clippings from the Second World War positioned next to four-line poems called Photo-epigrams, images for War Primer 2 are concerned with conflict generated by both sides of the 'War on Terror'. By simplifying the consumption of both image and text, the artist duo challenge our conventional viewing habits and force us to become critical observers, unable to passively lose ourselves in the spectacle.

While researching War Primer 2, Broomberg & Chanarin came across Brecht’s personal copy of the Bible, which the poet had decorated with images cut from newspapers. Inspired by this remarkable object, the artists embarked on Divine Violence, their own illustrated bible also on display at C/O Berlin. Drawing on images from The Archive of Modern Conflict in London, the project extensively records the violence, calamity and absurdity of war in a format that mimics both the precise structure and physical form of the King James Bible. By allowing elements of the original text to guide their image selection, the artists explore themes of authorship and the unspoken criteria used to determine acceptable evidence of violence.

The exhibition, curated by Ann-Christin Bertrand includes approximately 90 images and will open on the occasion of the 10th European Months of Phototgraphy, along with the launch of Broomberg & Chanarin’s book, Humans and Other Animals, published in German translation by Kehrer. Please click here for more information on the exhibition. 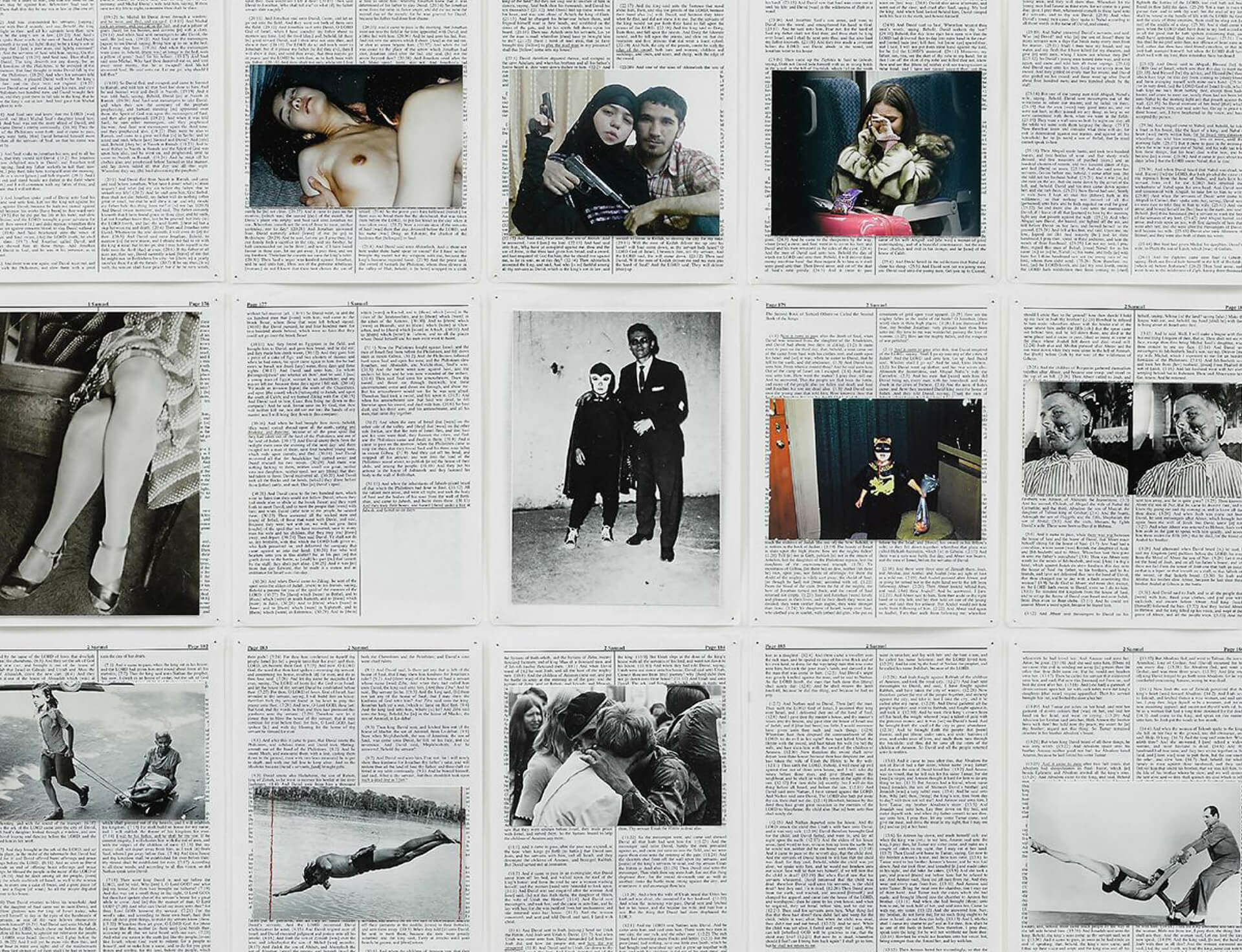