Abstraction seemed a dust bowl, but Sean Scully made it bloom again

The Philadelphia Museum of Art surveys a half-century of the artist’s career.

For the past 50 years, Scully has resided in the small but fertile province of the grid, rotating the crops of his color fields to avoid depleting the soil. Curiously, he reminds me a bit of Romantic English landscape artist John Constable: infinitely inspired by what is near to hand, deeply at home, keenly alert, as only a provincial can be, to the nuances of the space he inhabits. Scully finds analogues in his home place for larger themes from art history, so in his 2015 “Doric Blue and Blue,” the grid resolves into the pure brushstroke, the squarish daub of Cézanne. In the four panels of the 2000 “Land Sea Sky” and other more recent works, Rothko is summoned. In yet other images, the grid becomes mere substrate for cultivating Barnett Newman’s “zips,” now laid out horizontally for better yield.

Perhaps the most touching works in the Philadelphia show are those that suggest the longer arc of Scully’s career, from purity to messiness, rigidity to freedom, self-containment to self-expression.

The 2002 “Mooseurach,” named after a Bavarian town where Scully maintains a studio, has bits of red or salmon and blue and green peaking through the interstitial spaces of his darker, more somber-colored bricks. These hints of color suggest light and fire, sky and sunset, cold and heat, while also giving us a sense of the depth of color underneath the color. The particular presence of the brown or tan or white we see on a densely painted canvas is determined not just by the pigment or the light in the room, but by the colors beneath the surface color. So these glimpses of color are both metaphors for things in life and small indexical signs of how Scully creates those illusions. They are fantasy and process at the same time.

They also are worlds away from the strict, surface patterns of the artist’s early work, as if he has found freedom or release from the grid space he laid out a half-century ago. One thinks of Richard II’s speech in prison, as he tries to hammer out an imaginary world from his confinement. Like Richard, Scully has begot “a generation of still-breeding thoughts,/ And these same thoughts people this little world.”

That’s an impressive accomplishment for any artist: to escape their comfort zone without ever leaving it. The Philadelphia survey takes us along for that ride, and it’s a moving journey.

Read the full review by Philip Kennicott in The Washington Post here.

'Sean Scully: The Shape of Ideas' is on view at The Philadelphia Museum of Art through 31 July. 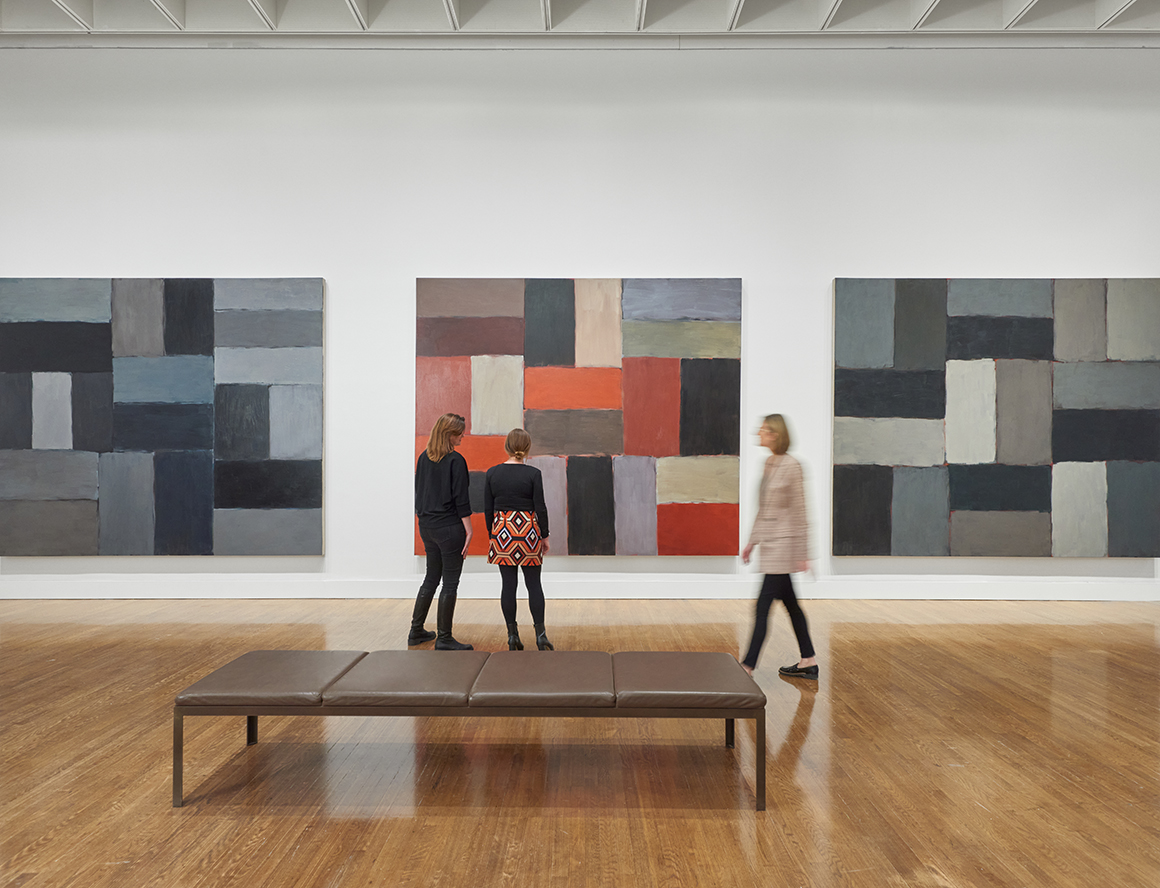