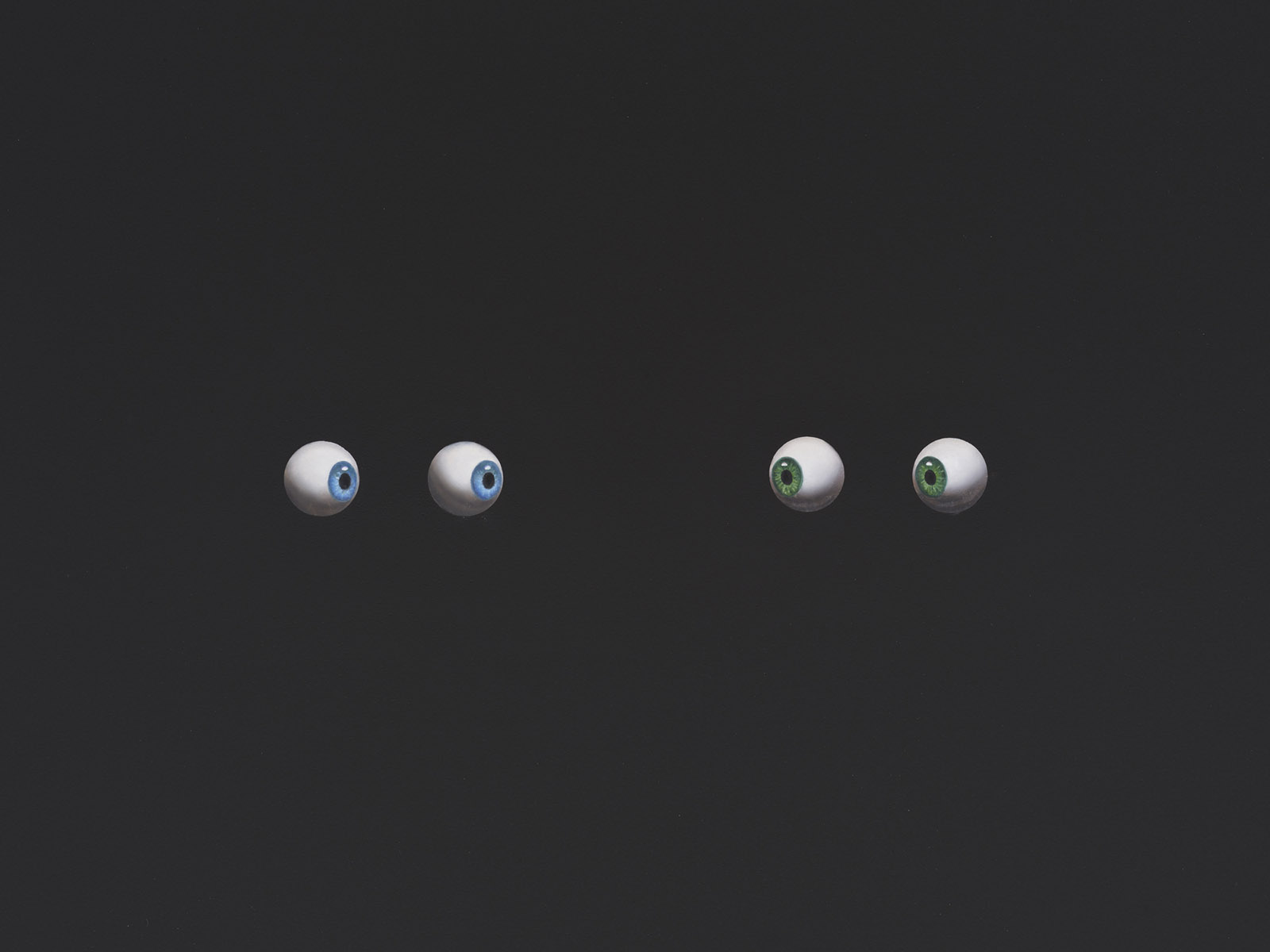 For Van Hanos’s first exhibition in London, the Marfa-based artist presents a series of new paintings, focusing exclusively, for the first time, on experimental figuration. In Hanos’s ever-evolving practice, each exhibition is an extension from his previous body of work; his last presentation in New York (Conditional Bloom at Lisson Gallery, 2021) focused on multifarious abstractions of form, whereas now the artist applies himself to expanding our perception of the medium and traditions around figurative painting. In this new series, we see Hanos thinking about painting in a different way, liberating his and our own understanding of allegory and image, considering what makes portraiture a portrait, rather than just an illustration of a figure. Some paintings are intentionally conceived as portraits – formed through a deep and deliberate affection to capture the likeness of the person – whereas others are painted as symbols or vehicles for narratives.

Entitled Twin, the premise was born from a conversation between Hanos and his twin brother, sharing his initial vision for the gallery space, thinking of the trapezoid-like spaces as a pair, as well as marking this as the painter’s second exhibition with Lisson. The notion of twin, rather than twins, also encourages reflections on the self, the singularity in the pair, which Hanos used as a springboard to explore with mirrors and echoes, focusing on the creation of images from other images.

Twins (all works 2022) is one painting in the exhibition (inspired by Sam Potthoff, 1979), depicting two sets of eyes in a black void. These eyes represent babies in the womb, with the dark background suggesting a body. Alongside this is Erin Erin Echo, the title referring to the Narcissus myth from Ovid's ‘Metamorphoses’, the beautiful youth who rejected Echo and fell in love with his own reflection. The multi-layered, dense approach seen in this painting reveals how Hanos often approaches his work: superimposing ideas to create a new existence, one that is based on real people and places yet physically and digitally manufactured – making it both reality and fantasy.

Other works in the exhibition include Archer, bow, lion, and whip, two candid, tender figures that together create the shape of an arrow, serving as a contemporary personification of the goddess, Artemis; and Offering, presenting a woman in water below a pair of male twins modelled in sync – the setting inspired by pre-historic sites in The Lower Pecos Canyonlands in Marfa. Here, one of the male twins offers a small figure perched in his hand as a totem to the mountain, while the other gazes into the eyes of the mountain, as if depicting a waking dream.

Traditional portraits of two of Hanos’s closest friends are also presented: Portrait of Sam Salazar, which is itself a vignette of Marfa given the subject’s family lineage dates back to Marfa for c.10,000 years; and David, an intense, psychedelic portrait realised with the stylistic approach of Michelangelo's sculpture of David (c.1501) in mind – the lightbulb replacing the stone, the Globe as the head of Goliath.

The exhibition also features a new ceramic glazed sculpture, Boy with Thorn, portraying a wounded young boy crying, his tears reincarnated as a fountain. Raining down tequila (a drink typically produced and packaged in ceramic vessels), the sculpture serves as a dark tragicomedy on the ripple effects of substance abuse.

A series of smaller paintings interspersed across the galleries are presented as a fracture of the forms outlined in the larger works. If the larger paintings cycle through portraiture, allegory and the overlay of form, these smaller works feel like practice in process – academic sketches or studies where ideas are played out: depictions of thought.