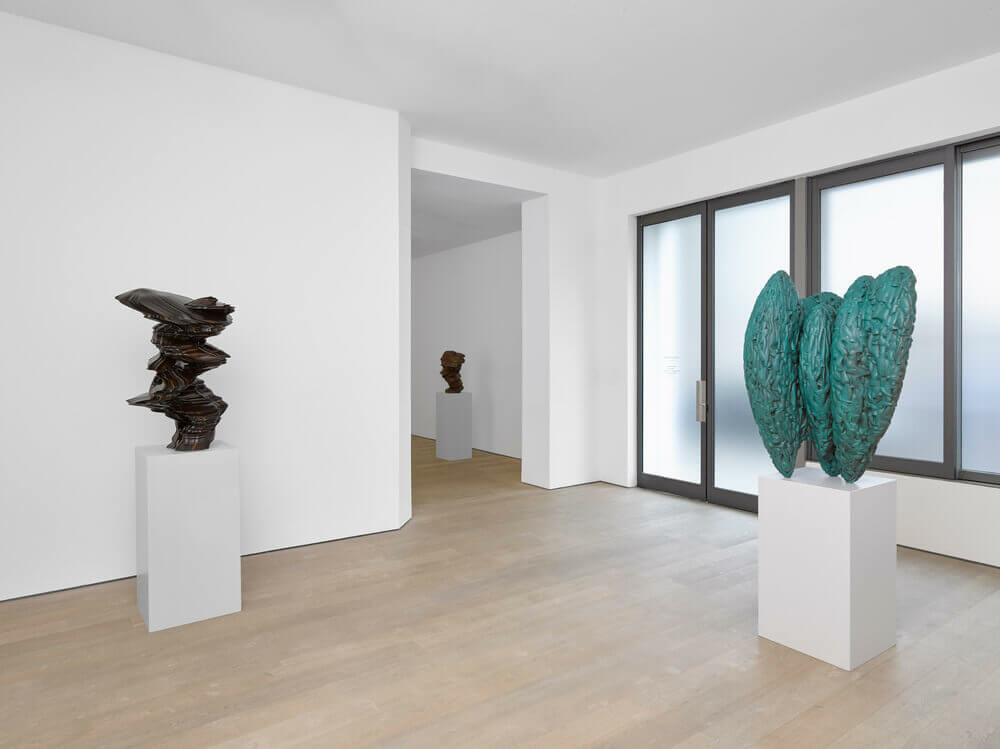 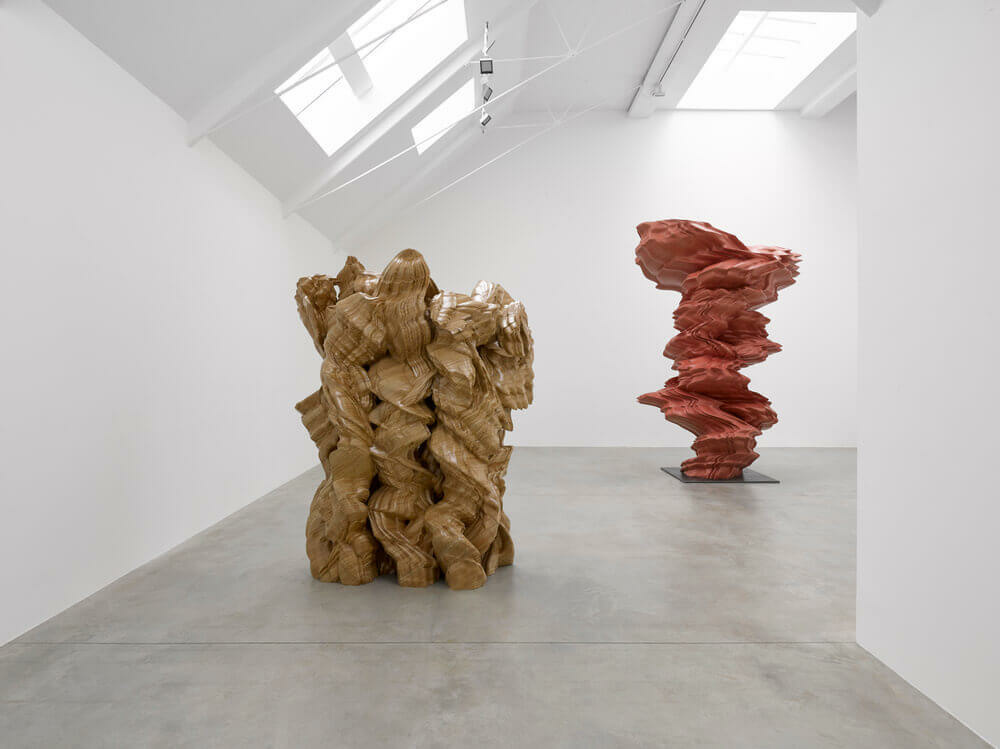 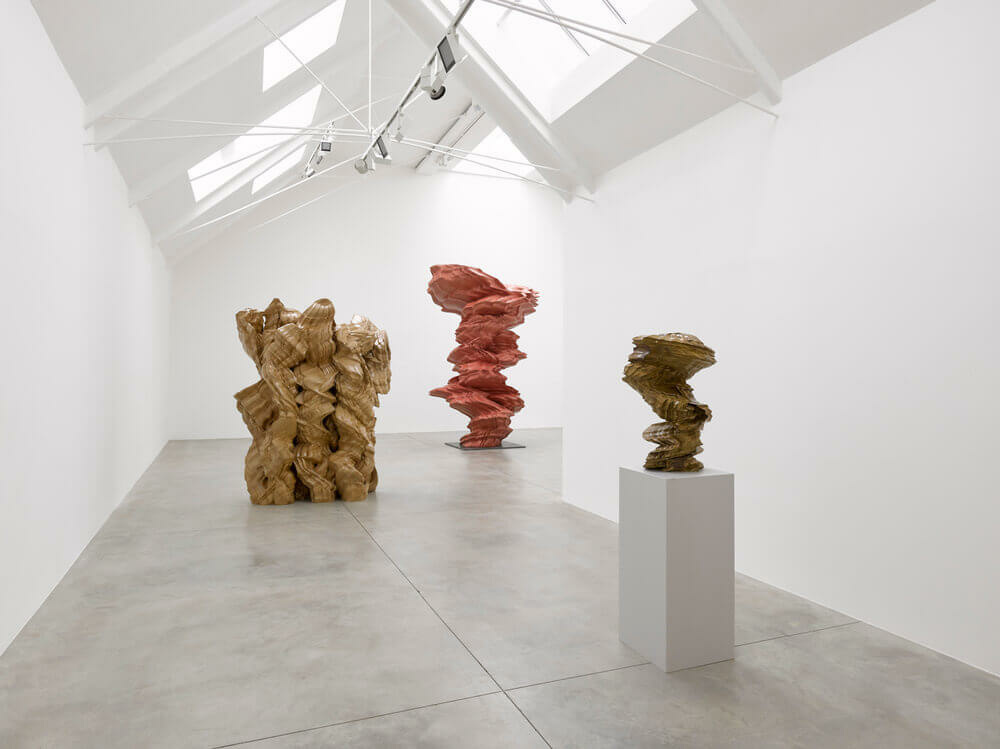 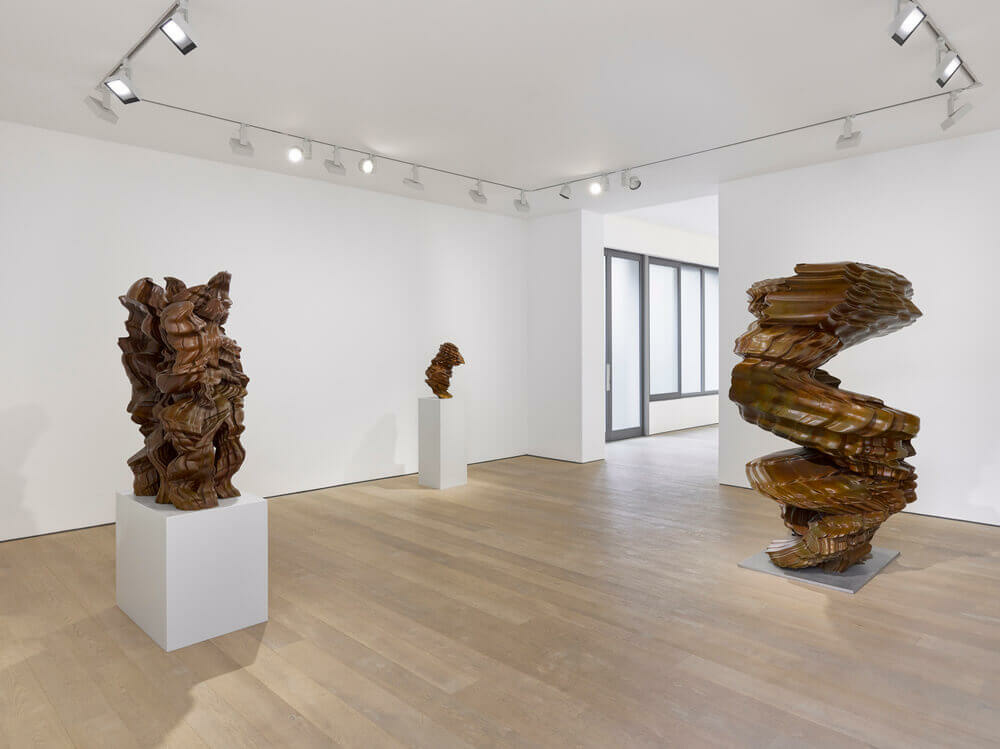 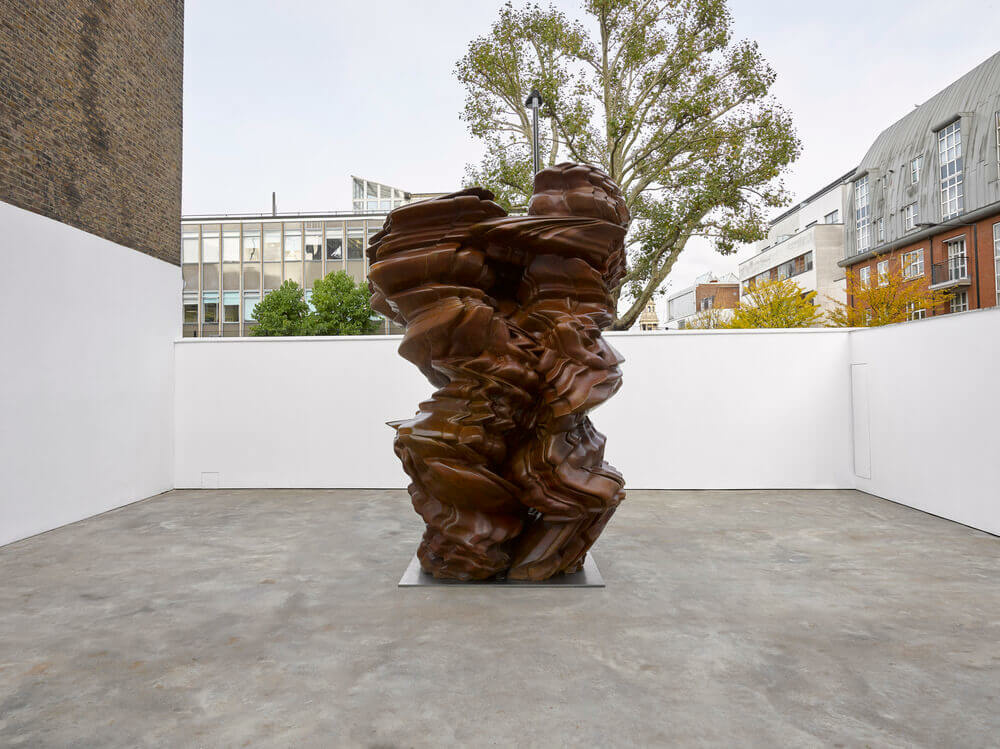 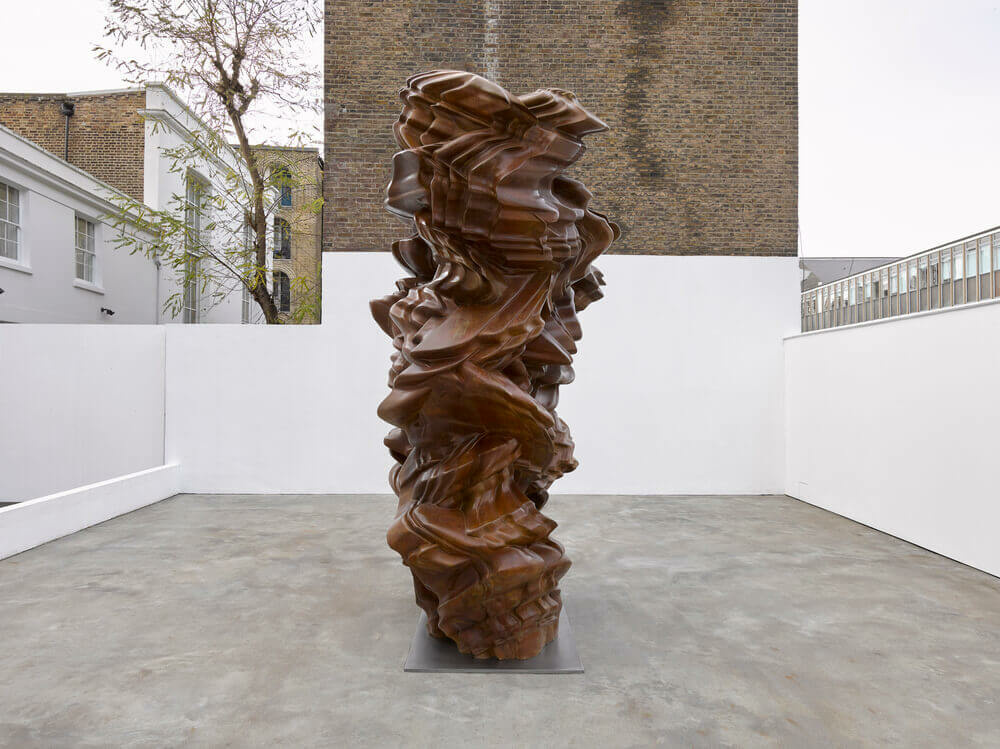 "From early and earthy stacks made at the Royal College of Art, through to his later and larger columnar, spinning stacks in wood, stone, bronze and steel, Tony Cragg’s sculpture continues to surprise and enthral, offering up a fascinating mixture of order and disorder, balance and imbalance, method and madness, encouraging us to think about our place in the world and what lies beneath."       Dr Jon Wood, 2019

For Tony Cragg’s fifteenth exhibition with Lisson Gallery, the artist presents a selection of complex polymorphic sculptures, rendered in bronze, wood and steel, including a new series of works entitled Stack, alongside works from the Over the Earth and In No Time series. This exhibition also extends outside the galleries, featuring the debut of a monumental, outdoor bronze Stack. This presentation illustrates the movement, growth, dynamism and sense of wonder at the seemingly unlimited possibilities of sculptural form. The show also celebrates the artist’s long-standing relationship with Lisson Gallery – the show being 40 years since his first with the gallery in 1979.

The exhibition focuses on the resonance of stacking in Cragg’s practice, considering how the creation of solid, cohesive forms out of small, disparate parts has been a constant in his work, spanning over five decades of making. Cragg’s Stacks developed initially in the ’70s, coinciding with his emergence as an artist and the critical recognition of his exhibited work, as well as his move to Germany in 1977. Cragg has variously stacked, gathered and layered ever since, deploying various acts of stratification, compilation, accrual and accumulation in his work. These constructive, physical activities have also been animated by a range of ideas, references and narratives, drawing from geology, archaeology, biology, chemistry, natural history, psychology and anthropology. The geological concerns displayed by these early works – including the sculptural Stack presented at Tate in 1975 and Minster (1987) presented at Hayward Gallery that year, combining a multitude of miscellaneous, recycled and geological materials with physical hand-made endeavour – set Cragg apart from the other artists working in Britain at the time.

The exhibition also includes works from Cragg’s In No Time series. These works conjure up emotionally-charged ideas of bodily enclosure, intimate habitation and the feeling of living between the layers. These works speak to the connection between ‘layer’ and ‘history’ – the accumulation of meaning, and developing histories. Cragg has always been interested in etymologies and the ways in which experiences, ideas and words are materialised. In German, the word Geschichte means both ‘history’ and ‘story’ – two theoretically different concepts, with history referring to a ‘factual’ event in the past, and a story referring to a narrative or fictional tale. “We might also talk about ‘storey’ and ‘story’: the storeys of buildings and the stories of life”, says Cragg. “Telling ‘histories’ as telling ‘stories’ and recounting ‘tales’. I think about ‘telling’ as ‘narrating’ but also about ‘accounting’ or ‘recounting’. You might recount a tale and tell a history, for example, or account for yourself. Counting and accounting, telling and numbering, adding and accumulating… these words and ideas also introduce time and are part of a broader, bigger idea of history as layering or a layering upwards of deeper experiences.”

The exhibition follows a solo presentation of Cragg’s work at this year’s Armory show with the gallery, and museum exhibitions at the Kunstpalast Düsseldorf and the Franz Marc Museum in Kochel Am See (2 June – 6 October), as well as a major installation of his works at the Boboli Gardens, behind the Pitti Palace in Florence (7 May – 13 October).

A publication focused on the history of Cragg’s Stack works will accompany the exhibition, featuring an essay by Dr Jon Wood, entitled ‘Strata, structures, stories: "Stacking" in Tony Cragg’s sculpture’.