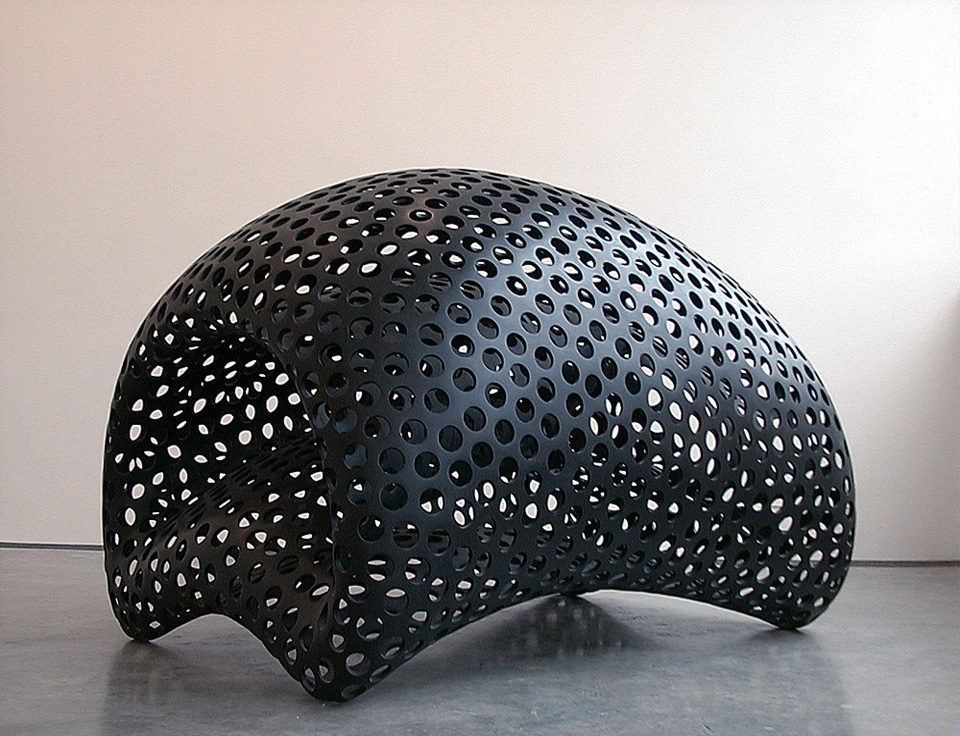 The great enduring stature of Tony Cragg’s work comes from the artist’s ability to move seemingly effortlessly between extremes of style, material and subject matter; these he calls his ‘form languages’. He has the creative ability to take on the traditions of sculpture whether they be form, material or scale and empower them with an individuality that places them squarely within our time. His vision as a sculptor is based on observation and experience both in terms of ideas; drawn upon his early scientific background and his extensive knowledge of the history of cultural evolution, together with his visual and tactile ability to respond to the forms in his sculptures while in the process of making them.

Cragg develops his ideas in a fluid way, often returning to themes and materials while at the same time extending both simultaneously. The current exhibition includes works using glass, bronze, plaster, fibreglass and stone; however to categorise Cragg’s work in such a way would be an oversimplification. It is more to discover what ideas link these forms and materials rather than what differentiates them.

The works in this exhibition which have been produced during the last two years will also include several works made within the last few months, during which time Cragg has cleared his studio to provide himself with the context to produce work with an immediacy and intensity that only a ‘hands on’

approach can provide. He continues to be a great inventor and innovator.

Tony Cragg was born in Liverpool in 1949. After working in a scientific Laboratory he attended Gloucester and Wimbledon School of Art before taking his MA at the Royal College of Art in 1977. This is Cragg’s eighth solo show at Lisson since his first one person exhibition at the gallery in 1979. In 1988 he represented Britain at the Venice Biennale and was awarded the prestigious Turner Prize. He had a major retrospective at the Pompidou Centre in Paris in 1996 and a much acclaimed solo exhibition at the Whitechapel Gallery in 1997. In the last year he has exhibited extensively worldwide including one person shows at City Art Gallery, Wellington; Siena Arte Contemporanea, Siena and Lenbachhausen, Munich. Cragg lives and works in Germany.