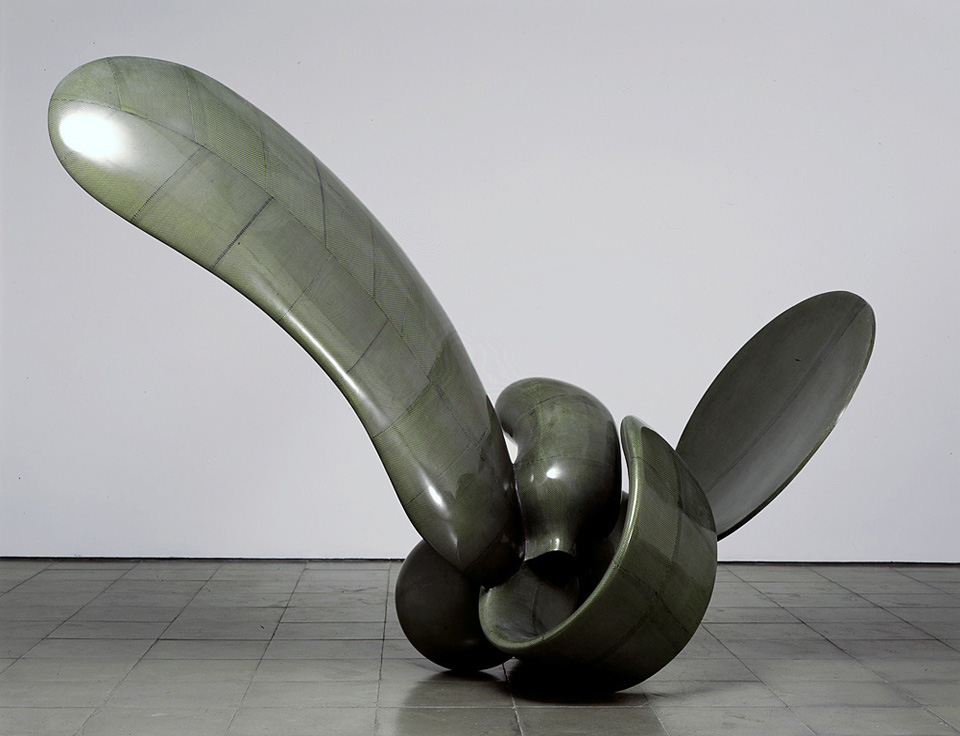 The central theme of Tony Cragg’s work is his preoccupation with the material world - the reality of objects, which either come from nature, albeit a man- modified nature or the useful things we make to help us exist. This utilitarian requirement of the manmade things around us expands the range of forms possible with Cragg’s sculpture which become metaphors and carriers of complex information in his visual language.

The work offers a re-examination of the relationship between nature and the man-made world, a re-evaluation of the information, meanings and poetry attached to our physical world and our perceptions of reality.

Cragg’s early work used a wide range of objects and materials that he gathered out of found industrial products. In the early 1980s he became more interested in influencing the sculpture forms of the material using not only found materials but also more traditional materials: his so called form languages.

His more recent works investigate the relationship between the aesthetic world of geometric and biomorphic form and the aesthetic world of the organic, where natural materials take on synthetic forms and synthetic materials at times look like natural objects. Other works deal with notions of metamorphosis and evolution, even embryology, while perforation functions as a metaphor for a journey into the imperceptibility of microcosms and macrocosms.

Cragg’s work in his forthcoming exhibition at Lisson Gallery will be made from materials such as stone, kevlar (carbon fibre) bronze and wood.

Tony Cragg was born in Liverpool in 1949. He attended the Wimbledon School of Art before taking his MA at the Royal College of Art in 1977. He represented Britain at the Venice Biennale in 1988 and was awarded the prestigious Turner Prize in the following year. He has exhibited extensively and has had major solo shows at the Tate Gallery, London (1989), Van Abbemuseum, Eindhoven (1991), Concoran Gallery of Art, Washington (1991), Museo Nacional Centro de Arte Reina Sofia, Madrid (1995), Lenbachhaus, Munich (1998), Centre Georges Pompidou, Paris (1996), Whitechapel Gallery, London (1997) and the Tate Gallery, Liverpool (2001). He has recently been awarded the Shakespeare Prize and an honorary doctorate from the University of Surrey. Cragg lives and works in Germany. His first gallery exhibition was at the Lisson Gallery in 1979.

Tony Cragg will be exhibiting new work at Lisson Gallery from 26th October to 21st December 2001.