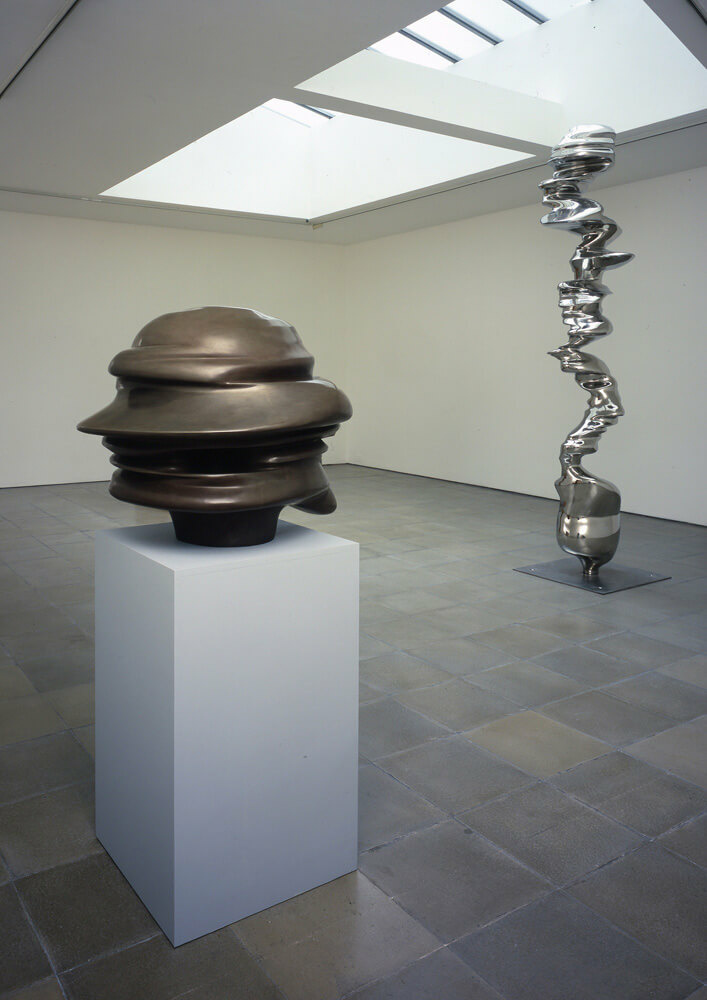 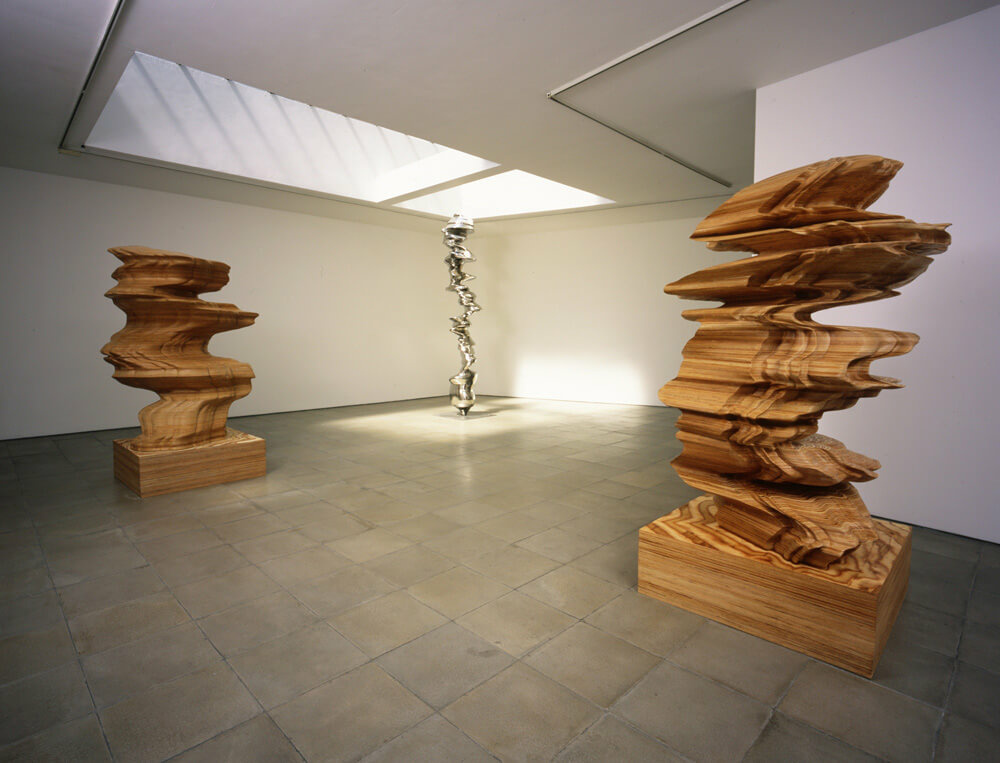 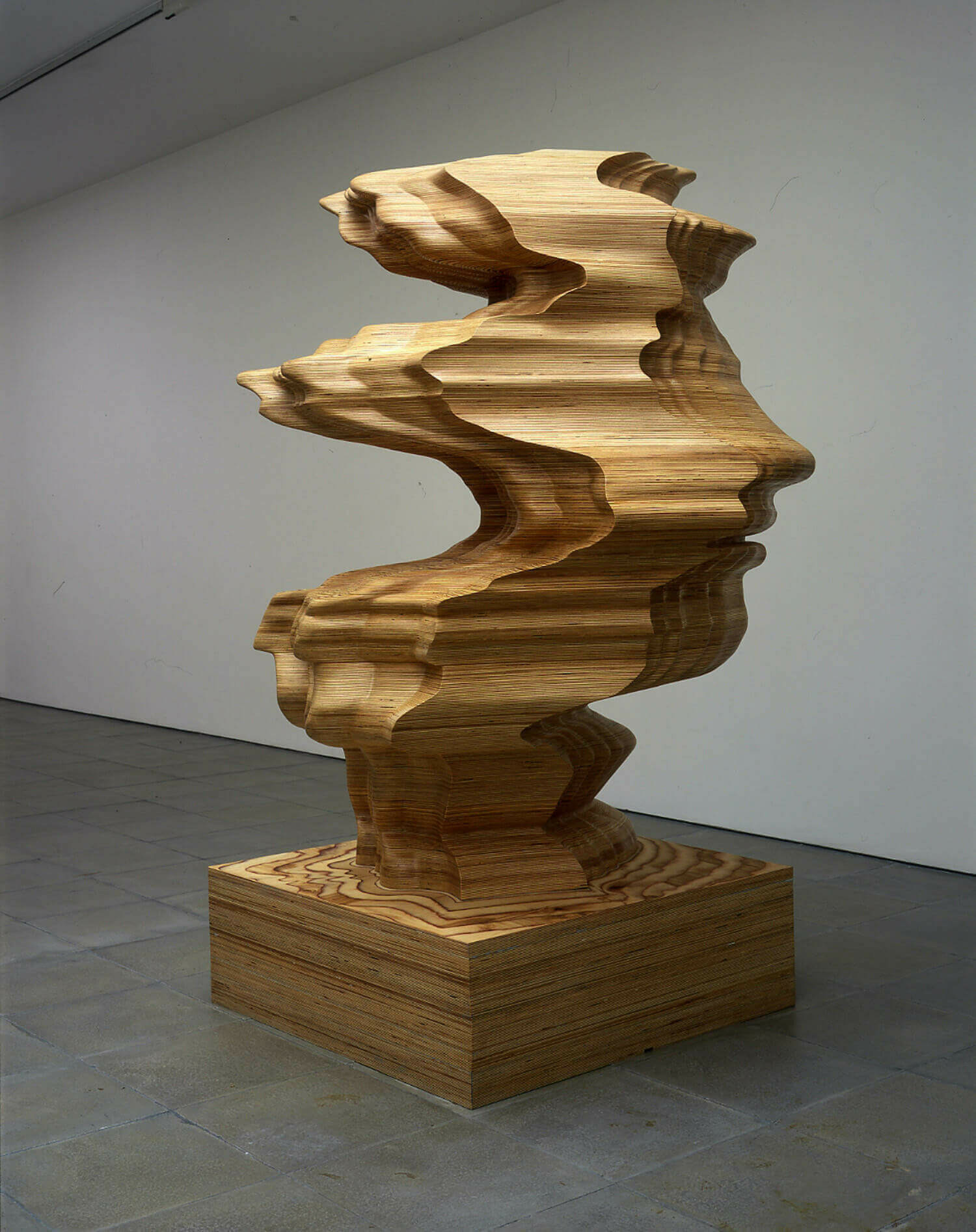 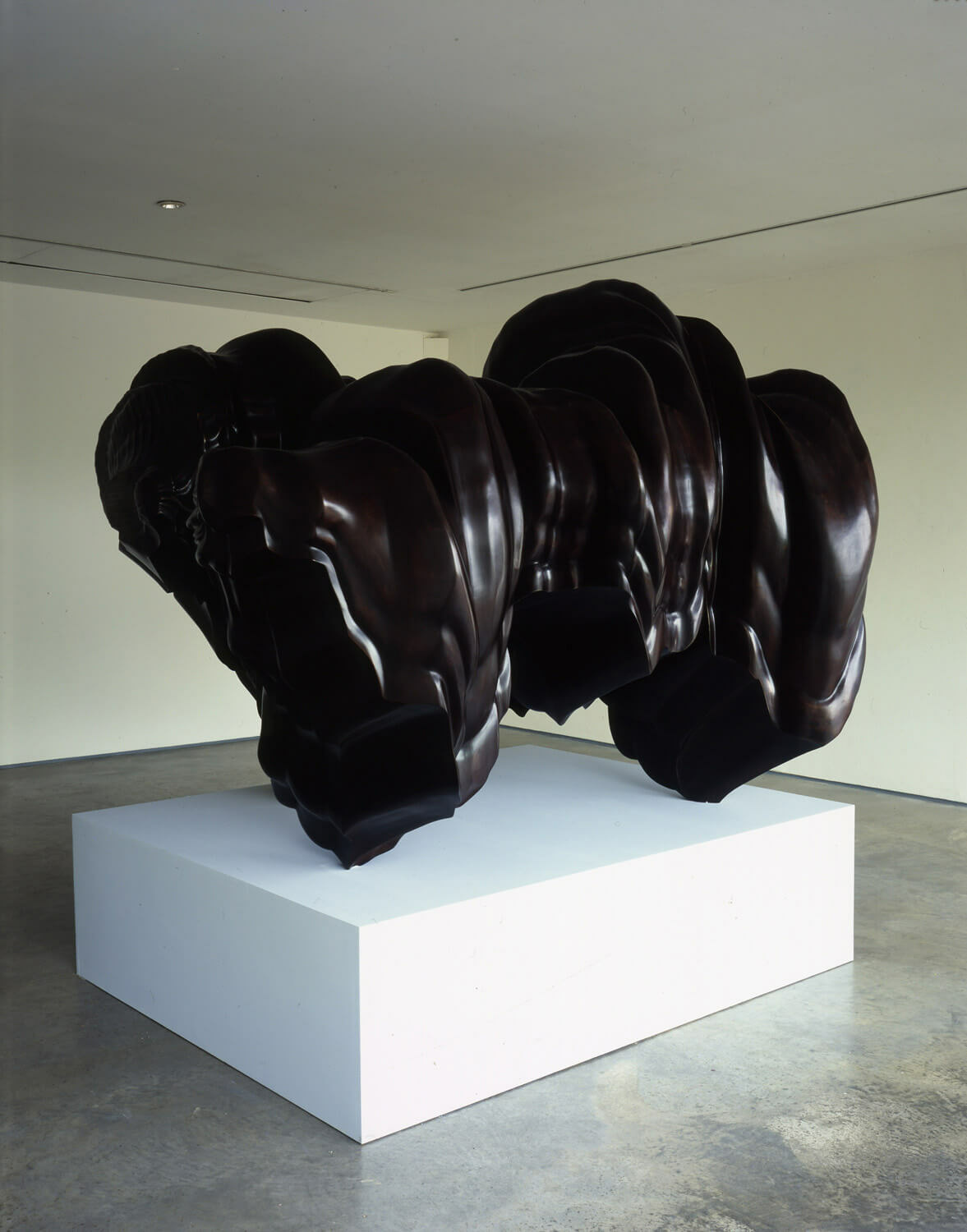 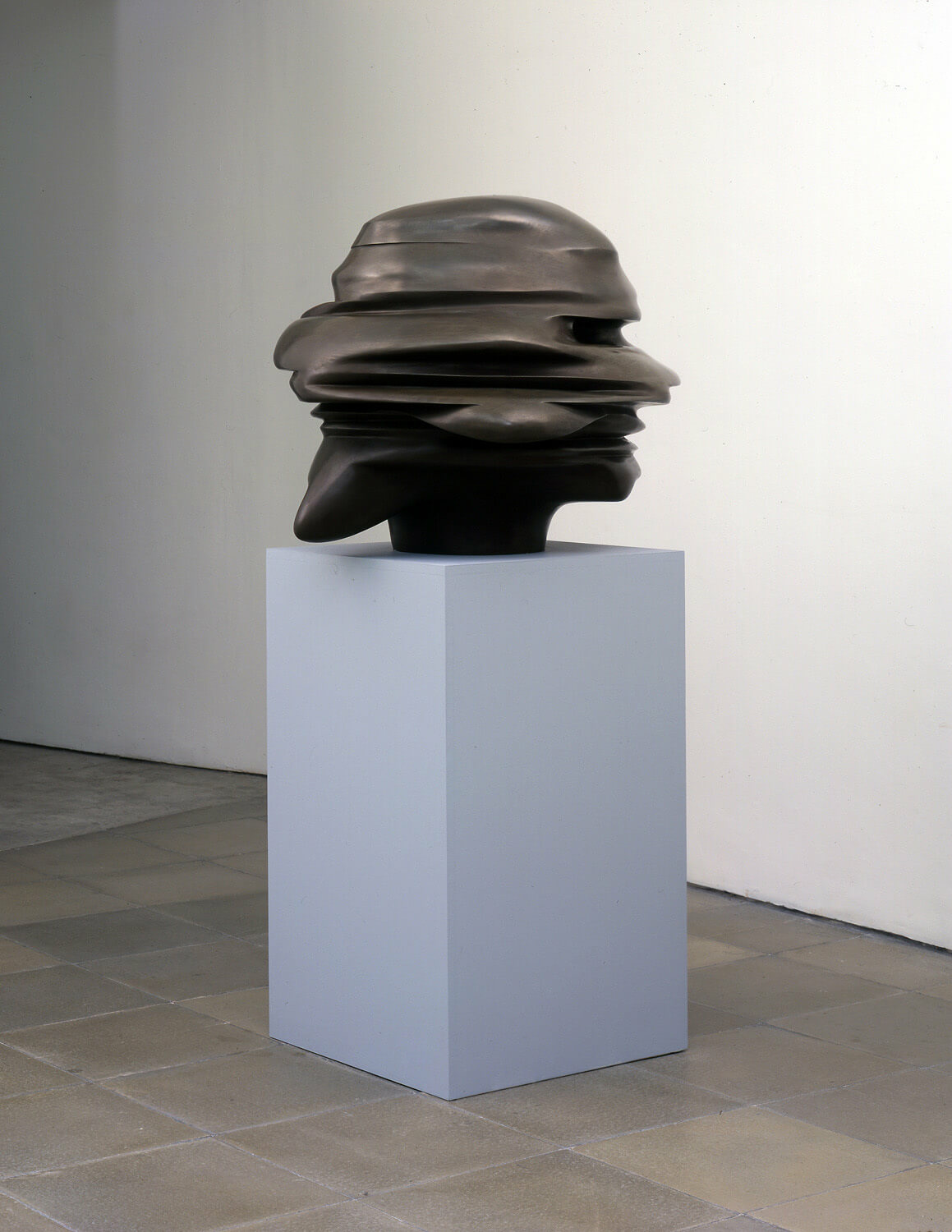 ‘As the poet uses the words on the page and the painter the colour on the palette to extend themselves to search for new forms and meanings, the sculptor uses materials as an extension of himself.’
- Tony Cragg

From the outset of his career, Cragg has made no secret of his interest in the physics of materials and the dialogue between the material, the artist and the world at large. Like an alchemist or particle physicist, he combines process and energy with the elementary constituents of matter to see how they ‘collide’. “The sculptor engages the material with what he knows and comes away knowing more.” Without exception, Cragg’s work reveals a rigorous intellectual process and enquiry, resulting in a ‘grounded’ poetry, at once rational and powerfully ethereal.

Cragg’s seminal early work incorporated a wide range of objects and materials; found industrial and domestic flotsam from which he assembled his work. In the mid 1980s he began to look at the individual objects he had previously used as parts in ‘larger constellations’ and decided to make objects ‘in which the form makes itself apparent as an external skin’.

His work in recent years investigates the relationship between the aesthetic world of geometric and biomorphic form, and the aesthetic world of the organic, where natural materials take on synthetic forms and synthetic materials at times look like natural objects. Other works deal with the notions of metamorphosis, evolution, embryology and the metaphoric journey into imperceptibility. In this exhibition Tony Cragg presents 8 new works cast in bronze and stainless steel, as well as wood works and a stone work made from diabas stone. Cragg’s method of stacking and layering is a simple, almost elementary technique that belies the sophistication of the final outcome; endlessly varied, often vast, always expressive and full of life. By centring his architectural forms around variable axis, he creates both vertical and horizontal works that infer an animated, gyrating, kinetic energy. From static, inert matter, Cragg creates a visual language that “make(s) dumb material express human thoughts and emotions.”