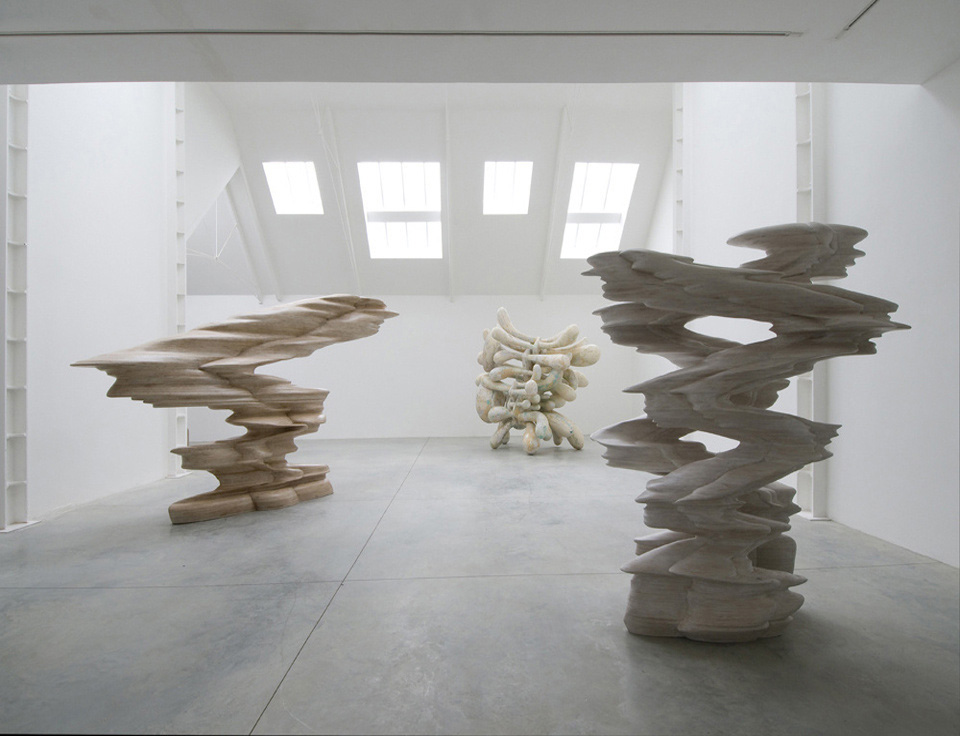 Lisson Gallery is proud to present an exhibition of major new works by Tony Cragg, whose first solo show with the gallery was in 1979. Cragg's position as one of the pre-eminent artists and cultural figures of his generation was acknowledged in his award of the Praemium Imperiale in 2007. In September 2008 he opened Waldfrieden, a major outdoor park and gallery for sculpture in his home town, Wuppertal in Germany. Last year Cragg was appointed Dirdector of the Kunstakademie Dusseldorf, one of Europe's most prestigious art schools. In 2009 he presented a major exhibition of sculpture and drawings in Karlsruhe and Salzburg.

Tony Cragg's abiding interest is in the dynamic potential of matter to assume form. At the Lisson, he will present five large new sculptures, a series of smaller works and a number of related drawings. The selection demonstrates the consistency with which Cragg has pursued his sculptural explorations, particularly since he moved from his early assemblages to casting sculptures in the mid-1980s; it also demonstrates the range and ambition of those explorations. Cragg, an unashamed materialist, is nevertheless a magician of matter, taking an essentially simple image like the human profile or the hollowness of many natural forms and subjecting them to extreme extrapolation. This often takes place around an active axial structure: Cragg has said that in these works 'there is no longer a straight axis, the axis bends and re-orients itself compressing the volumes around it. Obviously, the forms associated with these kinds of variable axis infer an energetic dynamic, the kind of constant material condition found in the whirlings of tornadoes...' (quoted in 'Tony Cragg, Signs of Life,' 2003). In his new exhibition, Tony Cragg works with wood, fibreglass, cast and constructed steel, in each case taking his interest in material beyond the conventional constraints and processes of fabrication or imagination. His drawings add another dimension to the work, often zooming in to microscopic detail or out to macrocosmic form. 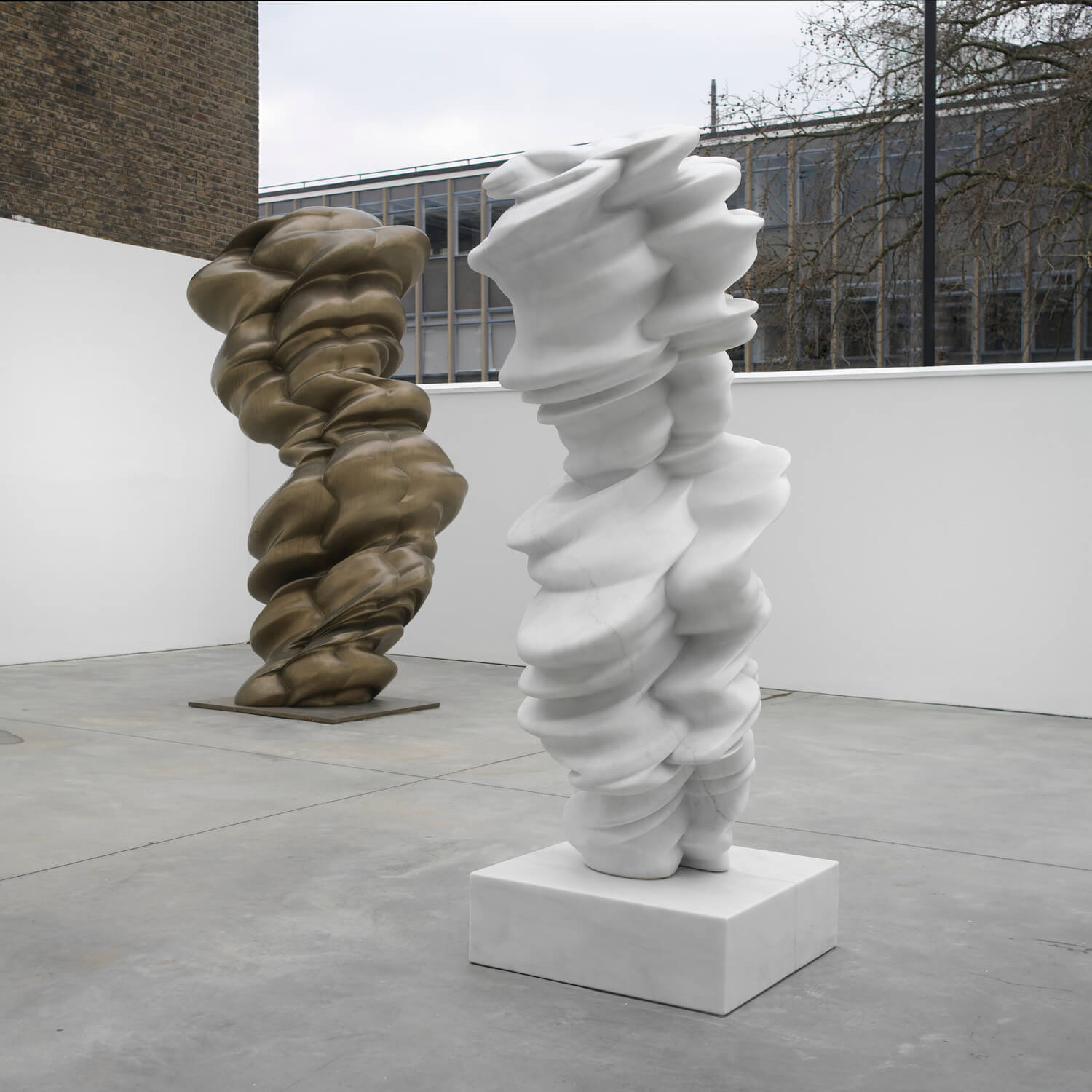 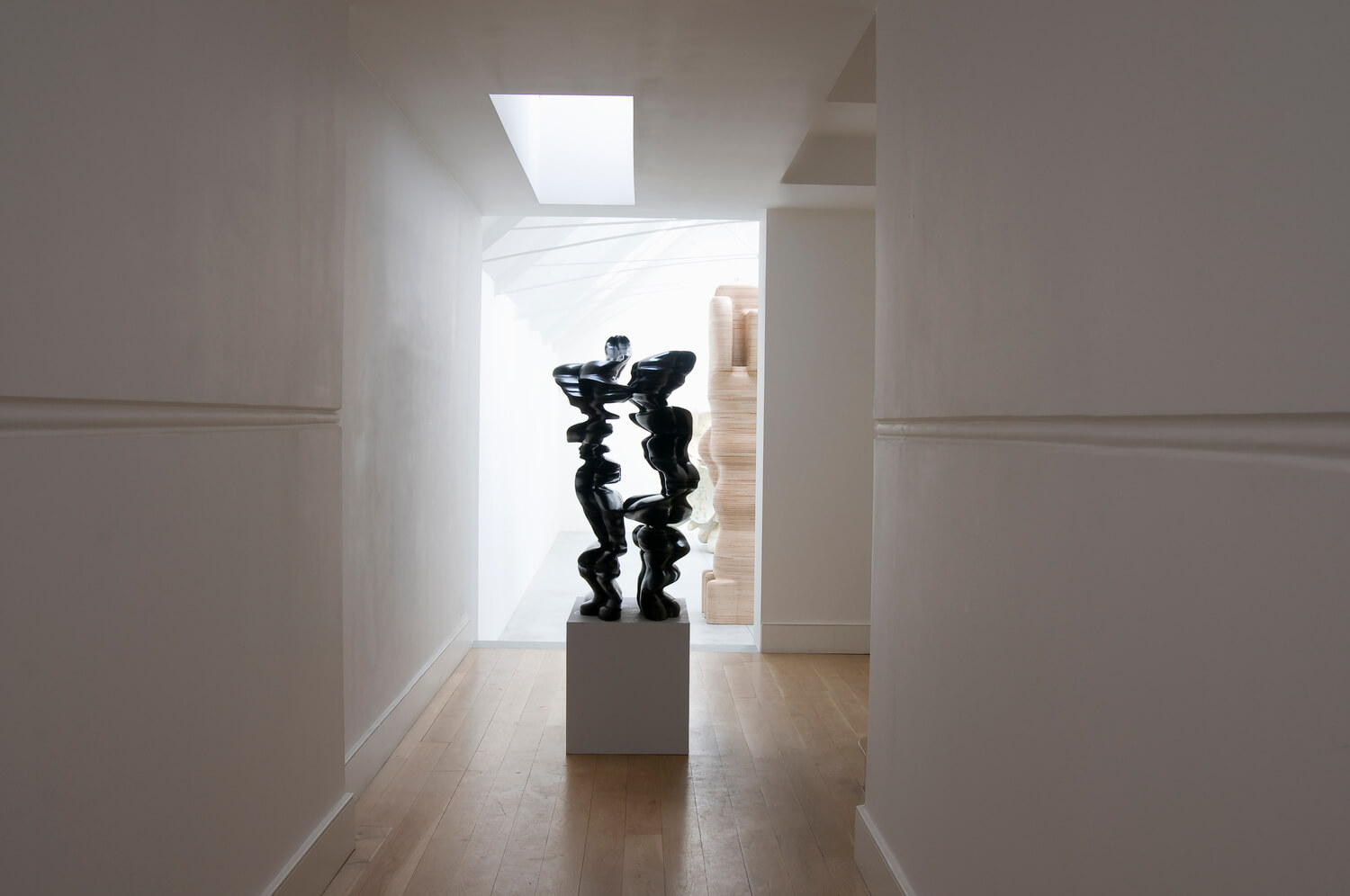 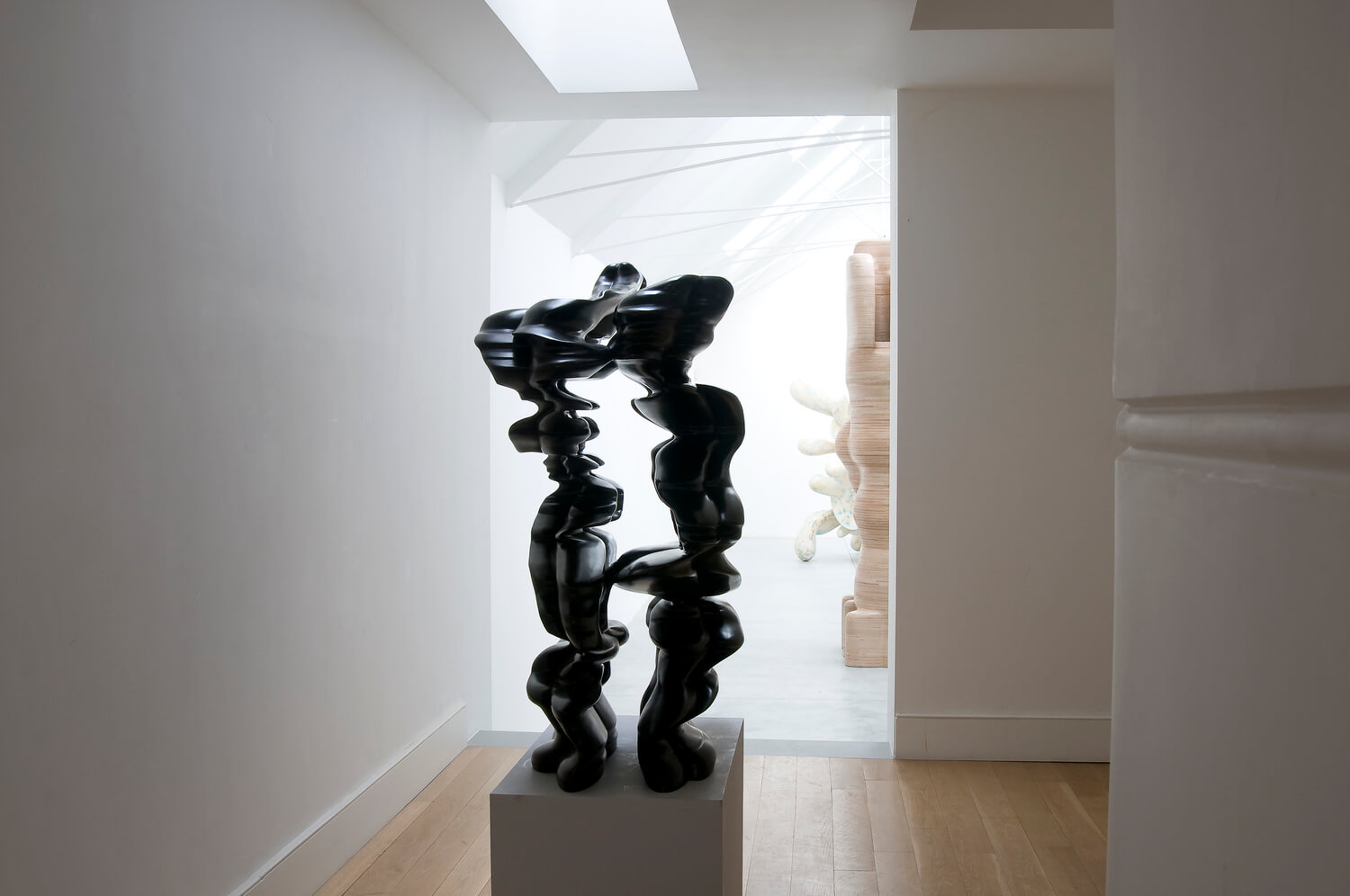 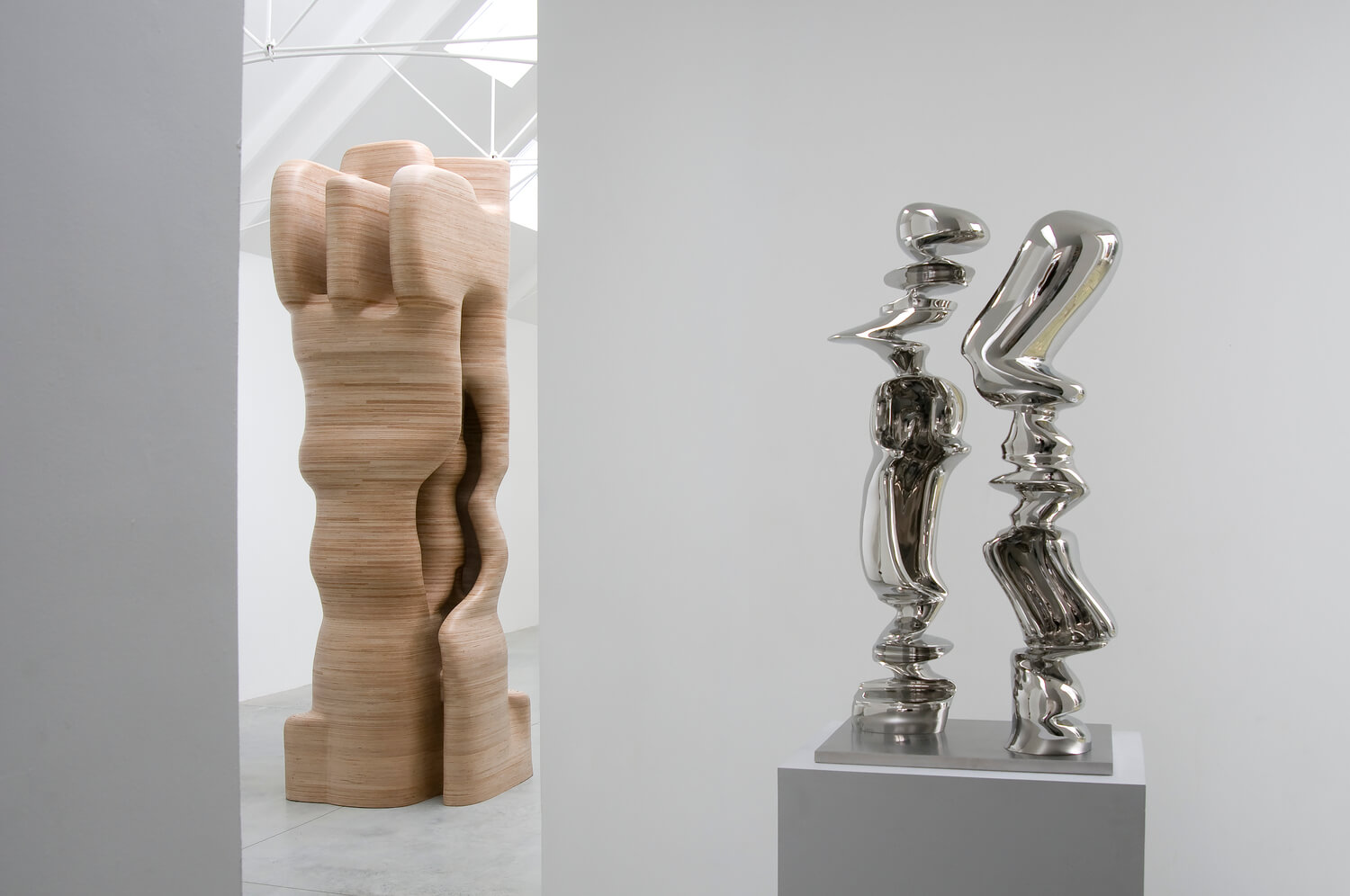 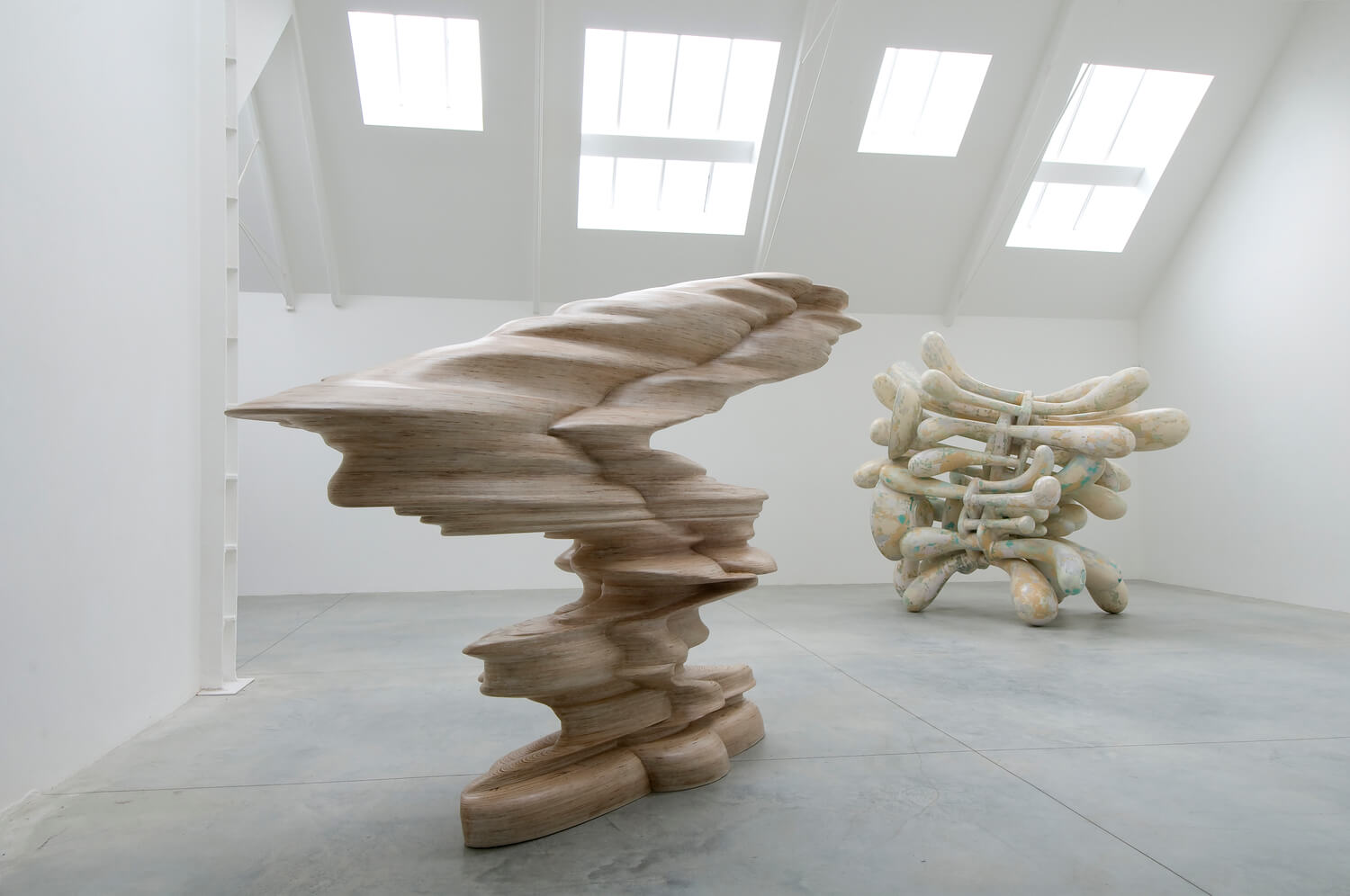 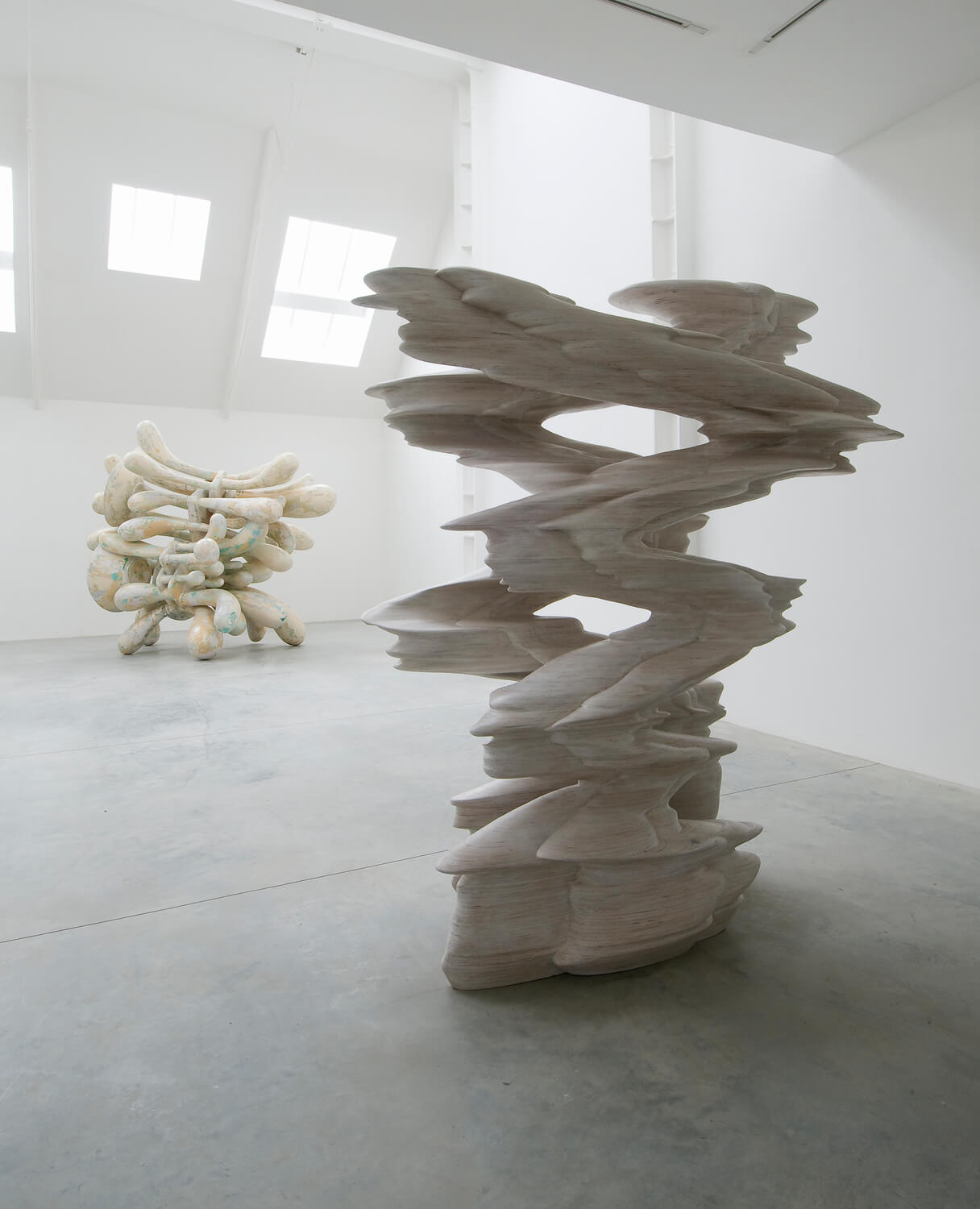 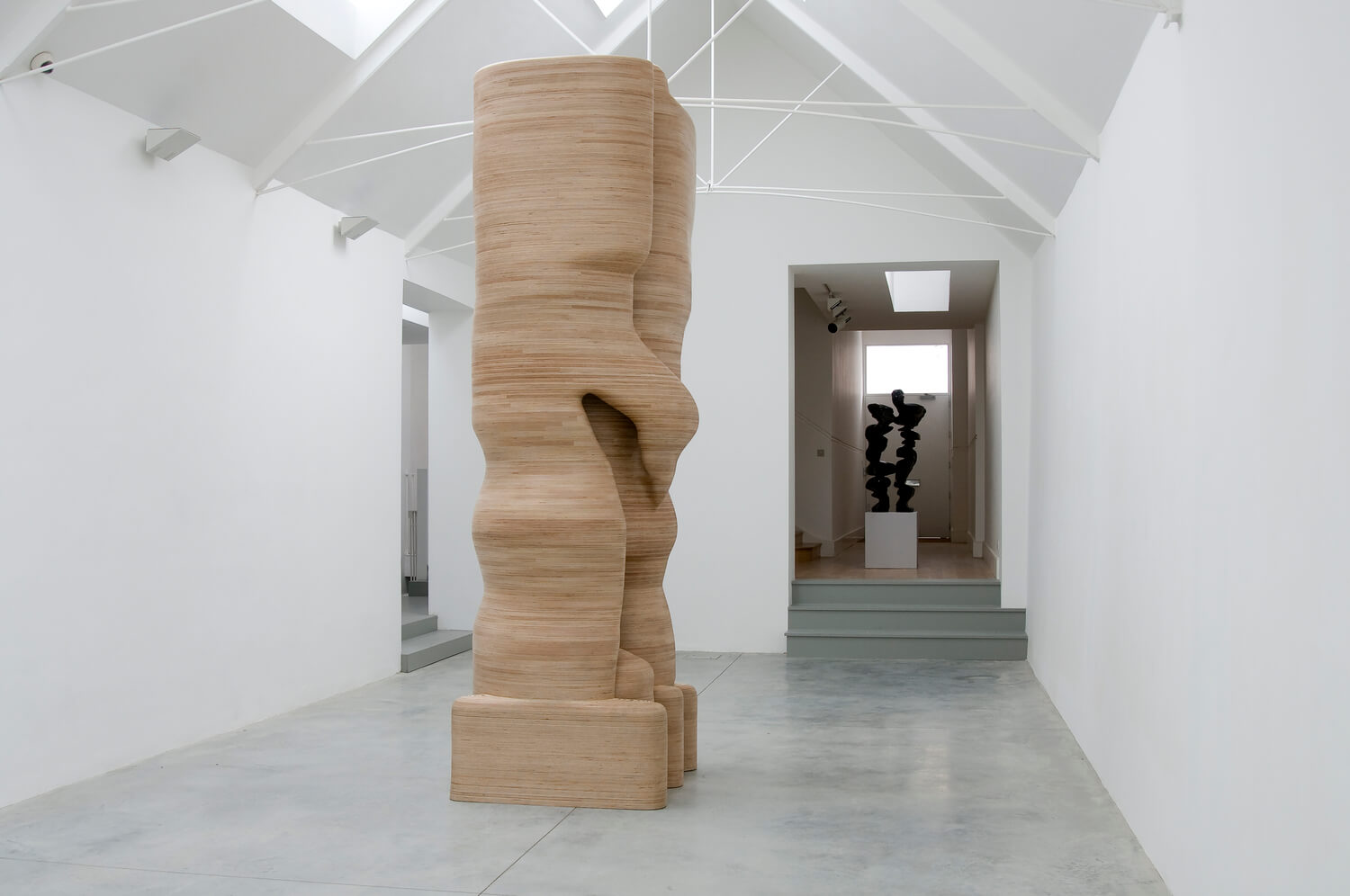 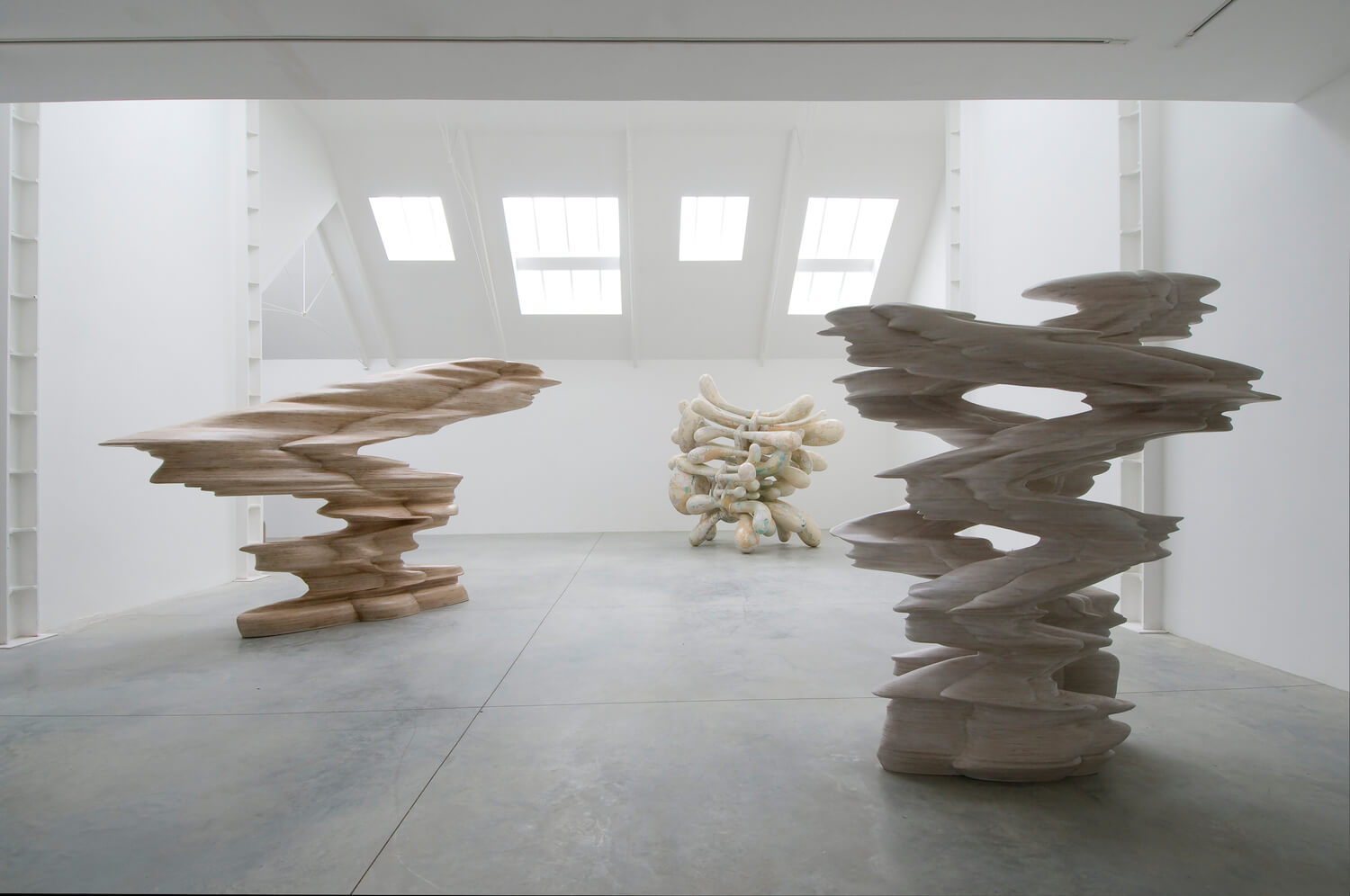 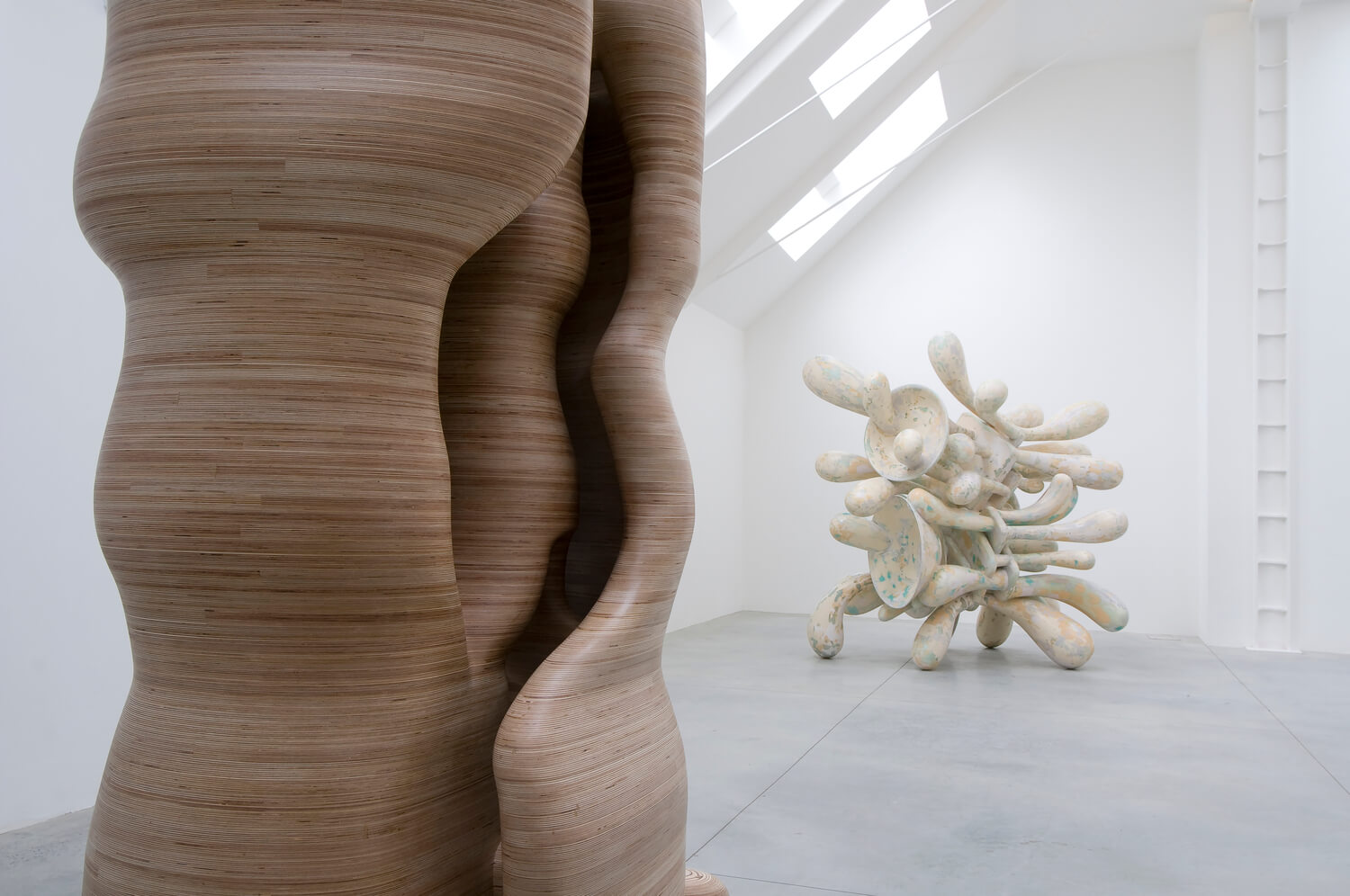 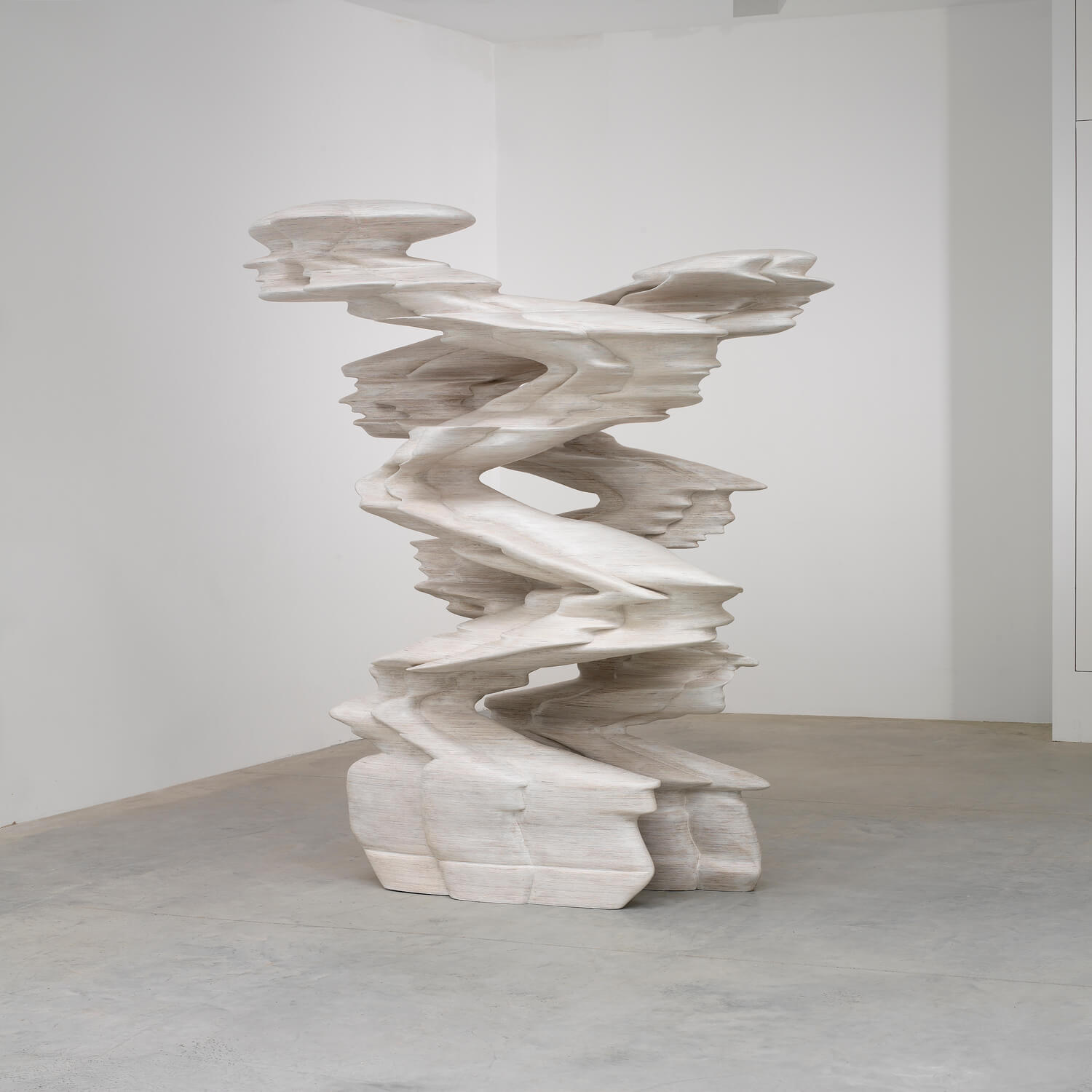 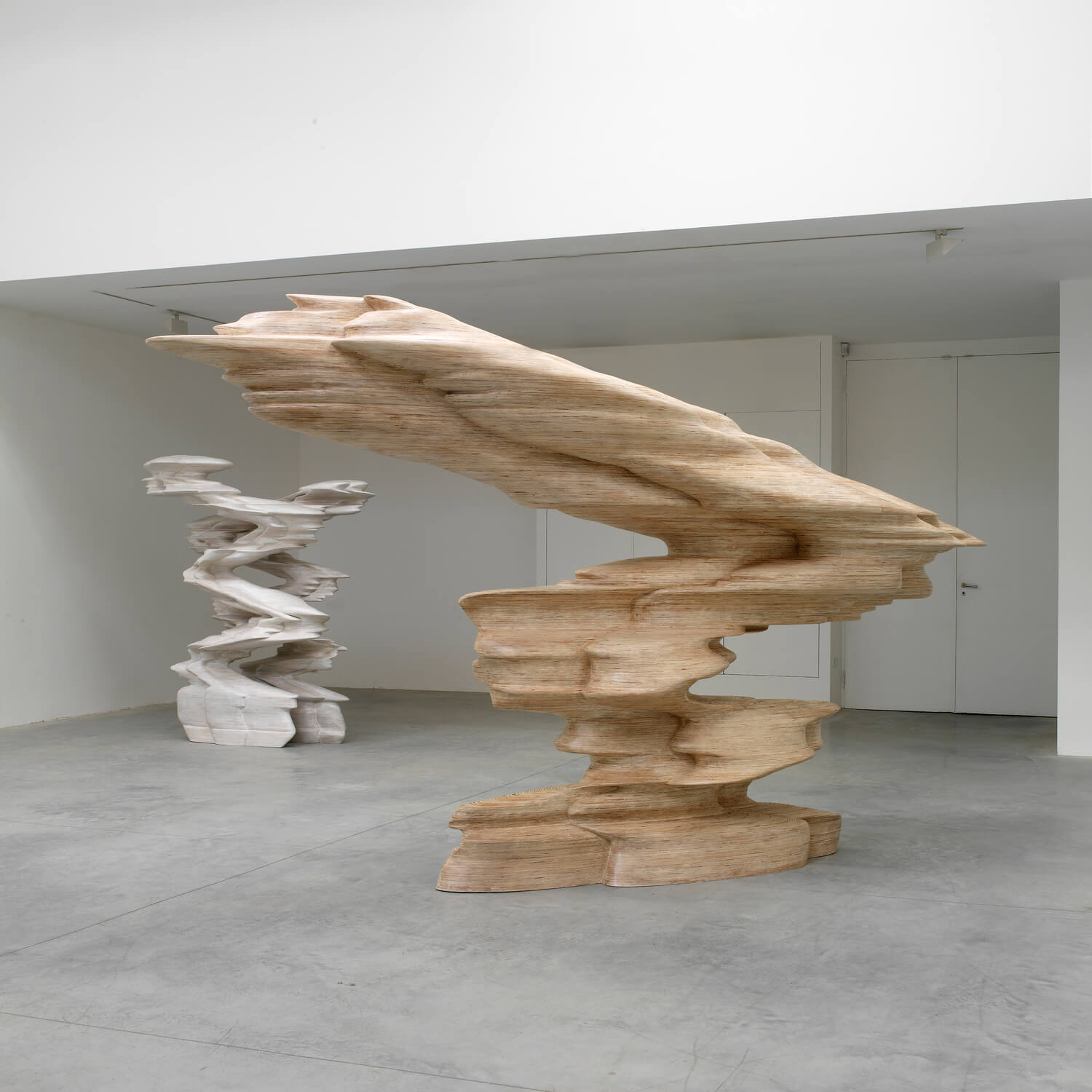