The Magic of the State curated by Silvia Sgualdini, Jens Maier-Rothe and Sarah Rifky 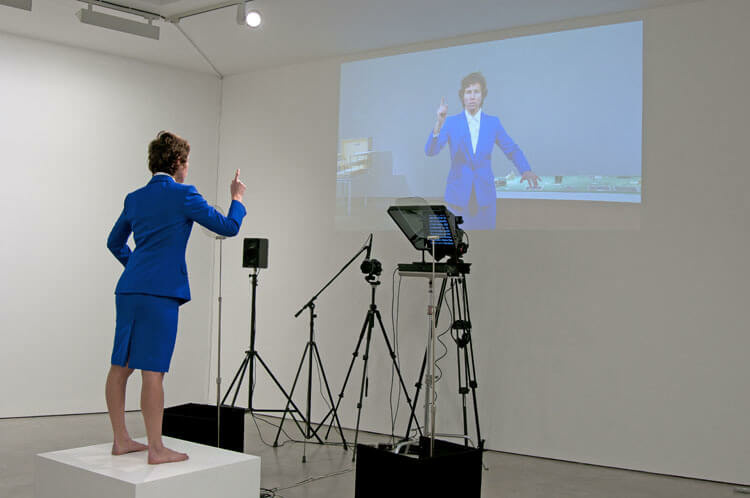 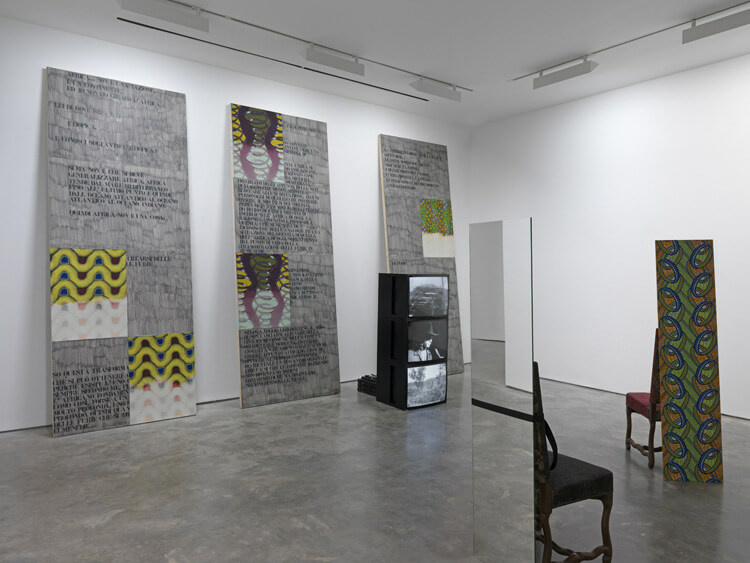 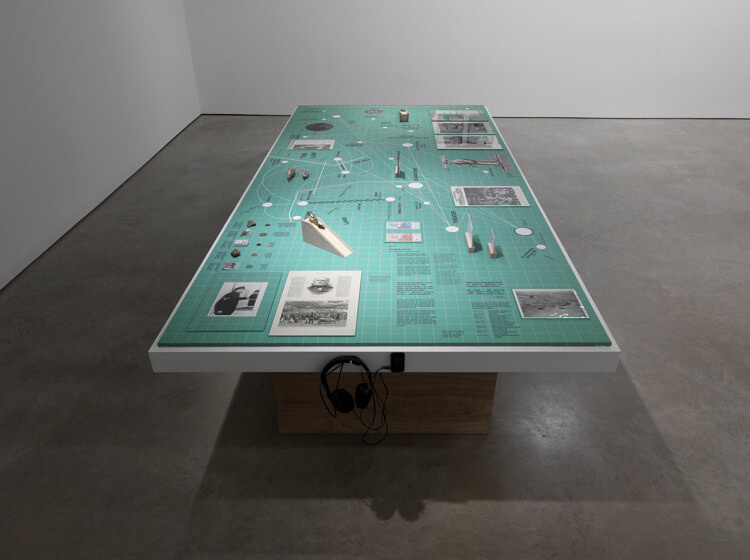 Rana Hamadeh "The Big Board or …’And before it falls, it is only reasonable to enjoy life a little.’" 2013,
Performance and stage set with various objects
Duration approx. 45 mins 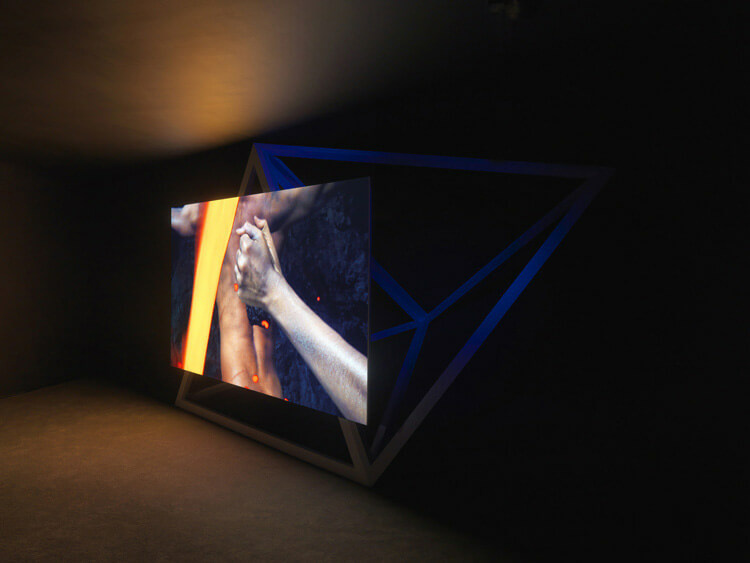 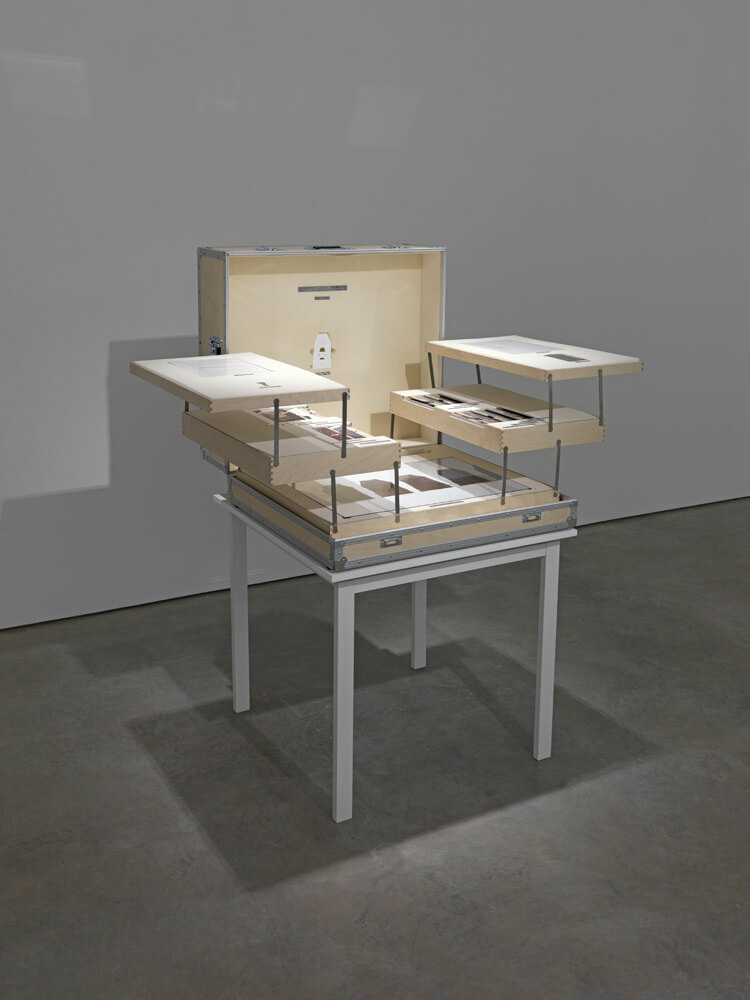 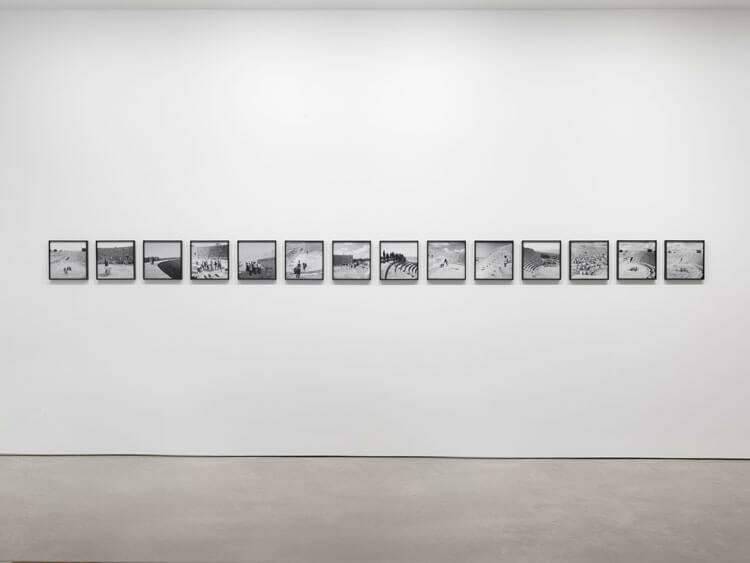 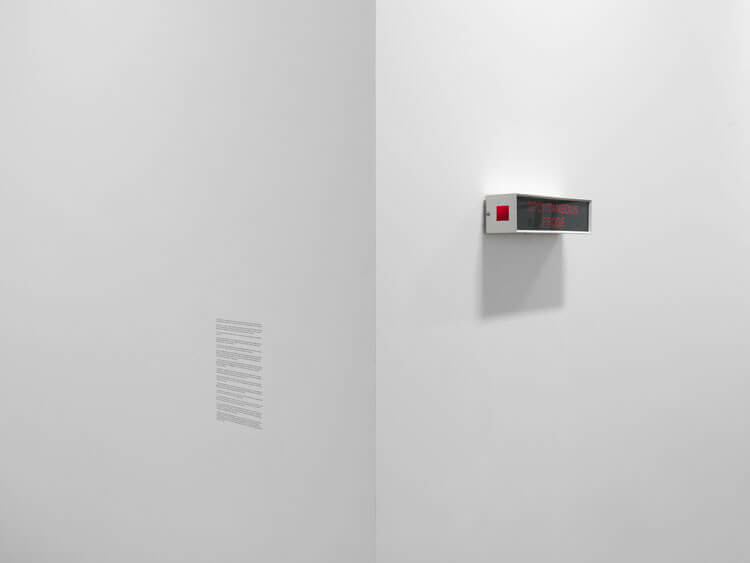 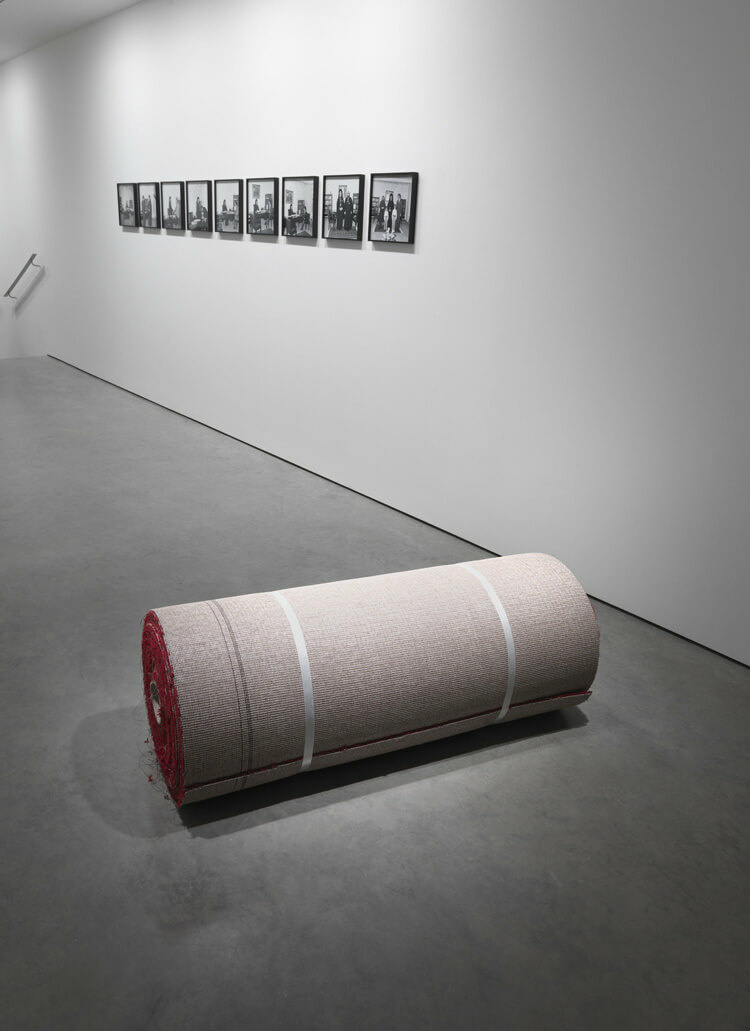 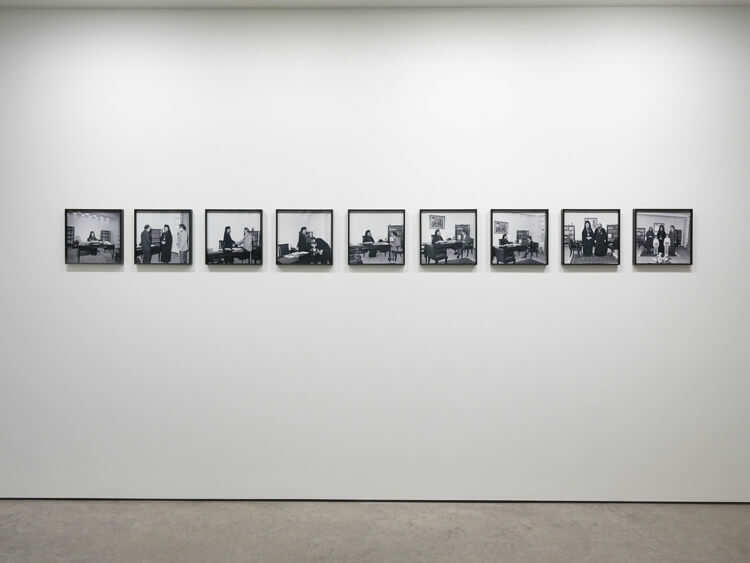 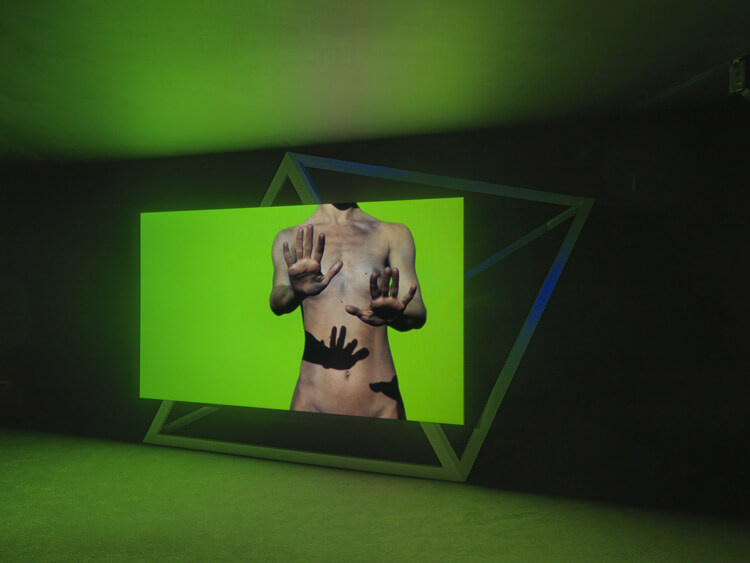 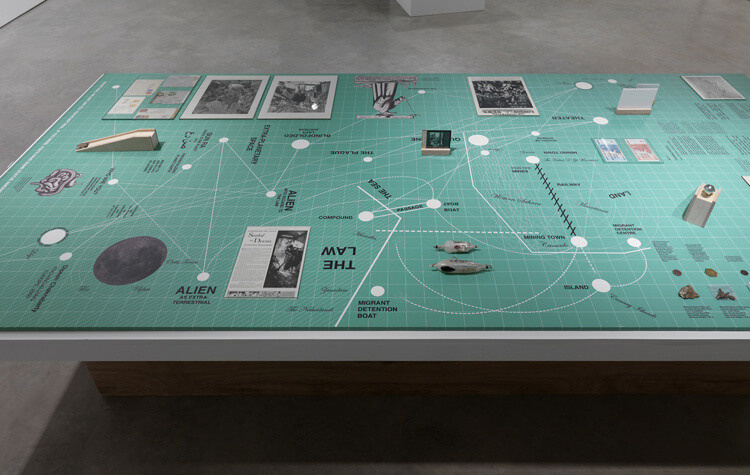 Rana Hamadeh: The Big Board or …’And before it falls, it is only reasonable to enjoy life a little.’ 2013 ,
Performance and stage set with various objects
Duration approx. 45 mins

Lisson Gallery is proud to present The Magic of the State, an exhibition and editorial project, taking place in London and Cairo this Spring. Curated by Silvia Sgualdini of Lisson Gallery, in conjunction with Beirut – a new art initiative and exhibition space in Cairo – the project defines an ambitious platform for artistic exchange between two contrasting art institutions operating in very different contexts. Each exhibition features a different constellation of works by the same artists, including new commissions, and a public program of performances, talks and screenings.

The Magic of the State borrows its title from the eponymous book by anthropologist Michael Taussig. In this text, combining fiction with analysis, Taussig conceives the modern State as configured through a theatre of spirit possession into the living body of society. Historically placed at the intersection of science, religion and politics, the concept of magic exists in an integral relationship to that of power. Magic in its broadest sense is addressed within the context of the project: both secular magic and its connection to propaganda and mysticism with its claim to access supernatural entities and powers. Magic’s coerciveness lies in its power to transform, simultaneously holding together the desire to believe and the desire to doubt. Here, politics and magic, statecraft and stagecraft, converge as performance.

The exhibition in London opens with Stand Behind Me (2013), a new performance by artist Liz Magic Laser. Working with dancer Ariel Freedman, Laser isolates and replicates the trained body language of politicians. In a live-feed video produced at the opening reception the audience becomes the backdrop, simulating a media strategy used to demonstrate public support. The video will remain as an installation paired with a teleprompter that displays the figures and speech fragments referenced.

During the exhibition in London, Rana Hamadeh will enact The Big Board (2013), a new commissioned theatrical work. Inspired by Sun Ra’s 1974 film Space is the Place, Oskar Schlemmer’s 1926 Diagram for Gesture Dance and Paulus Fürst’s 1656 engraving of Doctor Schnabel of Rome, the work evokes a set of provocative associations, playing out an intensive scrutiny of the shared lexicons of criminology, epidemiology and theatre. The work follows Al Karantina (2013), a lecture- performance and installation presented for the first time at Beirut in Cairo. Al Karantina explores the relationship between resistance and contagion by considering the plague in ancient Athens as an allegory for the current Arab uprisings.

The composed narrative of Lili Reynaud-Dewar’s installation Cleda's Chairs' (2010) deals with ideas of magic, ritual and death as an element of domesticity, but also with modernity, otherness and circulation. The Louis XIII chairs were inherited from the artist’s grandmother Cleda, when Cleda moved from her large country home into a small Parisian apartment, where the chairs were unable to fit. The artist draws a connection with Pasolini’s film Notes for an African Oresteia, a project for a film based on Aeschylus’s tragedy, that deals with the idea of passing from traditional to urban and modern structures in 1970s Africa.

Ryan Gander alchemically connects the exhibition spaces in Cairo and London via two Alchemy Boxes - sculptures made of common objects in which mysterious contents are sealed. In London, an illuminating sign – usually found outside operating theatres – intermittently displays the text 'SPONTANEOUS PROSE'. Ogenblik - (Alchemy Box # 101), (2013) contains objects from the collection of the artist on the subject of ‘the instigation of an art school’.

For Money will be like dross: A replica instruction for the August Nordenskiöld alchemy furnace, (2012), Goldin+Senneby offer instructions and a licence to replicate an alchemical furnace first developed by Swedish mineralogist August Nordenskiöld, who in 1780 was secretly employed by the King of Sweden to pursue alchemical research. However Nordenskiöld himself was a utopian idealist whose ultimate goal was to make gold worthless and thereby abolish the “tyranny of money”. For Nordenskiöld, an economy based on money created a disparity between labour and capital, a disparity comparable to the relationship between reality and illusion.

Anja Kirschner and David Panos' video installation Ultimate Substance, (2012) examines the current Greek economic crisis by revisiting ancient myths and looking at how the introduction of coinage affected the emergence of abstract mathematical and philosophical knowledge.

Christodoulos Panayiotou presents a series of photographs selected from the Press and Information Office in Nicosia. The works excavate the rituals and ceremonies that underline the construction of a national narrative and the constitution of Cyprus as a modern nation state following independence from Britain. Operation Serenade (2010) is part of a series of rolled carpets sourced from major Hollywood award ceremonies. The title alludes to the official codename for the 2004 funeral of American President Ronald Reagan who, before becoming a politician, was a celebrated actor in Hollywood. The artist’s presentation of carpets rolled up and not unfurled withholds our access to the aura of celebrity that they imply.

At a time of uncharted and complex political transition in Egypt, the selected and newly commissioned works question the legacy of outmoded systems of beliefs and mythological principles within the modern state, pointing to the slippage between the prescriptive intent and the idiosyncratic manifestations of stately power. They chart the potential of alternative aggregations, and explore the possibility of resistance by thinking laterally and looking at unorthodox places.

A compendium on art, magic and politics, featuring essays, fiction and true stories in both English and Arabic, will follow the exhibition, with contributions by Jonathan Allen, Will Bradley, Michael Taussig, a telephone conversation between Peter Lamborn Wilson and Evan Calder Williams, and others.