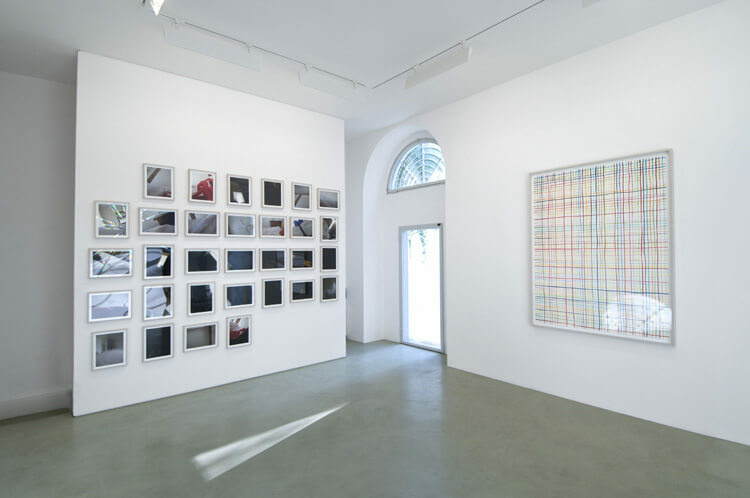 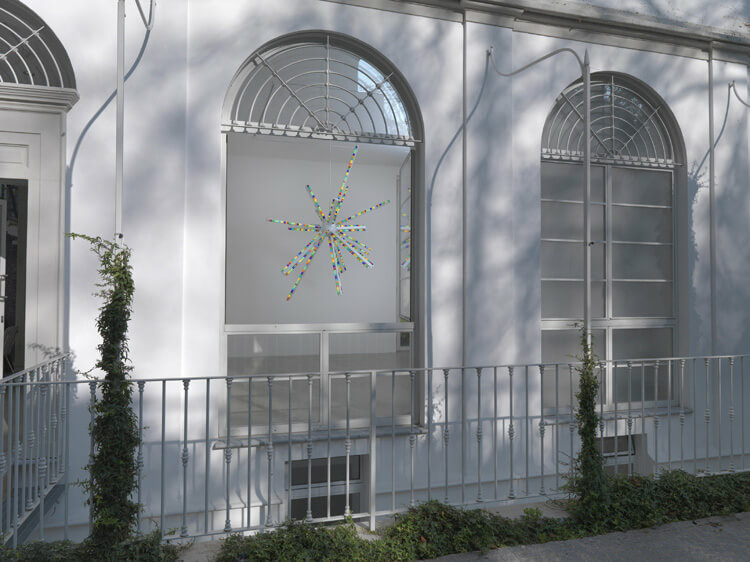 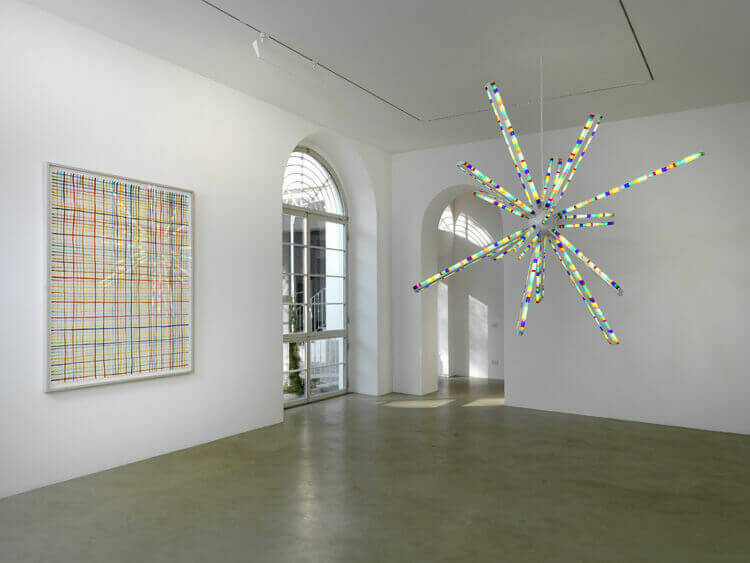 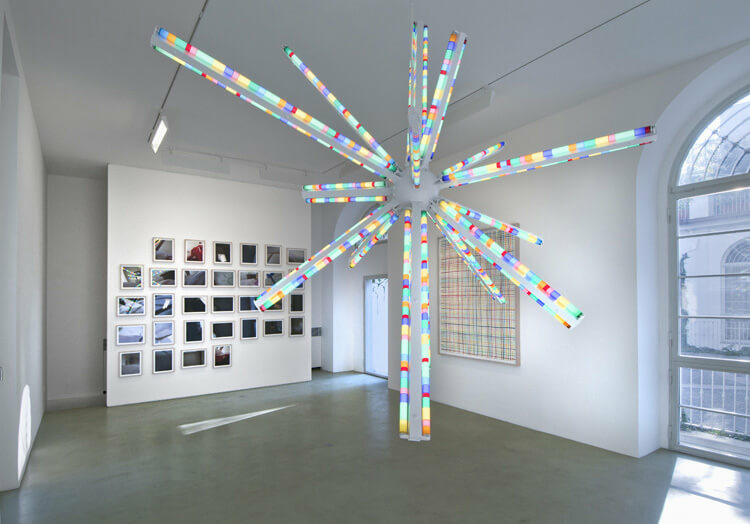 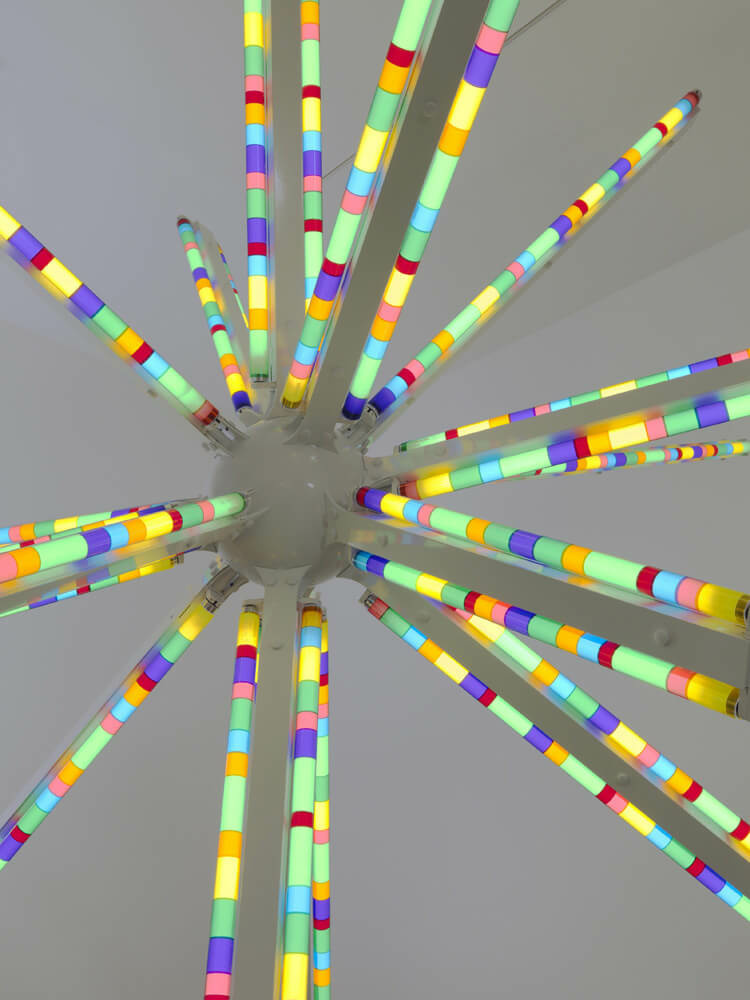 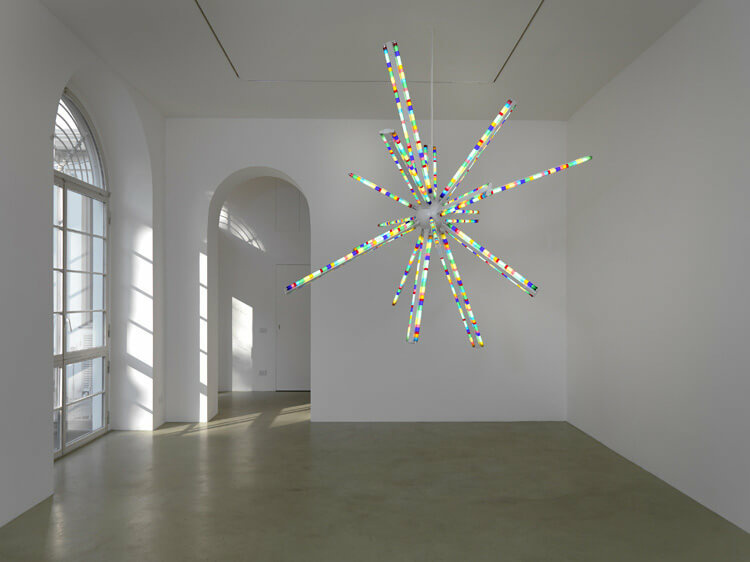 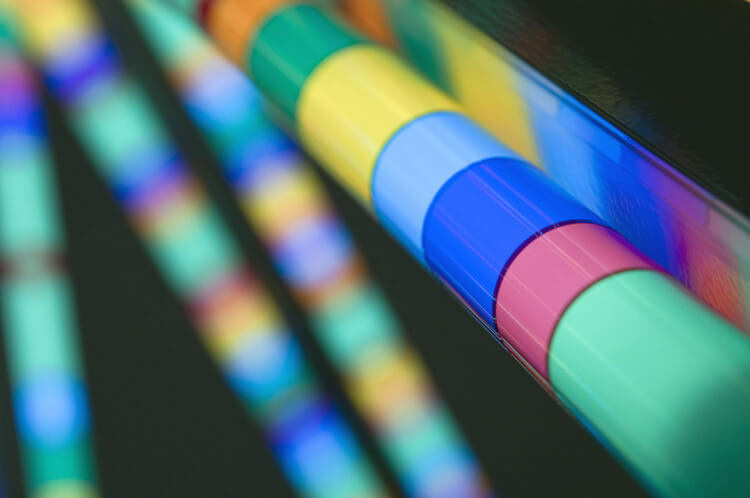 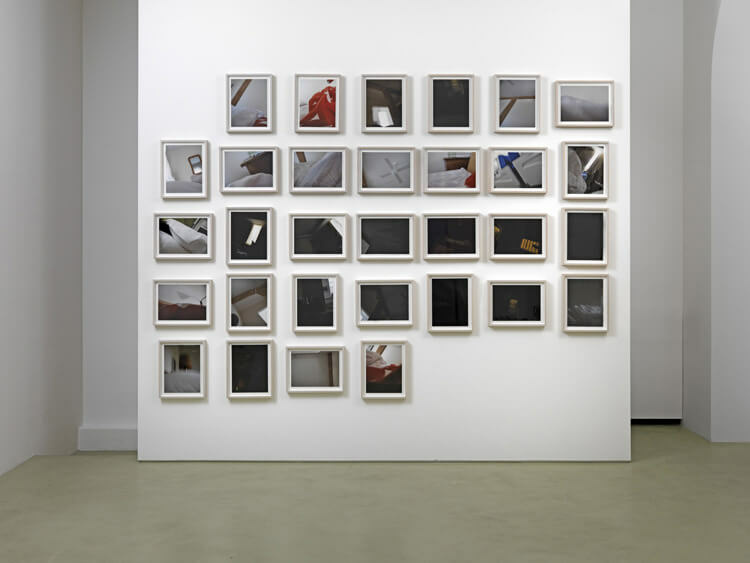 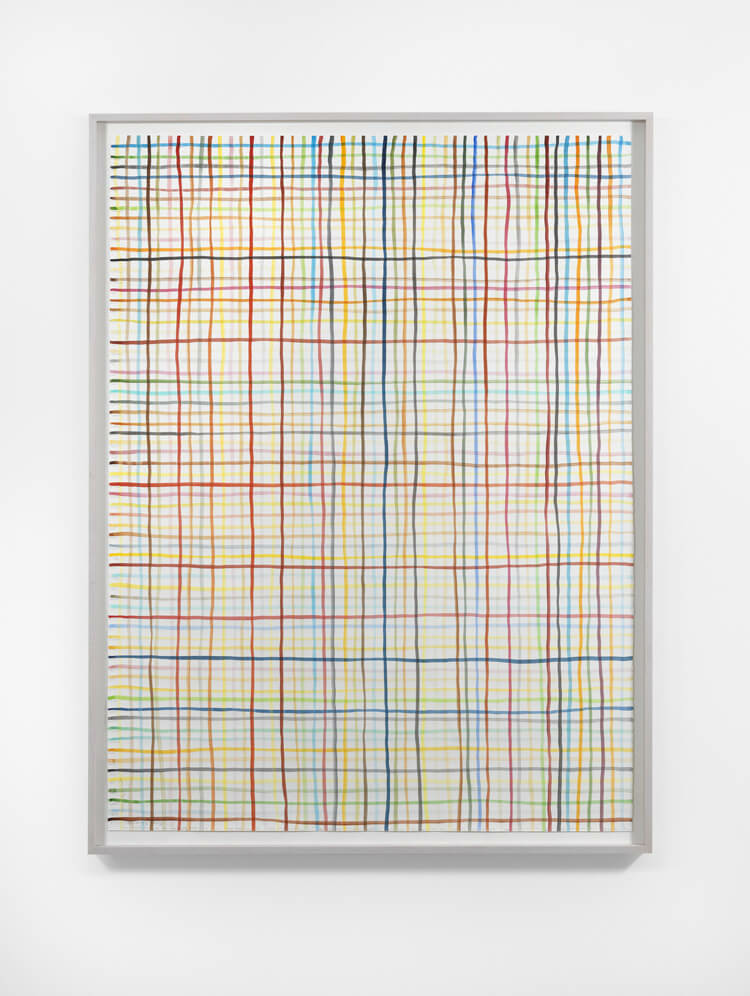 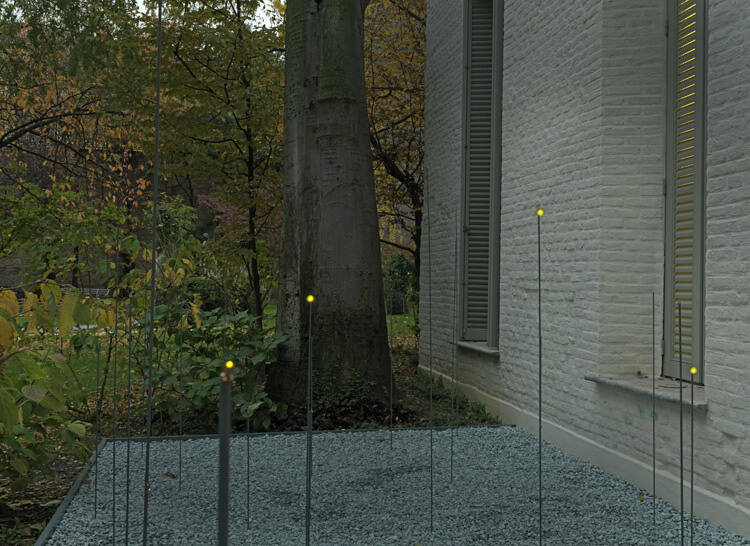 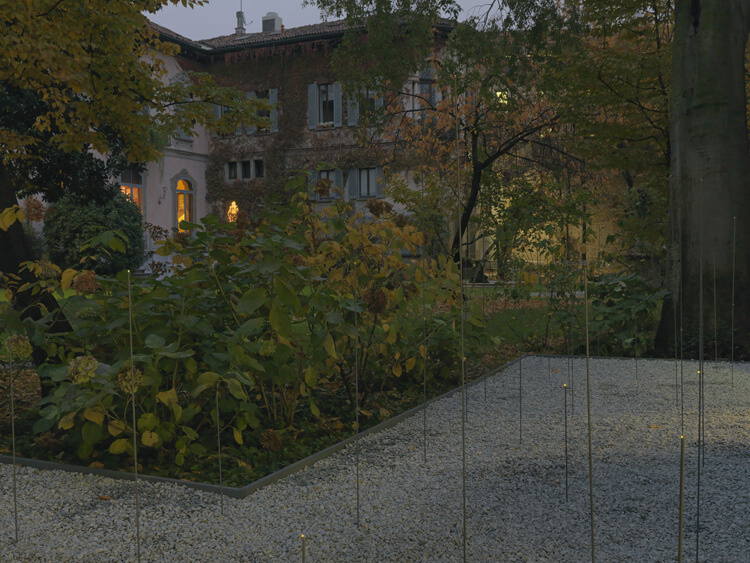 Spencer Finch will present a series of new works including a site-specific LED installation, a suite of photographs and a large watercolour that explore memory, colour and the relationship between the conscious and the unconscious.  At the core of Finch’s practice is his on-going investigation into the nature of light, colour, memory and perception.  He uses scientific method to poetic effect, examining the mechanics and mystery of perception.

A Midsummer Night’s Dream is a large, outdoor installation that comprises a forest of barely perceptible vertical brass rods of varying heights, each with a tiny LED at its tip.  Like fireflies against the night sky, the LEDs light up intermittently and in different configurations, choreographed to ‘perform’ a scene from Shakespeare’s play.  The spectator is invited to track these blinking LEDs in their jerky, unpredictable trajectory.  Finch is fascinated by the process of taking a beautiful, natural phenomenon and re-contextualising it in the cultural space of the gallery: a transformation that provokes a meditative observation that in turn inspires wonder.  It is an arguably crude, theatrical animation that, in this suspension of disbelief, becomes a serene and mesmerizing experience.

Inspired by Emily Dickinson’s poem, The Angle of a Landscape, Finch has created a series of 31 photographs documenting his first perspective on waking each day, throughout the month of October.  Whether this be on an aeroplane, in a hotel room or at home, before sunrise or later in the day, he endeavours to capture the moment between sleep and wakefulness, the space between consciousness and unconsciousness - a perceptual landscape of experience.  The resultant images initially appear abstract but on closer inspection are revealed as, for example, the corner of his bedding, a pillow or a chest of drawers.  Installed in a single, multi-panel grid, the images function like the pages of a visual diary.

Between 2000 and 2002, in the hope of creating a work about colour that could circumvent his perceptual apparatus, Finch kept a diary in which he recorded the colours from his dreams.  It is to this diary that Finch returns for his new, large watercolour.  Fascinated by the concept of mapping dreams and of attempting to capture the memory of colour, Finch has made a grid comprising 49 vertical and 69 horizontal coloured lines at one-inch intervals.  Each horizontal line is taken from this dream-colour diary and each vertical line relates to a colour remembered from early childhood: the colour of the house steps; his toy phone; a couch his parents owned; their first car and the teacups they used.  On the one hand, a memory of an actual colour and, on the other, a memory of an imagined, dreamed colour.