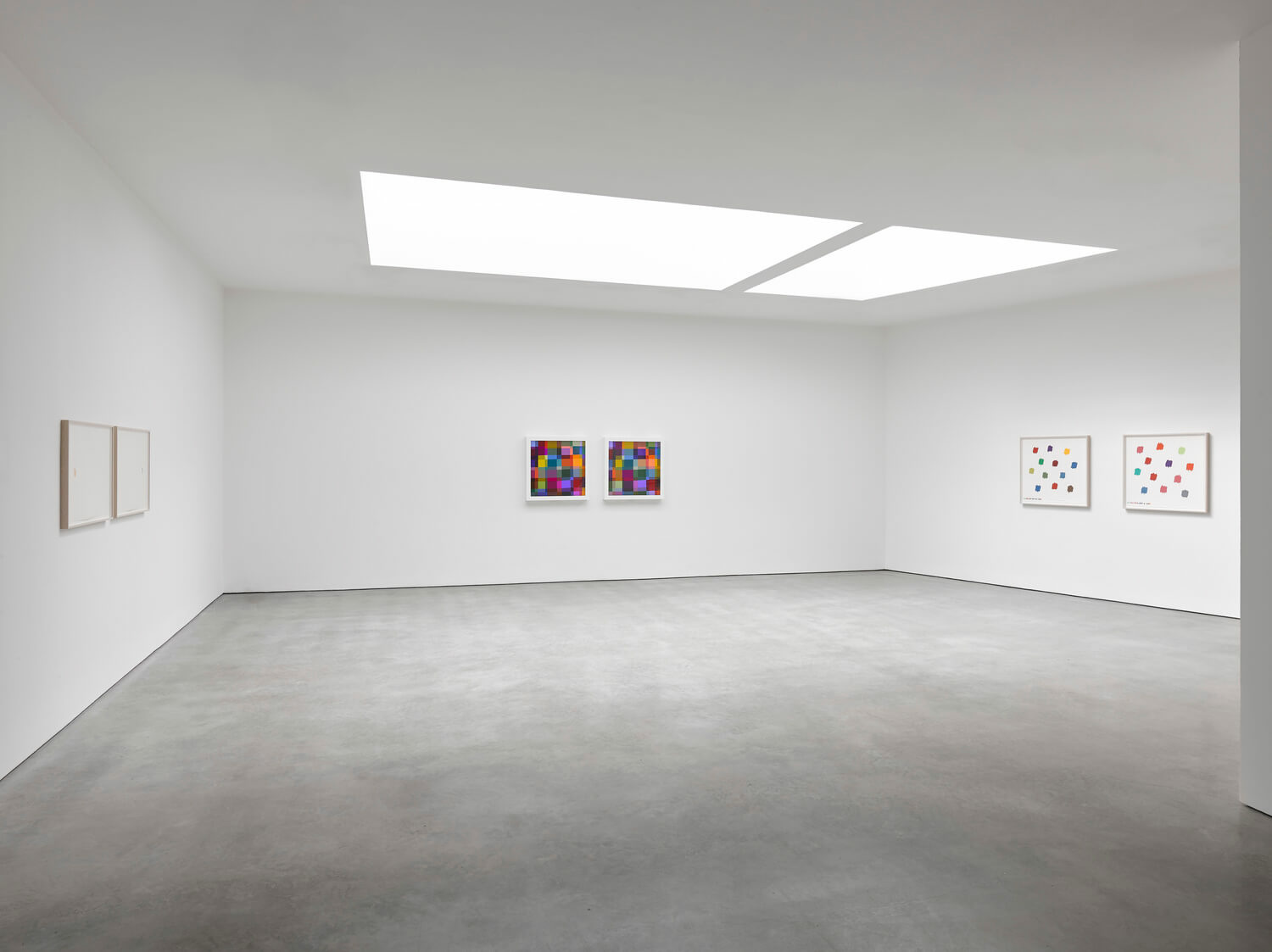 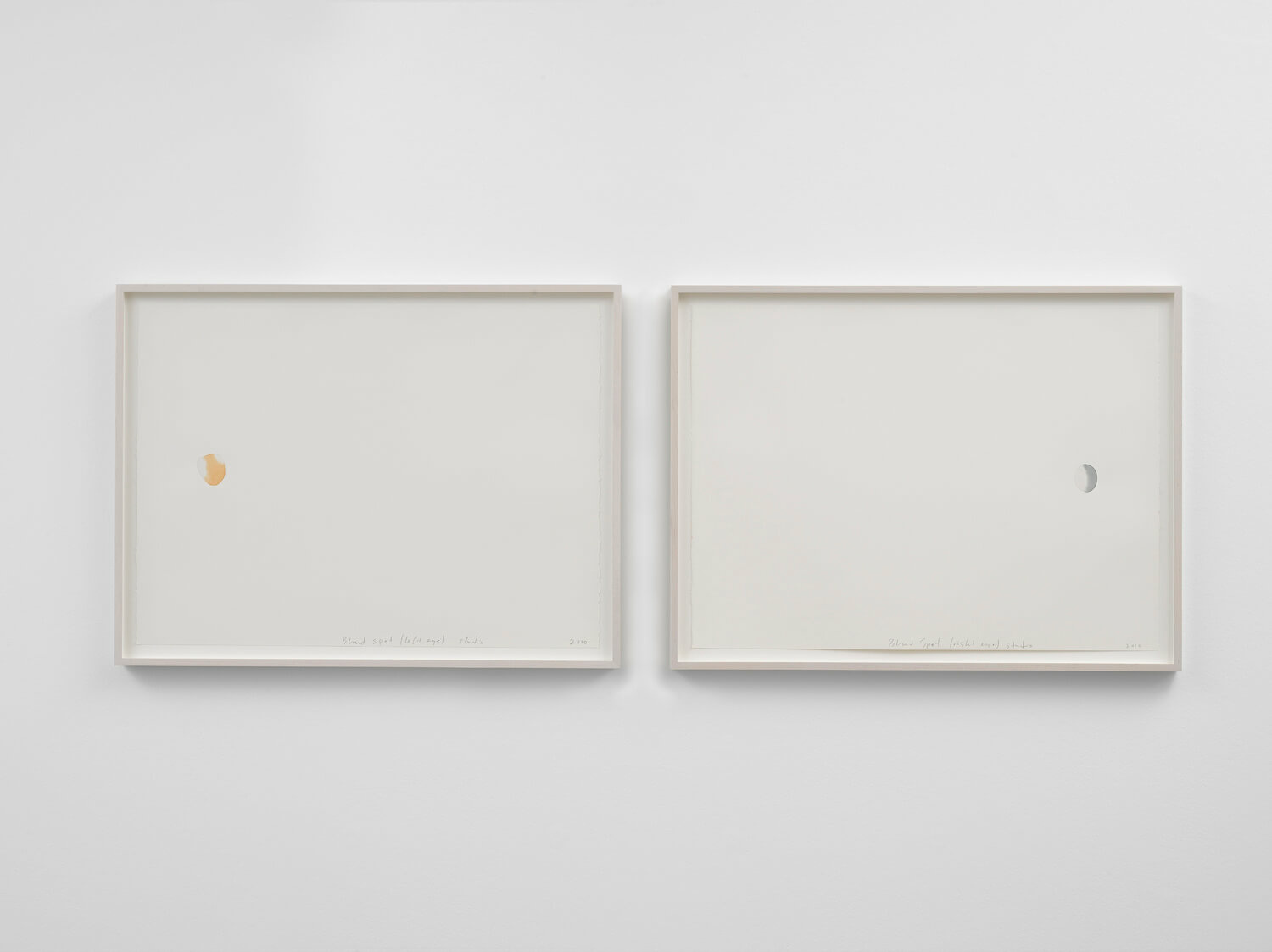 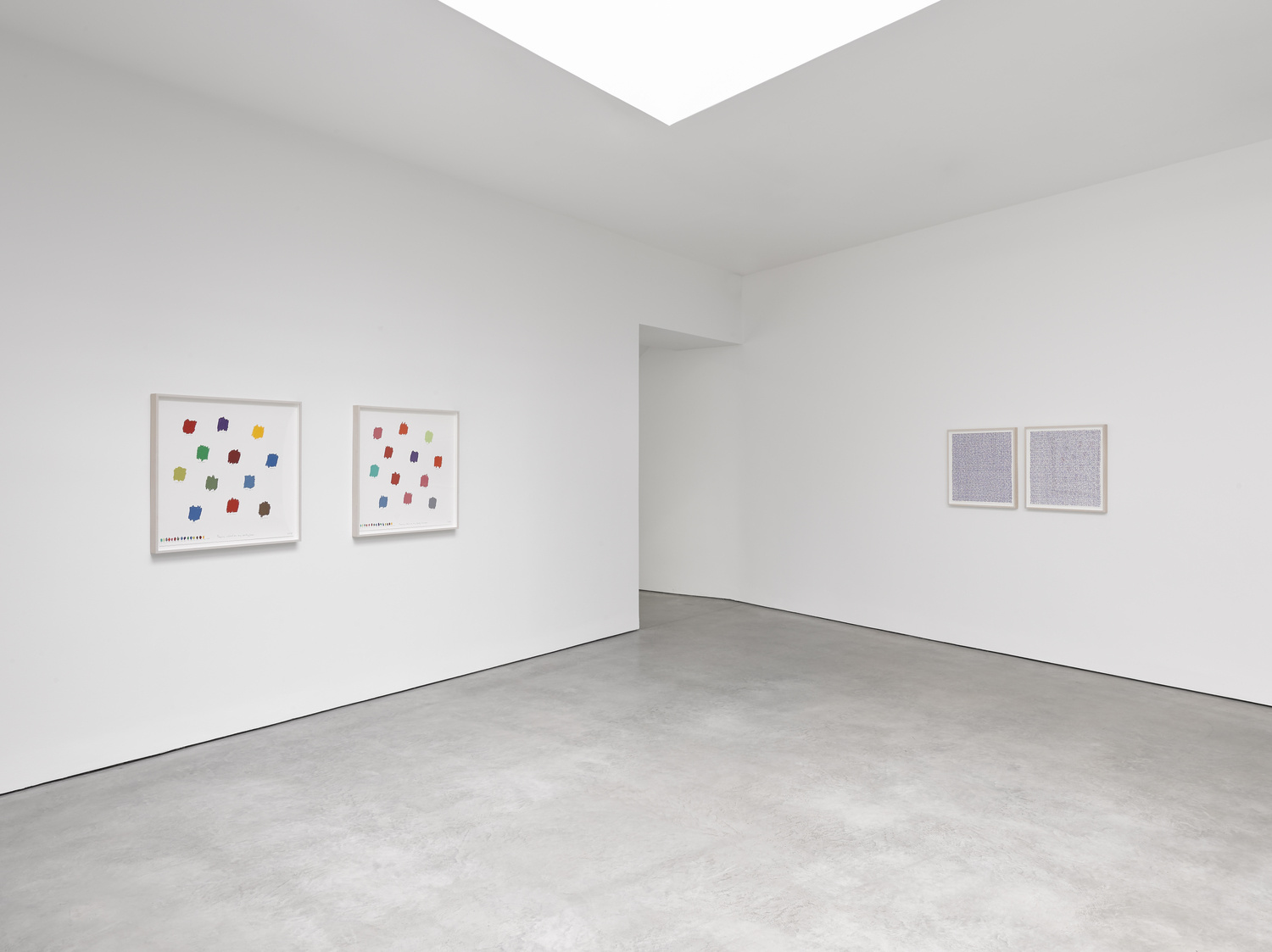 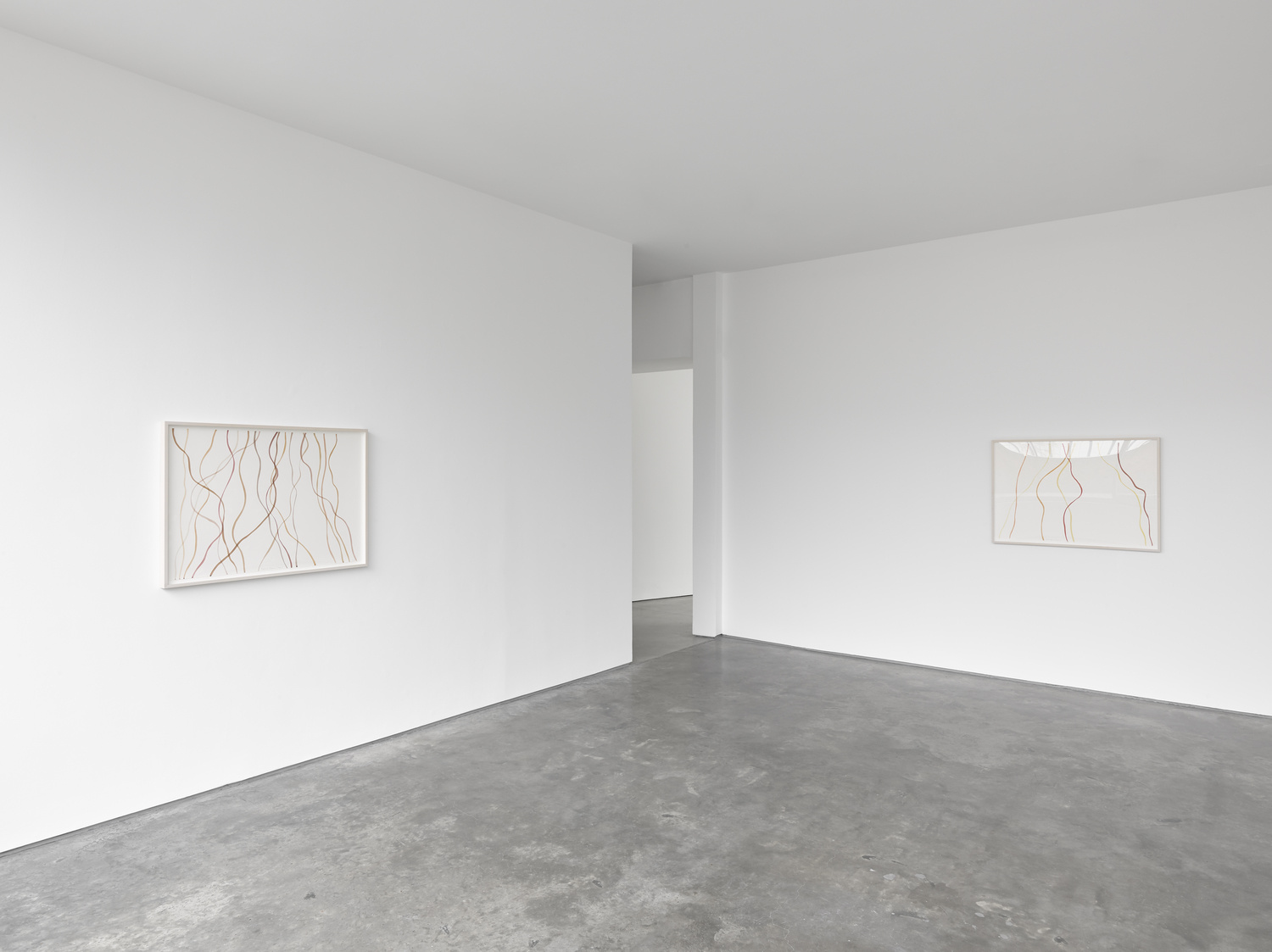 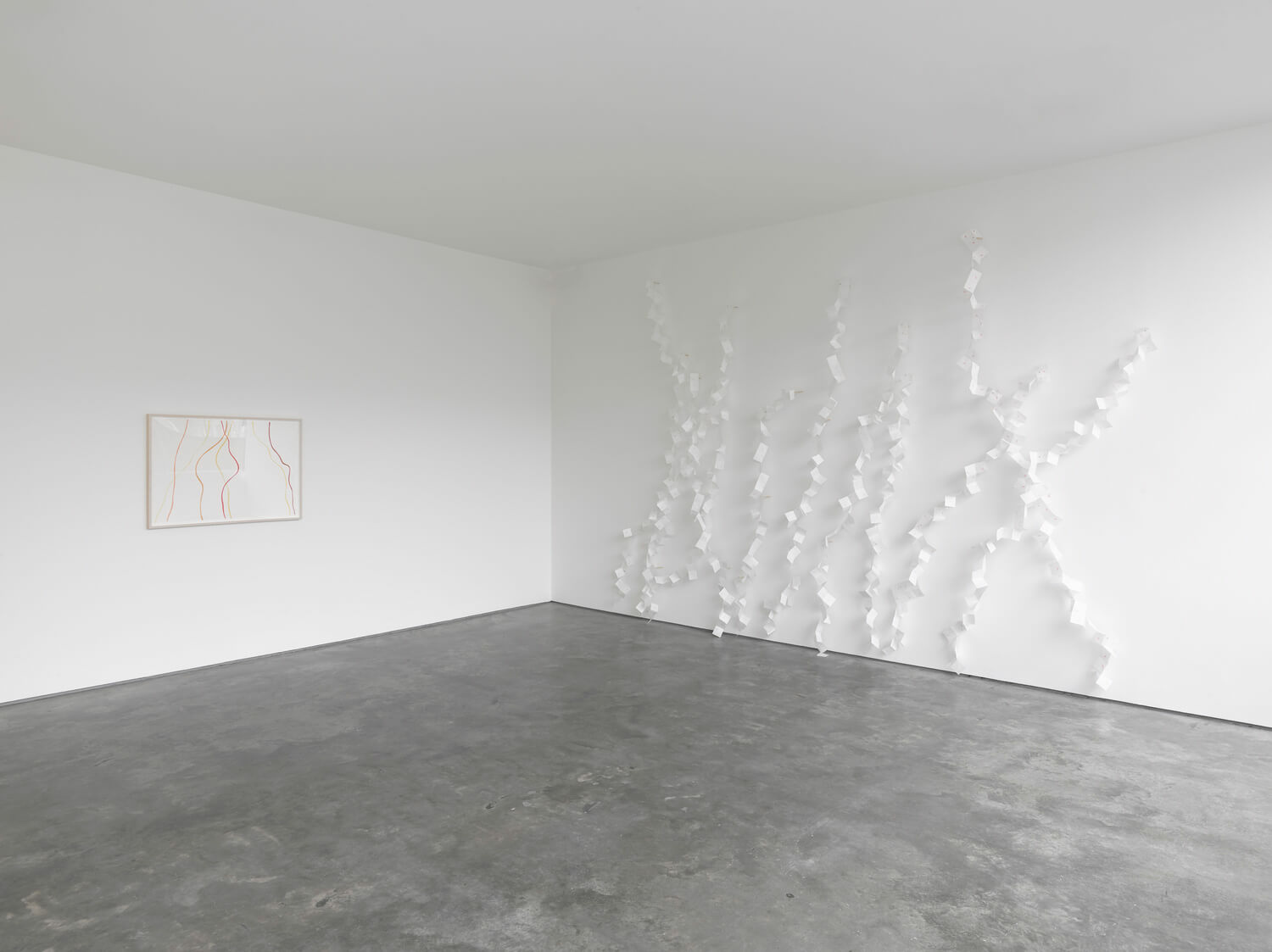 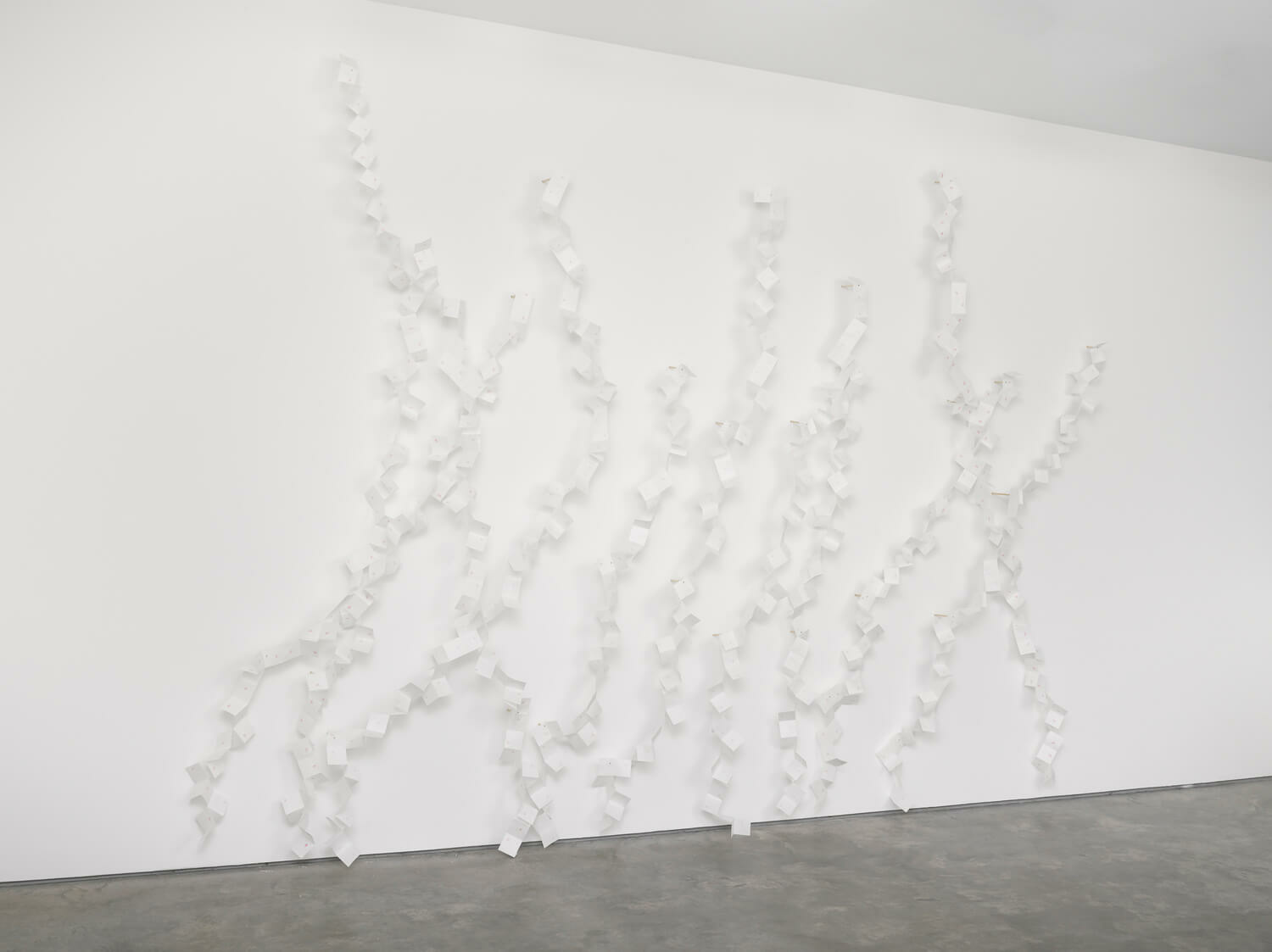 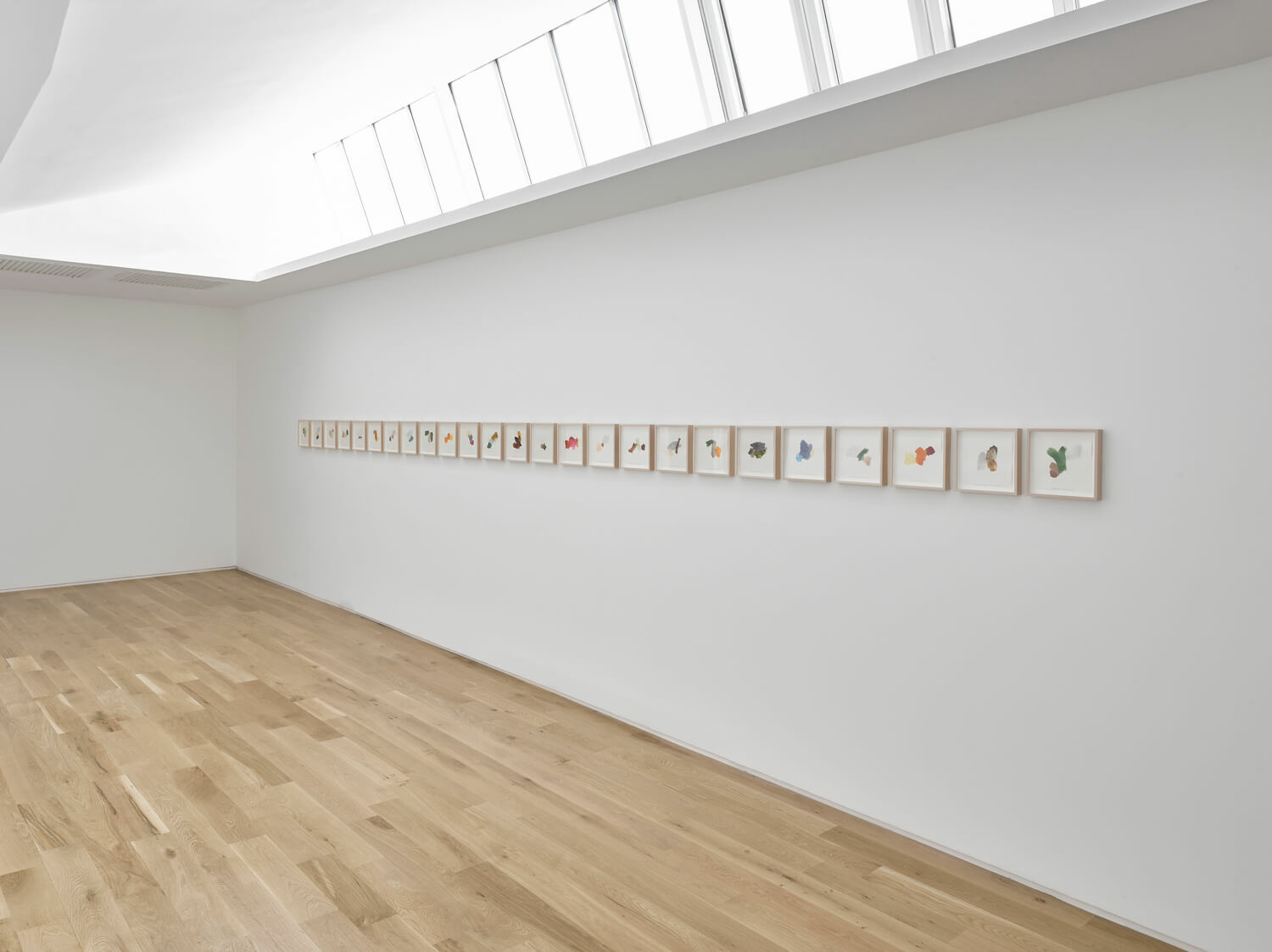 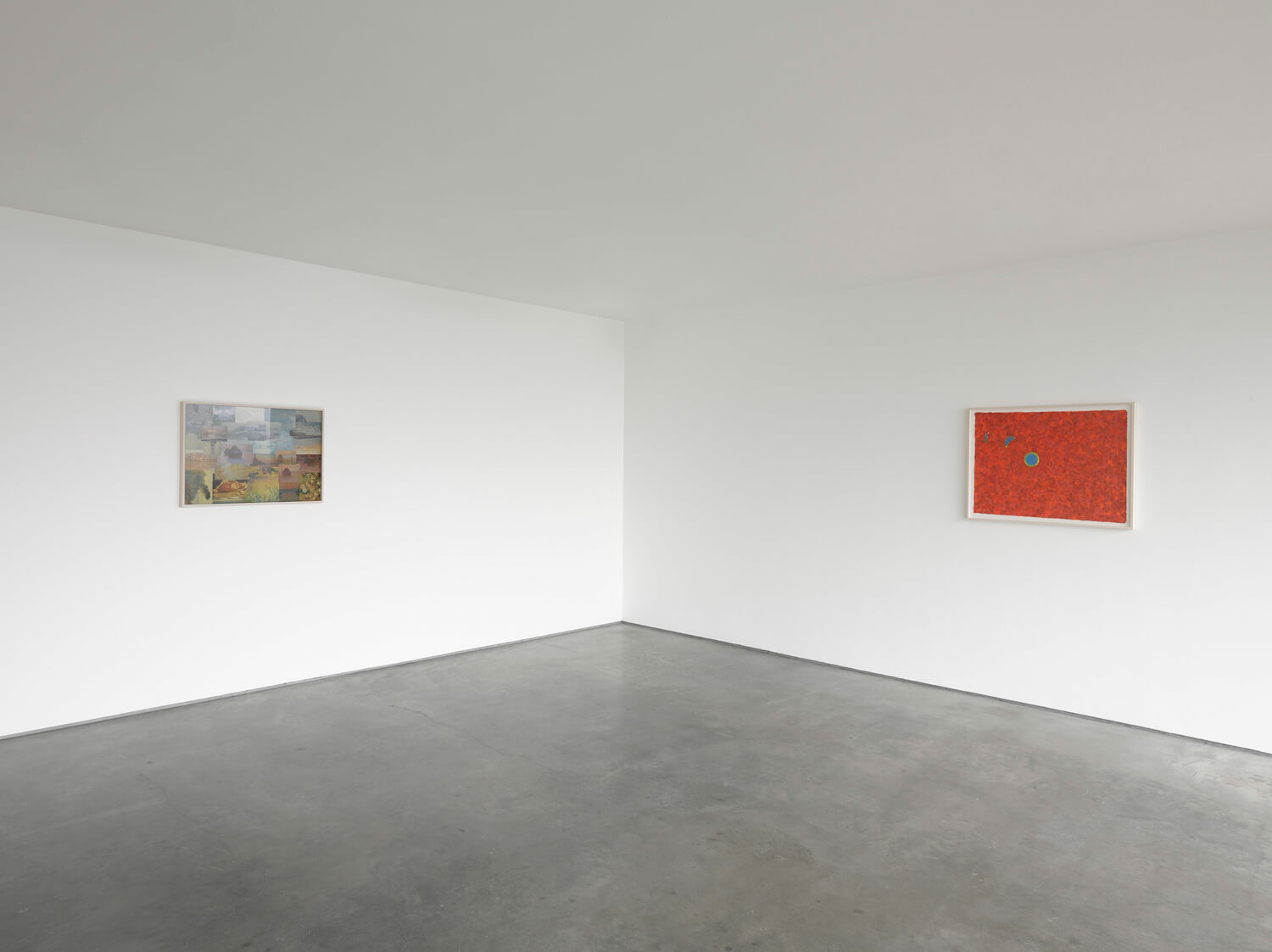 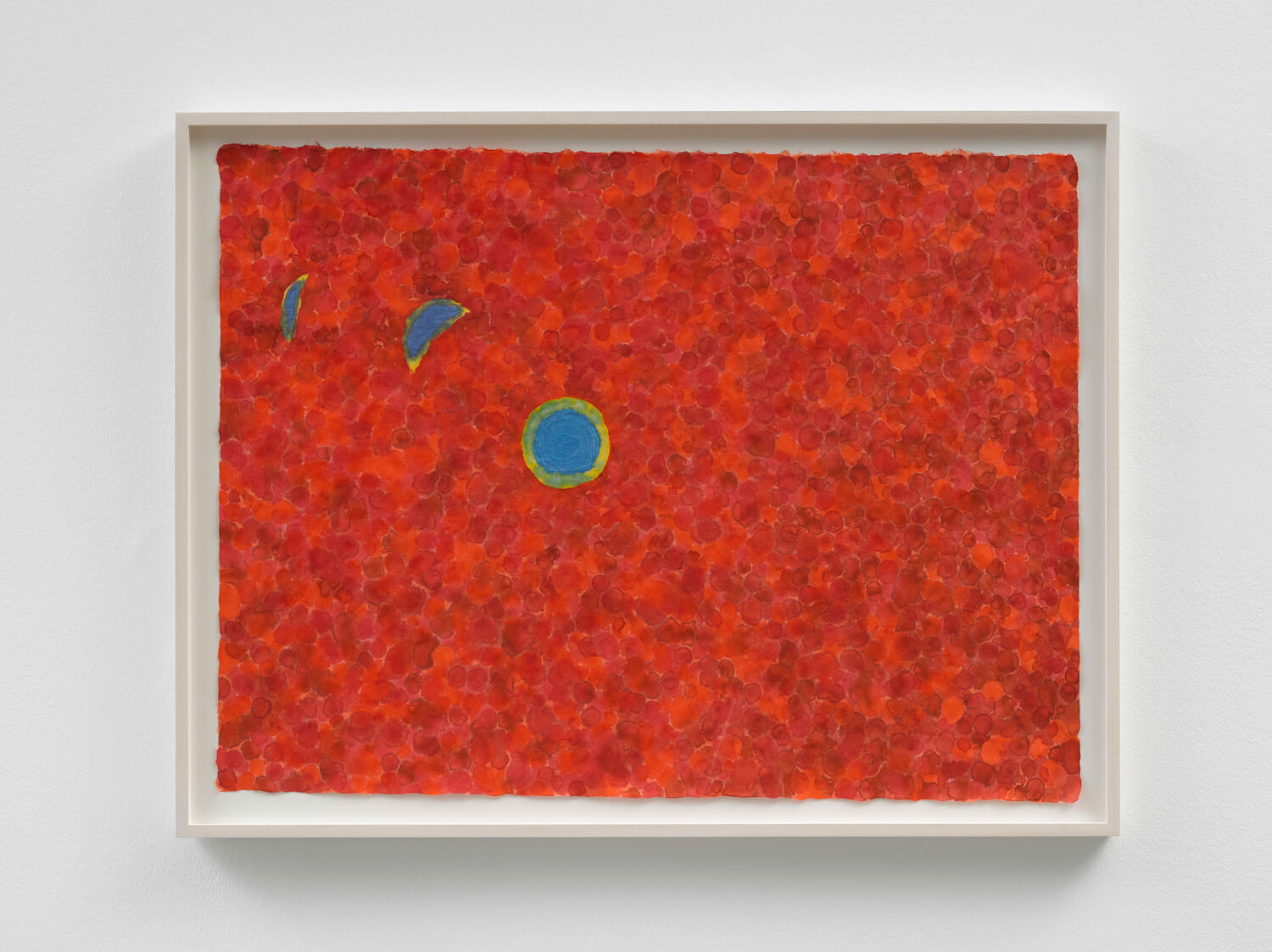 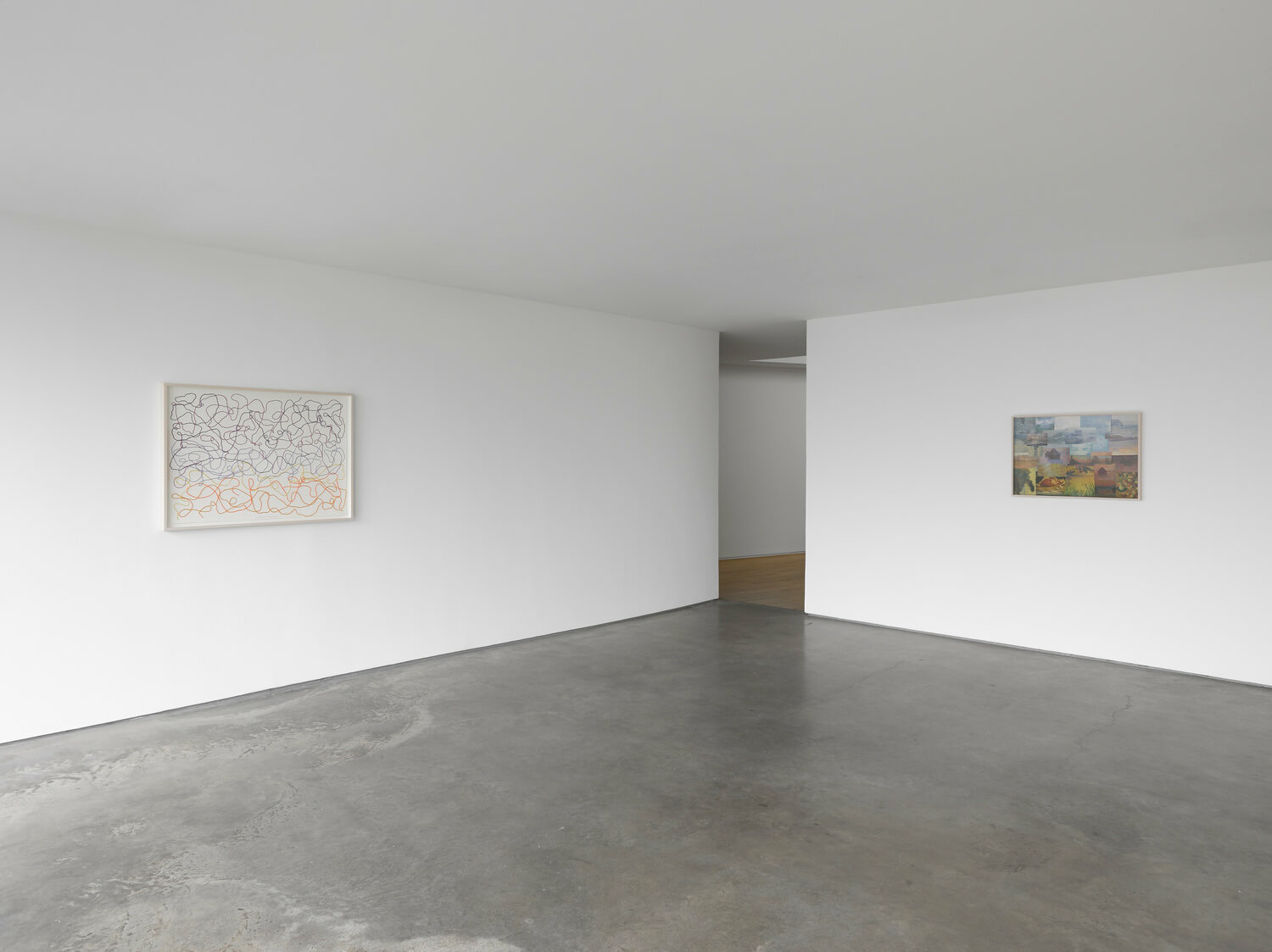 In March, Spencer Finch opens his sixth exhibition with Lisson Gallery, presenting a thematic show focusing on three central preoccupations in his work: subjectivity, gravity and light. Following the artist’s involvement in recent large-scale public projects – from Trying To Remember the Color of the Sky on That September Morning (2014) at the National September 11 Memorial Museum in New York, to his latest commission, A Cloud Index, suspended above Crossrail’s new Paddington Station (2019) – this intimate exhibition sees Finch return to the studio, presenting a series of new works alongside recent and historic work.

With light and colour as his subject matter, the Brooklyn-based artist creates ethereal, poetic work, recreating his journeys and experiences with the natural world in watercolour, photography, installation, video and drawing. Many of his works delve into a specific time and place in history with the objective of recreating those conditions – from the rising sun in Homer’s Iliad to the passing clouds in Emily Dickinson’s Before I got my eye put out – while others, such as 102 Colors from My Dreams (2002), document the colours he saw in his sleep. Determined to capture the ineffable, elusive experiences of our existence, Finch’s work is at once an impressive technical feat and a magical, delicate snapshot of an elapsed moment.

The first room in the gallery is dedicated to Finch’s diptychs which explore subjectivity, variation and change. The exhibition includes new and recent work including the twin lightboxes of Color Test – 111 (2019), the doubled drawing Blue-Violet (2019) and two records of his own body as a heat map in and out of the sun’s rays, entitled As Blind Men Learn the sun (passing cloud) (2018), alongside previous works such as Rainbow (Dunedin) (2008), a recording of two sites where Finch determined the arc of a rainbow had begun and ended. Articulating both the lingering awe of the natural phenomenon and its transitory nature, Finch captures how fleeting the optical event is, like colour, time, memory and life itself. Hung together or at a distance from one another, Finch leaves the viewer to fill in the missing colours and complete their own rainbow.

In the second room, under the theme of gravity, Finch presents works such as his Falling Leaves series, tracing the paths of leaves and matching their colours. While these works embody Finch’s scientific methodology, patiently and systematically investigating these phenomena, they also remind us of the romance of Finch’s practice; Finch’s devotion to the documentation of his surroundings reflects a deep appreciation. The installation exhibited across one wall in this room, Falling Cherry Blossoms (2019), is formed of multiple strands rendered in watercolour on folded paper that, when unravelled, create the illusion of multiple cherry blossoms falling from a tree.

Continuing the impulse to bring the outside in, light is the focus of the upstairs galleries. Finch’s fascination with light belongs to a long tradition: the sun has occupied the minds of scientists, philosophers, writers and artists since the dawn of human history, exploring optics and perception, as well as the connection to knowledge (the ‘enlightenment’) and religion. The exhibition features works such as After Image of the sun (Winter sunset) – his attempt to look at the sun and then depict its after glow – and Sunset (after Monet) (both 2019), an homage to Claude Monet who Finch referred to as creating “an experimental laboratory for certain optical effects.” A second work in the exhibition, Impressionist Sunset (after Monet) (2019), similarly tries to capture the ever-changing experience of light as filtered through the sunsets that Monet himself experienced and painted, creating a newly collaged Impressionist painting for the twenty-first century. 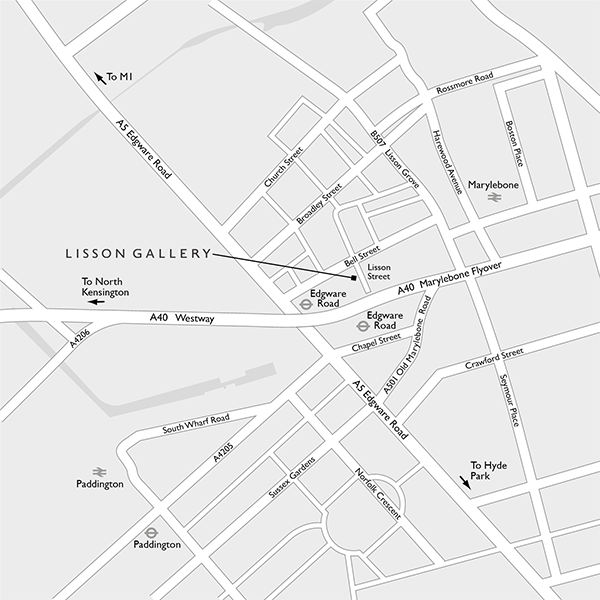