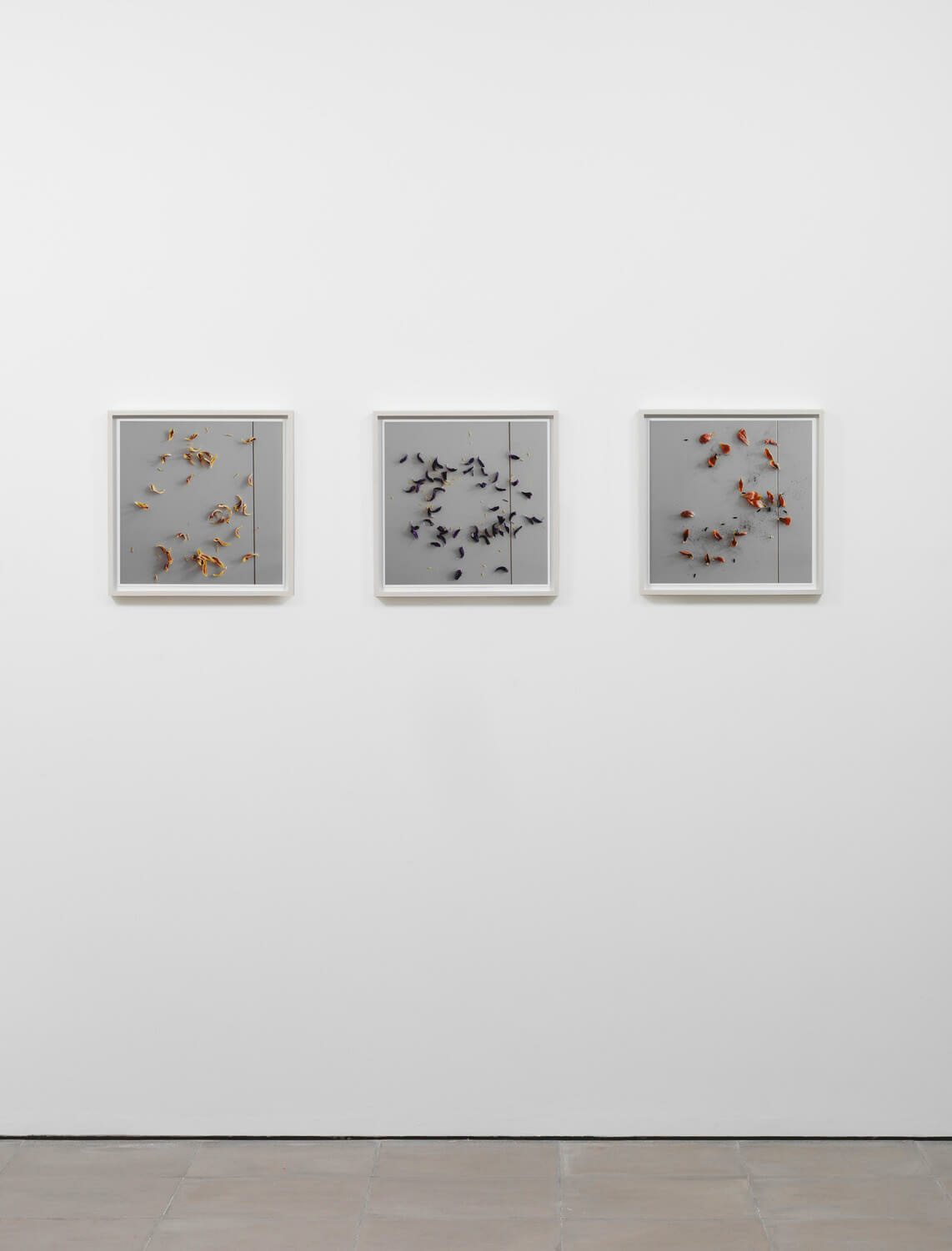 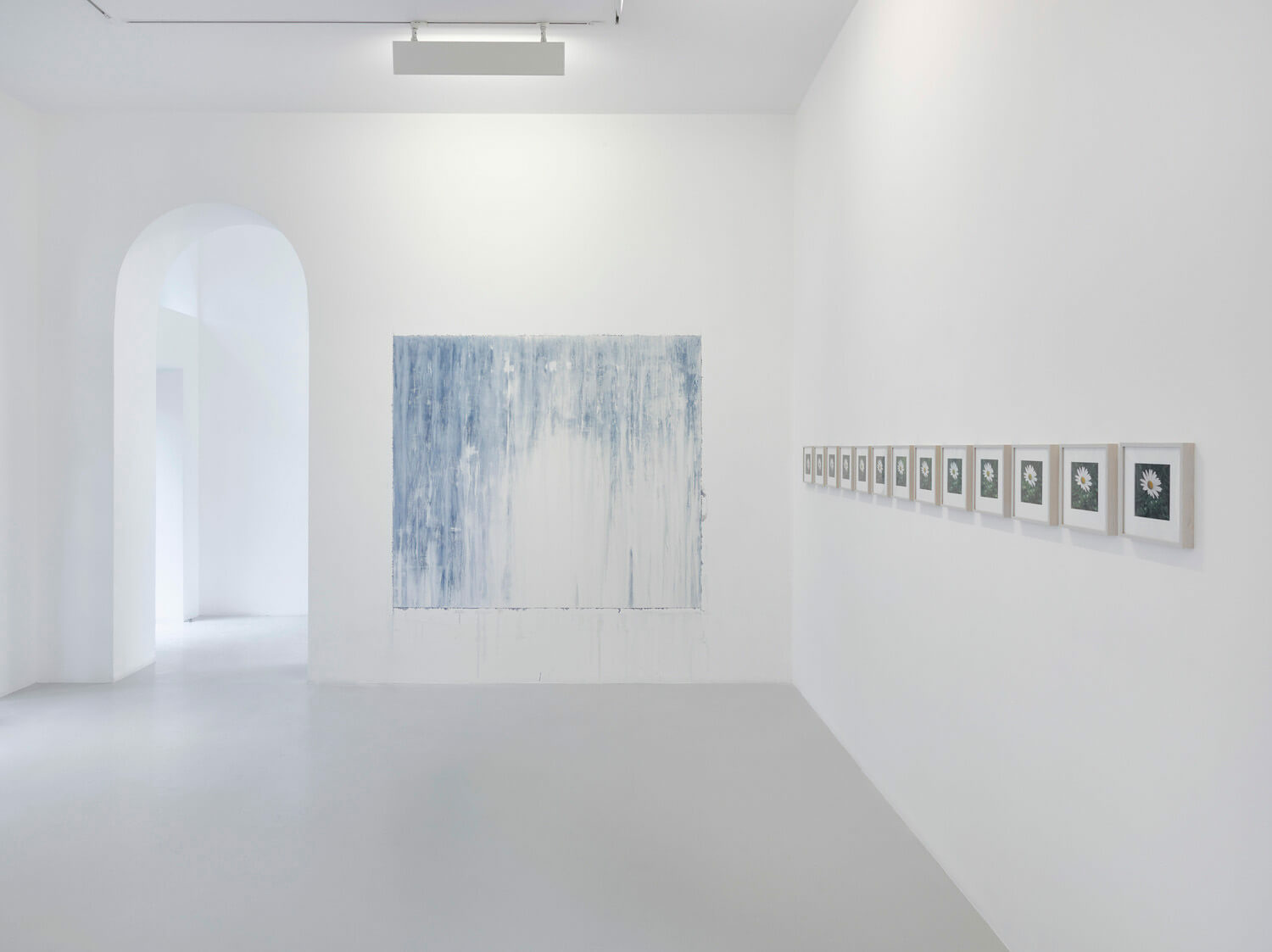 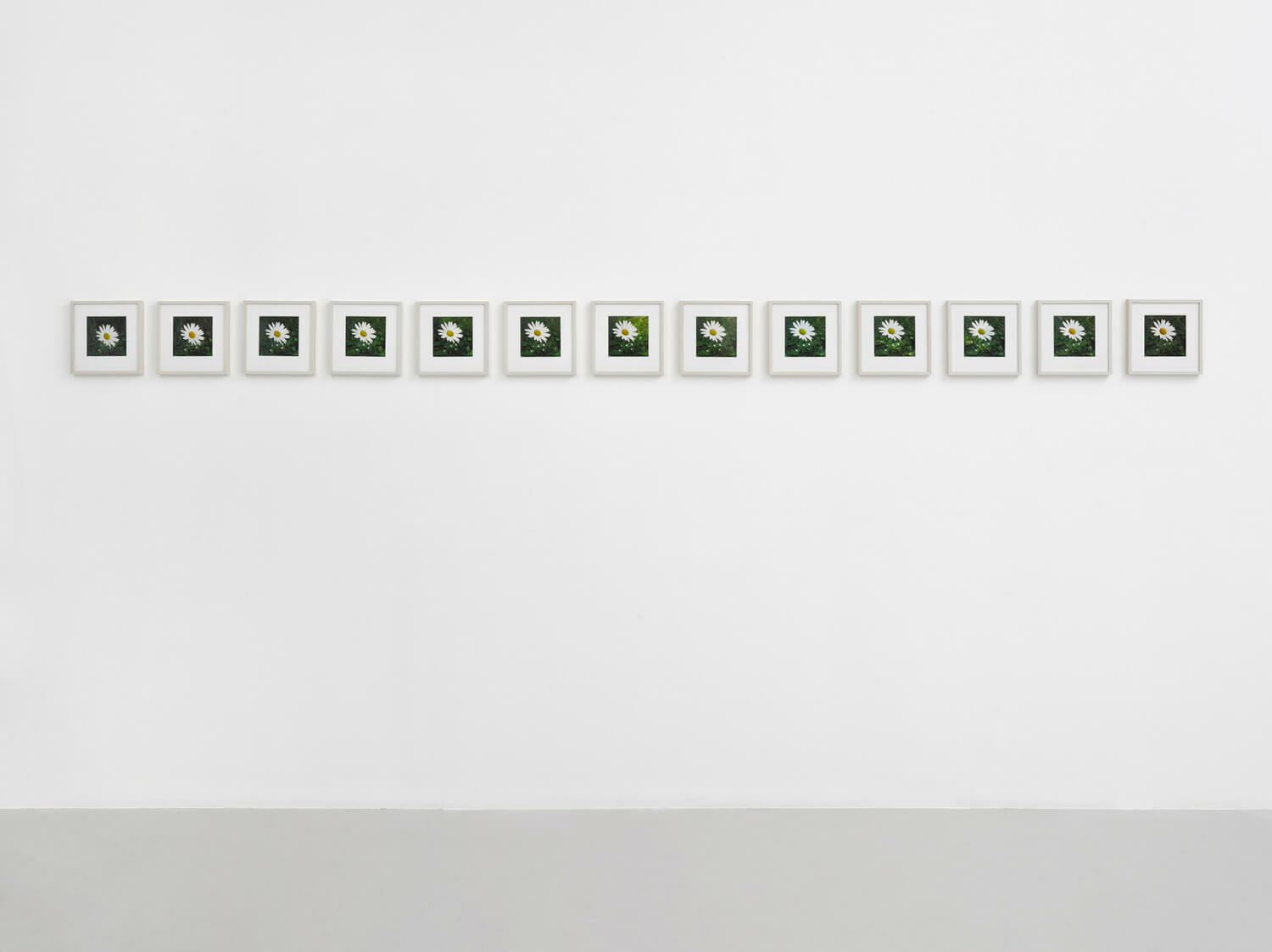 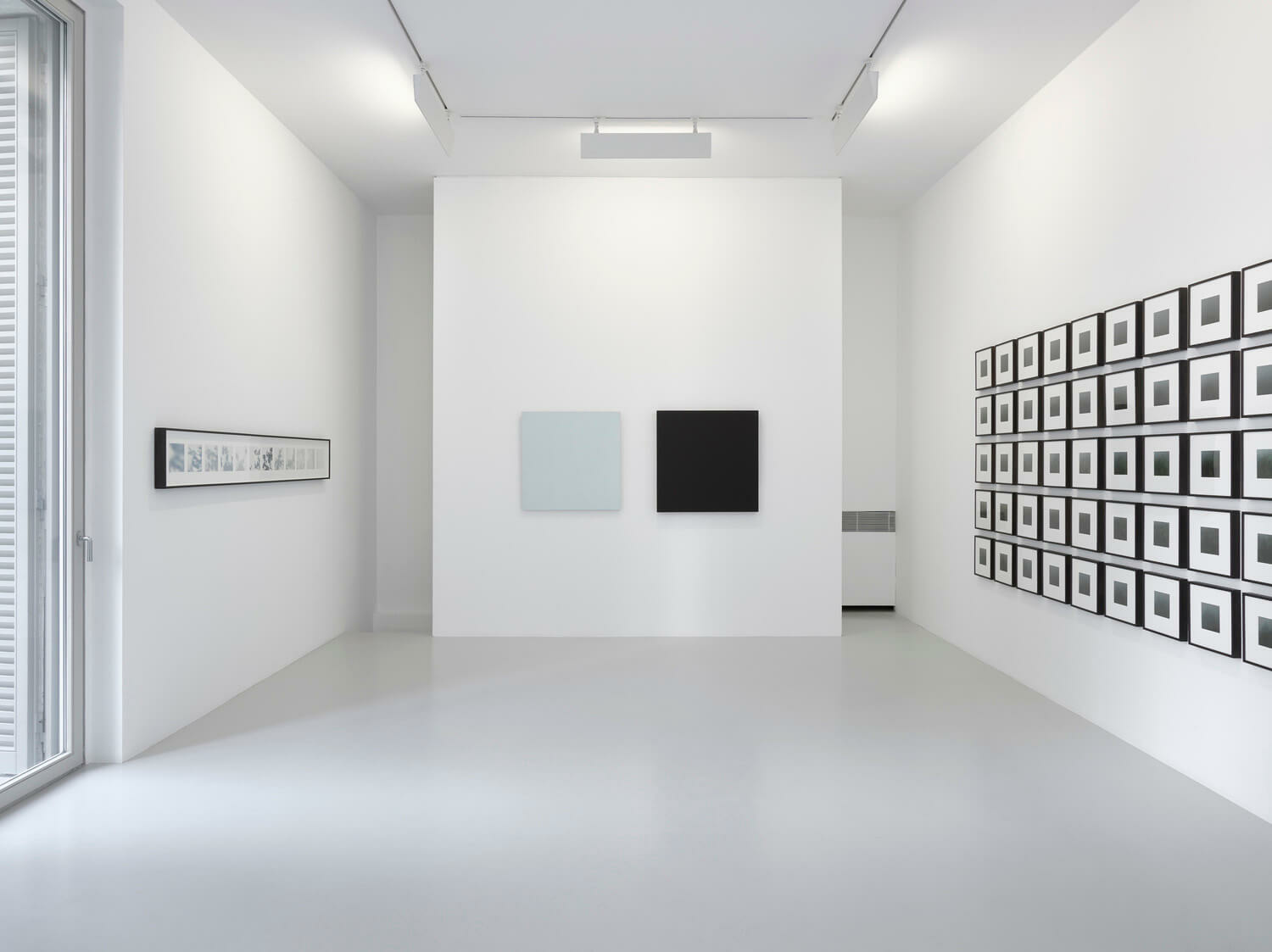 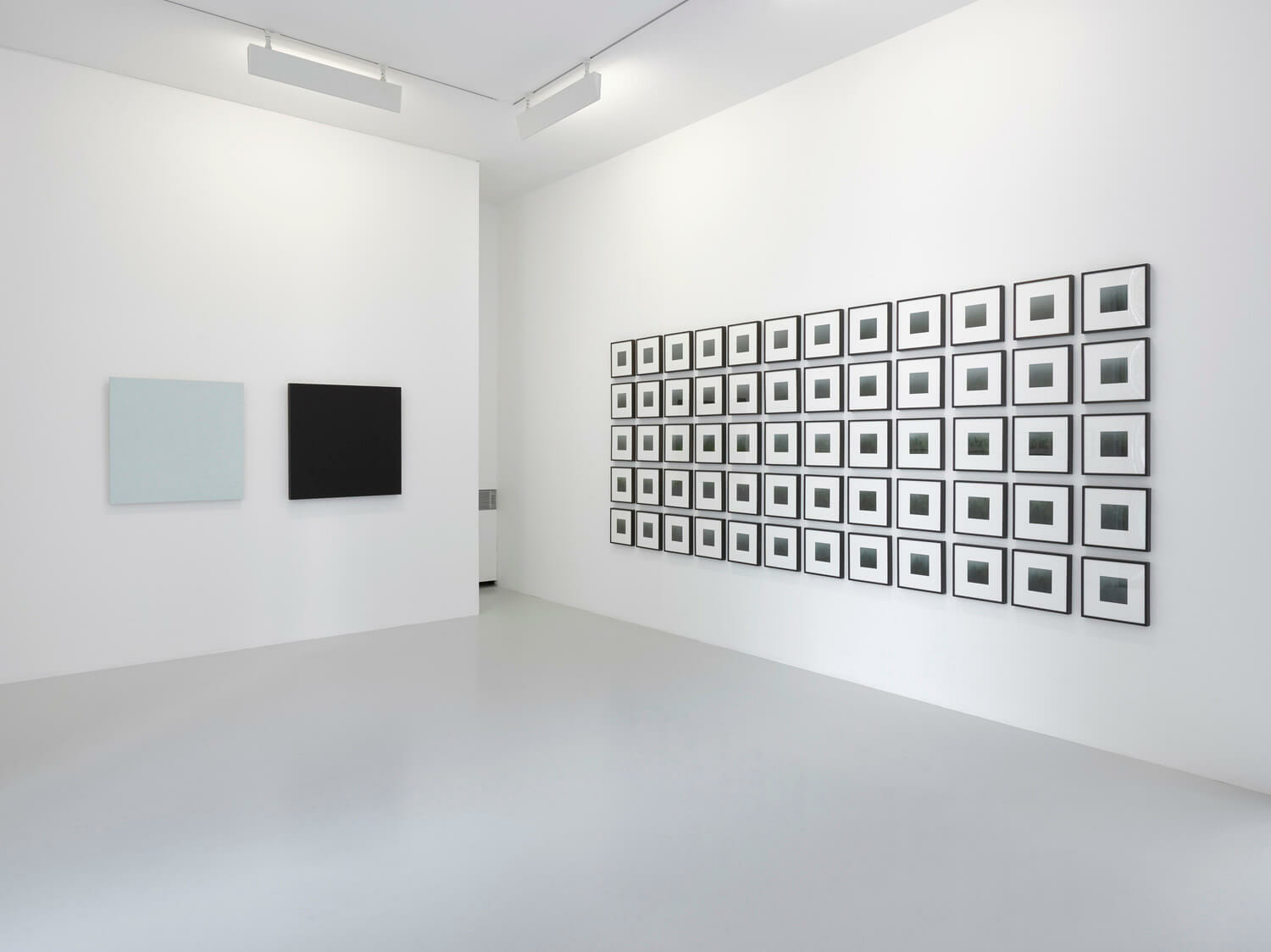 Photography is a fundamental aspect of Spencer Finch’s work and has informed his practice in a multitude of ways throughout his career. Spurred by an ongoing investigation into the nature of colour and the elusive power of light, Finch uses photography – itself a combination of these two elements – as a way of capturing the fleeting and ephemeral, the things one cannot see, but also as a tool to record distinct moments in time. His exhibition at Lisson Gallery Milan celebrates this aspect of the artist’s oeuvre and features six works that have either been created using the medium of photography or in response to the photographic process.

The passing of time most poignantly comes to the fore in Vanitas (Tulips) (2012), for which Finch documented the fallen petals of three floral arrangements, after having removed them from a vase. The delicate remains evoke the beauty of random patterns and the Dutch tradition of still life painting, offering a meditation on chance and death. Flowers appear again in The daisy follows soft the sun (2017), the newest work in the exhibition, in which the camera tracks the movement of heads and stems as they tilt in the direction of the sun throughout the course of a day. The change in natural elements over a period of time is also evident in Finch’s photographic work Thank you, Fog (2009). Shot at one-minute intervals for an hour, the photographs depict the various states and densities of fog as it descends over Sonoma County in California. The transition from revelation to concealment of the wooded landscape below abstracts the sensation of being lost in a cloudy bank to a single, planar colour.

Photography’s blurring of the distinctions between representation and abstraction is further explored in Lemon Tree (2010), a sequence of 12 photographs that capture the transient shadows cast by a lemon tree from dusk till dawn to record the revolution of the sun around the tree. The work is inspired by Federico Garcia Lorca’s poem The Song of the Barren Orange Tree, a melancholic text in which a fruitless lemon tree begs a woodcutter to cut away its shadow so it can no longer see its barren silhouette.

Shadows assist with the creation of the final work in the exhibition, Self-Portrait as Crazy Horse (1993), which masterfully mixes photography and performance. By painting a white wall of the gallery with light-sensitive Cyanotype emulsion paint, Finch transforms the space into both camera and dark room. As he stands between the wall and window from sunrise to sunset in the gallery, the light slowly processes the exposed chemicals on the wall, leaving only a faint silhouette at the centre – a negative image left behind as evidence of Finch’s performance and the record of a day. The work’s title evokes the nineteenth-century Oglala Sioux Chief, ‘Crazy Horse’, who distrusted photography and believed the camera would steal his shadow.