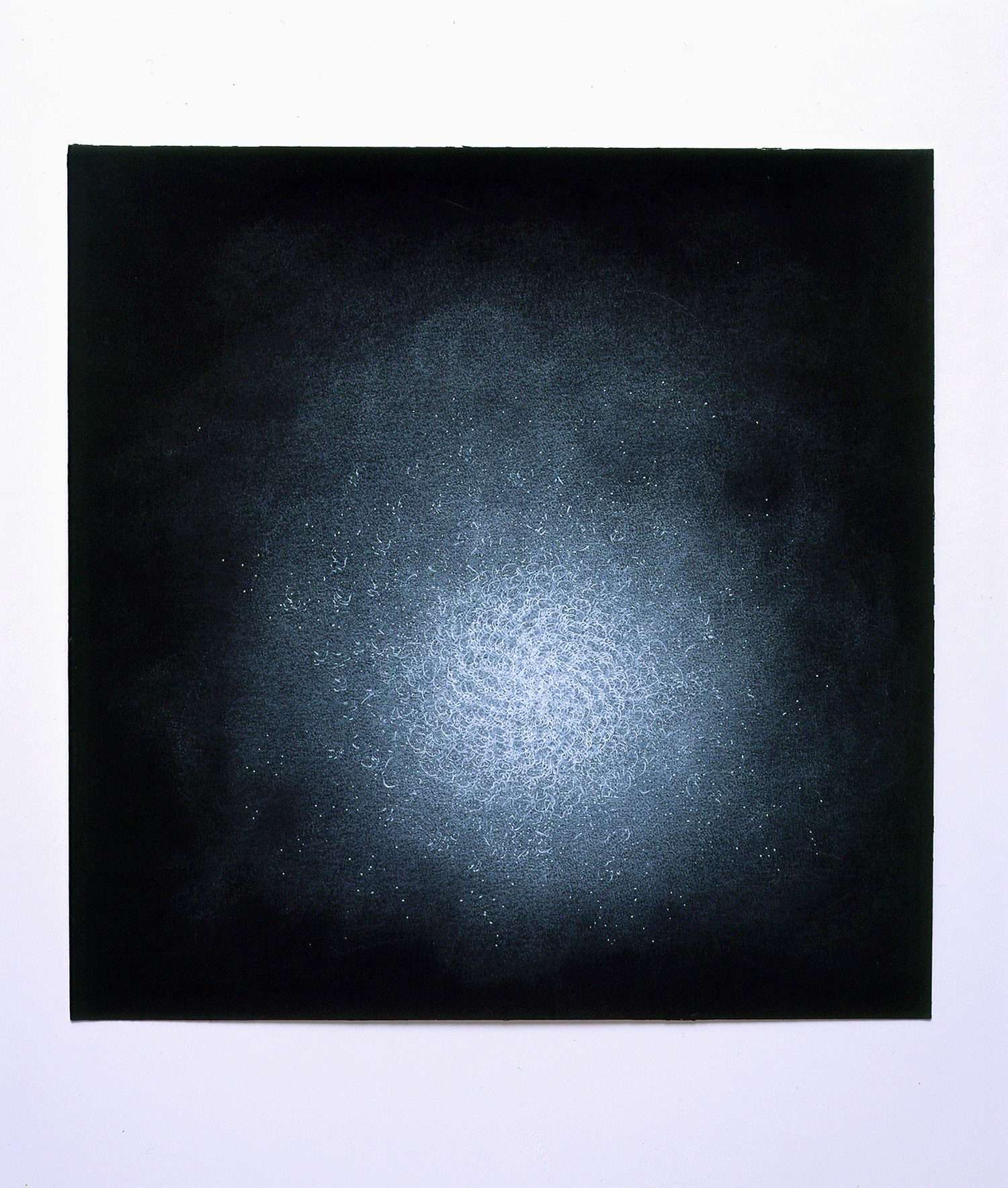 “I set out to capture my breath, to find the essence of my own experience, transcending name, nationality, cultures.” Shirazeh Houshiary

Lisson Gallery is pleased to announce an exhibition of new paintings by Shirazeh Houshiary. This will be her sixth solo exhibition with the gallery, her first since 2000, and will include a 4-screen animation work.

Breath has occupied a central position in Houshiary’s entire oeuvre. The sense of expansion and contraction characterising inhalation and exhalation is evident from her early sculptures of 1992-93. Later, in paintings such as Presence, 2000, breath leaves its mark as an elusive presence, a form that vanishes as soon as it enters visibility. Its absence begs for presence. She continues this theme in a new animated work not previously shown in the UK.

Houshiary’s paintings are monochromatic. She restricts her palette to mostly black and shades of white, only to negate such dualities. By drawing light into darkness and casting shadows on the pristine whiteness of her canvases, she affirms their interdependence, removes the distance between opposites, and points to a world far more complex than black or white. By creating abstractions she treads into a territory dominated by Western artists such as Kazimir Malevich, Ad Reinhardt and Mark Rothko to name a few. But Houshiary gets there with the tools of a calligrapher, the patience of a miniature painter, and the mindset of a mystic. Her goal is nothing less than capturing and visualising what is ghostly, invisible, fugitive, impossible to freeze, something like the very essence of life as manifested in breath.

Born in Iran in 1955, Houshiary has lived in Britain since the mid-1970s. Refusing to inhabit a ghetto either Western or Islamic, instead, she invents a new order alien to both. Her work suggests a stage prior to and beyond differences, in which everyone finds something they can recognise- the pulse of life, the trace of a self, something akin to the visualisation of human presence.

Shirazeh Houshiary lives and works in London. Recent projects include a commission for Art For the World entitled “Playground” by Houshiary and Pip Horne, at Gloucester Primary School, Peckham in 2004, Another collaboration Breath, 2004 is on show in Battery Park, New York City until April 2005. The project, organised by Creative Time, is a ‘tower’ structure made in white glazed bricks and sounds emanating from its core.