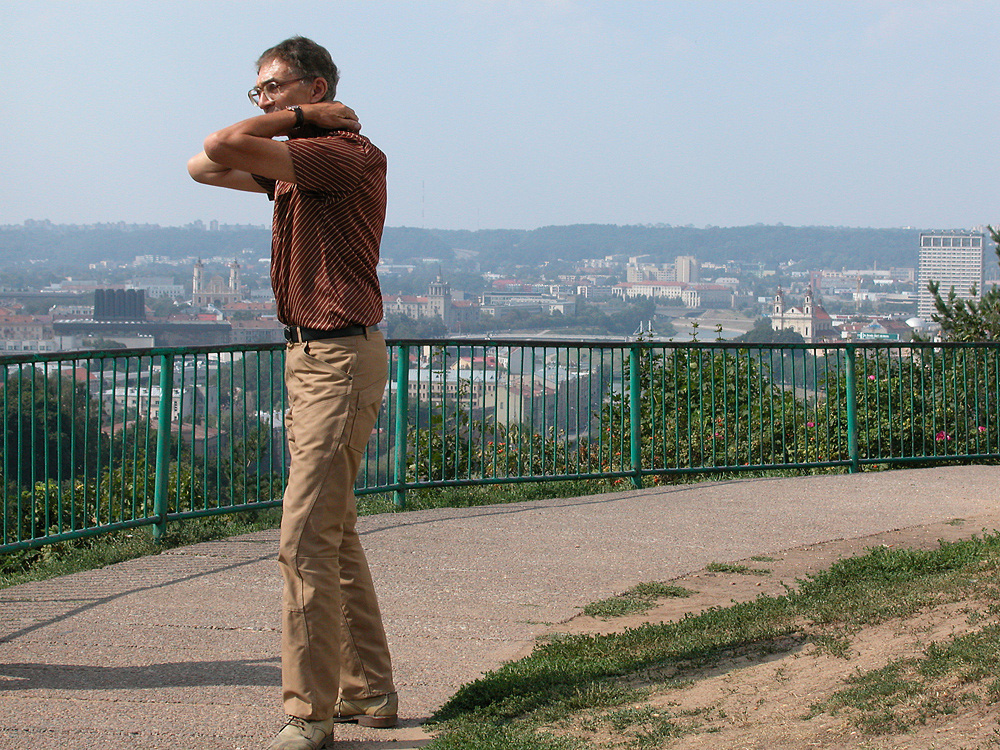 Sharon Ya’ari (b.1966) takes photographs of what appear to be mundane scenes from the Israeli countryside. Groups of people walk through the landscape, dressed in casual weekend clothes; children gather together behind a tumble- down brick wall possibly at the end of the school day; people visit a zoo where spectators of an unknown animal are bathed in wintry light. Despite this ostensibly ordinary subject matter, his photographs always ask questions of the viewer: what are these people doing, where are they going, what are they talking about?

The images that Ya’ari creates are in one sense documentary; people are continuing to live a normal life despite the violent eruptions nearby. However, on closer examination, the countryside begins to take on a sense of claustrophobia under Ya’ari’s gaze that perhaps contributes to our sense of unease about these images. Often the green spaces fringe urban developments, or a pylon intersects an otherwise empty landscape. While resolutely non- political, our knowledge of what is happening in nearby cities means they do not offer the Arcadian ideal of retreat and rest previously associated with images of the landscape. Instead we are left feeling unsettled and mildly disturbed by Ya’ari’s work.

Most of the images were taken in winter, giving the landscapes a foreign, short- lived European hue of greeness. Ya’ari’s digital intervention is minimal, almost indiscernible, and yet it generates the desired enigmatic effect. The photographs are composed with a painter’s sensibility for framing devices, paths leading the eye into the distance, and figures grouped according to compositional rules established centuries ago. However, Ya’ari is indisputably a very modern master of his chosen medium.

In 2002 Sharon Ya’ari has had solo exhibitions at Sommer Contemporary Art, Israel, the Project Room at ARCO, Madrid and the Drexler University Art Gallery, Philadelphia. He has also taken part in group exhibitions at Artistspace, New York, Fotofest, Houston and LISTE 2002, Basel, Switzerland. He lives and works in Tel Aviv.