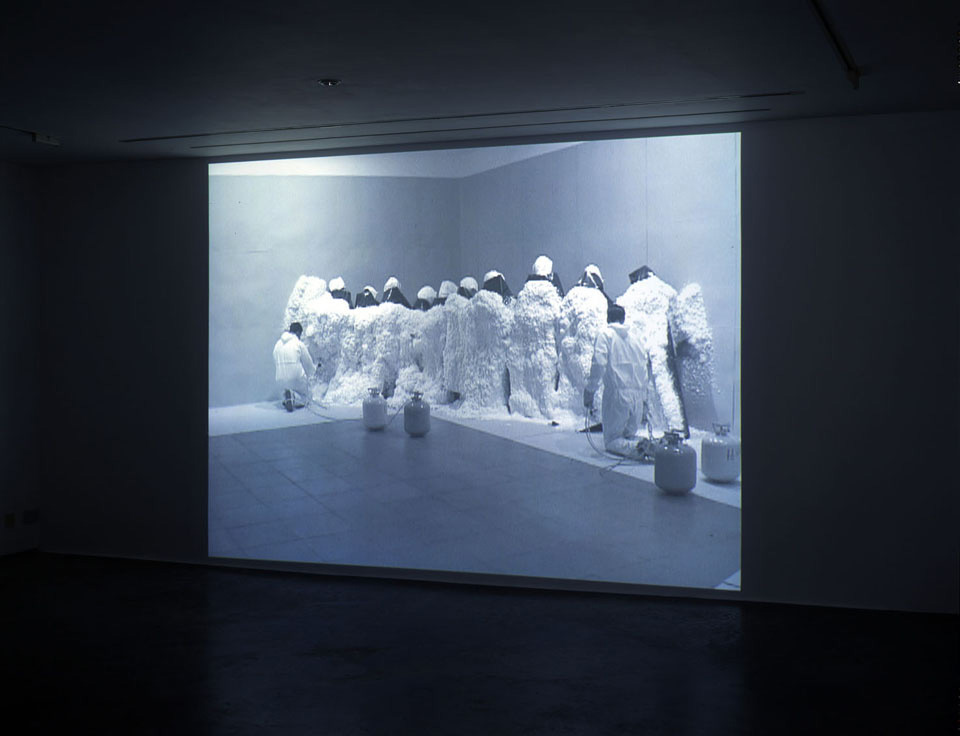 Lisson Gallery would like to announce a major new project by Santiago Sierra opening Monday July 12th. This will be his first project for the Lisson since his three-part work opened Lisson New Space to acclaim and furore in 2002. His first “action” sparked an array of responses when, for the inaugural opening of the gallery, he sealed the space with corrugated iron. The second and third actions caused controversy when he paid the minimum wage to a revolving group of unemployed people to simply stand facing a white wall, while one man stood alone facing a corner.

Born in Spain in 1966, Santiago Sierra was has lived and worked in Mexico City since 1995. Last year, he came to the attention of a broad audience overnight with his “closure” of the Spanish Pavilion at the 50th Venice biennial. Having walled up the entrance to the pavilion with bricks, he stationed a Spanish police officer at the site allowing access via a dingy side entrance only to those who could produce a valid Spanish passport. The few who were allowed inside were confronted with nothing but empty rooms. The actual event took place in total secrecy and was documented by only one photograph.

His most recent large-scale project was 300 tonnen, 300 tons, 2004 for Kunsthaus Bregenz whereby he loaded the structural capacity of the Kunsthaus to its limit. The project was a response to the minimalist, cubic reduction of the material and formal language of the building’s architecture. Sierra calculated the maximum weight that the building could withstand and filled it with 300 tons of concrete blocks. Only by restricting the number of visitors allowed in at any one time could the precarious and critical balance of weight be maintained, averting the collapse of the building.

Santiago Sierra initiates actions that refer to everyday social life. By intervening directly in life, his work reveals political developments and social dynamics and shows how, with minimal intervention, systems and their ordered structures can be undermined. His socio- and art-critical actions and interactions stir up strong emotions in an audience that has grown accustomed to aesthetic appearances.

Due to the controversial nature of Sierra’s work, we are unable to disclose details of this project until the time of the opening. 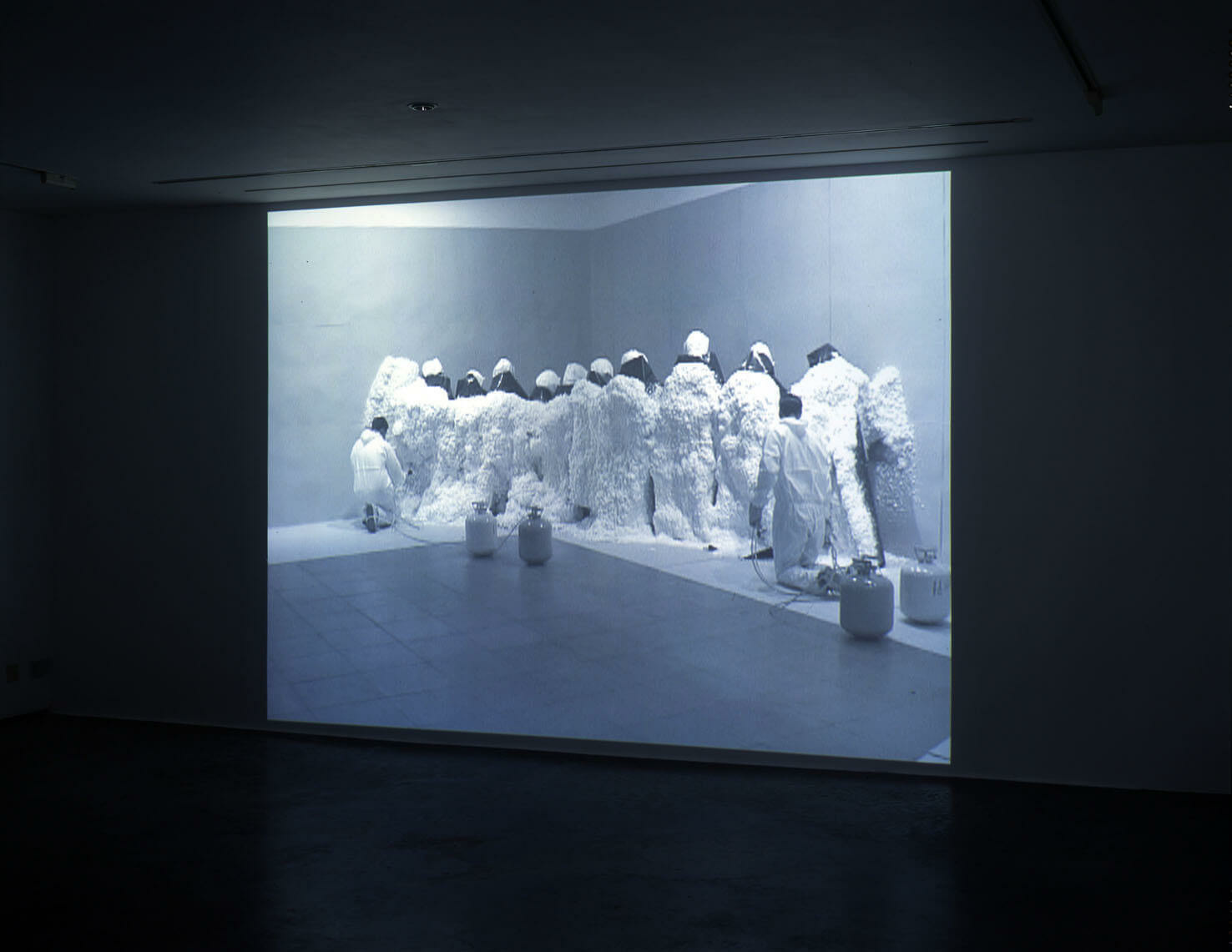 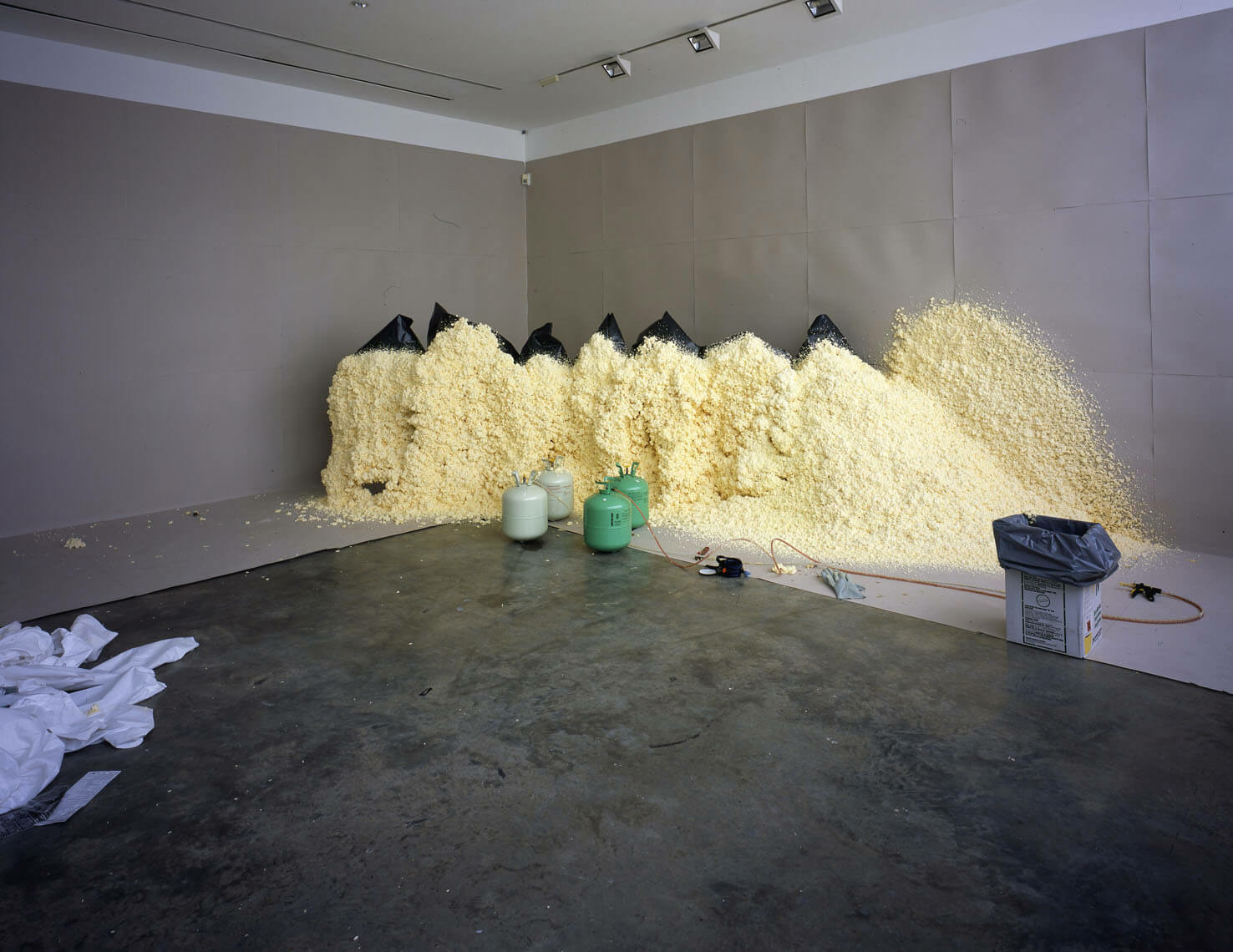 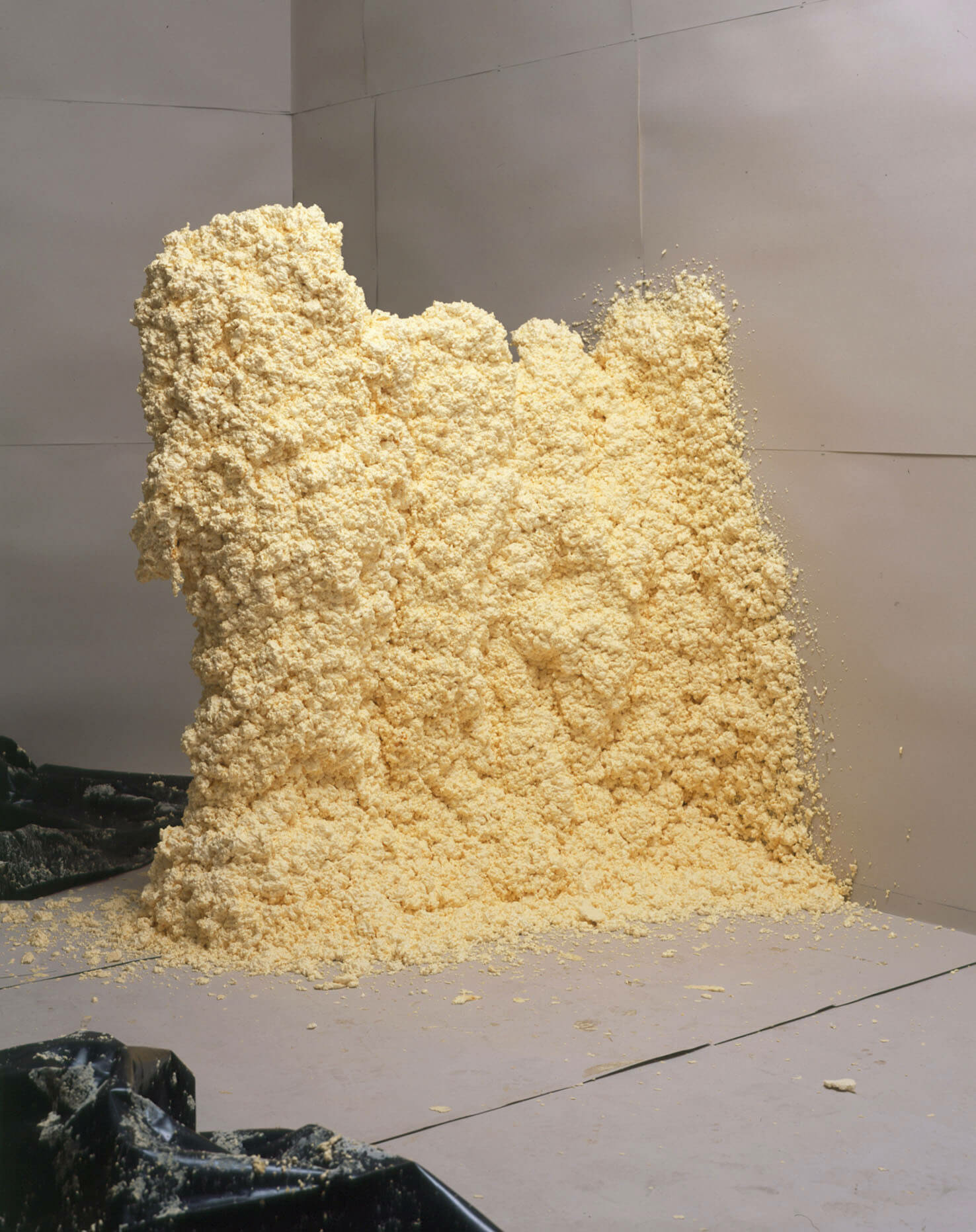 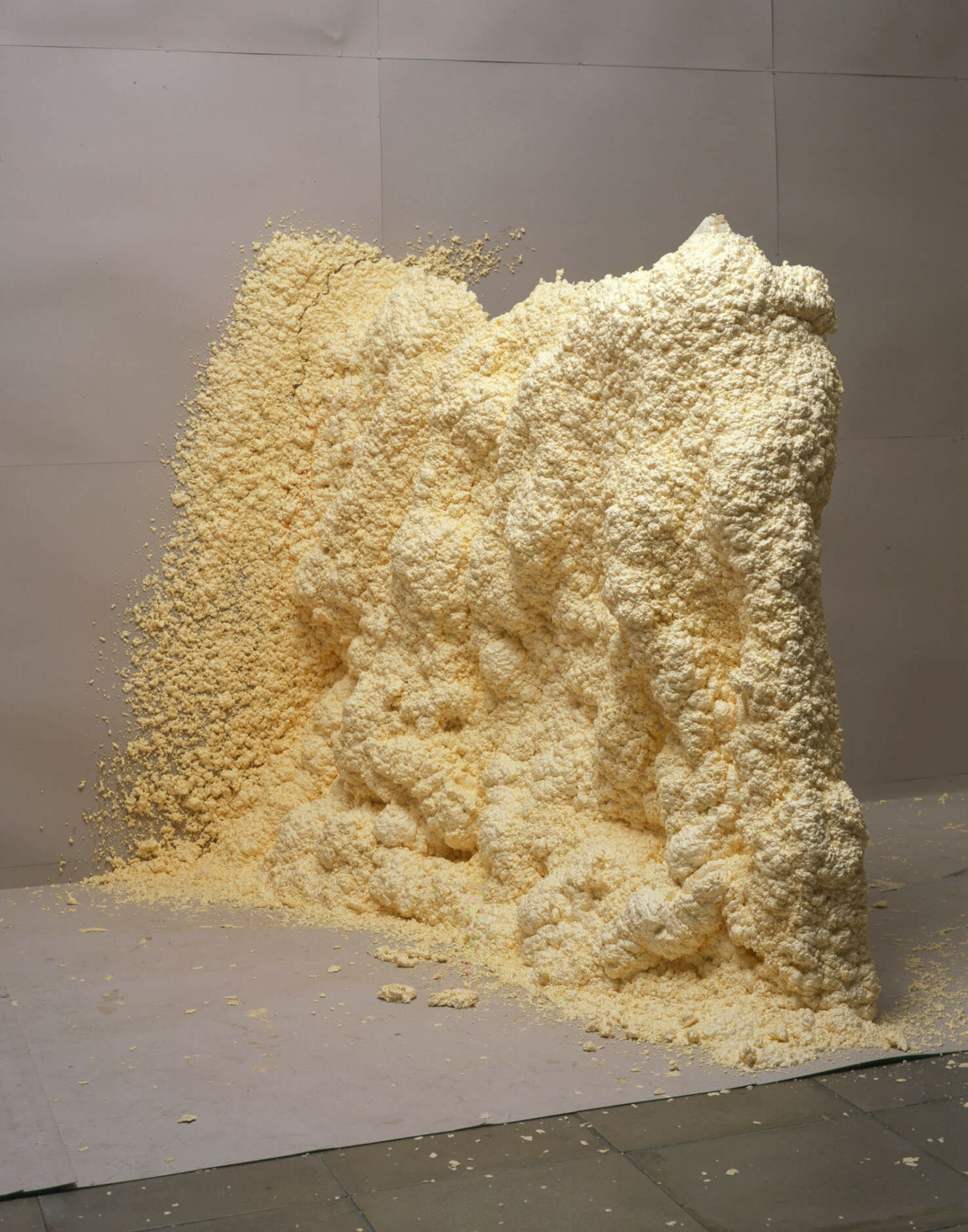 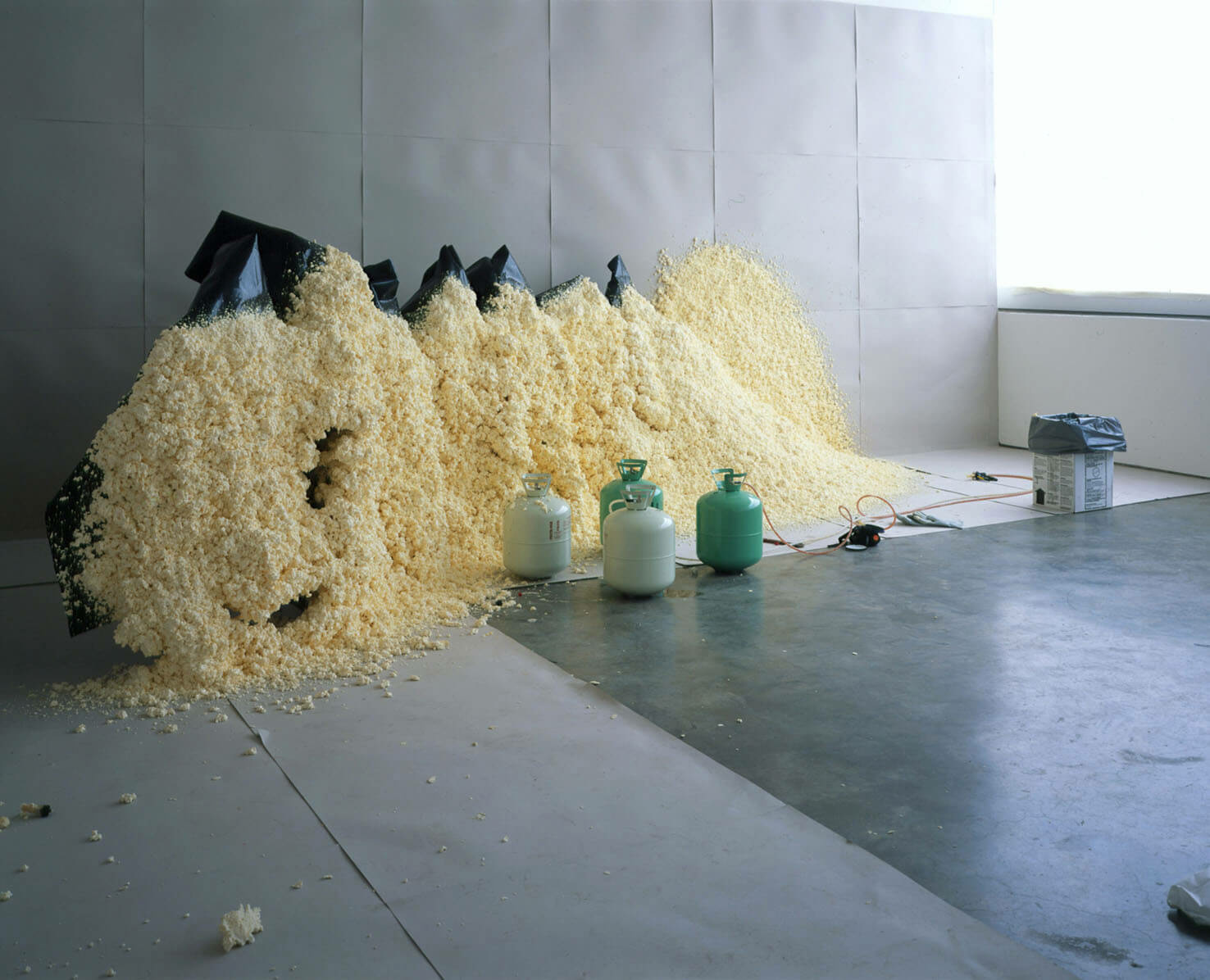