Ryan Gander: You Walk into a Space, Any Space 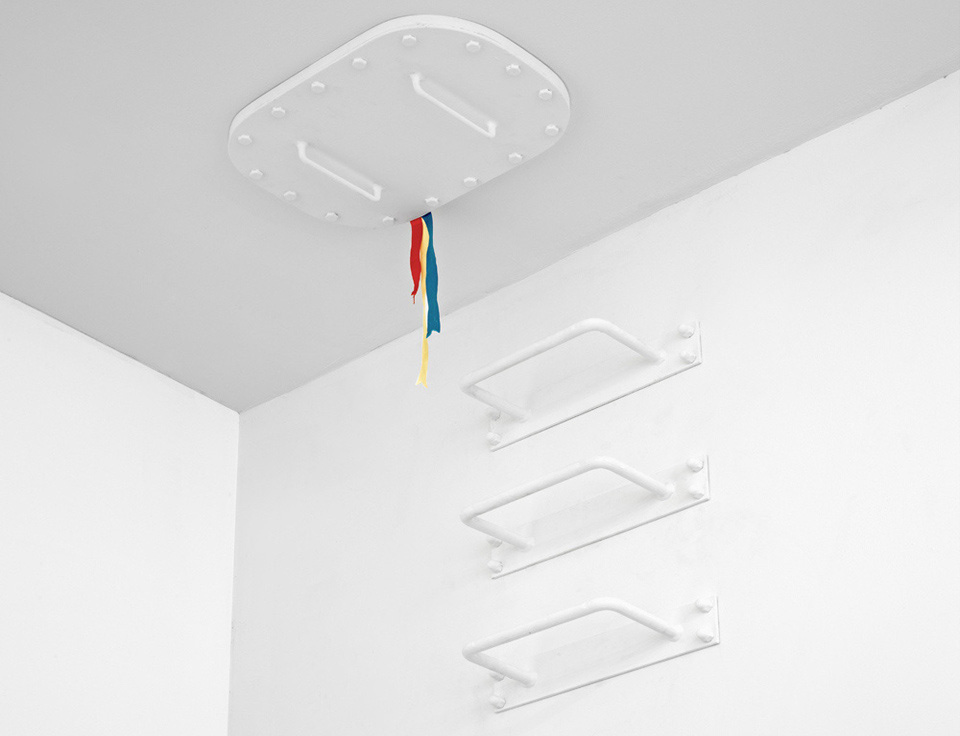 For his first solo exhibition at the Lisson Gallery, Ryan Gander has created a body of work which takes the viewer on a pin-ball like journey through an idiosyncratic history of art, film and media. Whether you enter the living room of Ernö Goldfinger, stumble upon Degas' Dancer, narrowly miss a shower of arrows piercing the gallery floor, or attempt to flee via an escape hatch in the ceiling, each work leads you into a different perceptual space.

Gander's intention to disrupt the perceived limits of the gallery is made apparent with his large-scale installation I taught myself how to grow, 2010 on the glass façade of the gallery. The image looks like advertising for tanning salons: a silhouetted woman stands under a palm tree, turning towards the sun. The image is a cliché of a holiday paradise but here created using thousands of highly coloured children's stickers.  Hanging in the gallery window is a defunct neon sign that reads 'm ssage' in reference to the 1967 book The Medium is the Massage by Marshall McLuhan and Quentin Fiore. Gander suggests that either a massage or message awaits the viewer upon entering the exhibition, and simultaneously transforms the implied function of the gallery, from a staged to an un-staged space.

Gander sometimes refers to his practice as the 'incomplete history of ideas' and deliberately never makes the same work twice. However, the works in the exhibition highlight recurrent themes, such as the reinterpretation of iconic figures in art, design, and music. Gander has been working with Degas' Dancer for the last two years, allowing her to step down from her pedestal, take off her tutu and explore the exhibition space she occupies. With each work, a new frame in a narrative sequence is proposed. She is presented within reach of her pedestal but her actions set up a confrontation between herself and her position in art history: the pedestal representing the constraints of classical sculpture. In this new work, You Walk into a Space, Any Space, or Poor Little Girl Beaten by the Game, 2010, she is seen attempting to hold elementary two-dimensional Bauhaus shapes; a triangle, a circle and a square, which have metamorphosed into three dimensional physical objects; a pyramid, sphere and cube. The floor is scattered with multiples of these objects as if she is either trying to hold them all, or steal a few. Gander places her in a situation where she is attempting to make a transition from the modern to the contemporary.

The show also references the well-documented argument between Piet Mondrian and Theo van Doesburg who previously fell through a Frank Lloyd Wright window whilst arguing about the significance of the diagonal line. Gander extends this idea by peppering the gallery walls and floor with hundreds of arrows, as if just fired by a battalion of archers. Gander has turned the gallery into a time portal, transporting the reminiscence of a medieval, fictive battle scene - something associated with epic movies - into a minimalist sculptural intervention.

Gander's fascination with history and its ability to transcend time is developed with Everything is learned, 2010. A rock is placed in the gallery space, similar in size and shape to the rock that Rodin's The Thinker sits upon. Carved into the rock is the imprint of the buttocks and heels of a person who has been sitting there for such a period of time to have reshaped the solid surface. Even though this object is essentially just a rock, the form of a person's presence causes it to become a place to sit, think and observe for hundreds of years, past, present or future.

About the artist:
Gander has exhibited widely in museums and galleries throughout the world and has a major solo exhibition at Haus Konstruktiv opening in June 2010. He has had a number of solo museum exhibitions including CCA Wattis, San Francisco, Villa Arson, Nice, MUMOK Vienna, Museum Boijmans van Beuningen, Rotterdam, Stedelijk Museum, Amsterdam, the DAIWA Viewing Rooms, Hiroshima. Gander lives and works in London and Suffolk. 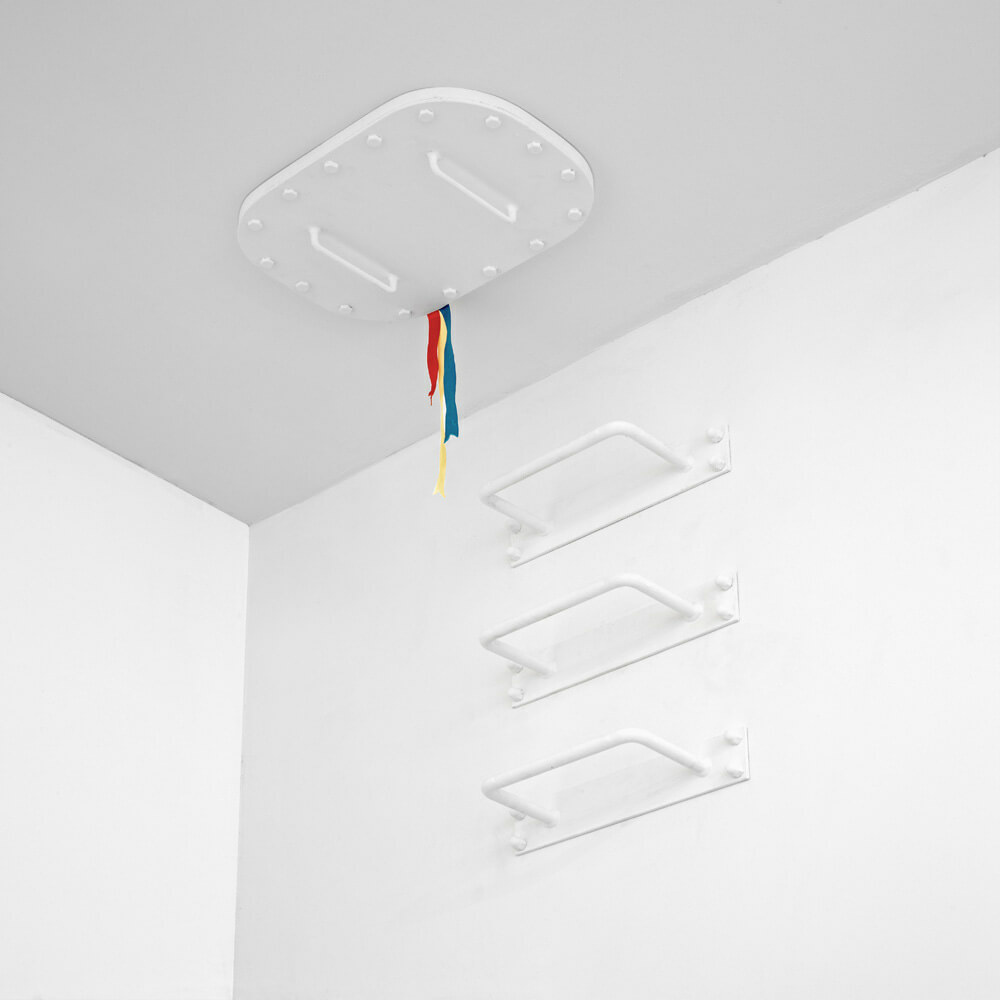 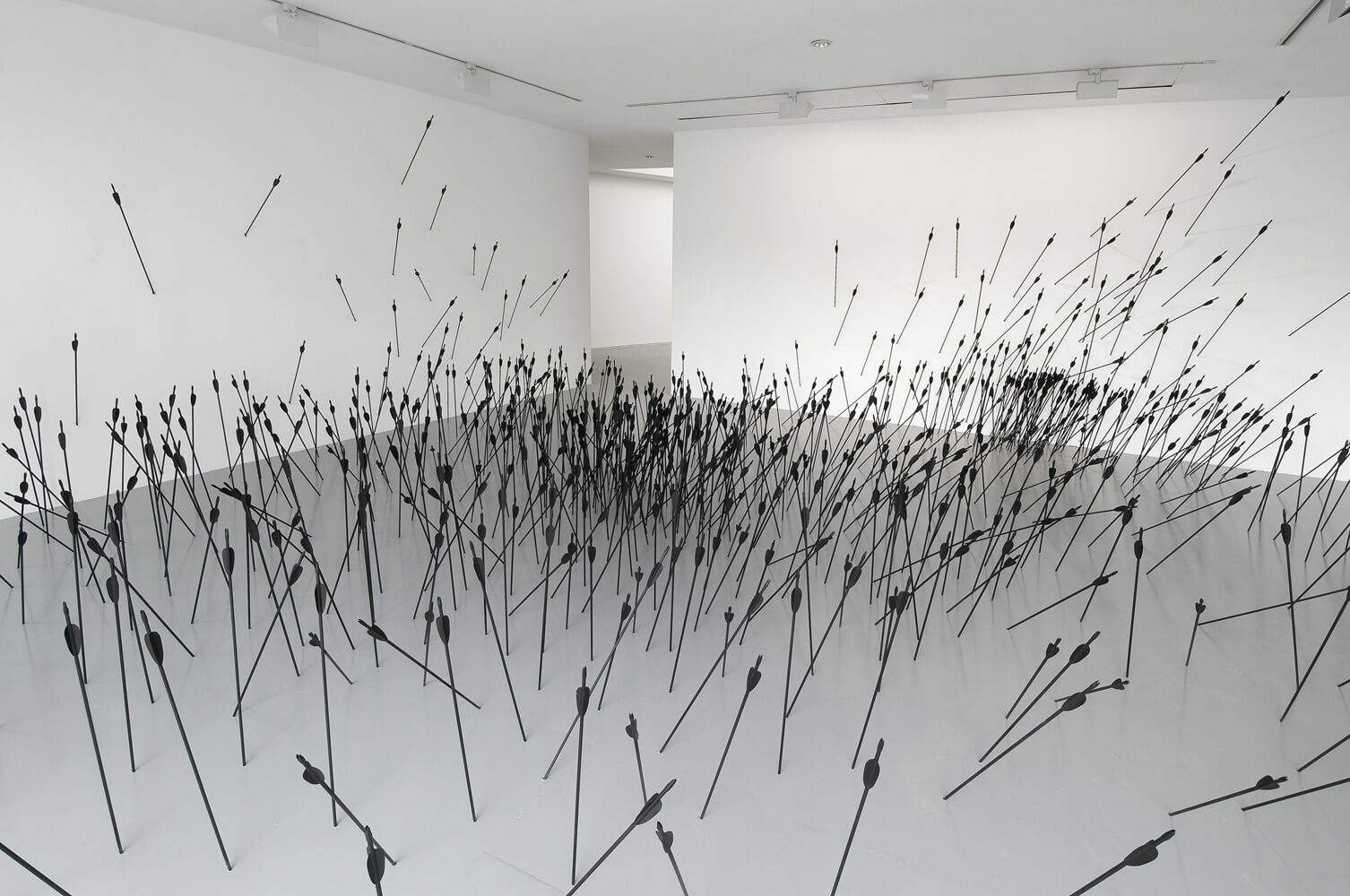 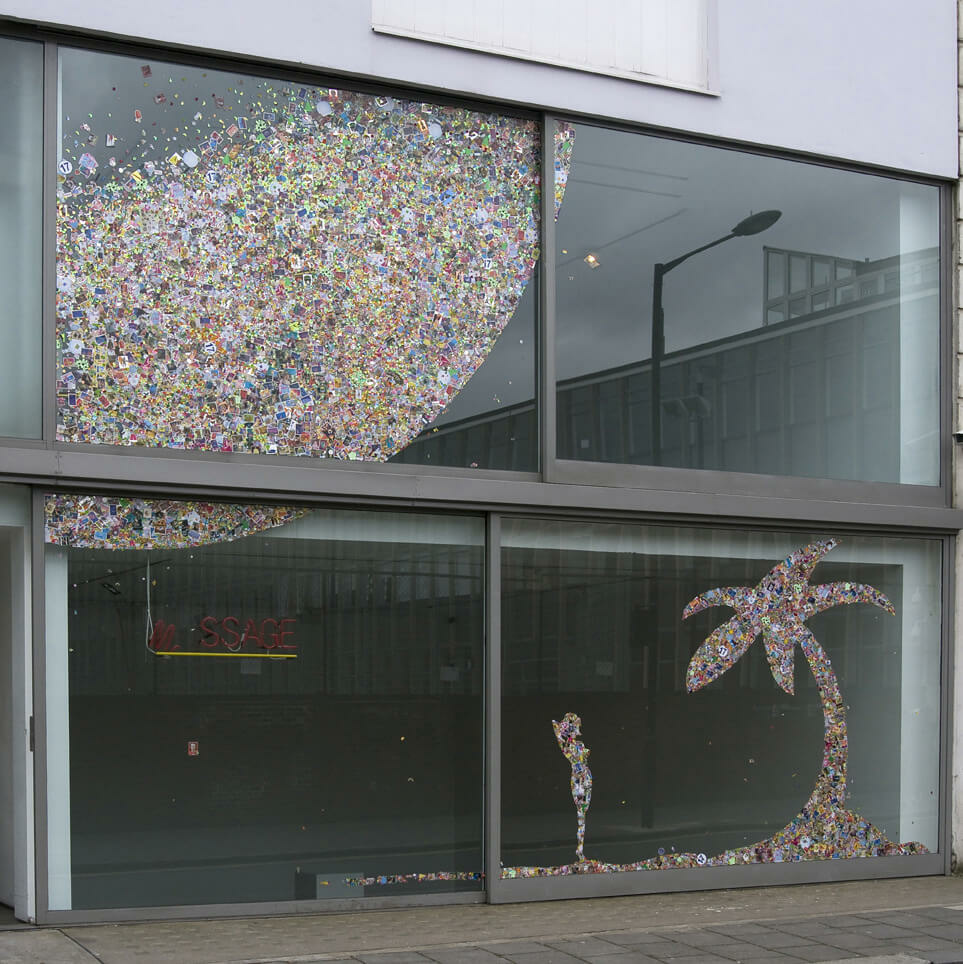 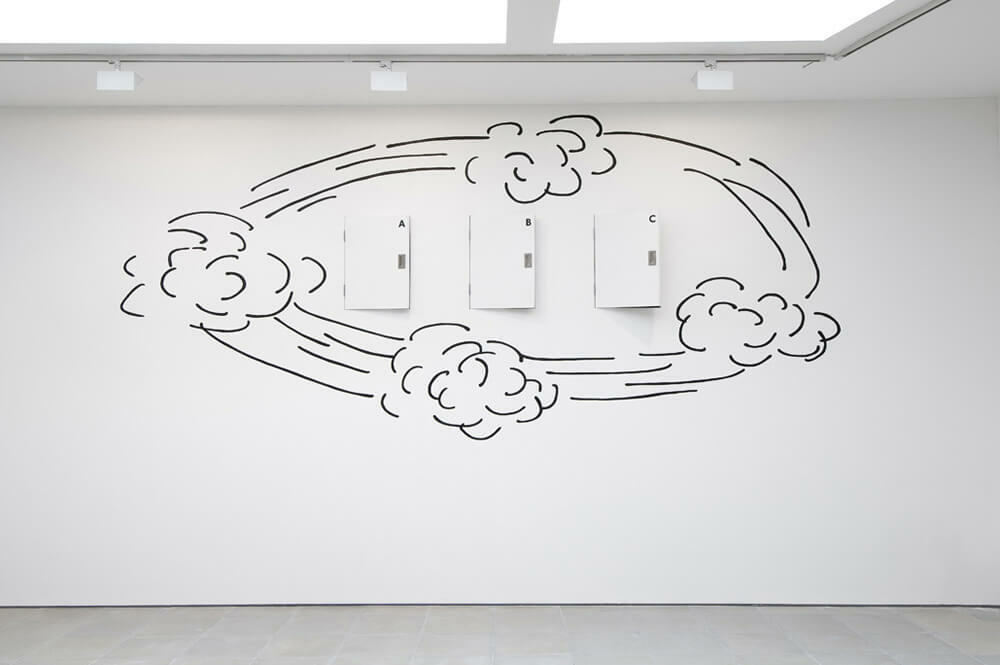 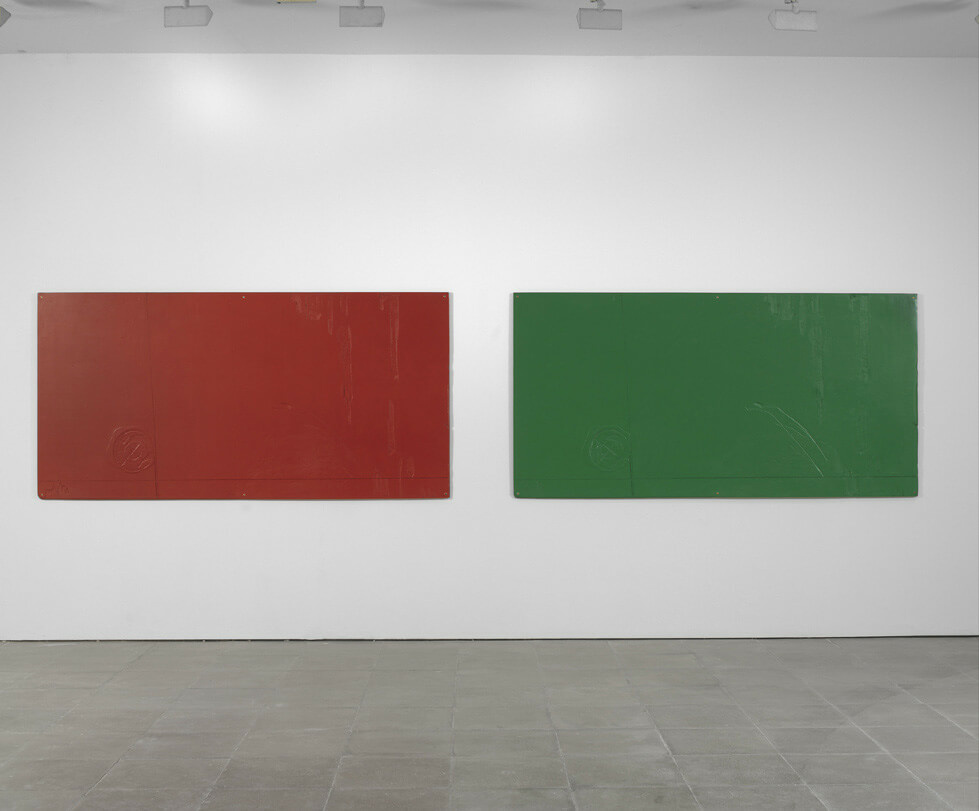 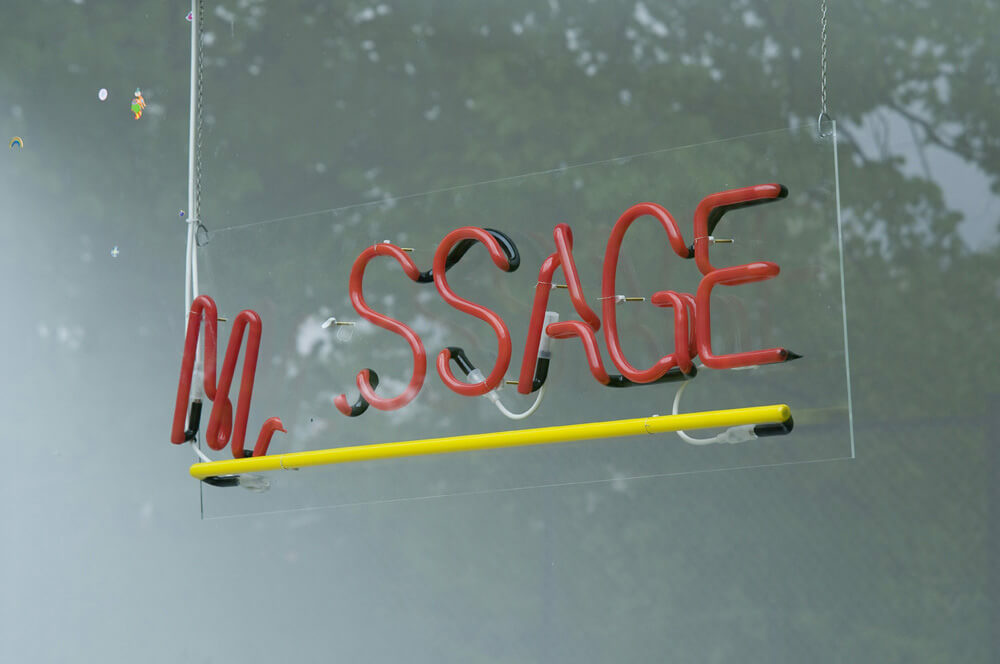 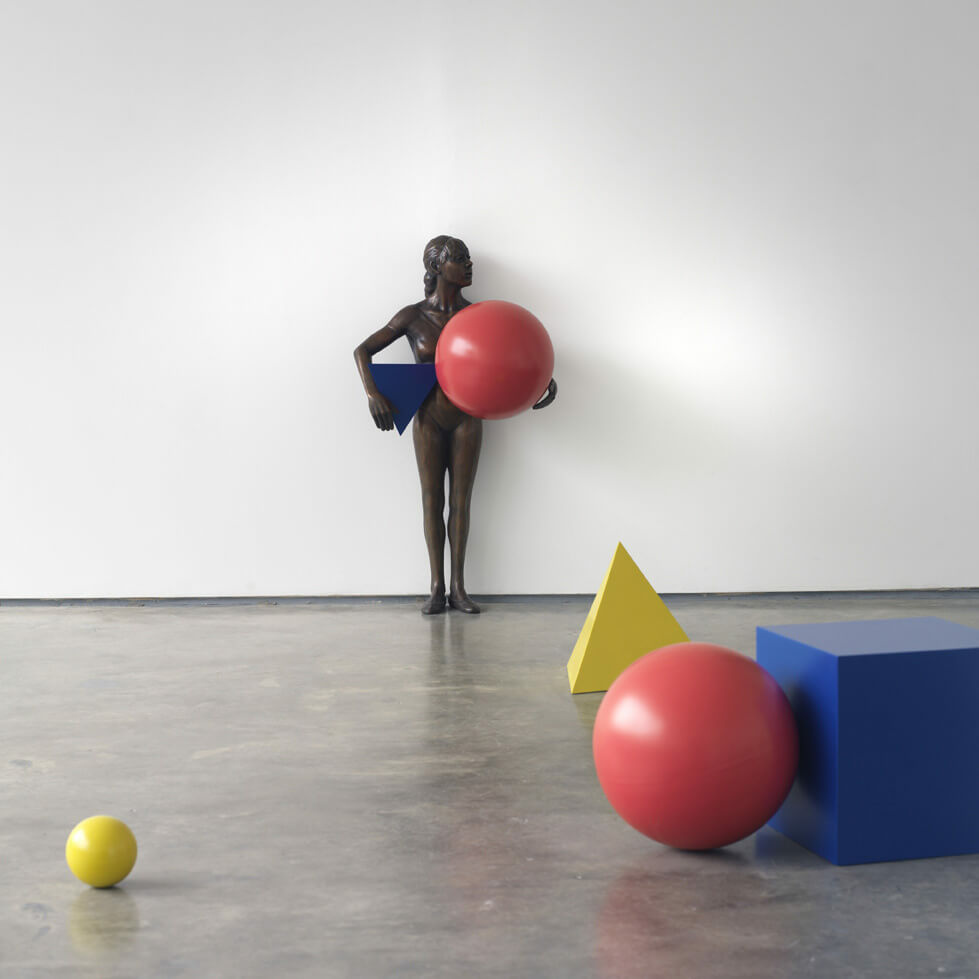 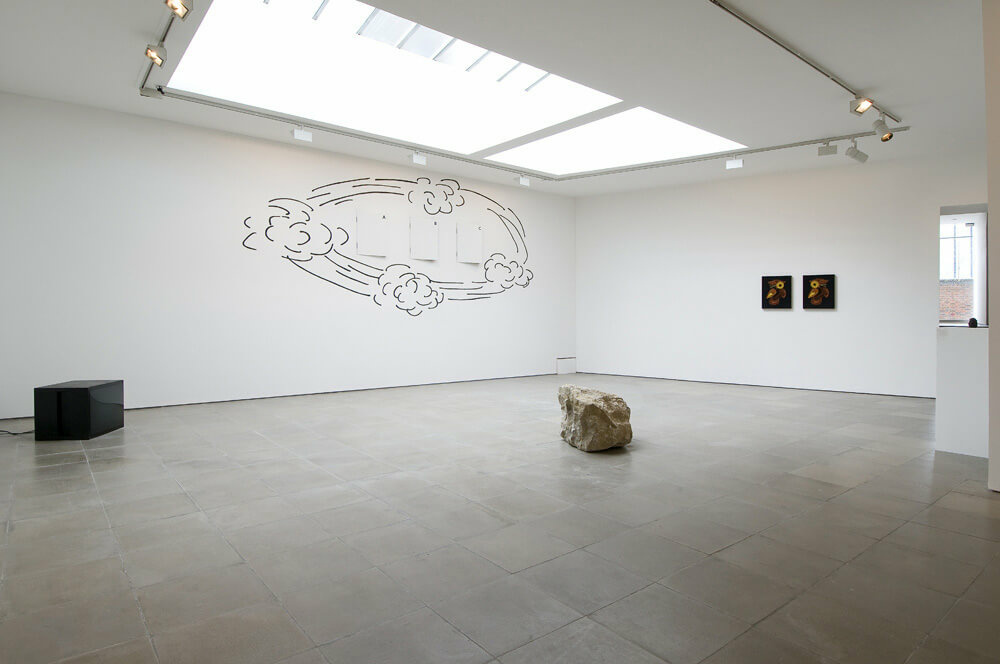 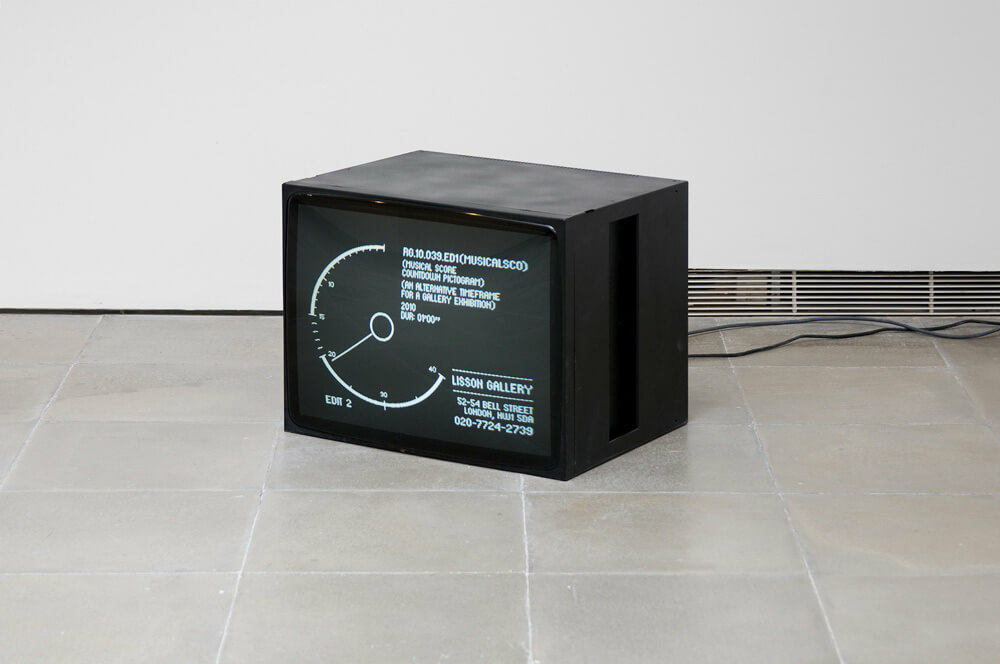 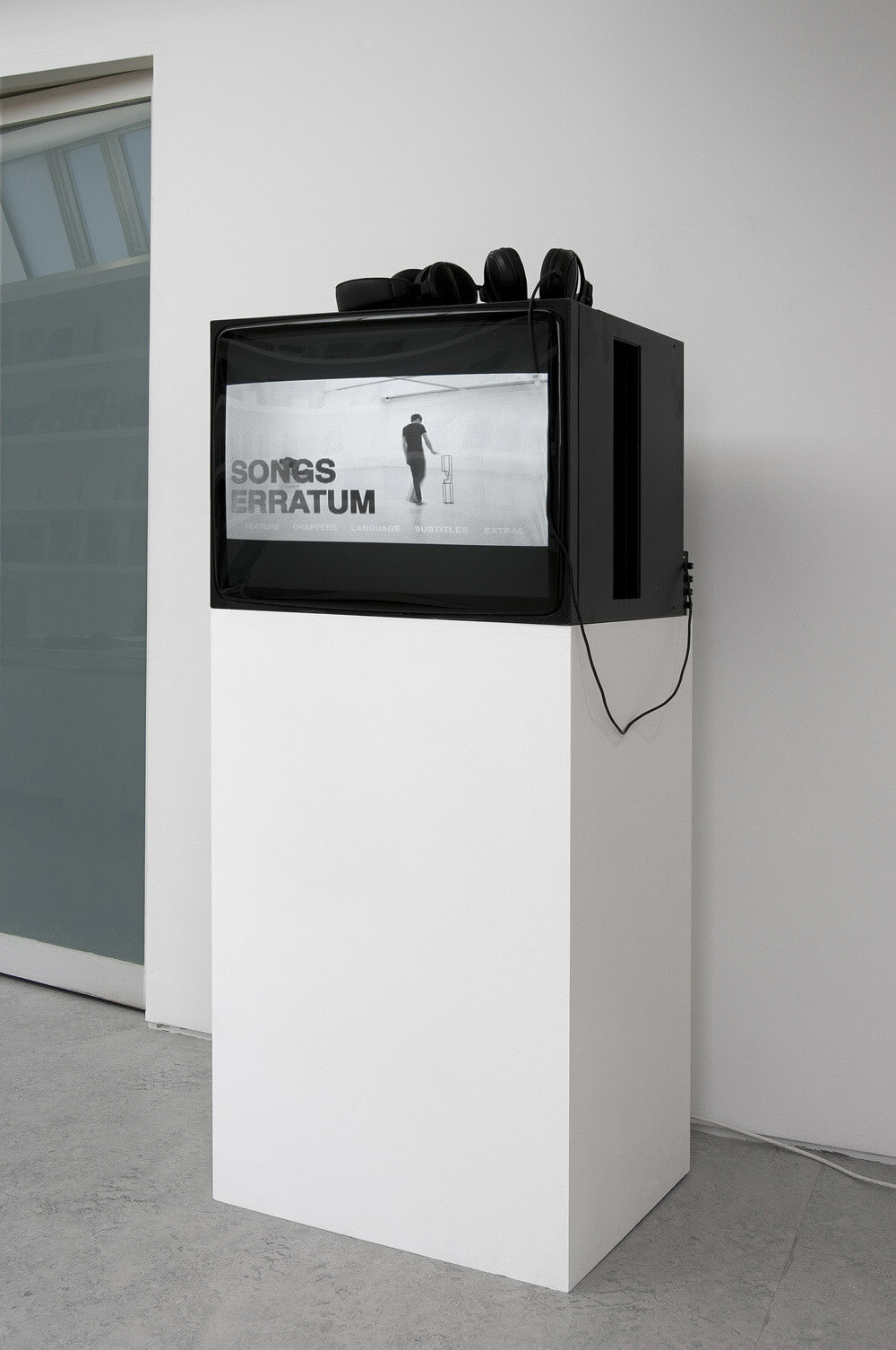