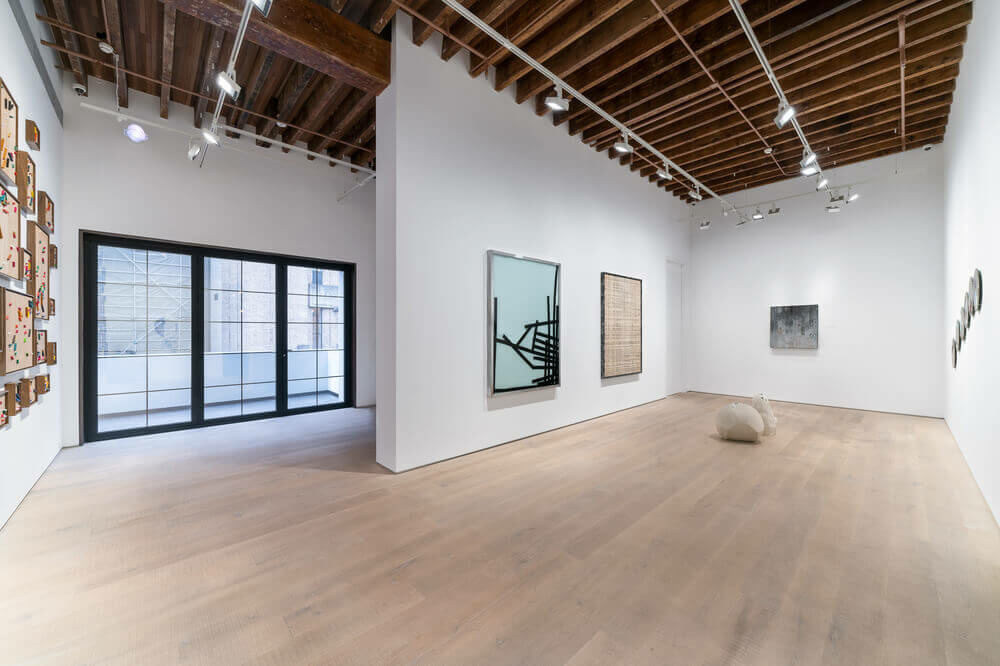 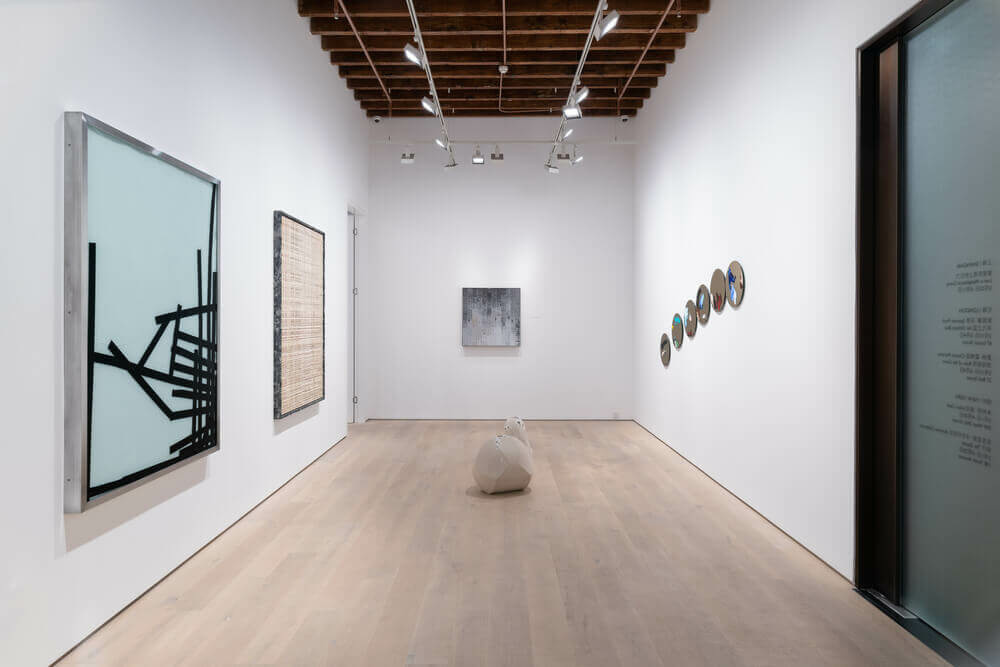 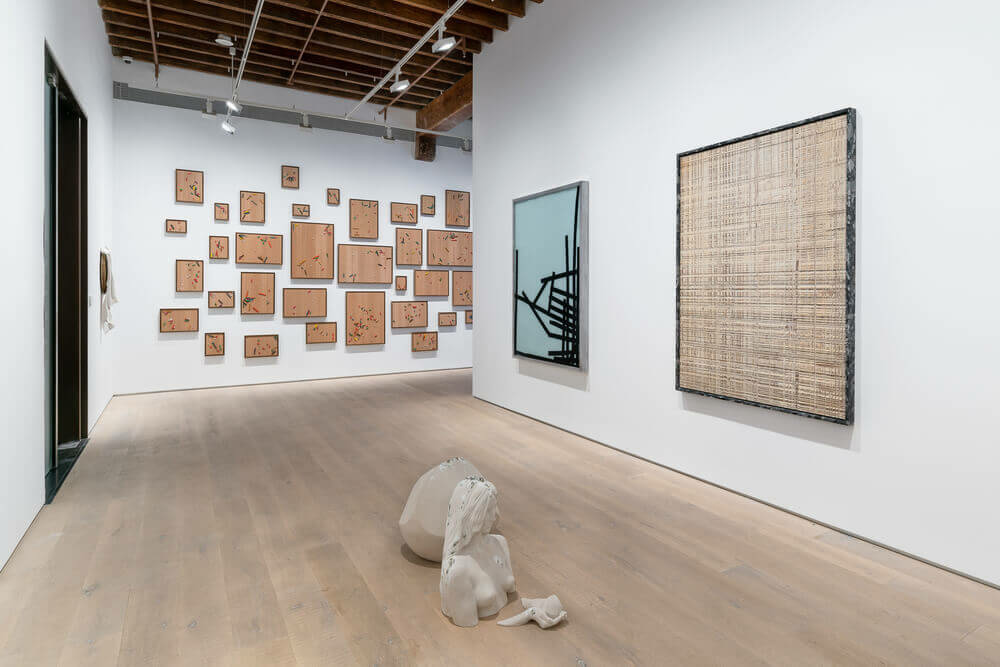 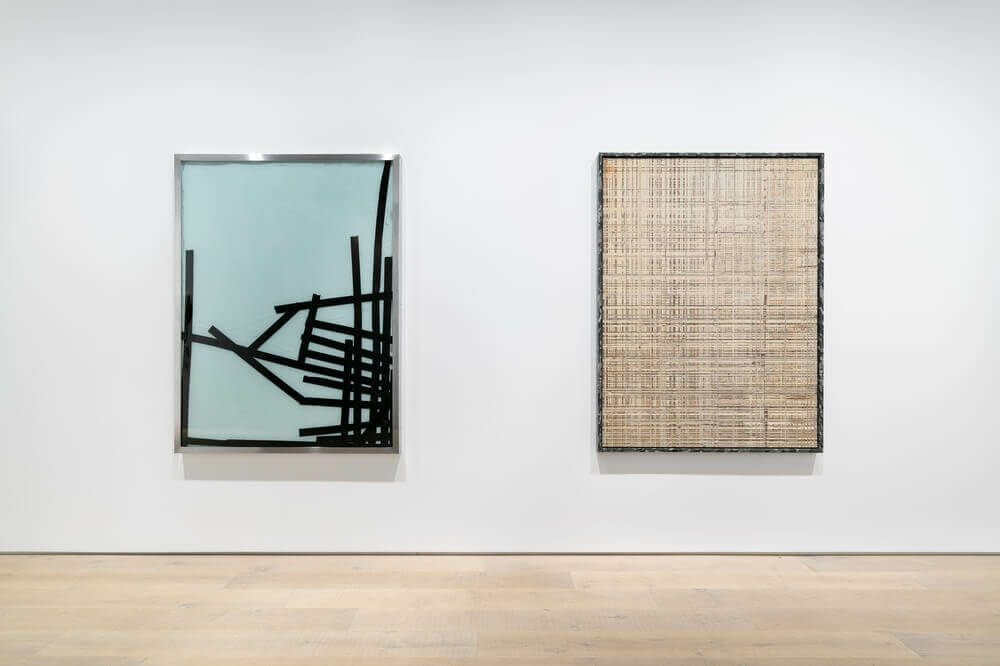 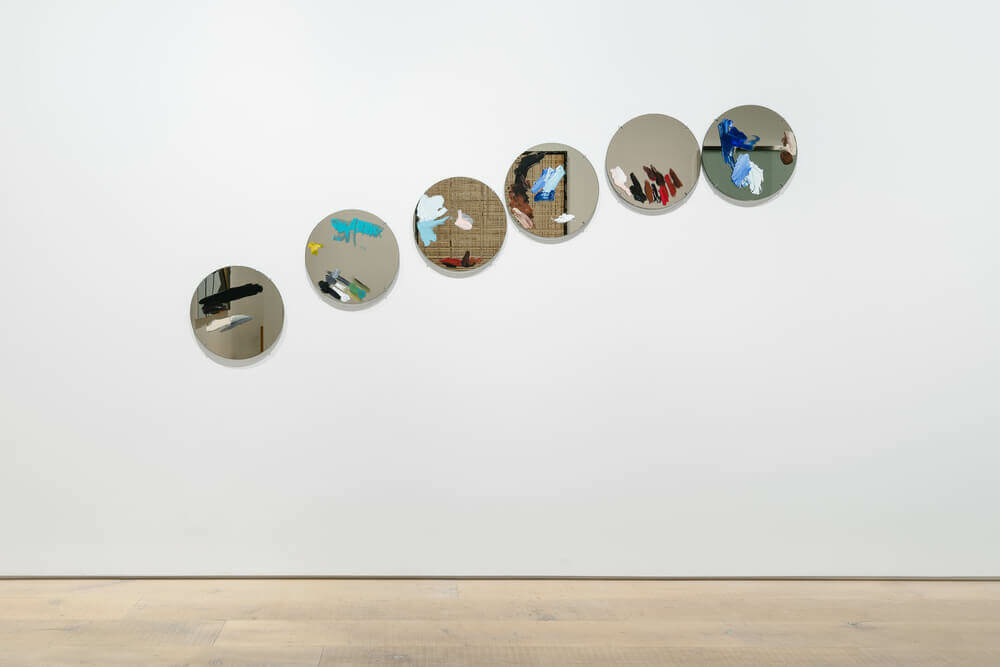 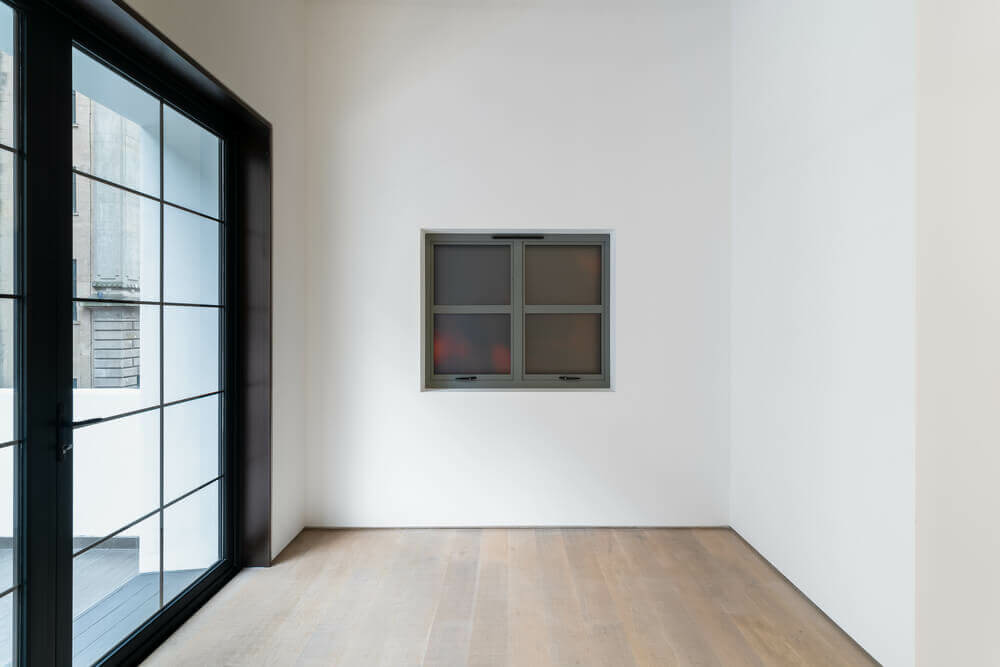 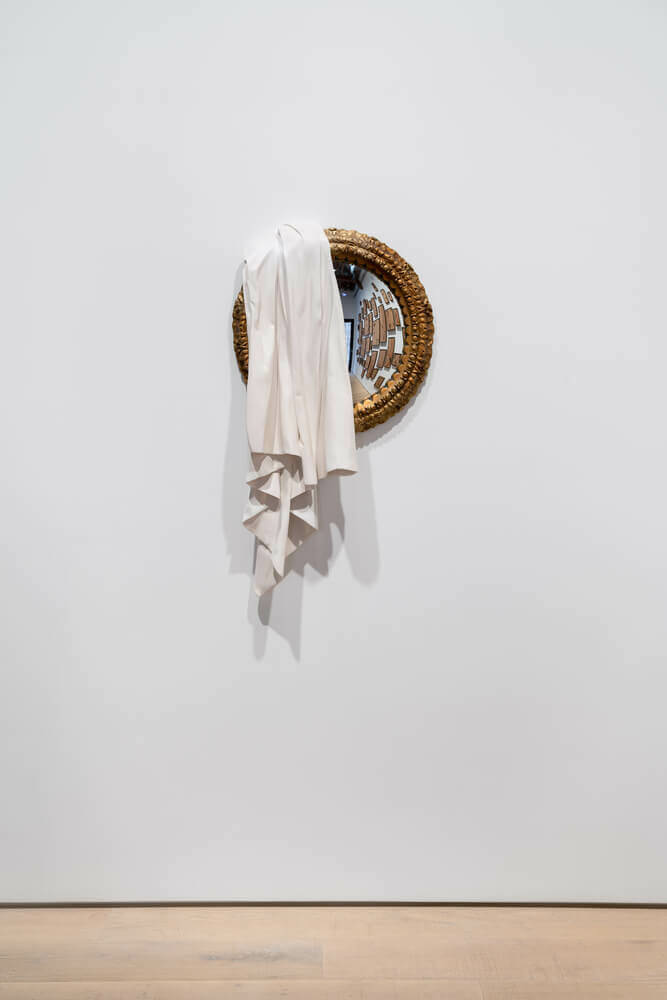 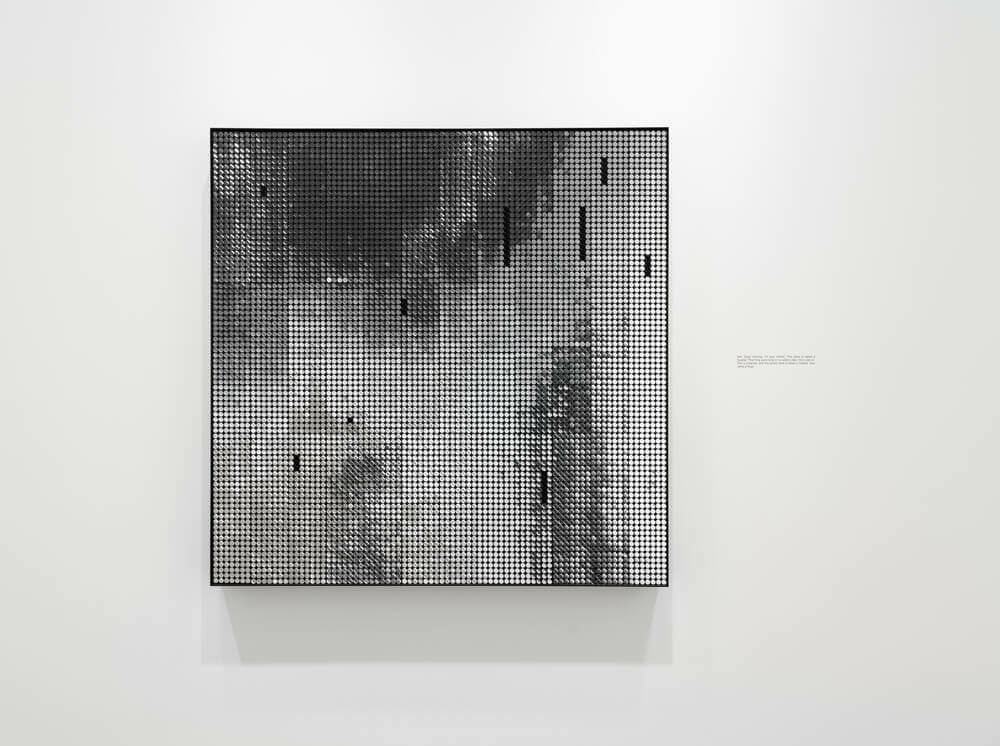 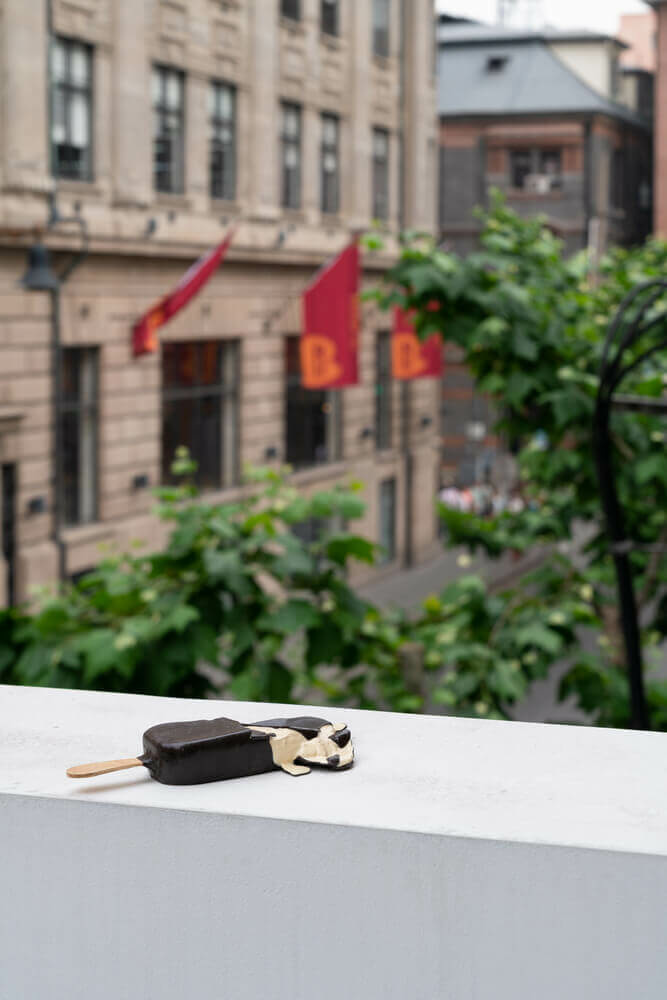 Following a successful exhibition, ‘Human/Non Human/Broken/Non Broken,’ at collector David Chau’s Cc Foundation in 2017, this is Ryan Gander’s second solo show in Shanghai and features work in a variety of media, from time-based animation and a holographic piece, to free-standing sculptures and portrait paintings created since 2016. The exhibition’s title ‘I see you’re making progress’ reflects Gander’s constantly evolving practice and career trajectory, while the works also display this evolutionary process – from the confines of the artist’s mind and studio, towards the boundless possibilities to learn and develop from the outside world.

A new work from 2019, View from the studio window (8th November 2017), depicts a hazy view of the world outside his workspace as it transitions from day to night throughout a 24-hour cycle. The animated screens behind the frosted glass approximate the exact light conditions and changing weather of that time and place – not to mention the gently swaying silhouettes of trees and the shadow of a chain link fence – all now transposed, seemingly impossibly, to an interior-facing gallery wall in Shanghai. Another windowpane appears in this show, this time one that has been white-washed and smashed, obscuring a hidden artwork never to be revealed, while also creating a new visceral abstract composition through the use of haphazard duct-taping.

As well as gazing out of the window – with all the Romantic notions this inspires, from the paintings of Caspar David Friedrich to Henri Matisse – Gander is also concerned with the missteps, failures and cul-de-sacs of art production: those notorious opponents of progress. A forlorn ice cream sits half smashed on the floor (actually a bronze replica), while a virtual gift, in the shape of a holographic egg wrapped up in a bow, offers a video game prize or bonus power-up that will forever remain impossible to grasp.

The largest work in the show, entitled This is Creative Play, This involves some Risk Taking – Auto Abstraction (2016, pictured above) is made up of 44 individual compositions made using a simple children’s mathematical aid, devised by Maria Montessori, one of the most important educators of the 20th century. Coloured wooden rods, normally used to add, subtract and teach fractions, are here employed as examples of free-associative play, mirroring workshops that Gander has run in schools, or in this case, with his own children.

Collaboration and empathy are also evident in Gander’s on-going series of portraits that he makes of acquaintances, before he discards the paintings and exhibits only the palettes of mixed pigments, as conceptual likenesses of a now forgotten grouping or photograph. The final deterioration of all things is suggested by one of Gander’s recent flip-dot boards – animated signs that continuously generate randomly forming drips that rain down each panel, programmed according to an algorithm set by the artist, again suggesting progress, but only in slow and painful increments.