Ryan Gander: I see straight through you 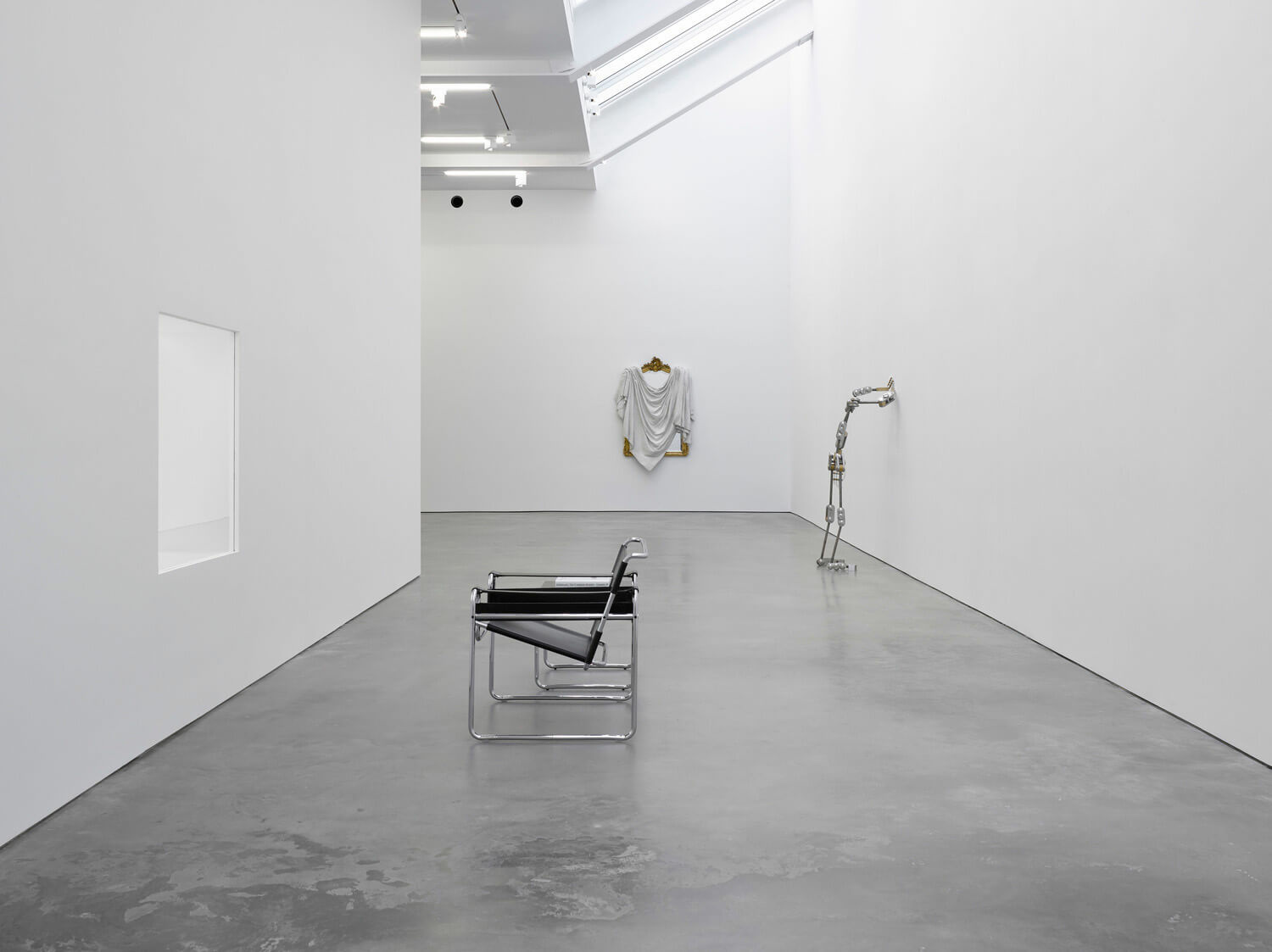 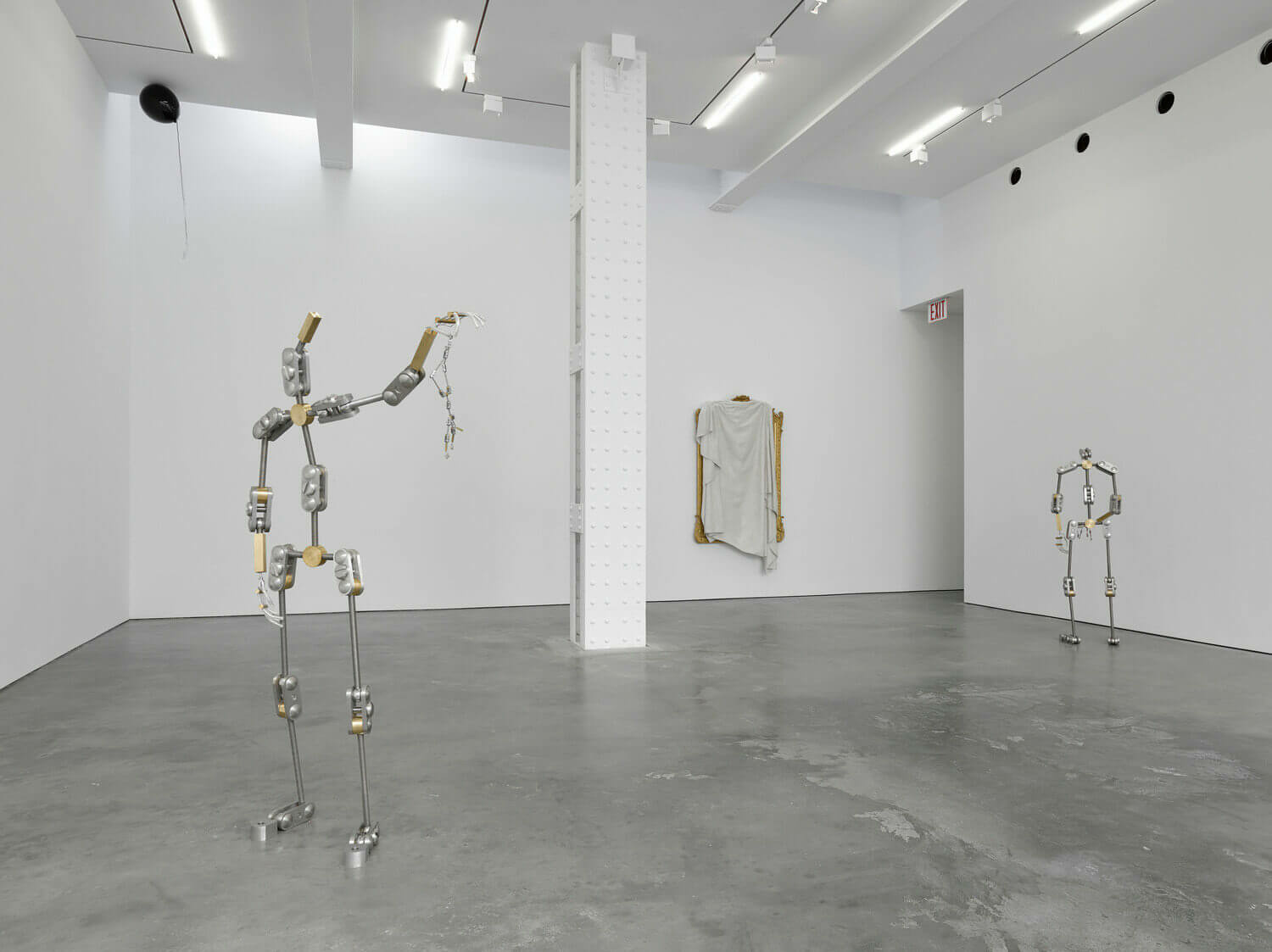 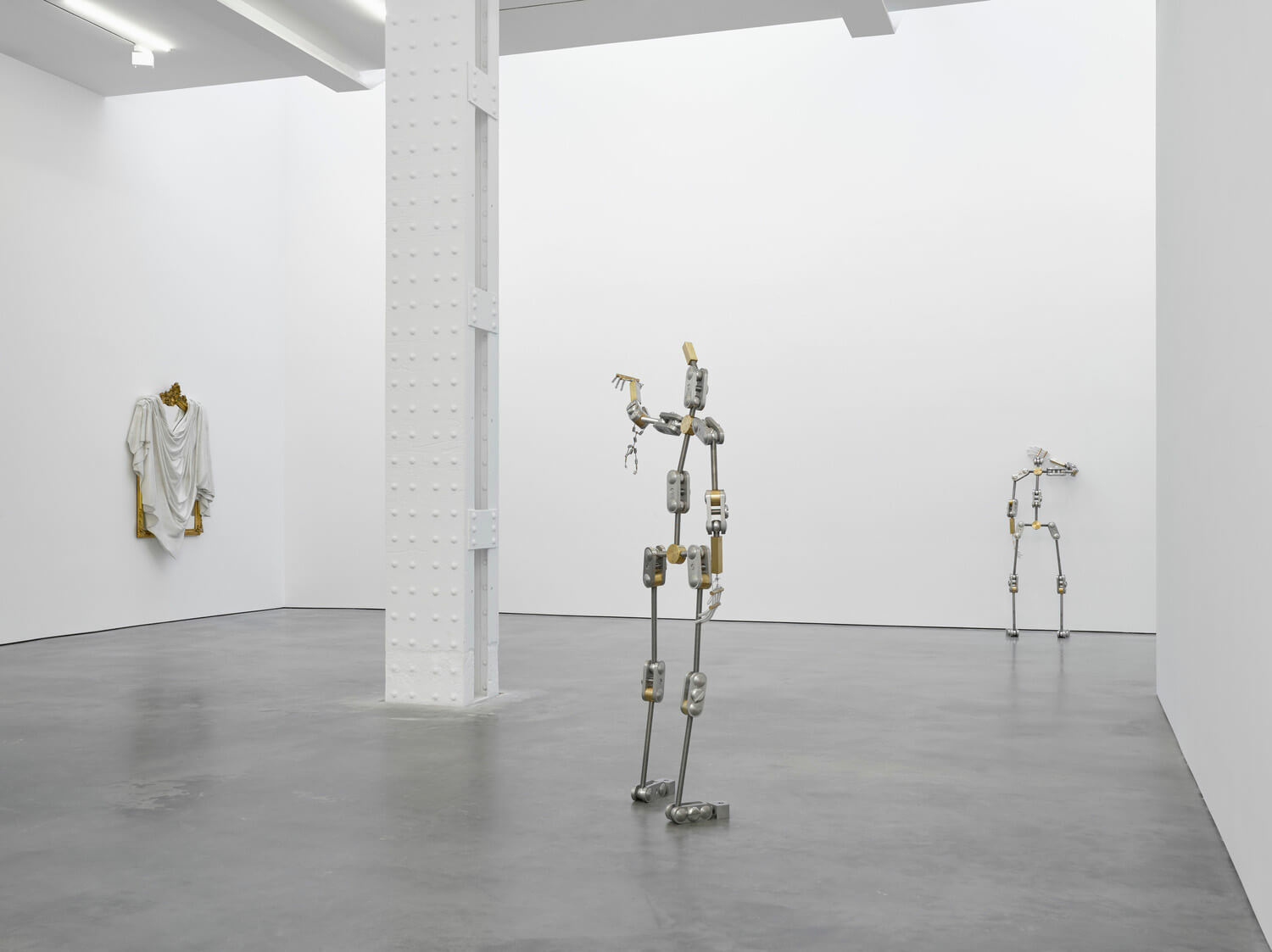 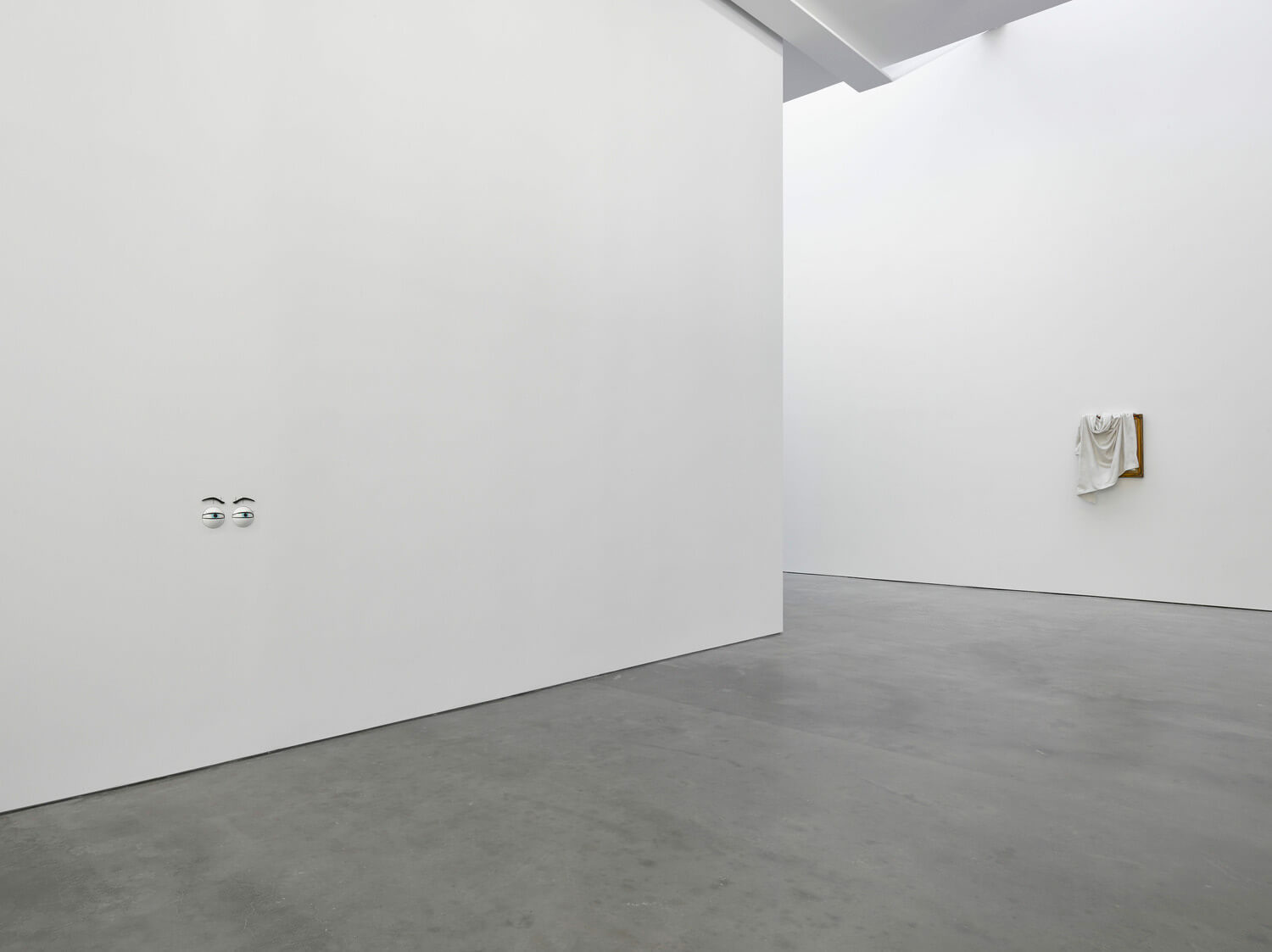 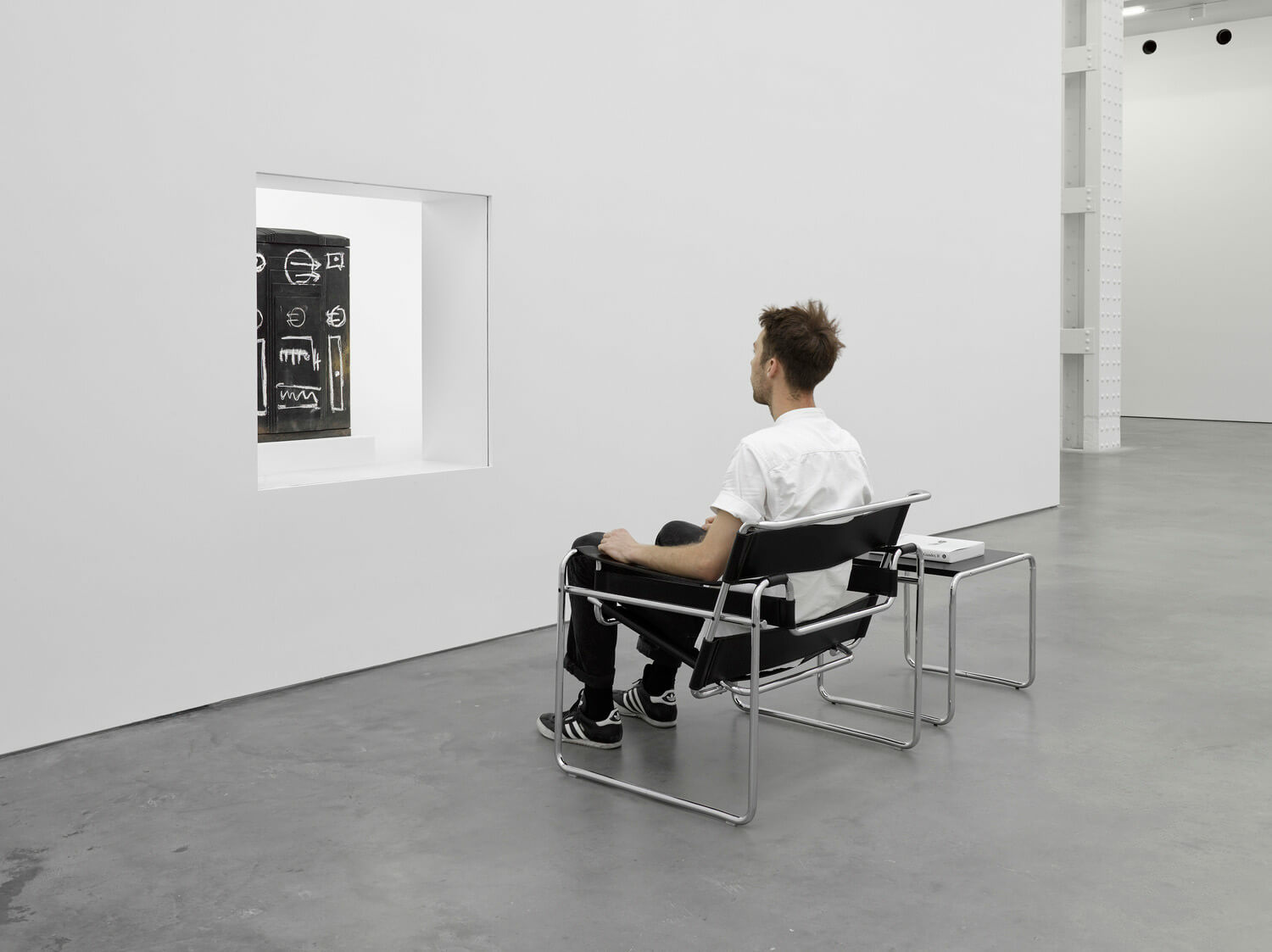 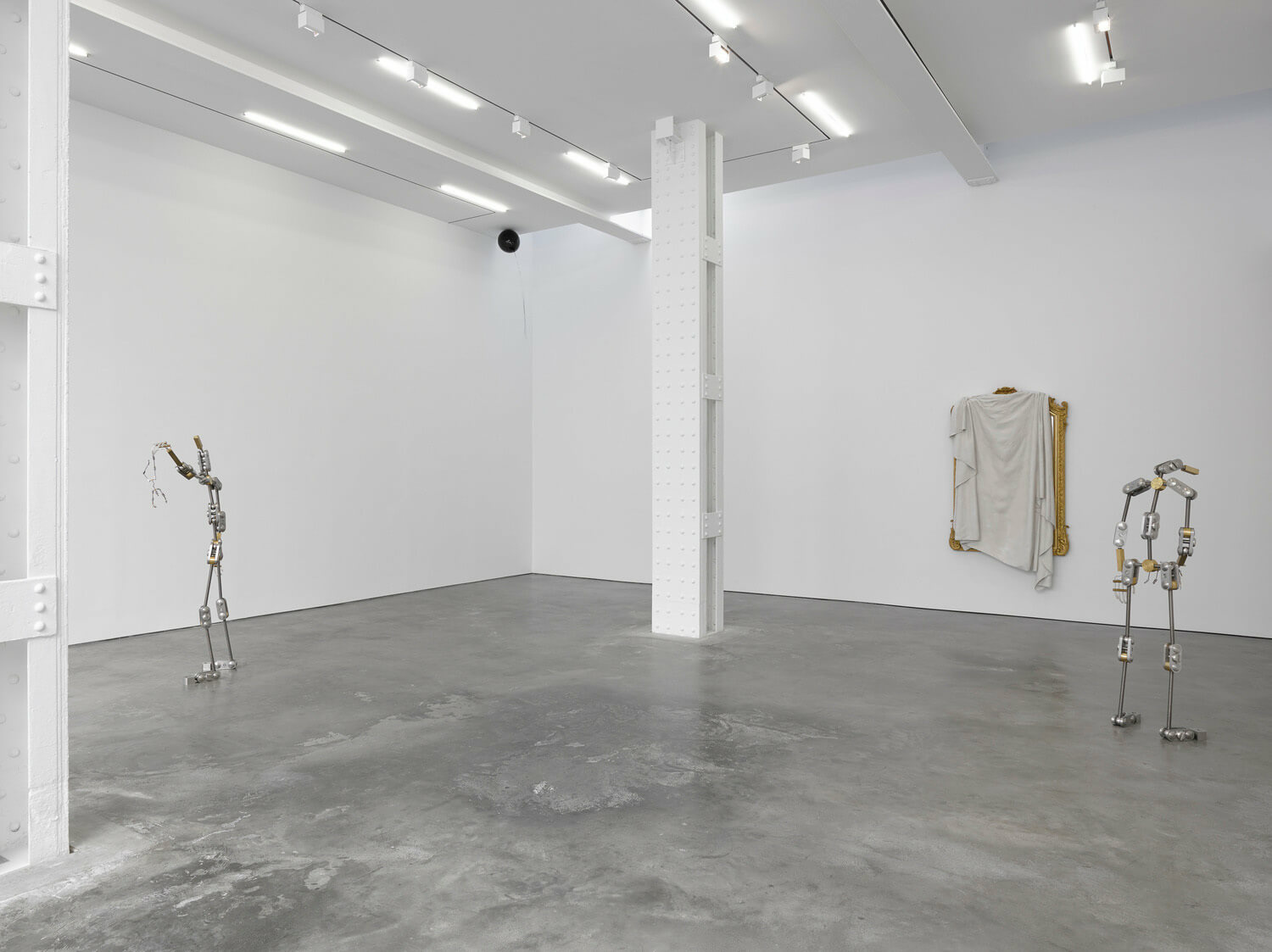 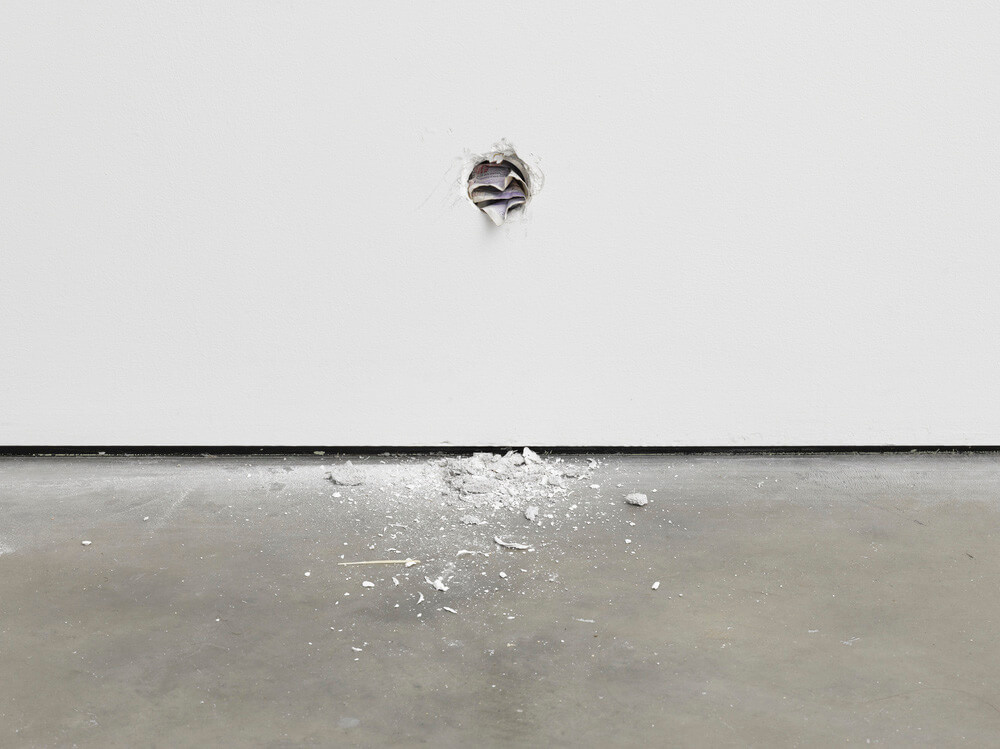 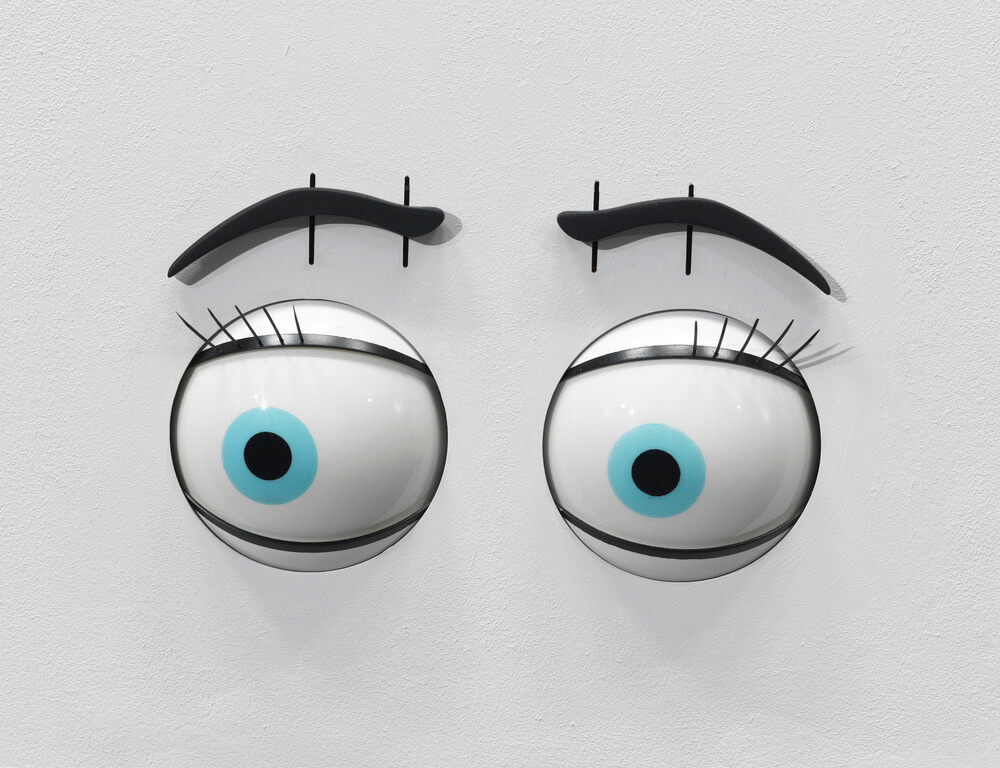 For his first solo exhibition in New York in nearly ten years, British conceptual artist Ryan Gander presents a new body of work that considers the psychology of the body and questions the possibilities and limitations of figuration. A master storyteller, Gander’s complex yet playful practice is characterised by allusion, where focal points are teasingly hidden and meaning is subtly implied.  Stimulated by existential queries and investigations into what-ifs, each one of his artworks acts as a vessel to tell a new story, all collectively fitting into an overarching narrative where fictions and realities collide. Mirrors with no reflection, bodiless eyes, faceless men and a self-portrait in constant motion combine to reflect Gander’s interest in the dialectics of self-awareness and the barriers to understanding.

Flirtatious, cartoonish eyes follow visitors around the exhibition. Embedded not on a face but a blank wall, the eyes are animatronic, connected to motion sensors activated by movement in the room. With long, seductive lashes and coyly raised eyebrows, the work is the female counterpart to Gander’s Magnus Opus (2013), one of the artist’s most popular works to date. Dominae Illud Opus Populare (2016), on show at Lisson Gallery for the first time, has been programmed to generate every expression that can be registered through one’s eyes, from boredom and worry to curiosity and surprise. Expression is further explored through a new series of sculptures: life-size armatures of artist models in dramatic postures, arranged strategically within the gallery’s expansive exhibition space. Positioned in a number of evocative gestures – one redundantly and despondently sitting alone, another holding a broken and limp model of itself – the works convey a range of melancholic emotions through limbs alone. Faces are brass rectangles, purposefully blank to illustrate the possibility of gesture as a form of emotion.

Motifs of sight and visibility appear in a series of recent sculptures by the artist that consist of stately mirrors over which marble dust sheets have been draped. With reflections obscured from view, the works’ impenetrability frustrates viewers and starkly reveals the barriers inherent to self-realisation. A walled-off installation, housed within a purpose-built space at the centre of the gallery, contains different objects that glide momentarily past on a moving conveyor belt. Visible only through a small aperture on the wall, the work expands on Gander’s ambitious project Fieldwork, adding 32 new items that have been crafted or drawn from the artist’s personal collection. The installation acts as a self-portrait, showcasing the internal workings of the artist’s mind, and is accompanied by a book that includes descriptive entries and essays on the phenomenology of each object that has appeared in both presentations of the work.

Gander’s exhibition at Lisson Gallery follows recent presentations of his touring exhibition ‘Make every show like it’s your last’ at the Aspen Art Museum in Colorado and Muséed'art Contemporain de Montréal in Canada. Gander participated in Performa 15, where he presented Earnest Hawker, a performance piece that saw the artist assume the persona of his imagined future self. He has most recently curated the Arts Council Collection, the UK’s most widely seen collection of modern and contemporary art with nearly 8,000 works by over 2,000 artists, for the group exhibition ‘Night in the Museum’, which will be on view at the Longside Gallery at Yorkshire Sculpture Park in Wakefield, England from 16 July until 16 October 2016.