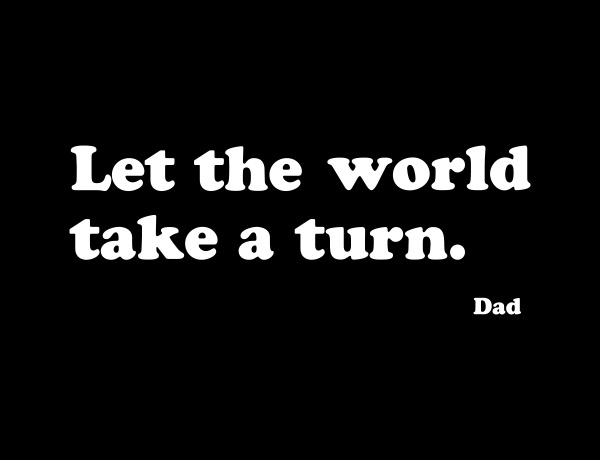 A cube made entirely of flip-dot panels, like those formerly found in public transportation timetables, hangs from the front ceiling of 67 Lisson Street. Analogous to a massive clock, the large-scale installation measures time in an abstract way, showing its passage both audibly and visibly. Different tears of coloured dots rain down each panel, programmed according to an algorithm set by the artist. The clicking sound of the dots is accompanied by Gander’s voice, telling autobiographic stories that are at once humorous and melancholic. Each story hints at the destruction that surrounds us, shadowed by an overarching sense of anxiety and loss, although not without a touch of the artist’s usual hope and playfulness. The texts, which include a series of poems and essays, will be transcribed on the back of a poster, with the quote by Gander’s father on the front, the first 100 of which will be given away through a social media competition announced on the artist’s Instagram page (@ryanjgander).

Gander activates the gallery completely by the passage of time, with the entire front spaces turned into a giant architectural hourglass, fully visible from the façade of the building off 52 Bell Street. At the start of the exhibition, the top half of the gallery will be filled with black sand, cascading down to the ground floor below. As the sand trickles through the floor, it reveals a series of stone sculptures – mythological nymphs like those found in classical Victorian paintings, rendered in 3D with precise replications of figurative poses, albeit removed from their original context and altered by their new surroundings – all the while slowly covering up the sculptural realisation of a Gömböc on the ground floor. An ancient problem first conjectured by Russian mathematician Vladimir Arnold and later proved by the Hungarian scientist Gábor Domokos, these convex objects have countless varieties but hold in common a simple mathematical equation: when resting on a flat surface, each Gömböc has one stable and one unstable point of equilibrium, adjusting to find balance in its own instability. From a mathematical point of view, the Gömböc can be regarded as the origin of all shapes: all other form types can be evolved from the Gömböc by a man-made algorithm. From the point of view of natural philosophy, as well as a broader sociological perspective, an opposing interpretation emerges: the Gömböc represents the ultimate though unattainable goal of shape evolution in the non-living world. It represents both the starting point of life and the deterioration of all things. Here one can see and experience the moment of time elapsing. The presence of the Gömböc in the context of Gander’s installation alludes to both the search for balance in a mathematical sense but also for the redress of imbalance and mass inequality on a global scale.

The relationship between Gömböcs and spheres is further explored in an oversized snow globe, nearly one metre in diameter, in constant motion with blurred visibility – a snow globe that never stops snowing. Snowfall itself is a temporal marker, a more evanescible sand of time: one wants to know when it will stop snowing and how long it will last before it melts into spring. The work relates to Gander’s participation in the 21st Biennale of Sydney (16 March – 11 June), where he will turn the UNESCO heritage prison Cockatoo Island into a giant, walk-in snow globe. The globe at Lisson will be presented next to a chair designed in the 1920s by Marcel Breuer, flipped on its side, seemingly discarded and removed of any function, with several inches of snowfall cast in marble resin moulded on top.

A new font, titled ‘Set in Stone’ and available to download for free at setinstonetypeface.co.uk, will feature throughout the exhibition. Gander and his daughter often collect stones from a nearby beach in Suffolk, and as part of a lesson in semiotics, they created a new Roman alphabet from the stones and turned it into a typeface. The stones themselves are significant in that amongst the millions of them found on any beach, there is an infinite probability that they exist as Gömböcs. A copy of ‘How to Win Friends and Influence People’ rendered with this font will be available from the desk at reception. 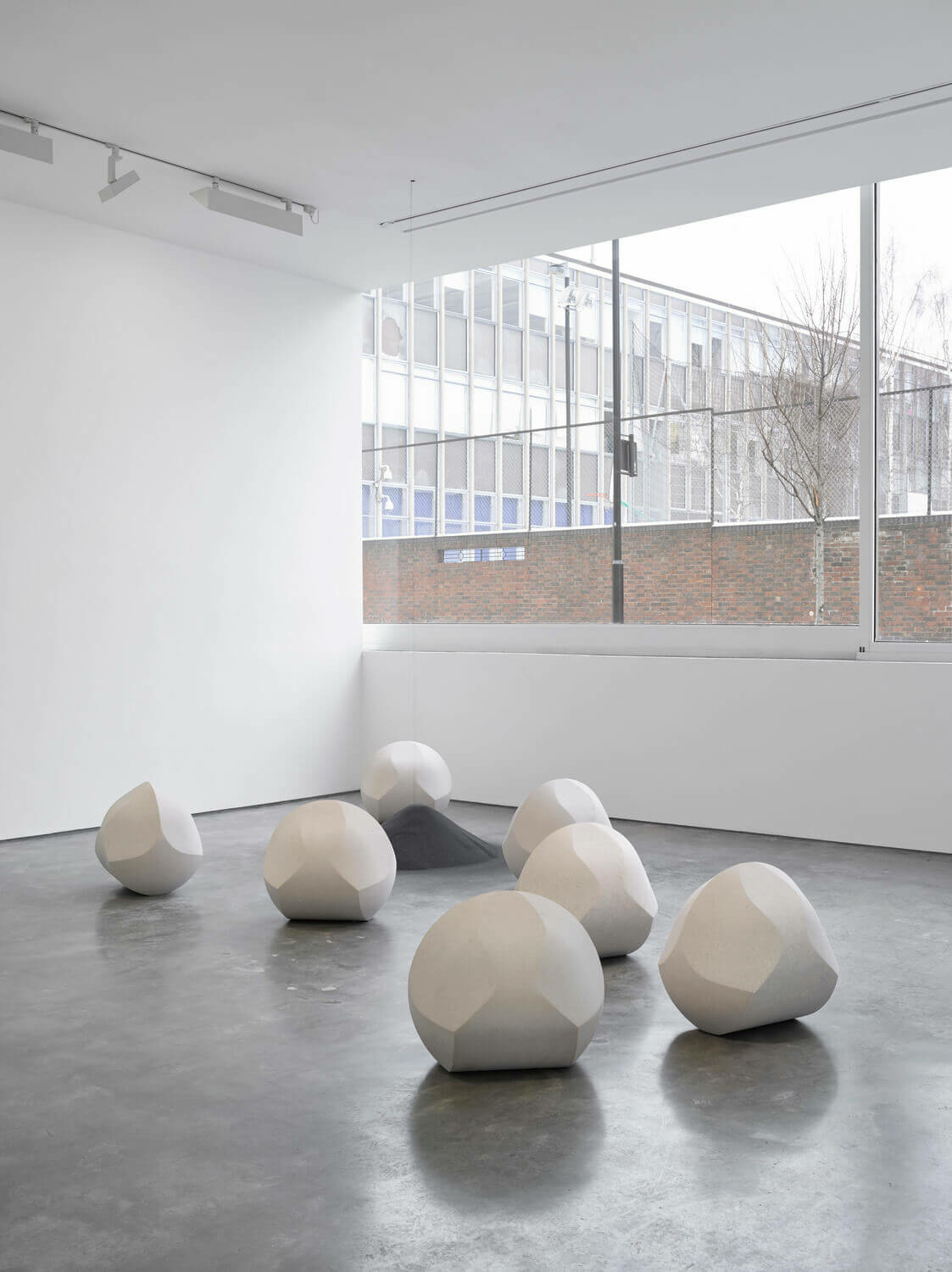 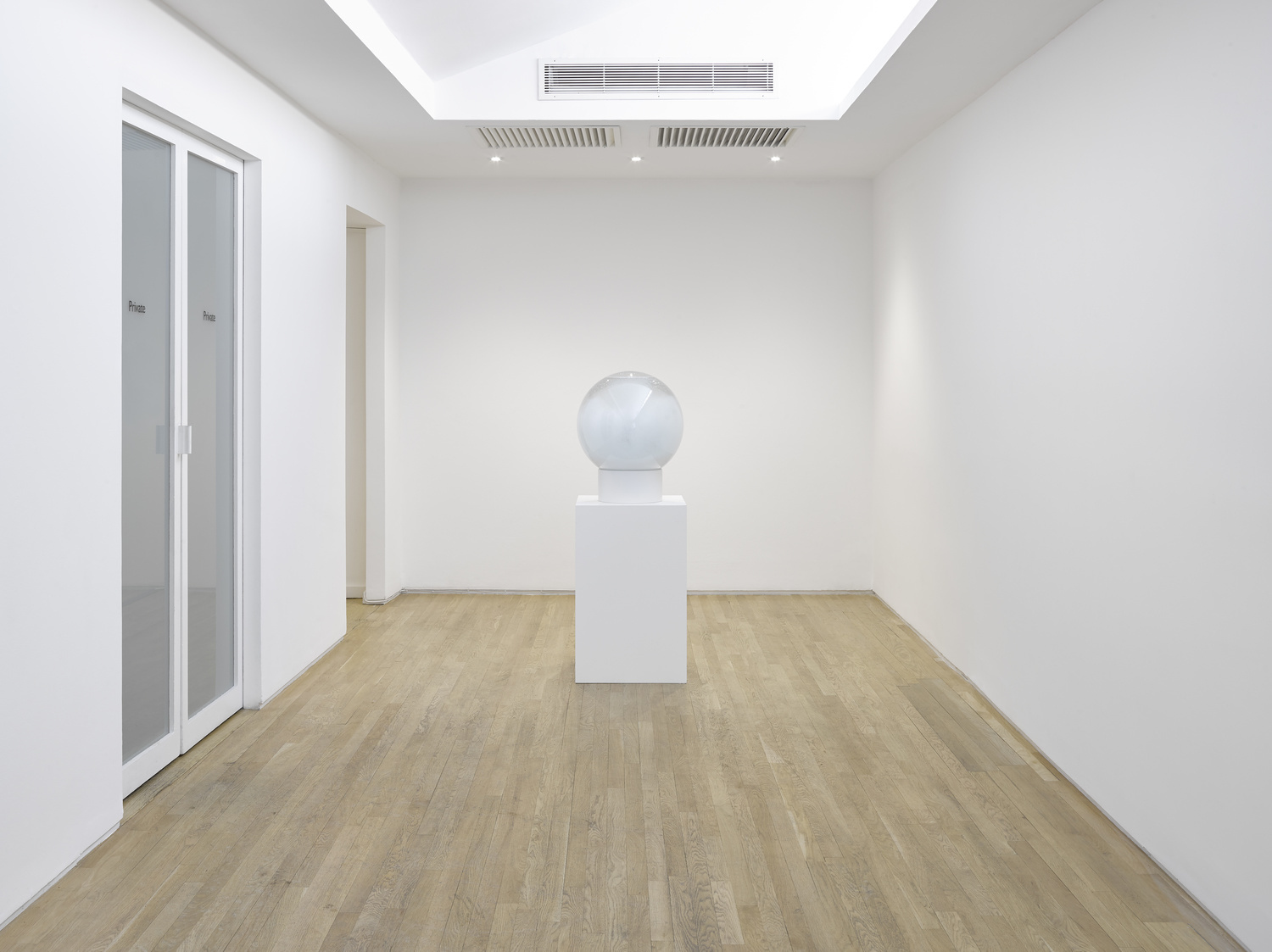 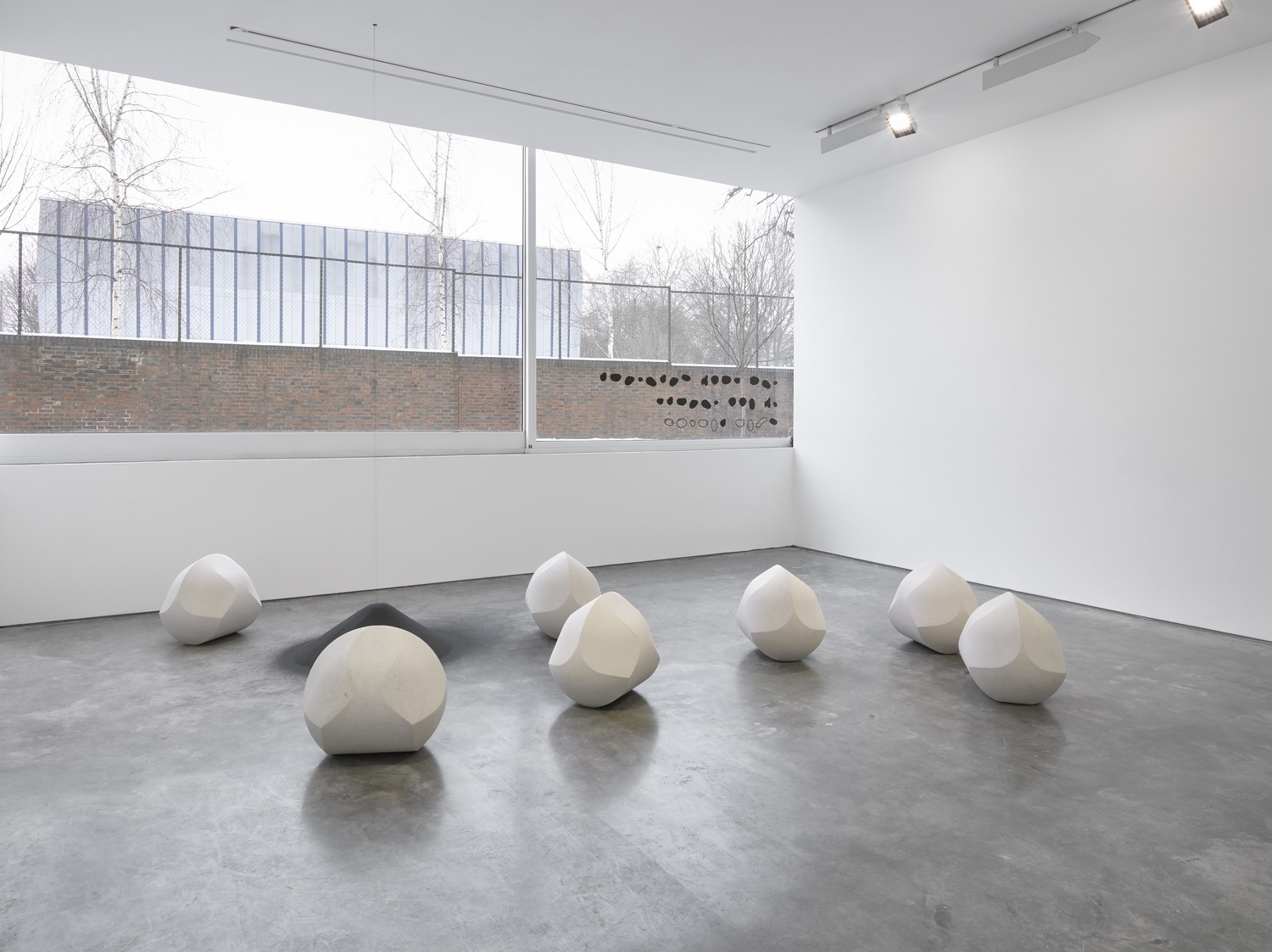 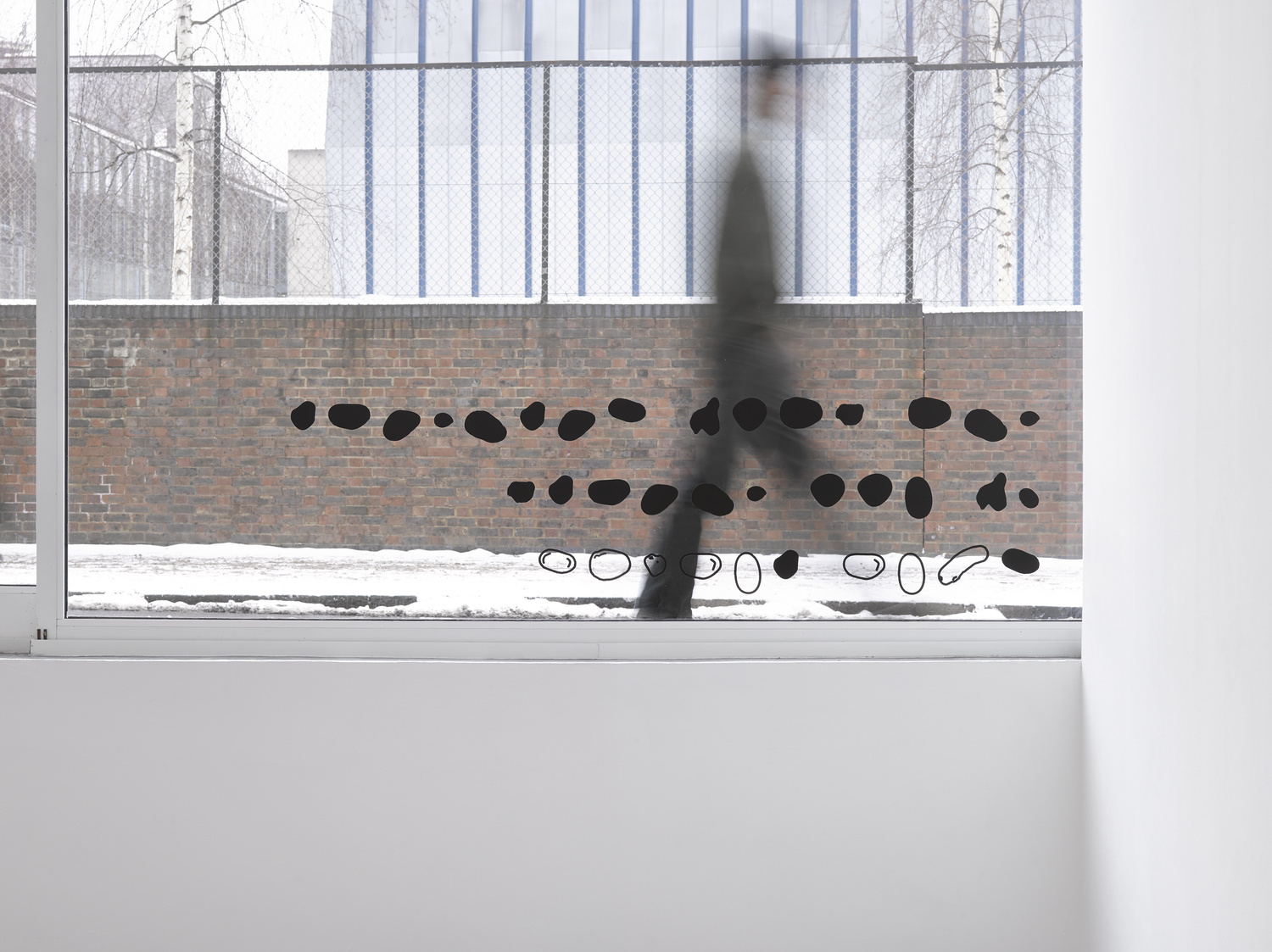 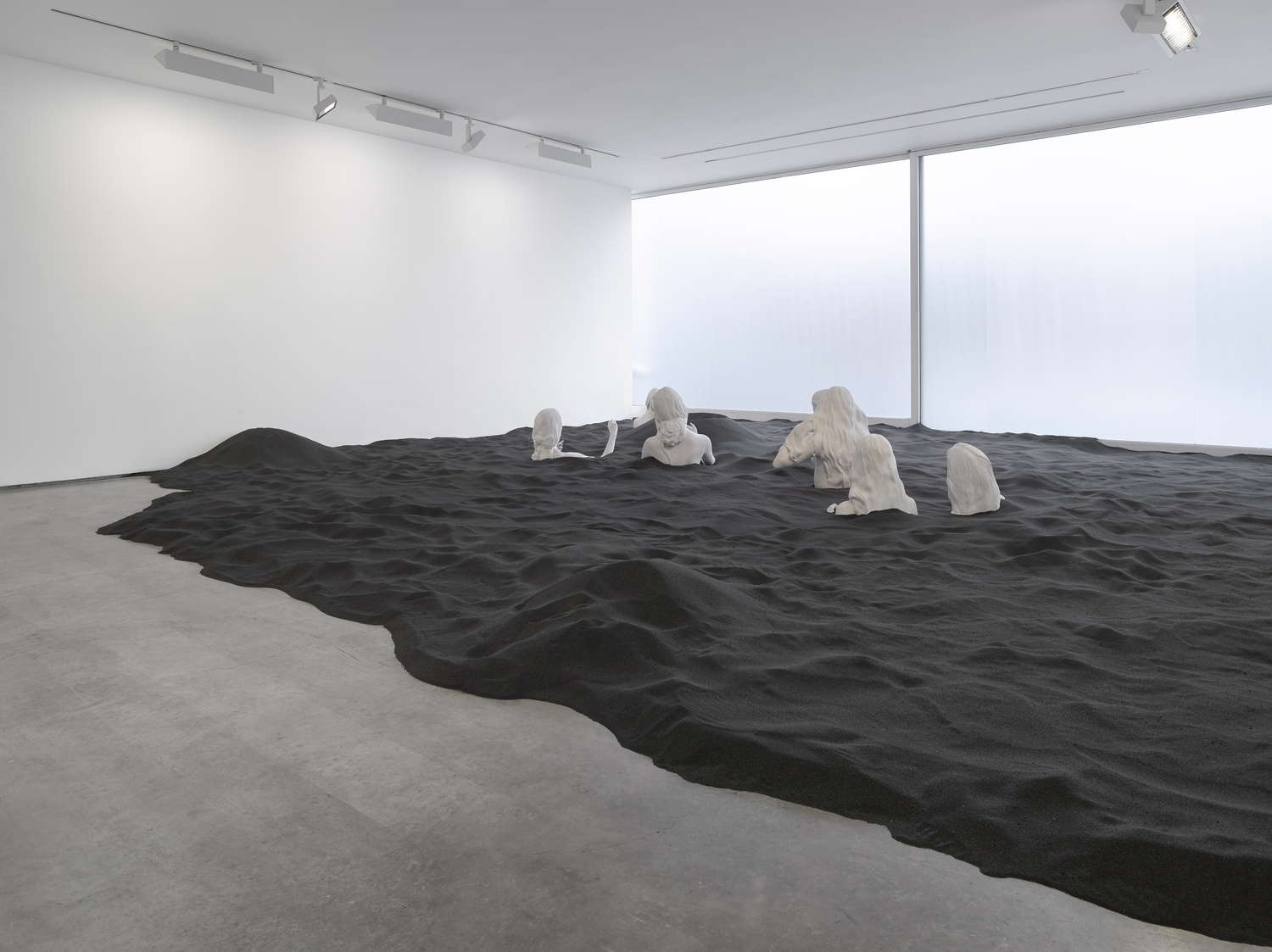 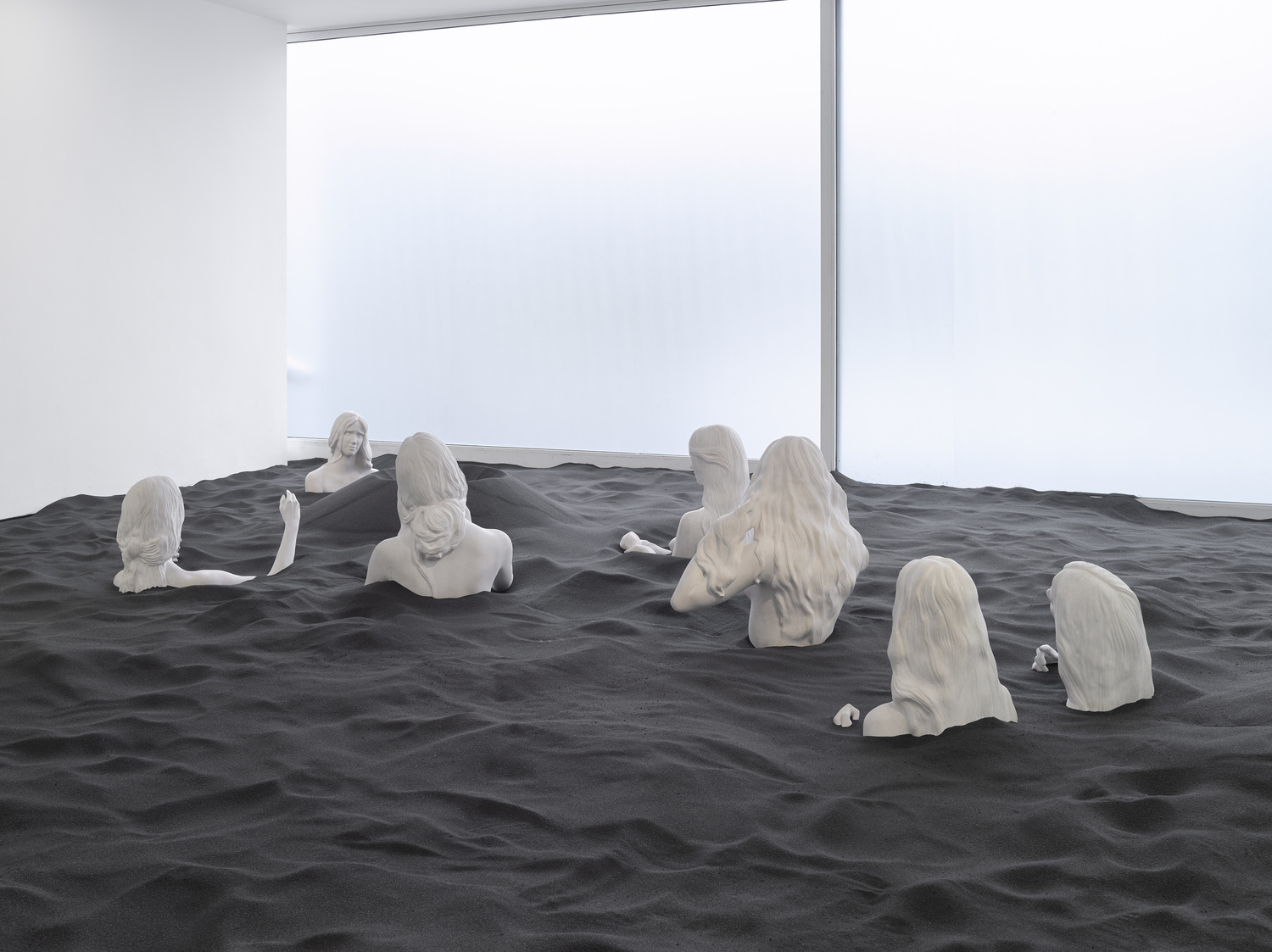 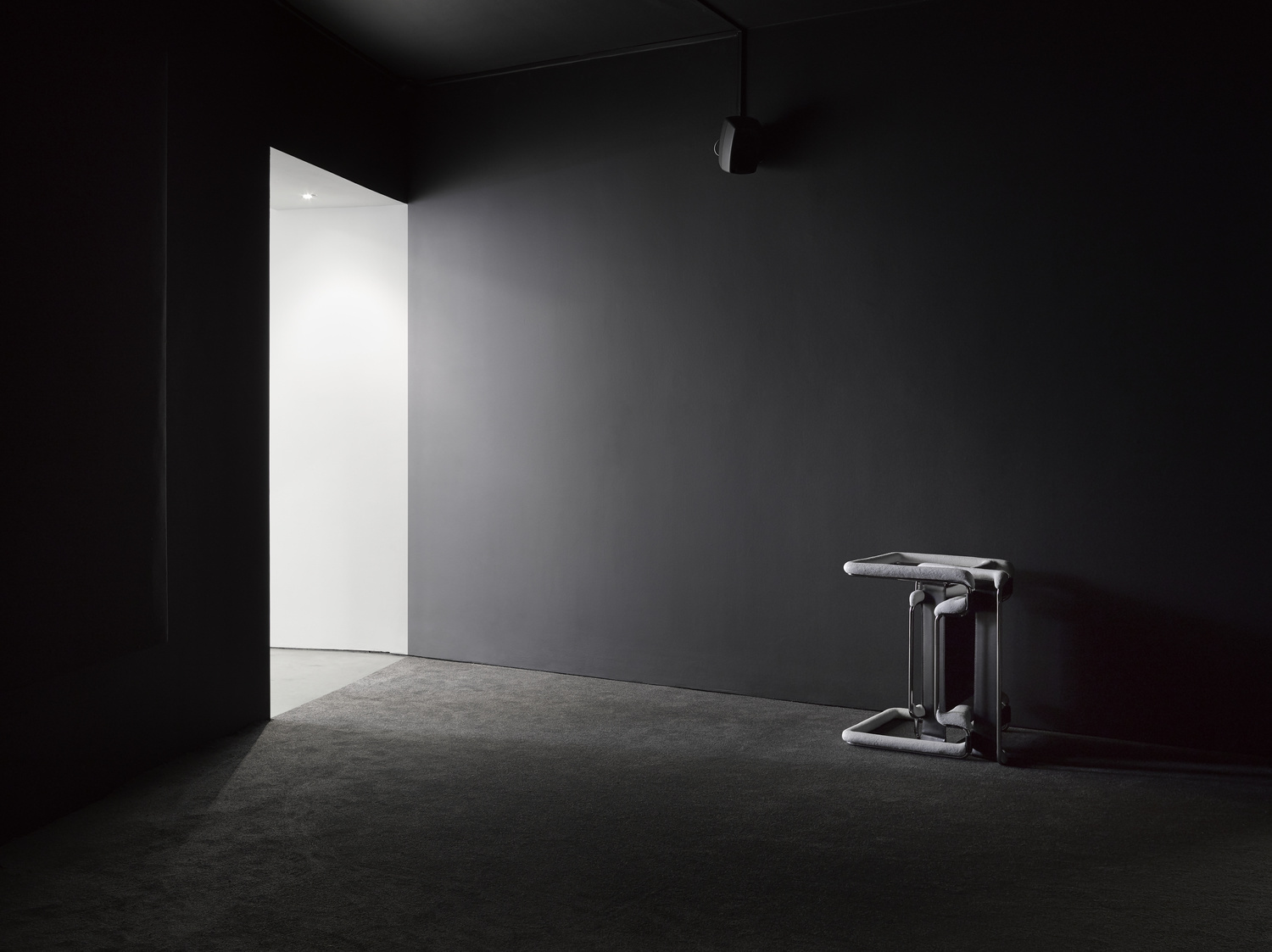 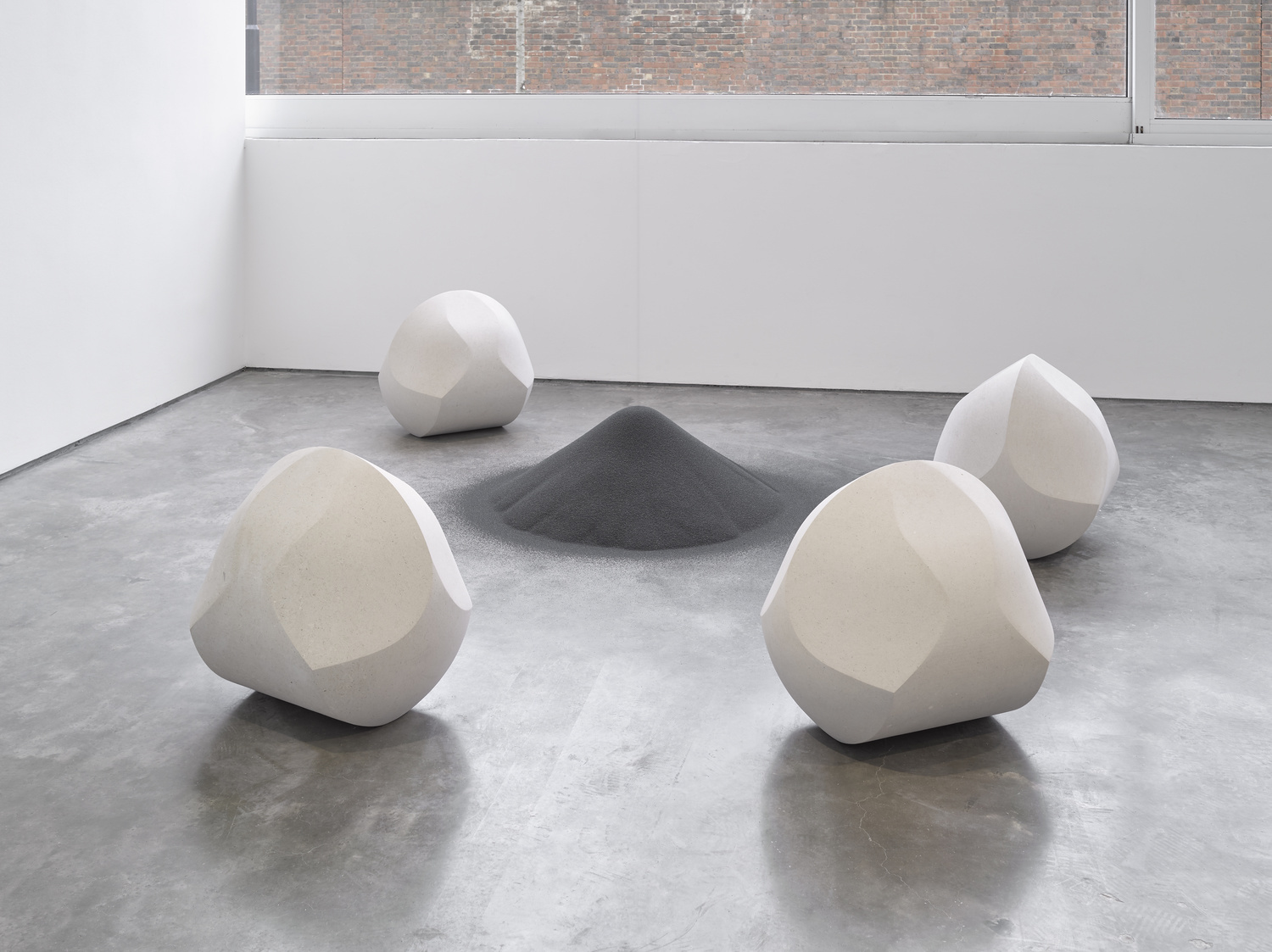 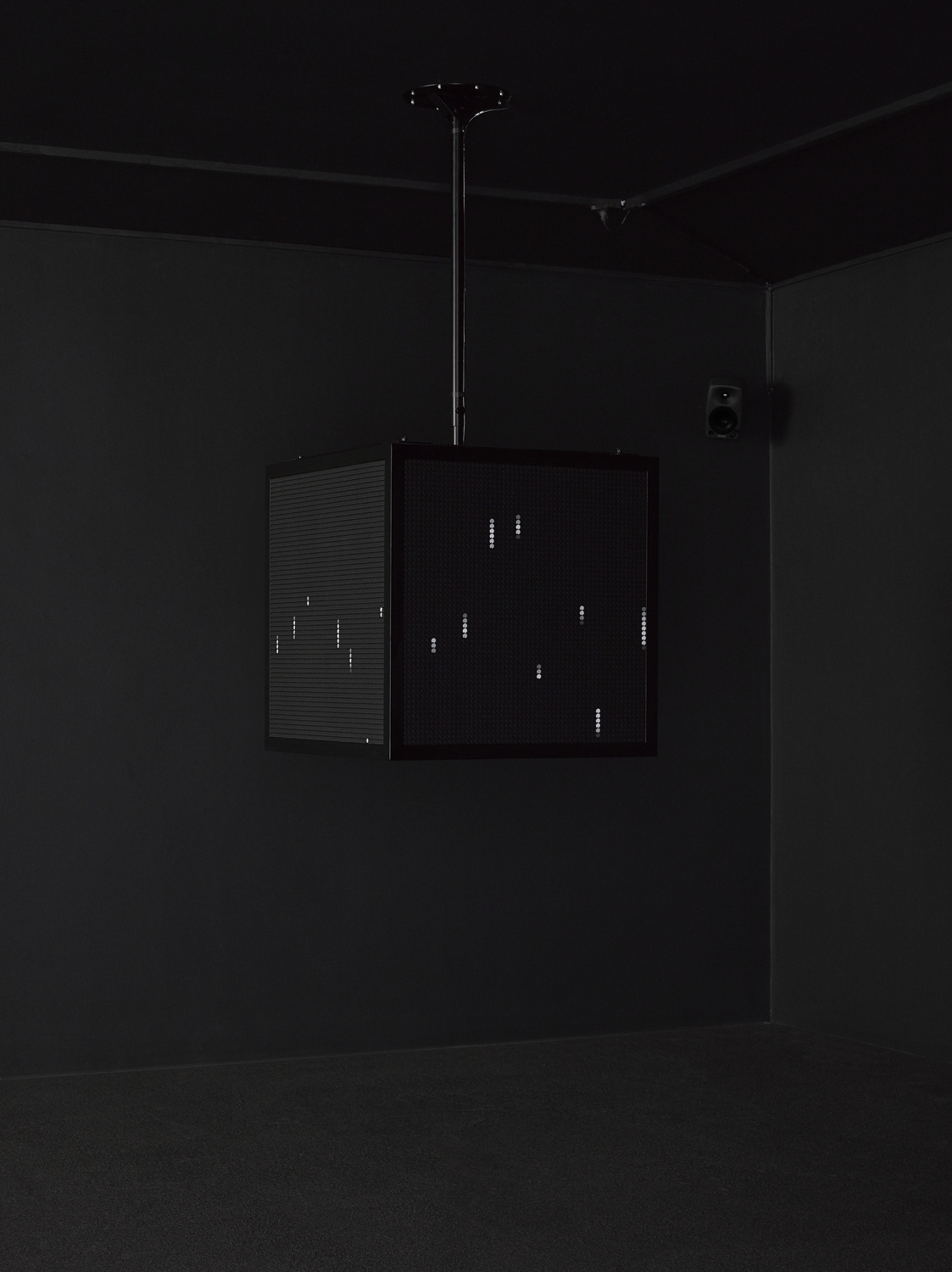