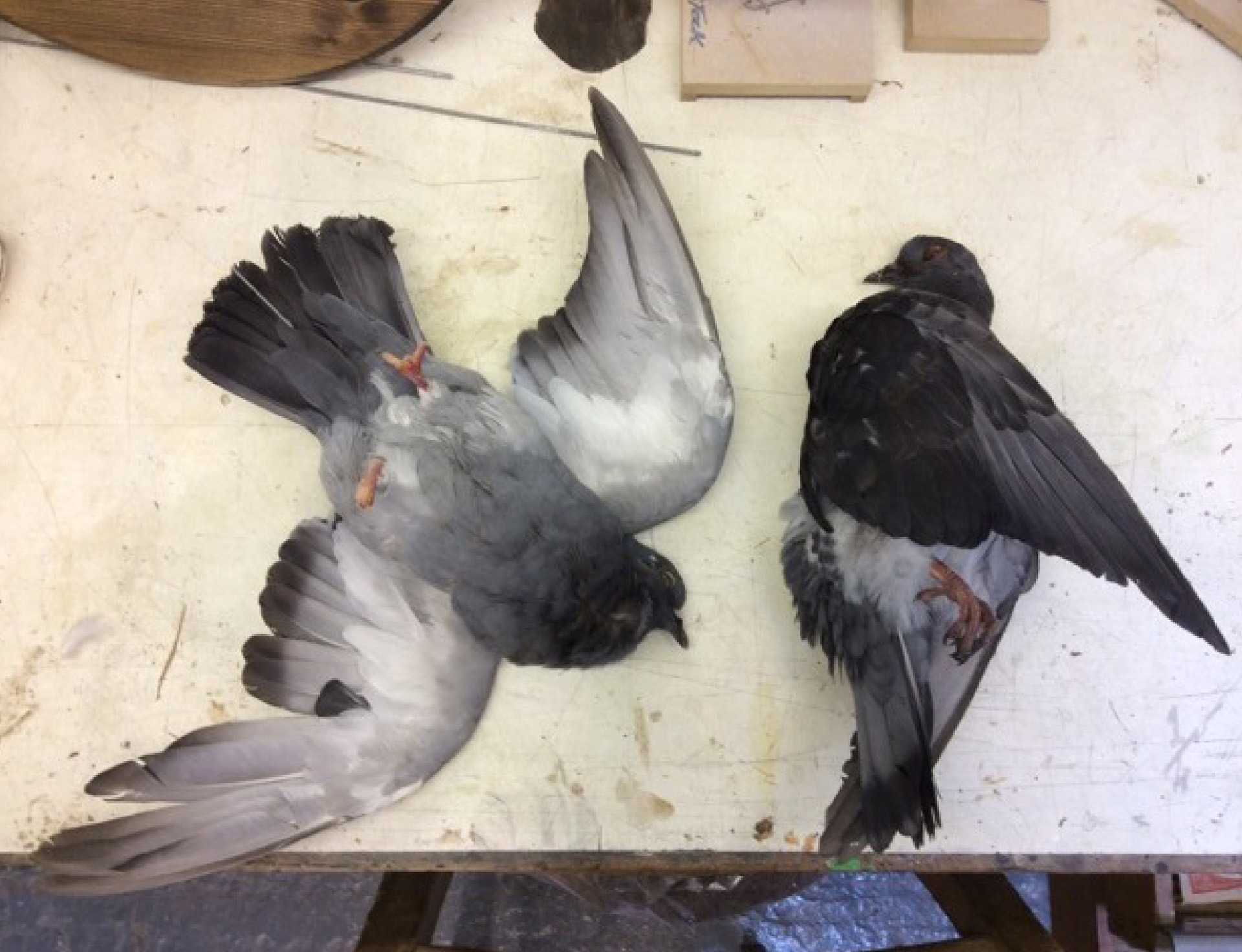 Ryan Gander returns for a third time to Lisson Gallery with Fieldwork, an exhibition of interlinking new works by the artist, each offering a glimpse of the inspirations that feed his practice. Encompassing everything including a kitchen sink, the exhibition presents an individuated encyclopaedia that includes a year’s worth of skies, the clothes of absentee statues, a tent, a helium balloon, the artist’s phone number and a pebble beach. As ever with Gander’s art, the forms convened in Fieldwork are elliptic and opaque, starting stories for the viewer to invent or complete.

Occupying the entire back gallery, the titular work Fieldwork 2015 opens a window onto the revolving touchstones of Gander’s art. Objects from the artist’s collection – each seemingly found but on closer inspection uniquely crafted (for instance, a National Trust sign protecting ‘Culturefield’, Gander's imaginary artistic utopia) – rotate round the room on a vast, walled-off conveyer belt. Views of these items gliding past momentarily (a baseball bat covered in nails, a pair of dead pigeons, a chocolate bar swoosh…) are granted via an aperture in the gallery's wall, creating a memory game of strange associations and a prism of connections (a chess set, a tortured teddy bear, a dead chick served on a plate with a napkin signed by Picasso…) through which to consider the rest of the exhibition.

An autobiographical inflection can be discerned in Preparation is everything (There will come a slowness and we should prepare for that also), a work composed of 365 daily attempts to mix the exact colour of the sky over Saxmundham, Suffolk, in acrylic paint; while the installation Never enough – a shingle beach filling the entirety of the downstairs gallery – likewise refers to the seascape near Gander’s home. Its endless pebbles reference an alleged punishment for those found guilty of the crime of smuggling: to seal up the perpetrator's storage cellar with stones washed up by the sea. Meanwhile The artist’s second phone, a giant billboard installed outside the gallery, borrows the aesthetic of vacant Mexican billboards to announce Gander’s phone number to all.

Just as the visitor can glimpse the items on Fieldwork 2015’s conveyer belt but cannot approach them; or peer down at the pebble beach but not access it; and can even call up the artist but is unlikely to be answered, so the other works in the exhibition also present sealed-off worlds and frustrate knowledge. Occupying the courtyard space is Night and Day, an internally lit, semi-transparent two-man tent crafted out of fibreglass resin, while the high-gloss black of what appears to be a helium balloon stuck in the gallery, similarly rebuffs scrutiny. Elsewhere, what cannot be seen is suggestive: the series As is… show the base and discarded robes from sculptures that have gone walkabout; while I be… (i) and I be… (ii) are dust-sheeted mirrors as might be found in a closed-up stately home, their crisply sculpted draperies teasingly shrouding the reflections that lie behind. 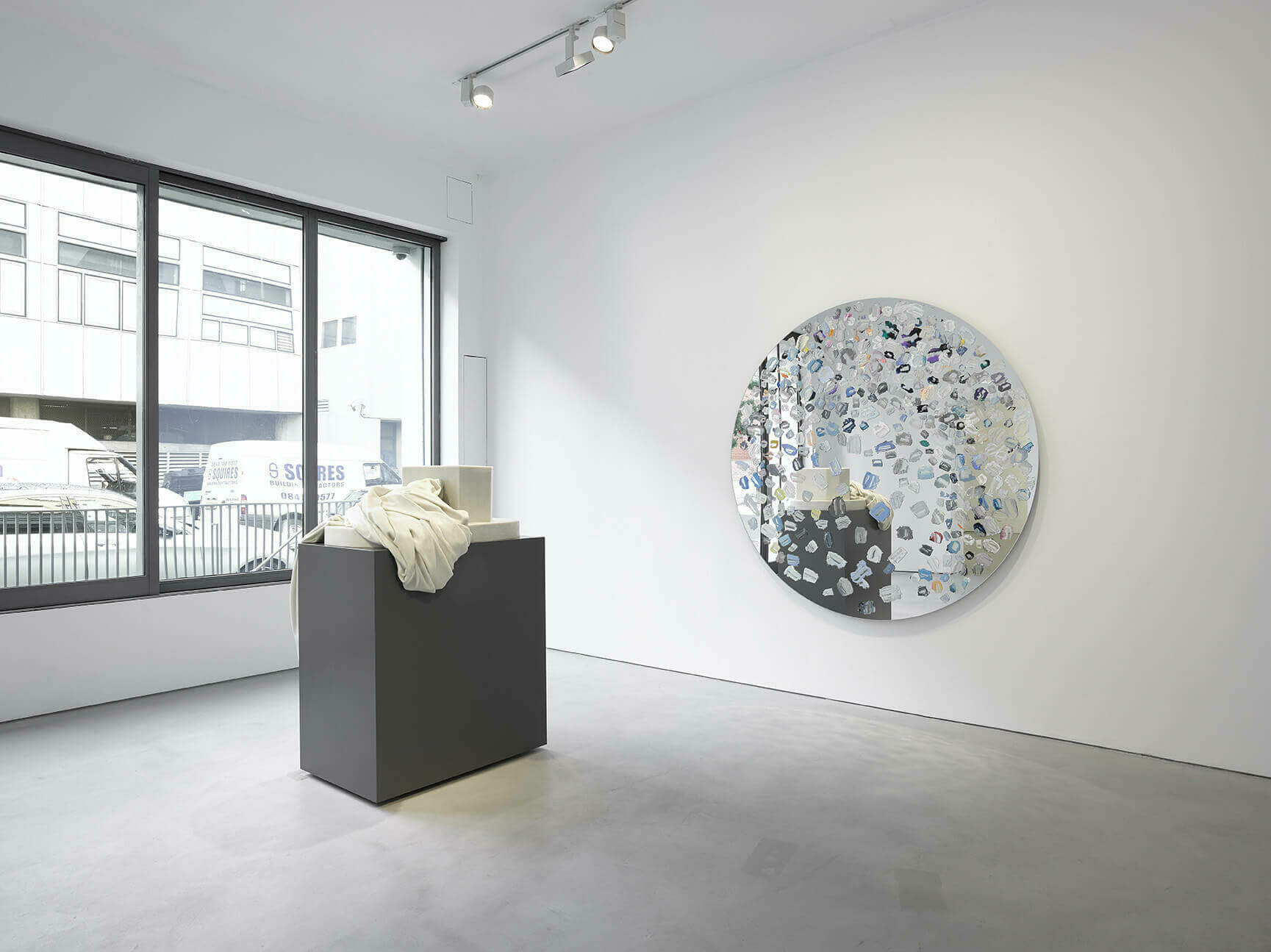 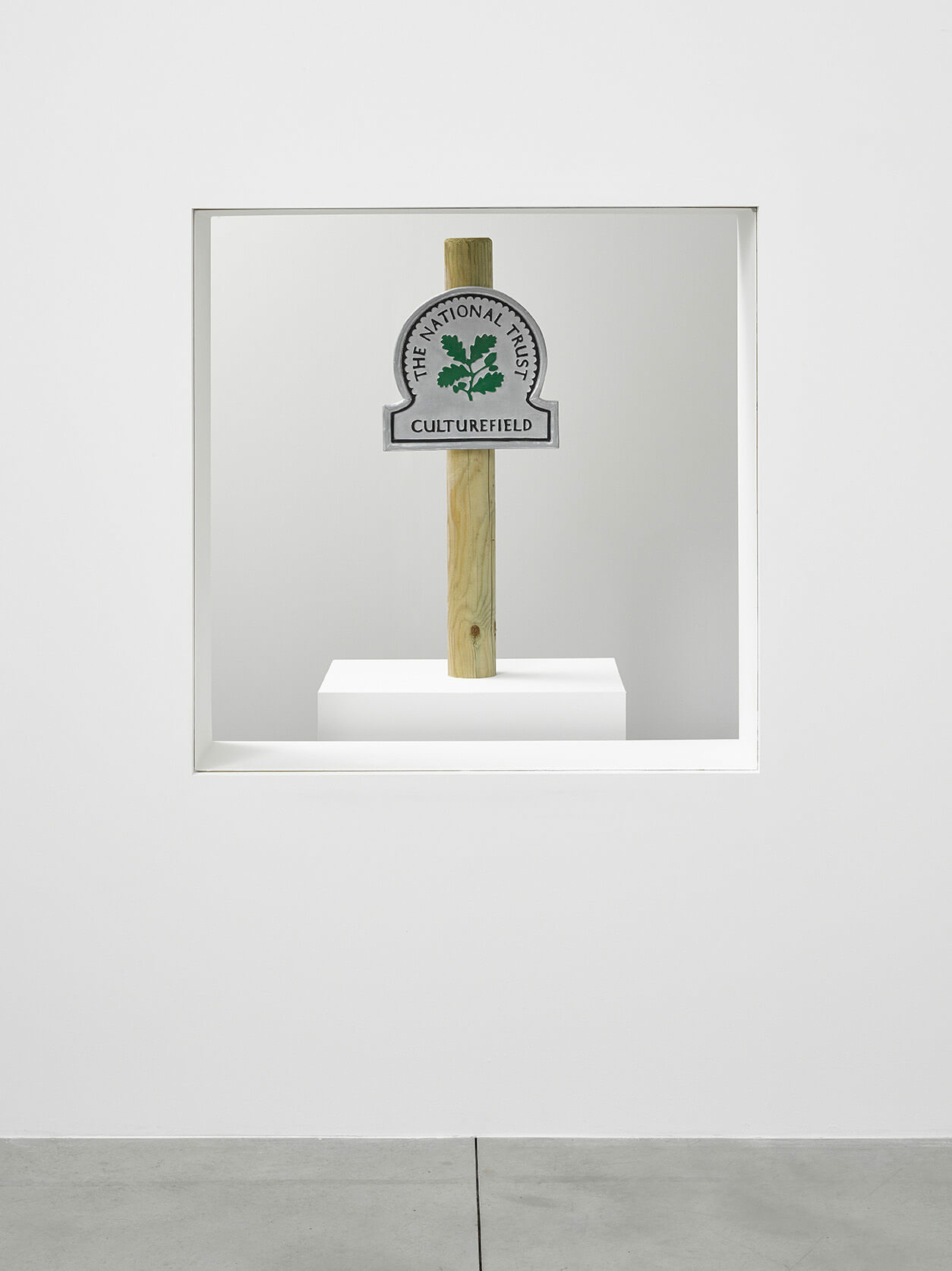 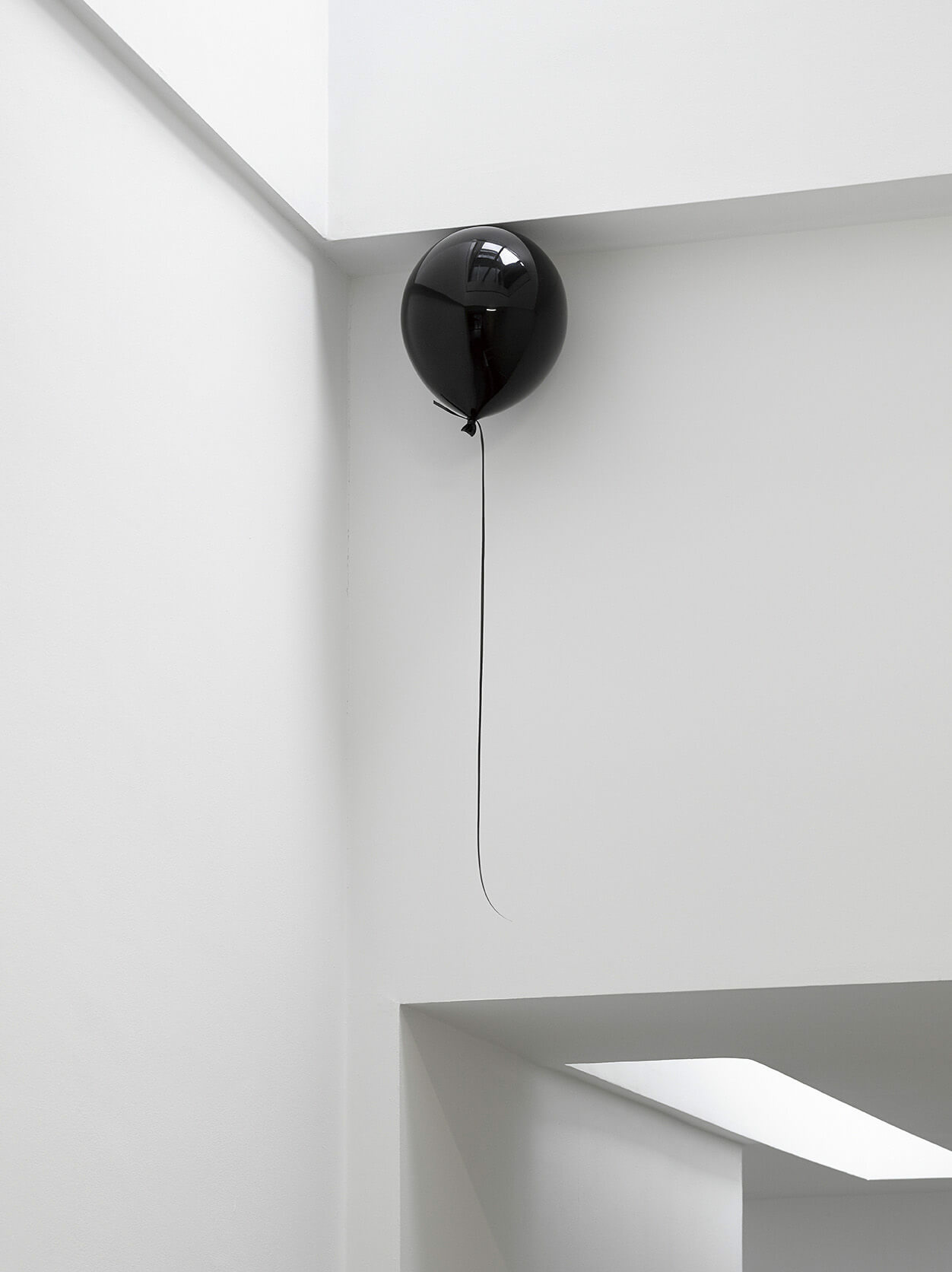 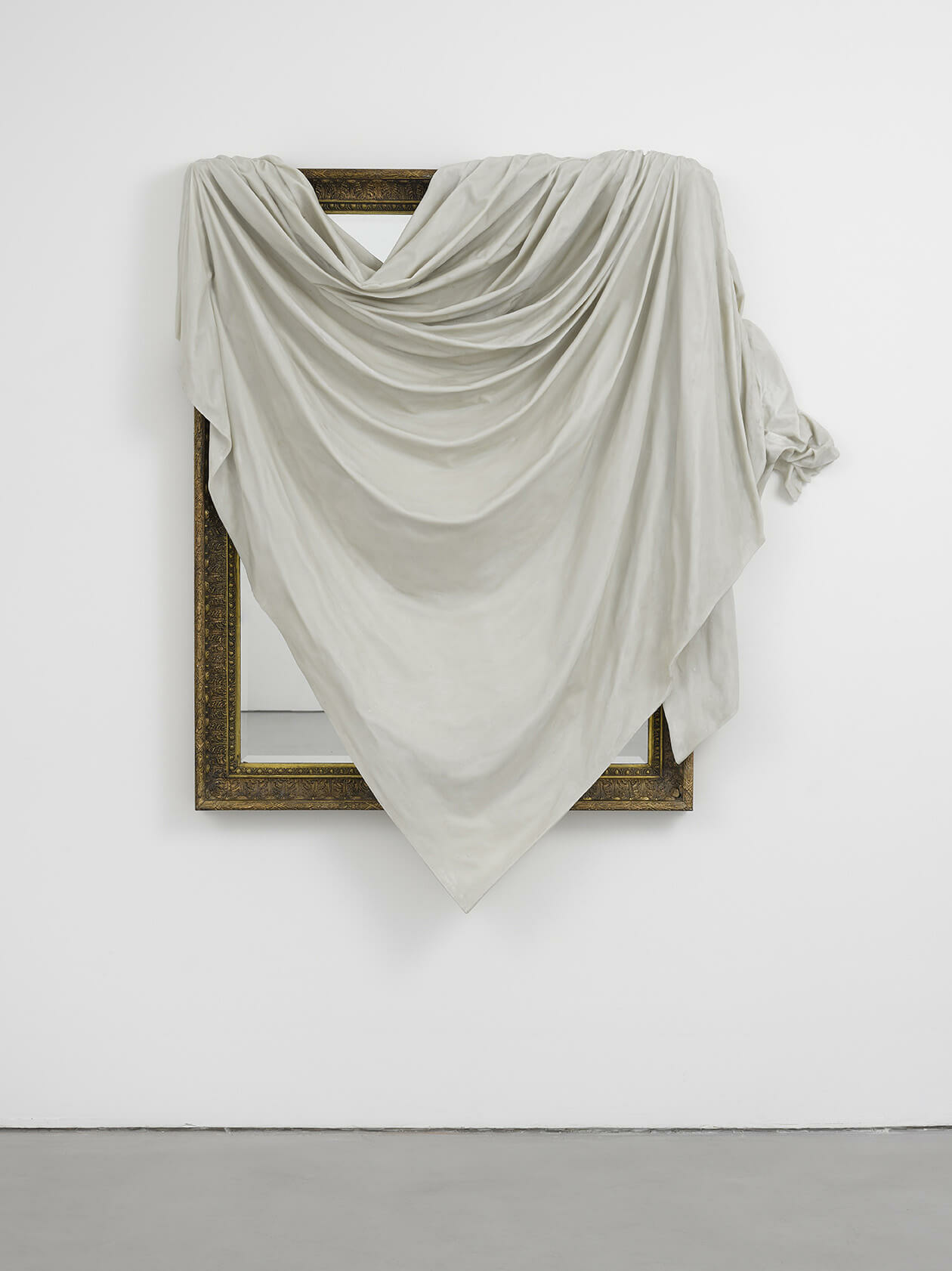 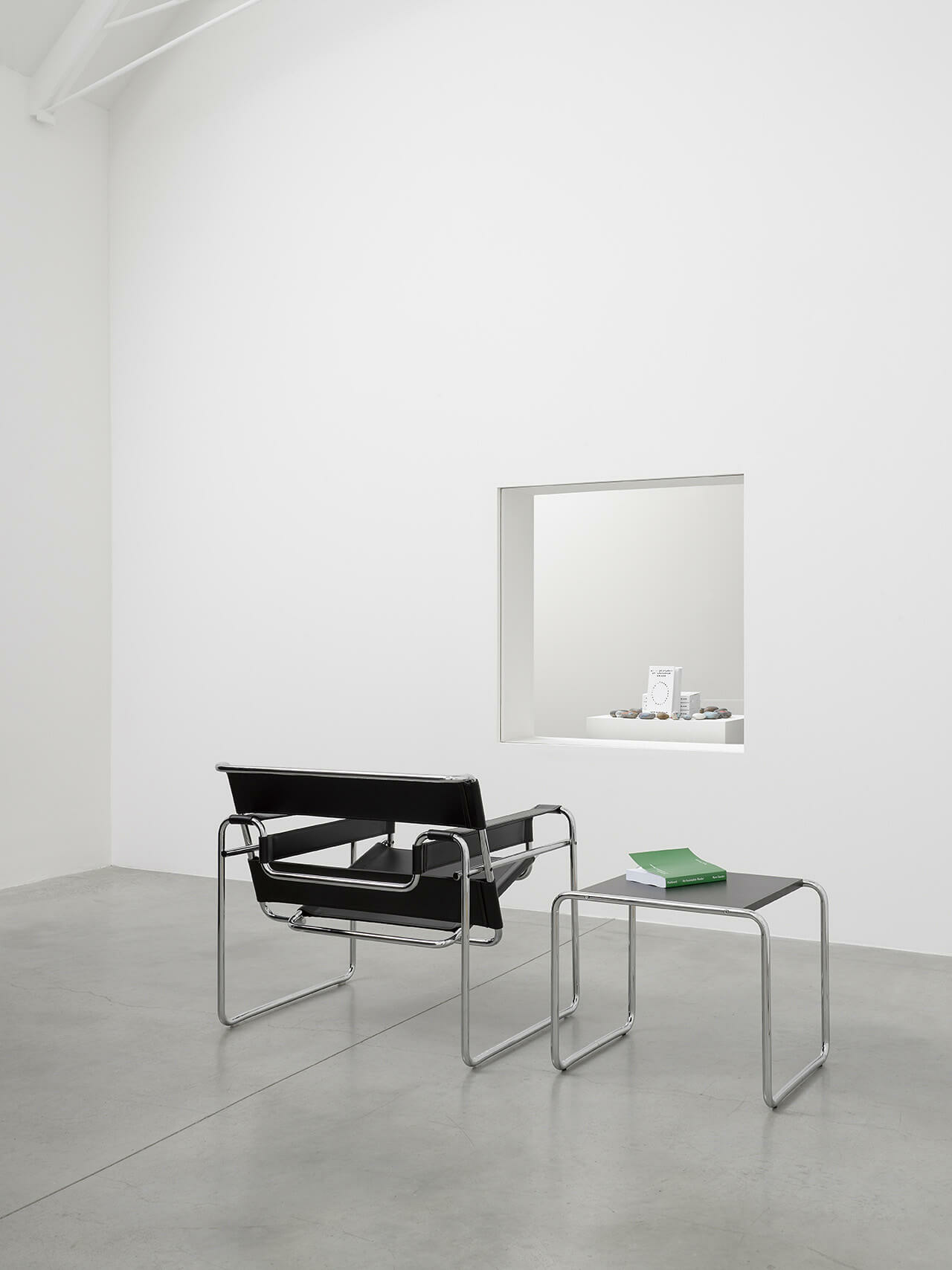 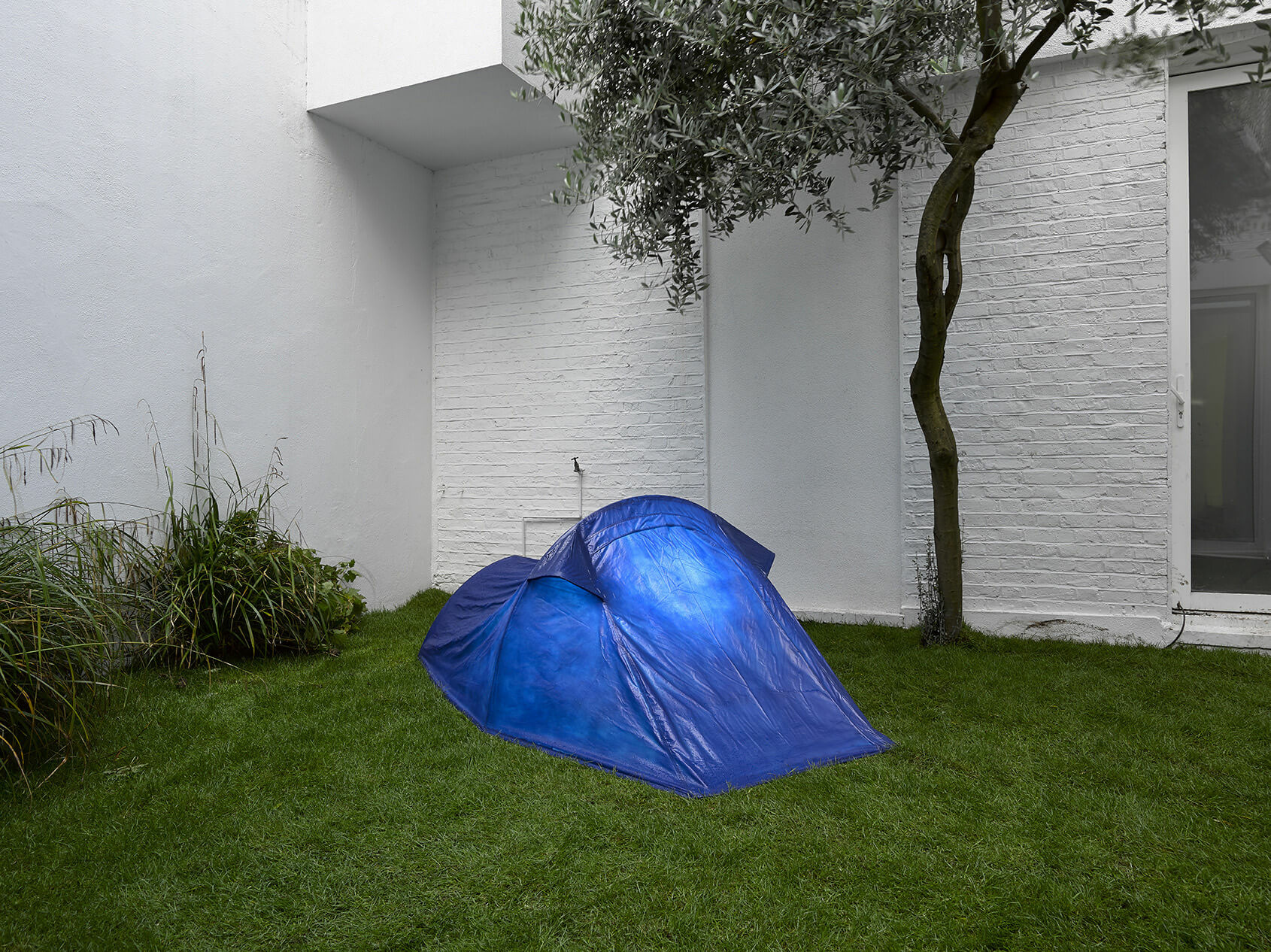 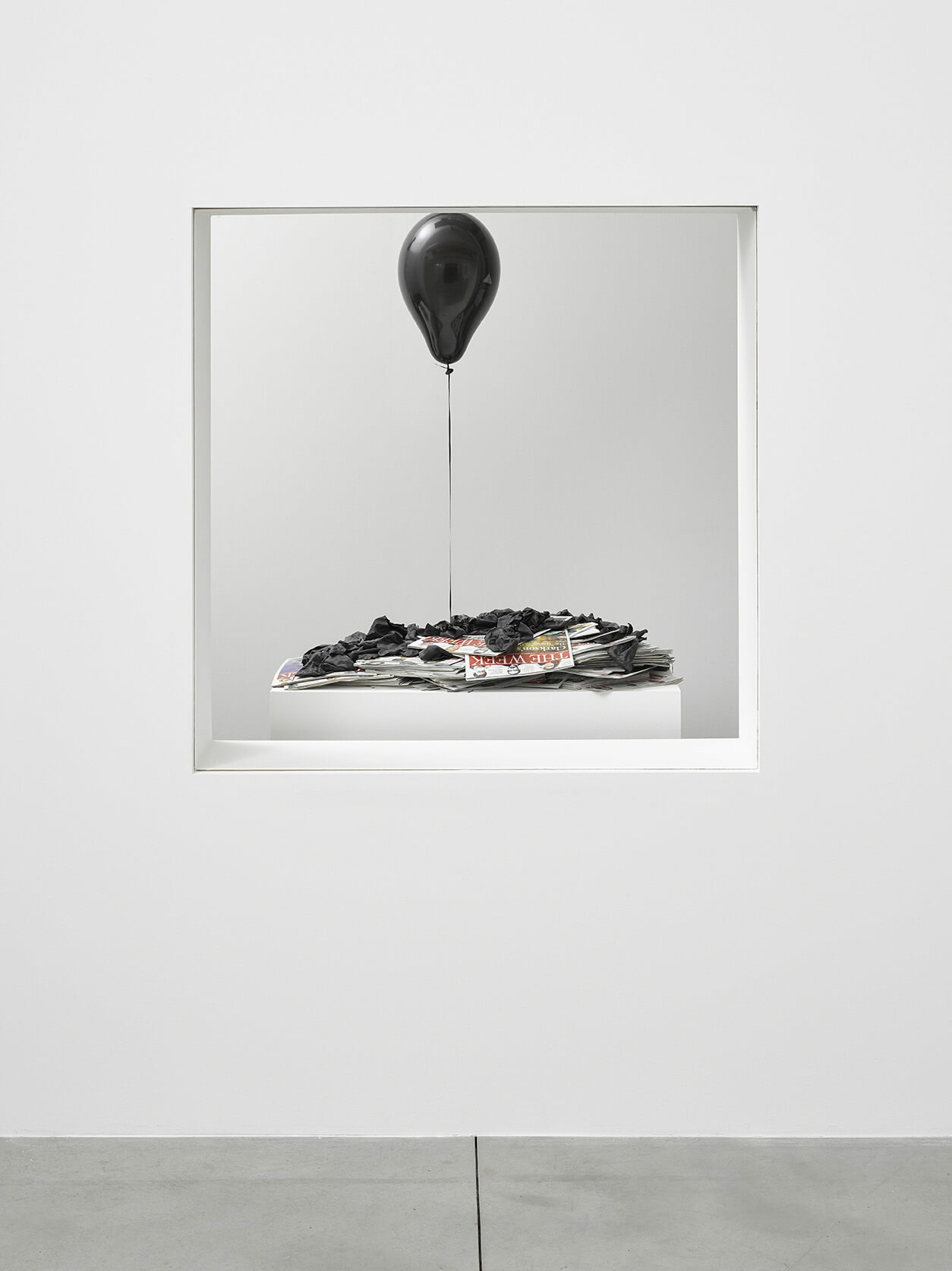 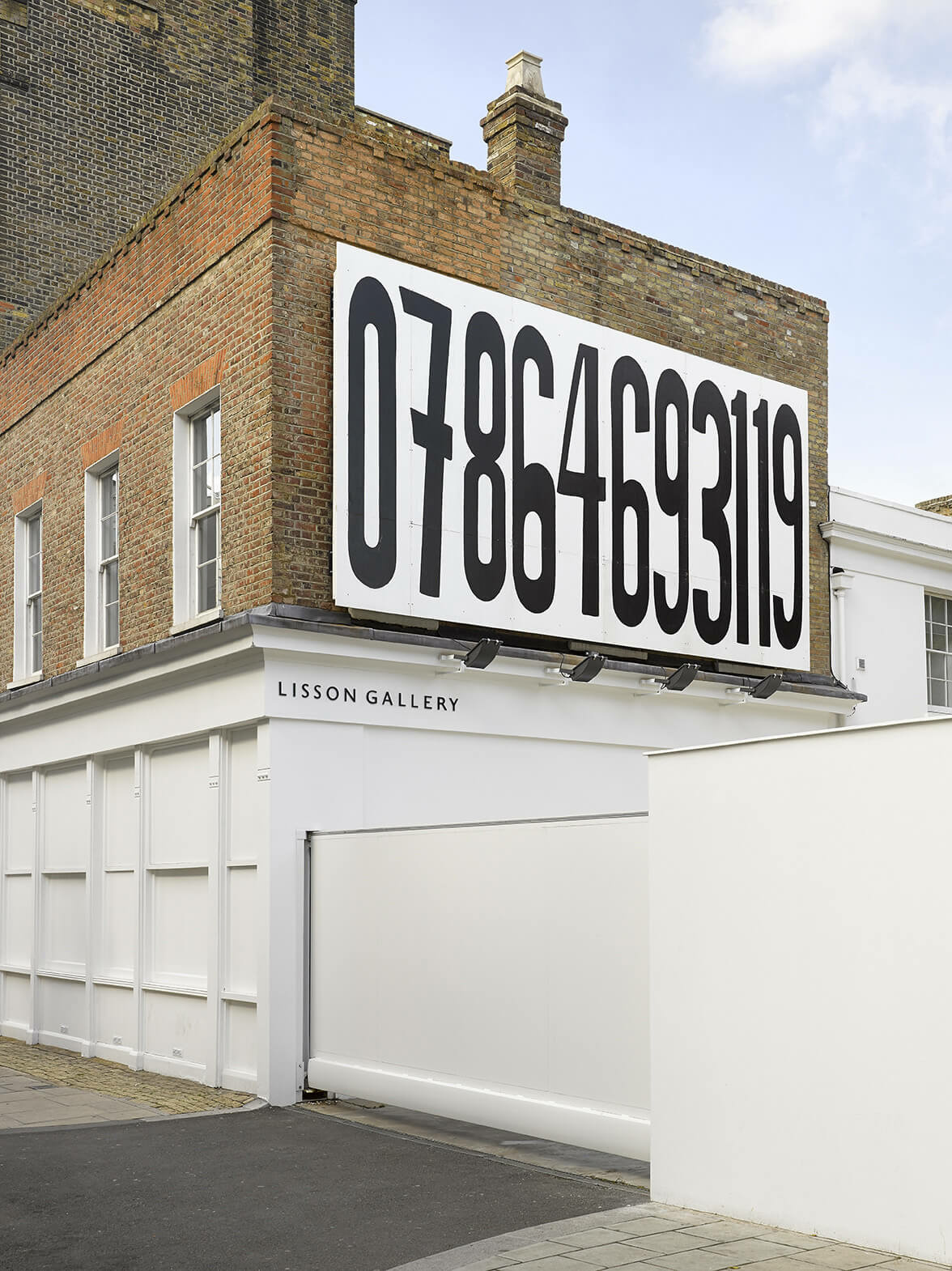 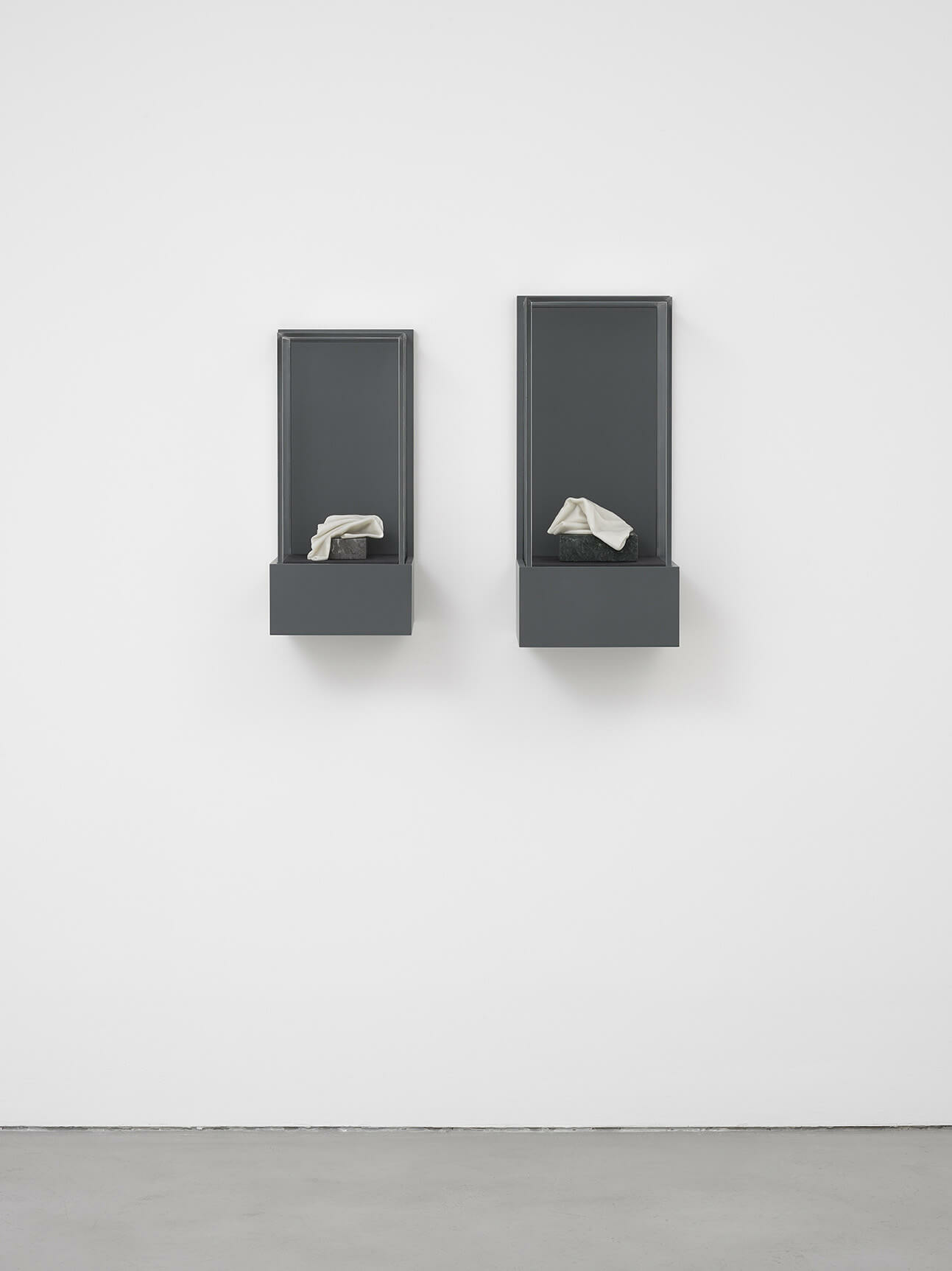 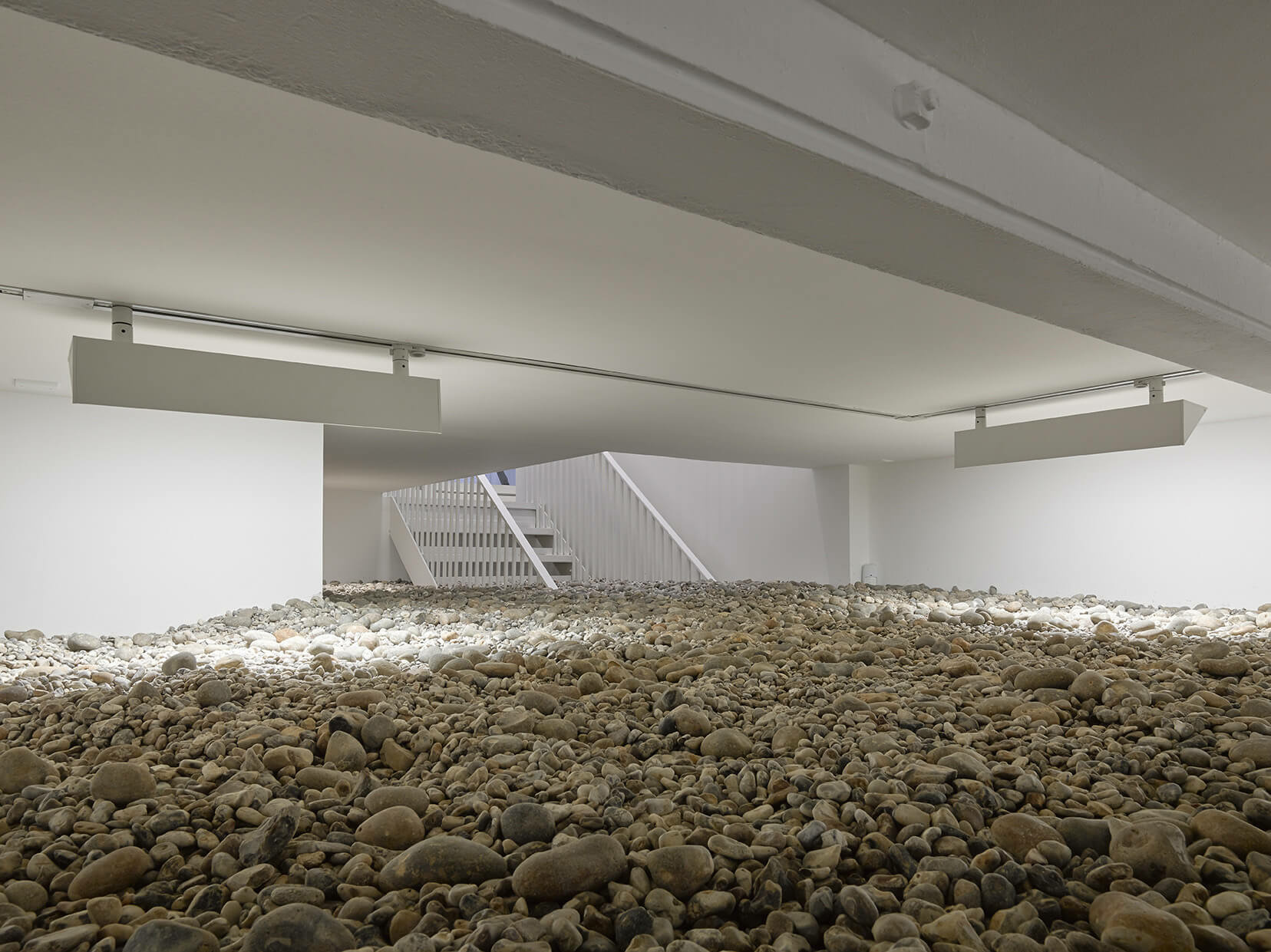 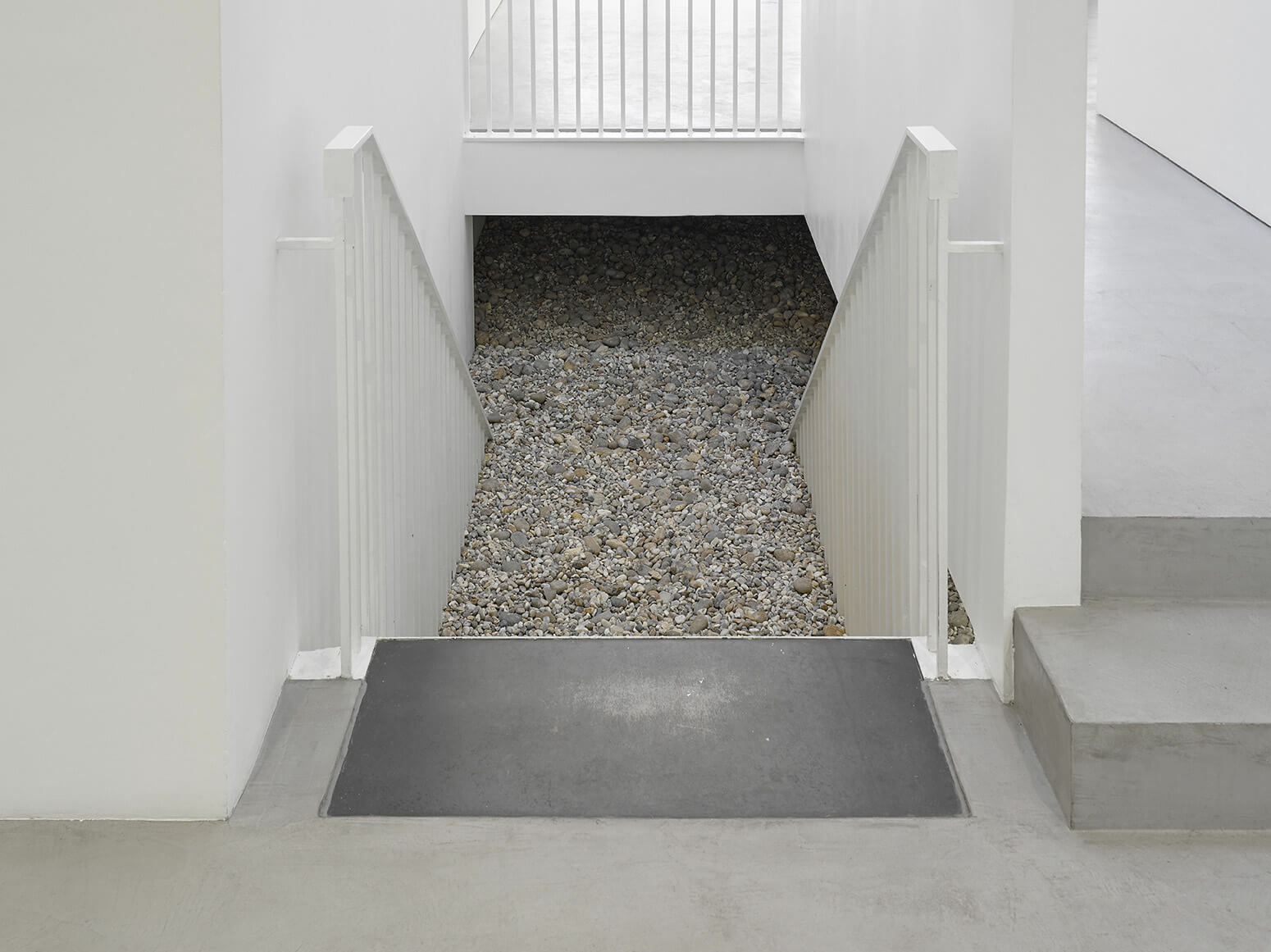 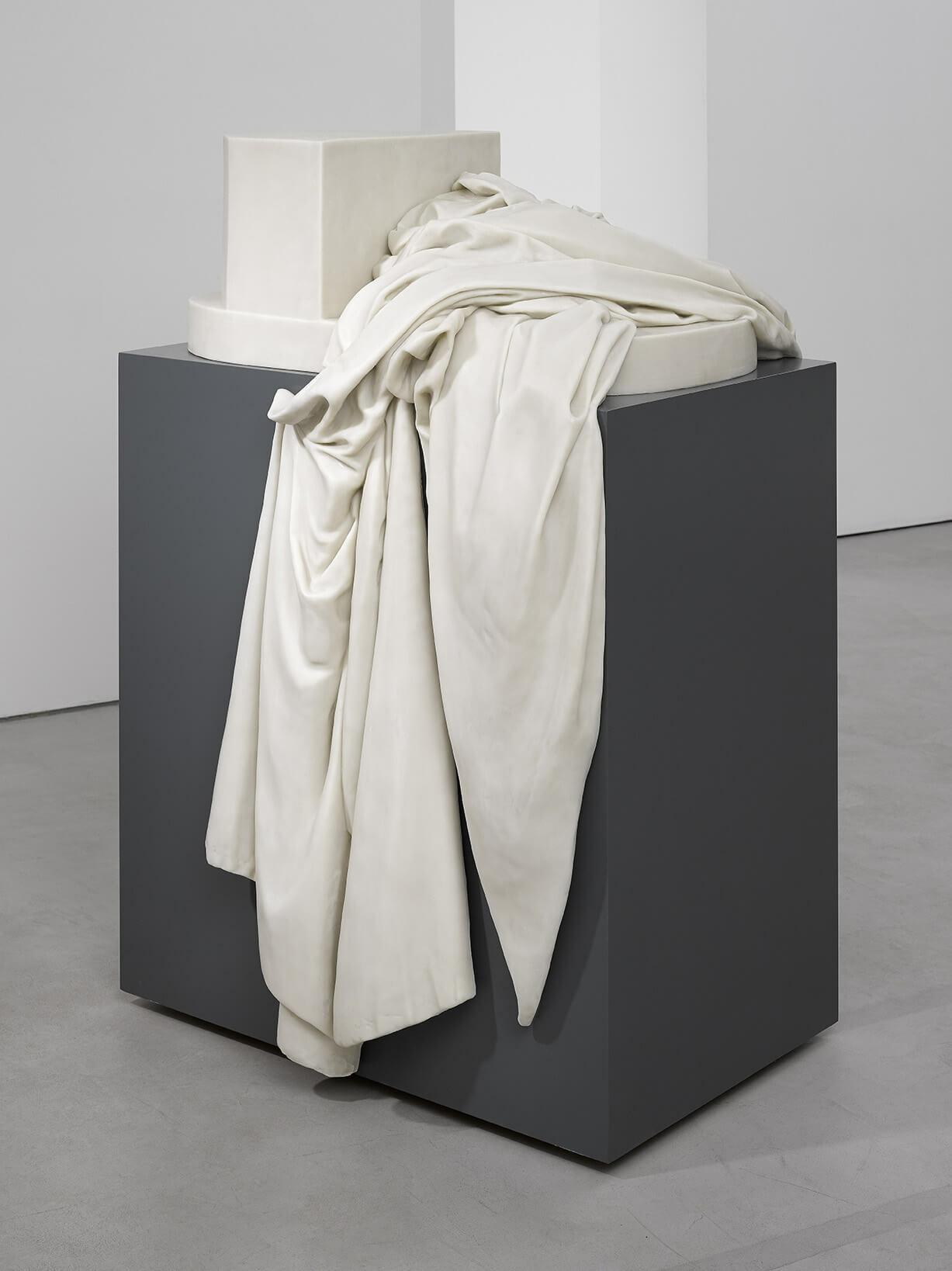 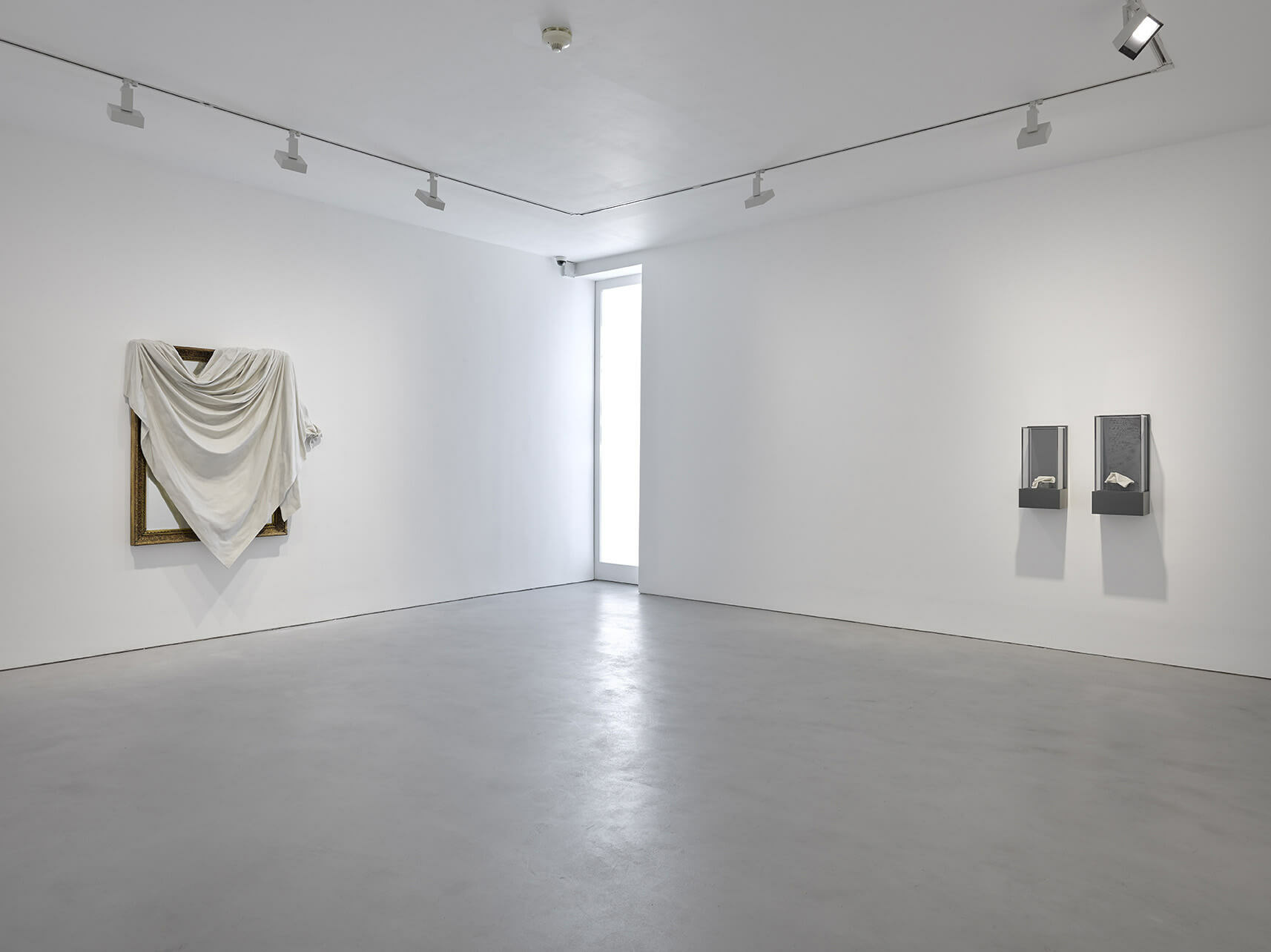 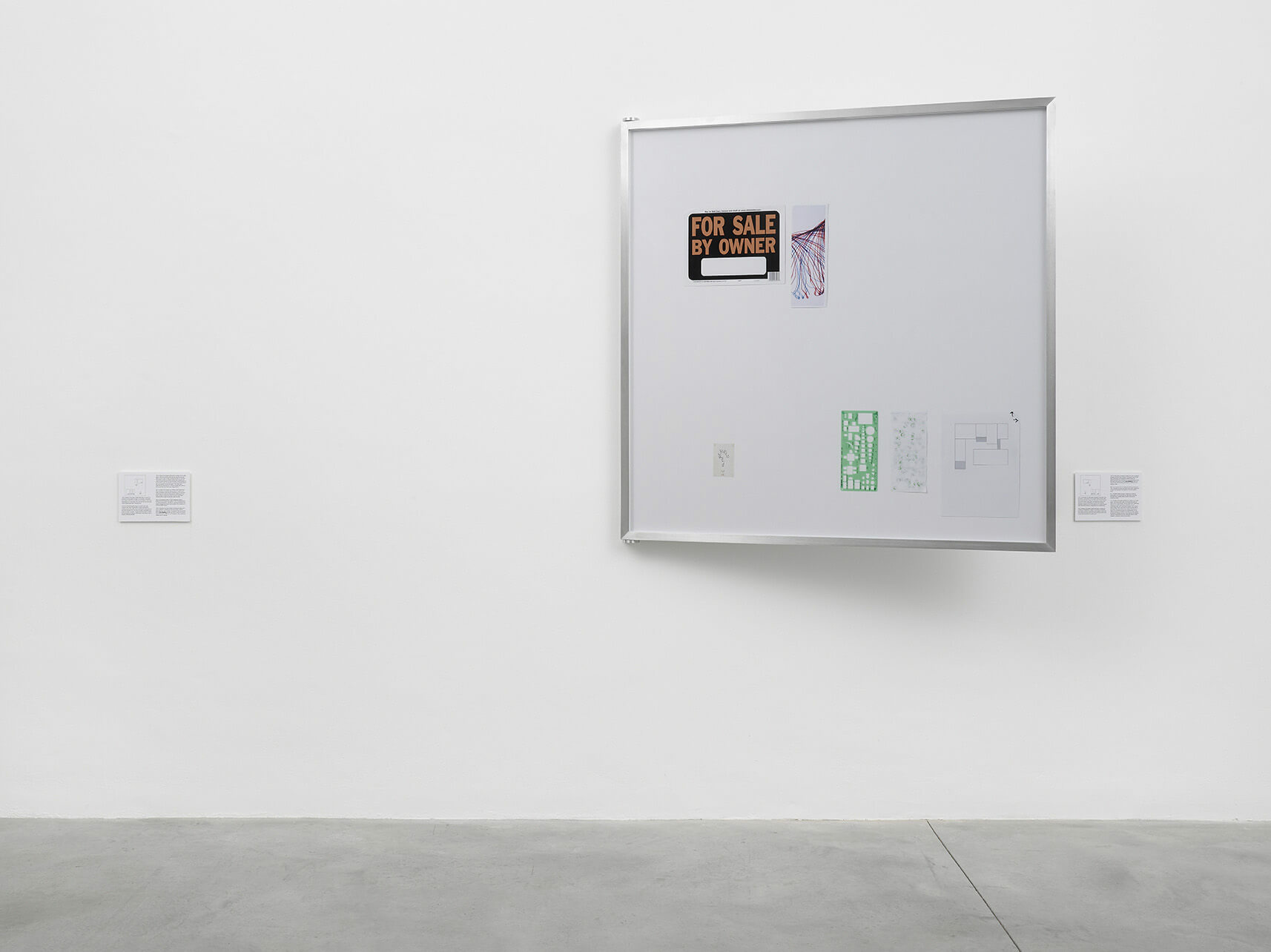