Rodney Graham: A Glass of Beer and Other Works 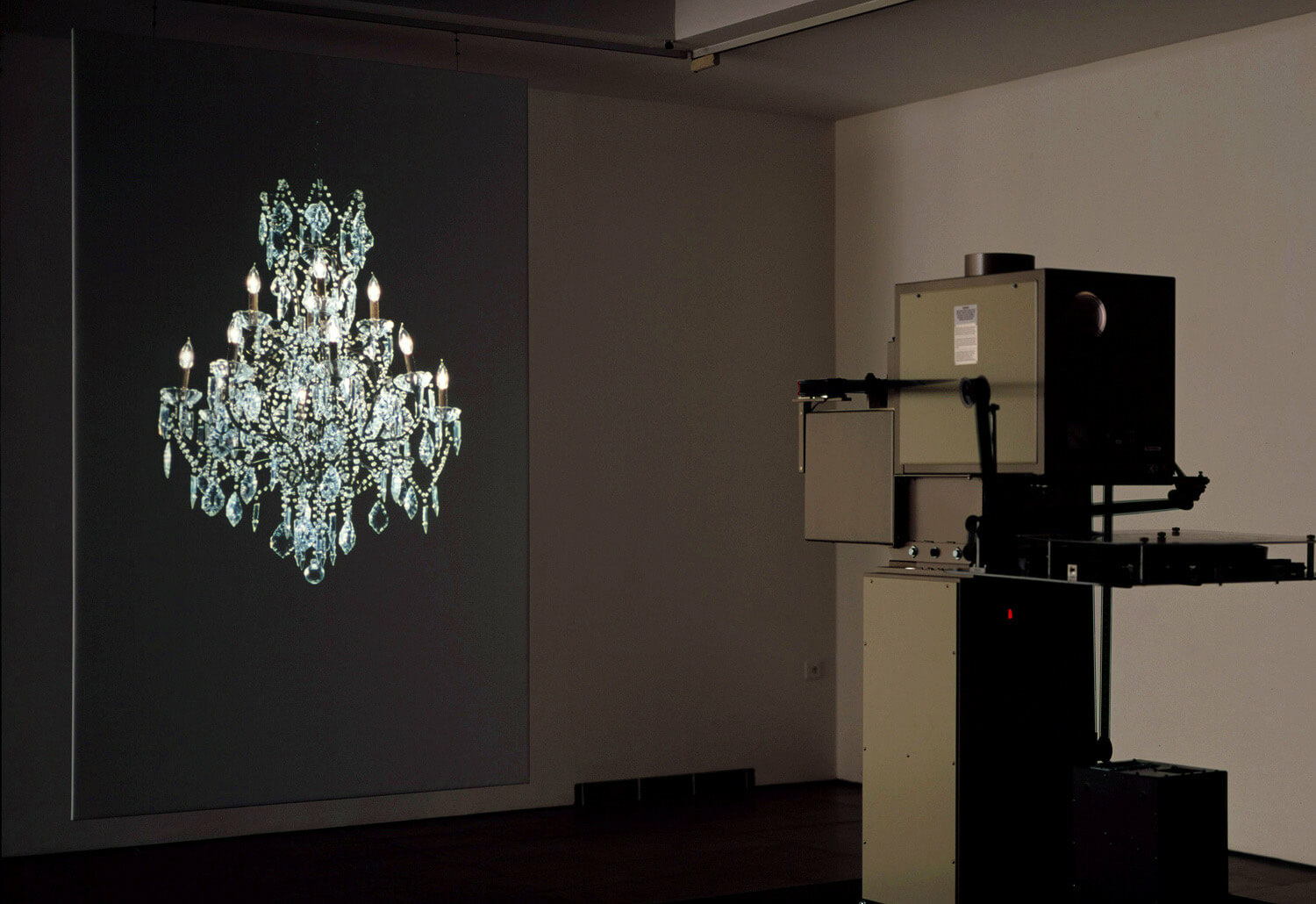 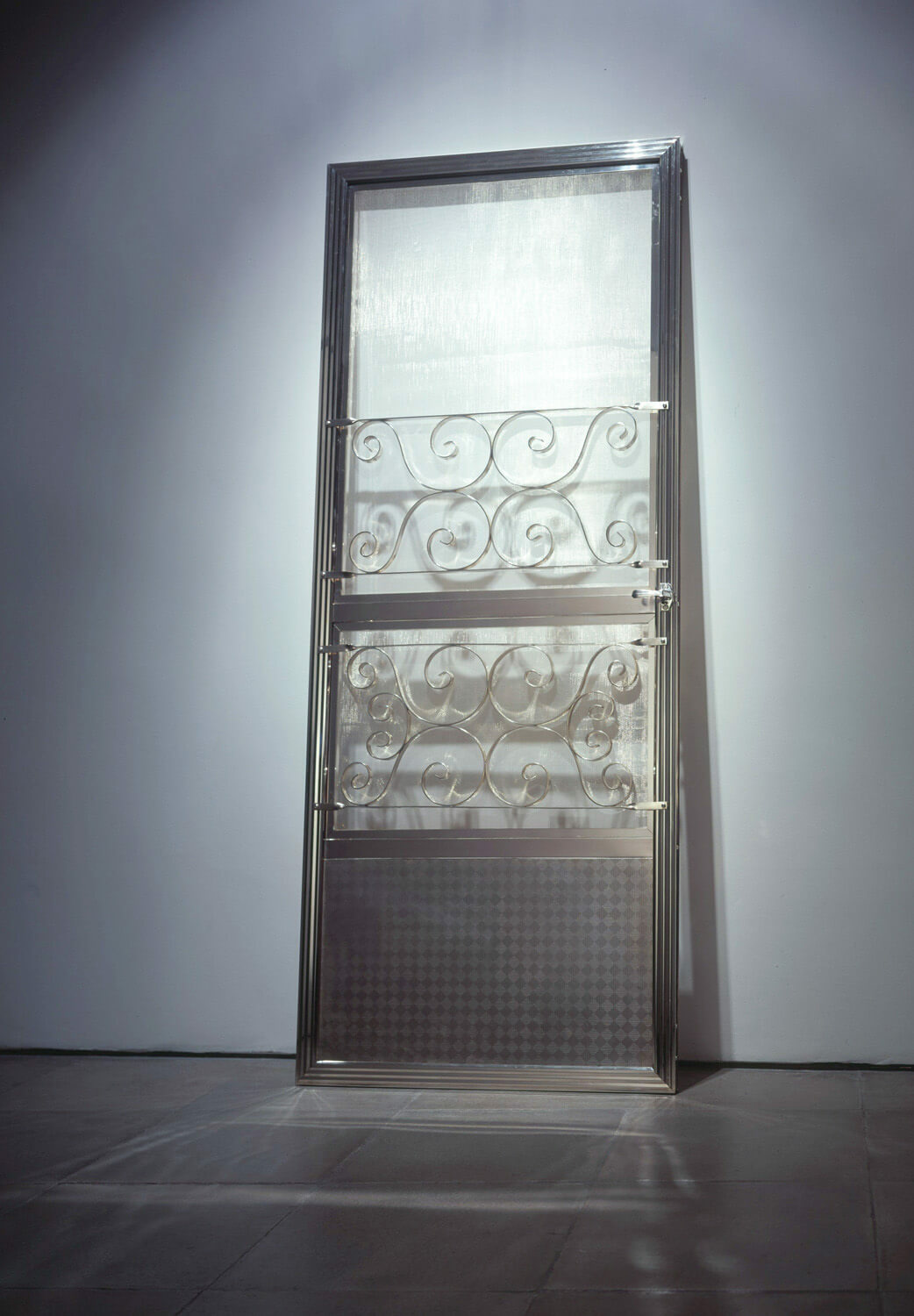 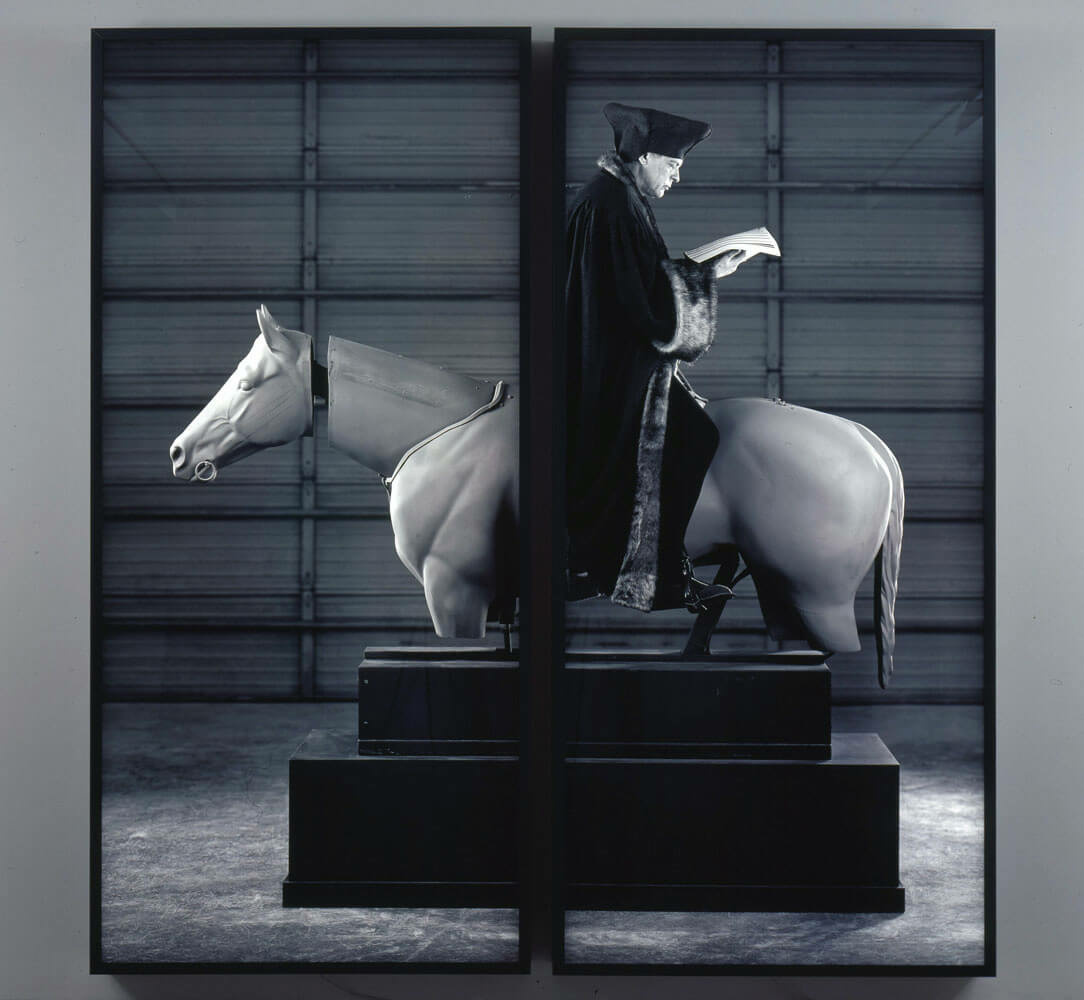 Allegory of Folly: Study for an Equestrian Monument in the Form of a Wind Vane, 2005, 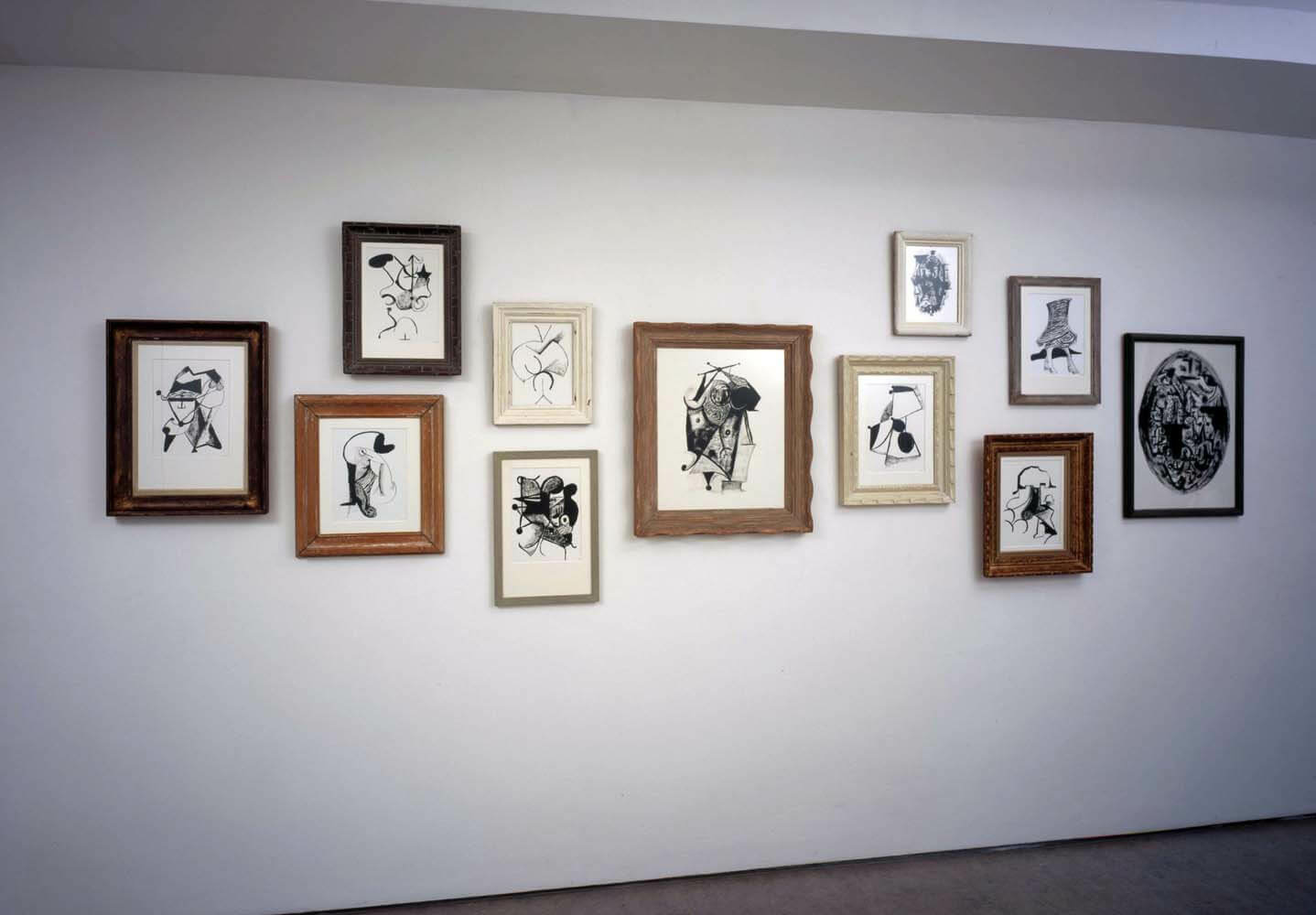 11 Drawings in the Modernist Style, 2005,
Ink on paper, picture frames 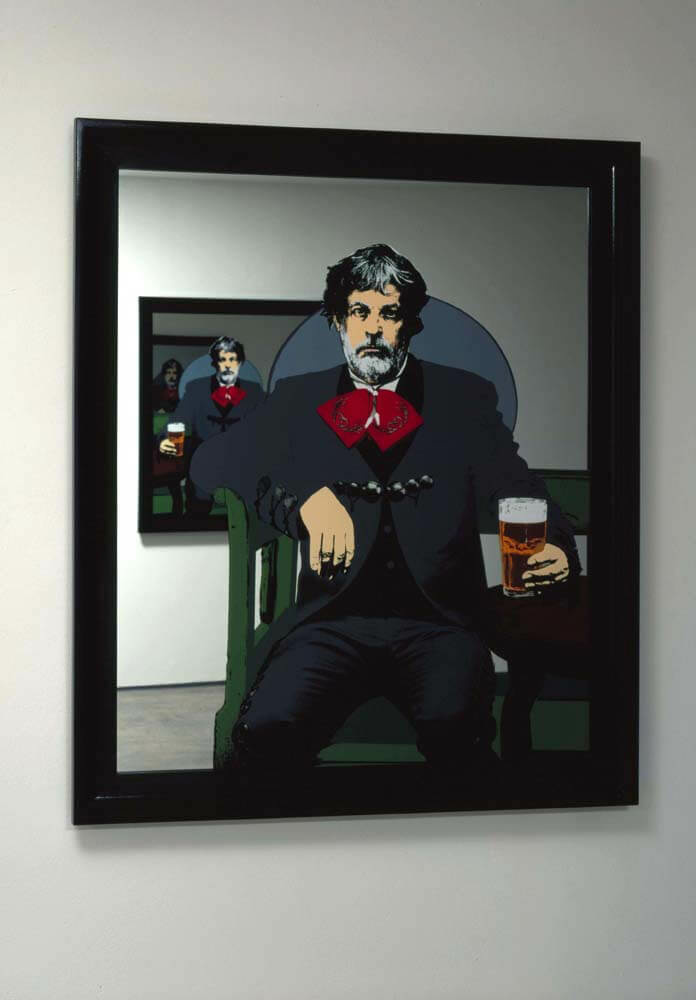 A Glass of Beer, 2005 ,
silk screen on mirror with lacquered frame

“It’s hard not to like the work of Rodney Graham. One becomes as friendly and intimate with it, as quickly and easily, as another finds it critical and detached. Production values are high. Sublimation is palpable. Elevated topics, detailing, finish, formal and linguistic concerns are all paramount. All of Graham’s works are dashed off in exquisite and effortless style. There can be little doubt that one is in the presence of a chaste and unsullied aesthetic.”
- Shepherd Steiner, Rodney Graham: A Little Thought, p. 112

Graham is recognised internationally for his intellectually rigorous art, developed since the mid-seventies. His multi-layered and complex art includes photography, film, video, sculpture, music and text based works. It negotiates between many different identities and territories drawing connections between them, more specifically borrowing the language and isolated narratives from the worlds of science, film, pop culture and art history.

Torqued Chandelier Release, 2004, a 5 minute single reel/single shot 35mm film, was inspired by Isaac Newton’s experiment illustrating the theory of relative and absolute motion, in which Newton used a bucket of water suspended from a rope, wound up and released. Here, Graham replaces the water bucket with an ornate crystal chandelier. The film is shot and projected back at 48 frames per second, twice the normal film speed to mimic new formats such as IMAX, which results in spectacular clarity at high speed. In addition, the film is projected vertically emphasizing the orientation of the chandelier, this is achieved by a custom made projector lying on its side.

In Screen Door, 2005 Graham replicates the aluminium back screen door of Elvis Presley’s mansion, Graceland in pure silver. The original, removed in 1968, was left in storage and then sold at auction in Las Vegas in 1999, along with other personal items such as his bible, his handgun and his Texaco credit card. Graham takes this ubiquitous North American object and transforms it into a “very large piece of jewellery”.

The Glass of Beer, 2005, a framed mirror with a silk screened portrait of the artist, has several sources of inspiration: the image draws from Manet’s Le Bon Bock (the good pint), 1873 depicting an elderly, bearded man drinking a beer in a pub. The format comes from pub décor, mirrored beer adverts, and rock/pop memorabilia, (images of Motley Crue, the Dallas Cowboys Cheerleaders screened onto mirrors). Graham’s mariachi outfit suggests the costume of a musician whilst evoking something of Manet’s Spanish paintings.

Allegory of Folly: Study for an Equestrian Monument in the Form of a Wind Vane, 2005, is a photographic study for a proposed wind vane to be installed on top of a public building. The artist is posed in the costume of a Humanist scholar (specifically Erasmus, after the portrait by Hans Holbein) astride a mechanical horse (of the type used to train jockeys), backwards, reading a large volume (in fact the Vancouver phonebook). The work proceeds from an anecdotal fact regarding the life of Erasmus: Erasmus is known for having composed In Praise of Folly during an equestrian trip from Italy to England. The image is to be used as the model for an identically scaled work in bronze. Graham has made a wind vane before---a much smaller work that represented the artist astride a bicycle, also in a backwards position.

10 Drawings in the Modernist Style, 2005: these works (india ink on paper with found frames of various sizes) continue the artist’s exploration of early modernist graphic and painterly tropes...

Graham’s work can be found in a number of public collections worldwide and has been shown in landmark exhibitions such as Munster, 1987, Documente IX, Kassel, Venice Biennale 1997. He has exhibited in all major museums in both Europe and America including the DIA Centre for the Arts, New York, the Whitechapel Art Gallery, London, K21, Dusseldorf. His North American retrospective is presently on exhibition at the Institute of Contemporary Art, Philadelphia until 23rd December 2005 this show has toured from the Art Gallery of Ontario, Toronto, The Museum of Contemporary Art, Los Angeles and the Vancouver Art Gallery, Vancouver.